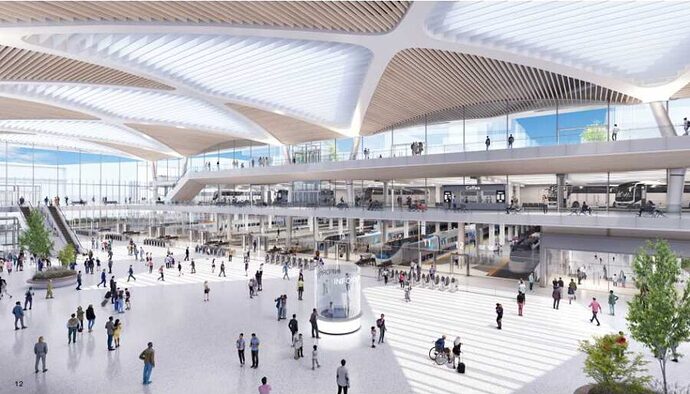 900×515 98 KB
A rendering of Union Station’s new train hall. The hall is expected to compliment, not replace, the historic building that’s long been the face of the century-old station.

„Visitors can make their way from the historic building to a new train hall, which is designed for daylight and for passengers to more easily spot where to catch their bus or train. The station also connects to Metro and DC Circulator services.

Parking is located at the lowest level, along with the majority of the pickup and drop-off area and two of the four concourses lined with retailors. From there, visitors have their pick of escalator or elevator to travel up to the train station. And above the train station is the bus facility. The project assumes increased use, so bus and train capacity has been added. The highest level offers an outdoor deck where people can be dropped off or picked up, or simply leisure along some green space.

Developer Akridge plans to create a mix of residential and commercial buildings next to the center space with greenery, along the 15 acres of air rights north of Union Station. However that $3 billion project called Burnham Place is contingent on the redevelopment of the station.

The latest design accounts for public feedback, including from local government officials who were critical of an earlier proposal that had a massive parking garage. Members of the Commission of Fine Arts seemed to largely support the plan, however a few voiced reservations that the historic building would become just a passthrough to the new train hall.

The Federal Railroad Administration needs to complete more steps, including an environmental impact statement, before the project enters the final design phase and construction, according to Griffin.“ 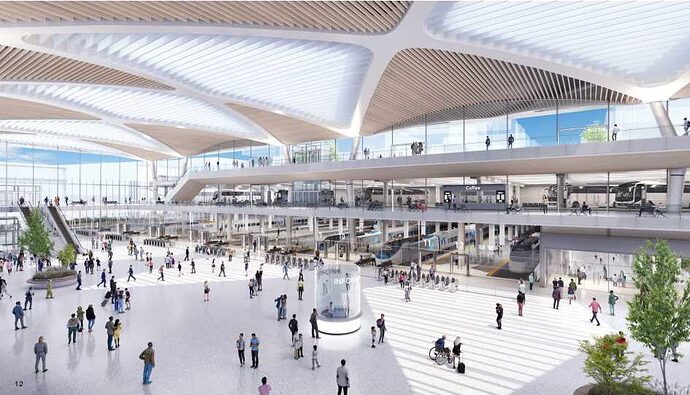 Here's What DC's New Union Station Could Look Like

It’s good that it isn’t replacing the original,that’s one of the best stations in the nation 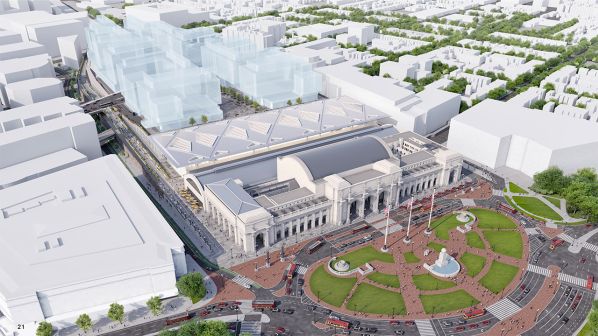 Plans for the Washington Union Station Expansion Project have been unveiled, including renderings of station tracks and platforms. 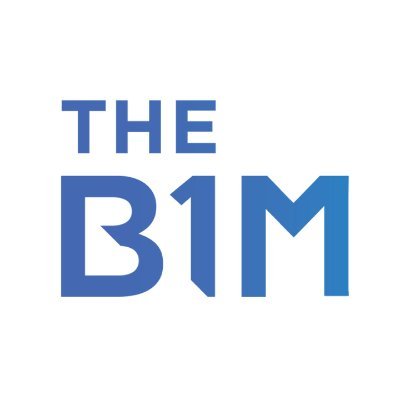 @TheB1M
Washington DC's iconic Union Station is planning a $10BN expansion. The scheme is one of several across the US that's now progressing with funding from the Infrastructure Investment and Jobs Act of 2021 - bit.ly/3zXIc18 #infrastructure #architecture #rail #construction https://t.co/a6xxTlax0T 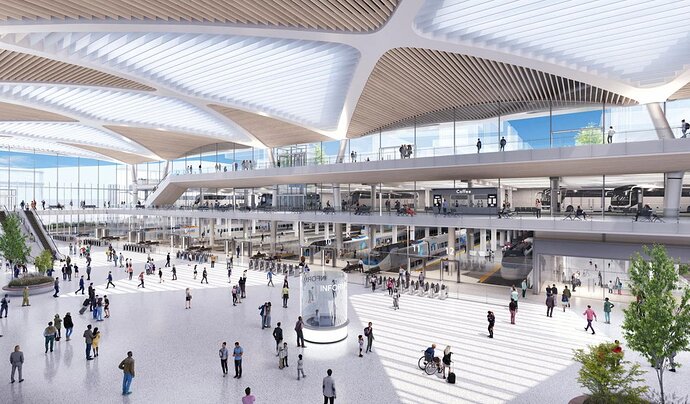 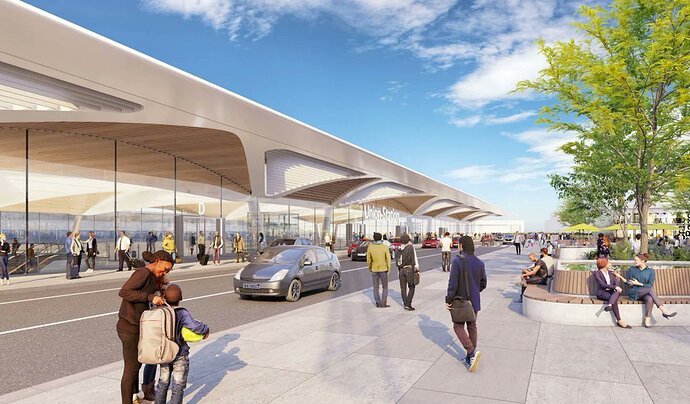 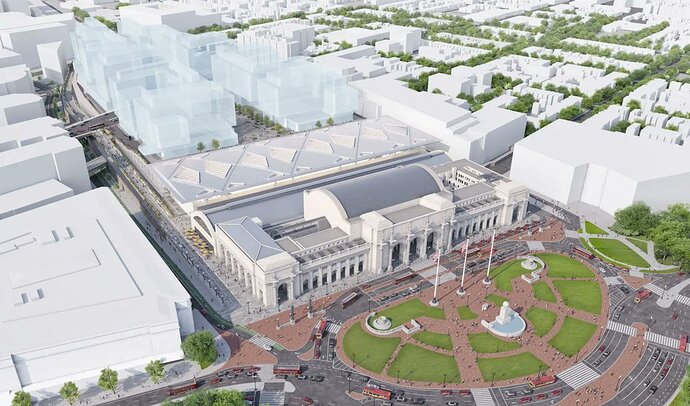 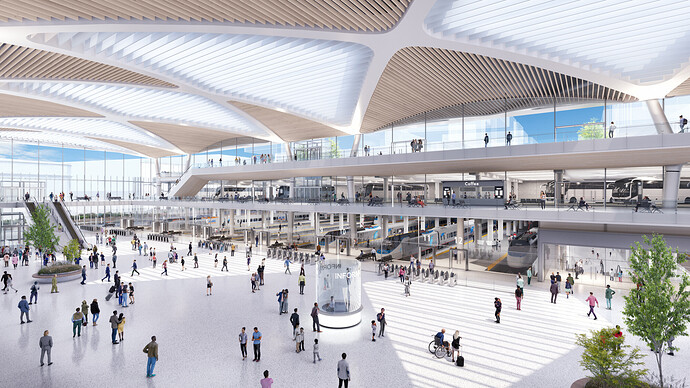 The closure of a Starbucks because of "challenging incidents" is adding fuel to concerns about the conditions of Washington’s busiest transit hub.

With the loss of a major company like Starbucks at Union Station, how do private companies have confidence to build in the area? I hate DC’s lackluster plans for development. 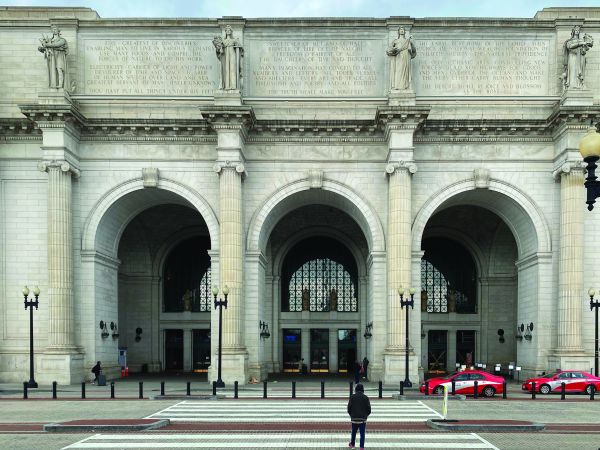 Union Station is at the center of an ongoing legal battle between borrower Ashkenazy Acquisition Corp., mezzanine lender Rexmark and Amtrak.

A disgusting screed from the anti-American neofascists who captured the Supreme Court. 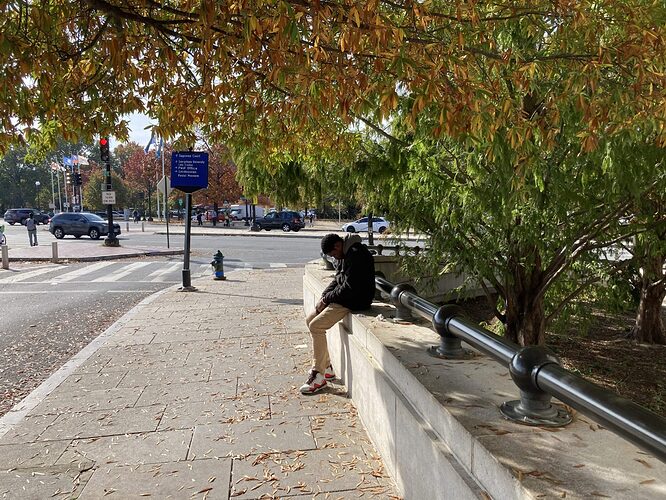 That the president and his team chose Union Station as the centerpiece of their final pitch to voters illustrates how little they understand America's anger.

Keep that nonsense to yourself. 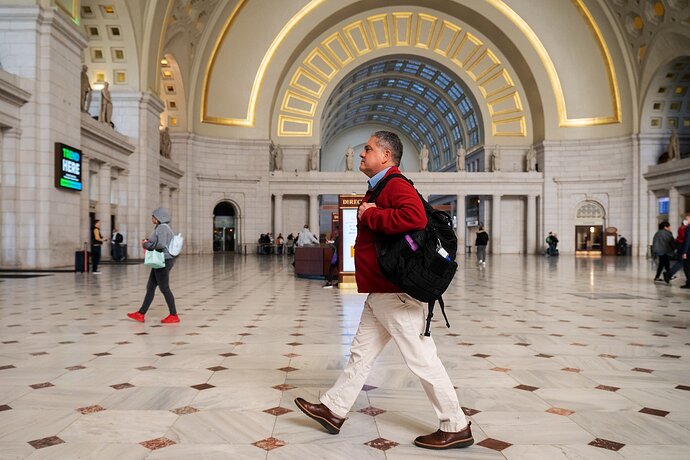 Union Station has fallen on hard times. Can it be saved?

Residents, commuters and workers say they are worried about the fate of the 115-year-old landmark, a once-vibrant gateway into D.C.

At what point are we gonna start having the conversation about the homeless and mentally ill in this country. We can all try to ignore them but eventually they will start impacting our lives.

Rents too high, wages are too low, and worse, this country tells people that they either “make it” or they’re essentially scum that only deserves minimum wage. Hell, even white collar jobs don’t pay people enough to buy a house these days. Wealth inequality has become unsustainable and this stuff just proves it.

It’s especially the issues with mental health care that are plaguing cities like New York and DC. Many of these individuals on the street, with medicine where it is at these days, are simply never going to be able to be self-sufficient, law-abiding citizens who could hold a job. They are either kept out of shelters due to their behavior, or they refuse to go to shelters so they can shoot up drugs instead. They need to be institutionalized before they OD themselves or kill random citizens as we have seen in the NY subway as of late. Politicians refuse to accept the obvious because it would actually cost money to build modern and humane asylums, but the alternative is the public must suffer harassment and disgust on their everyday commutes while these individuals live in indignity. In the long term, northeastern politicians need to realize it is cheaper to pursue reform than watch these city centers descend into dystopian hellscapes like Tenderloin or Skid Row in CA. After Covid, downtowns are struggling to retain businesses/residents enough as it is.

NY in the 80’s was a horrible place to live. People fled to the suburbs all across the country because city centers go so bad.

Thats gonna happen again in the coming decade if we don’t try to solve the problem.

The difference now is people can uber everywhere and live in a high security building if they can afford that. Very little time needs to be spent on the street.