STAMFORD – As construction on Harbor Point forges ahead, developer Building and Land Technology is seeking to proceed with plans to build a hotel and condominium complex as part its 80-acre mixed-use redevelopment in the South End.

The project – located at the tip of Washington Boulevard and overlooking Stamford Harbor – is intended to be part of an office, retail and residential hub known as “Harbor Square.”

No operator has signed on to run the hotel, but in a letter this month to the city’s land-use bureau, BLT said it had reviewed the hotel layout with “an operator of boutique hotels.”

The full-service hotel is slated to have between 130 and 140 rooms as well as 60 condominium units.

“There’s a lot of interest,” said John Freeman, an attorney and spokesman for the project. “We have confidence that we will find an operator.”

The building for the hotel was originally approved to be comprised of 13 stories with 257,805 square feet of space. BLT is now proposing to revise the design into a structure with two slender 22-story towers.

The reason for the architectural change, Freeman said, was to open up the building to allow for views of the Long Island Sound as well as to allow more sunlight into an area designated as a public plaza for the site.

“We think it will be a signature building for Harbor Point,” he added.

The new plans must be approved by the city’s Zoning Board. BLT is aiming to obtain a building permit by early next year to erect the hotel, with an eye toward a summer of 2013 opening.

A restaurant with an outdoor eating deck is slated to be completed by the end of the year.

No tenant for that space has yet been signed.

These opened 2 years ago. 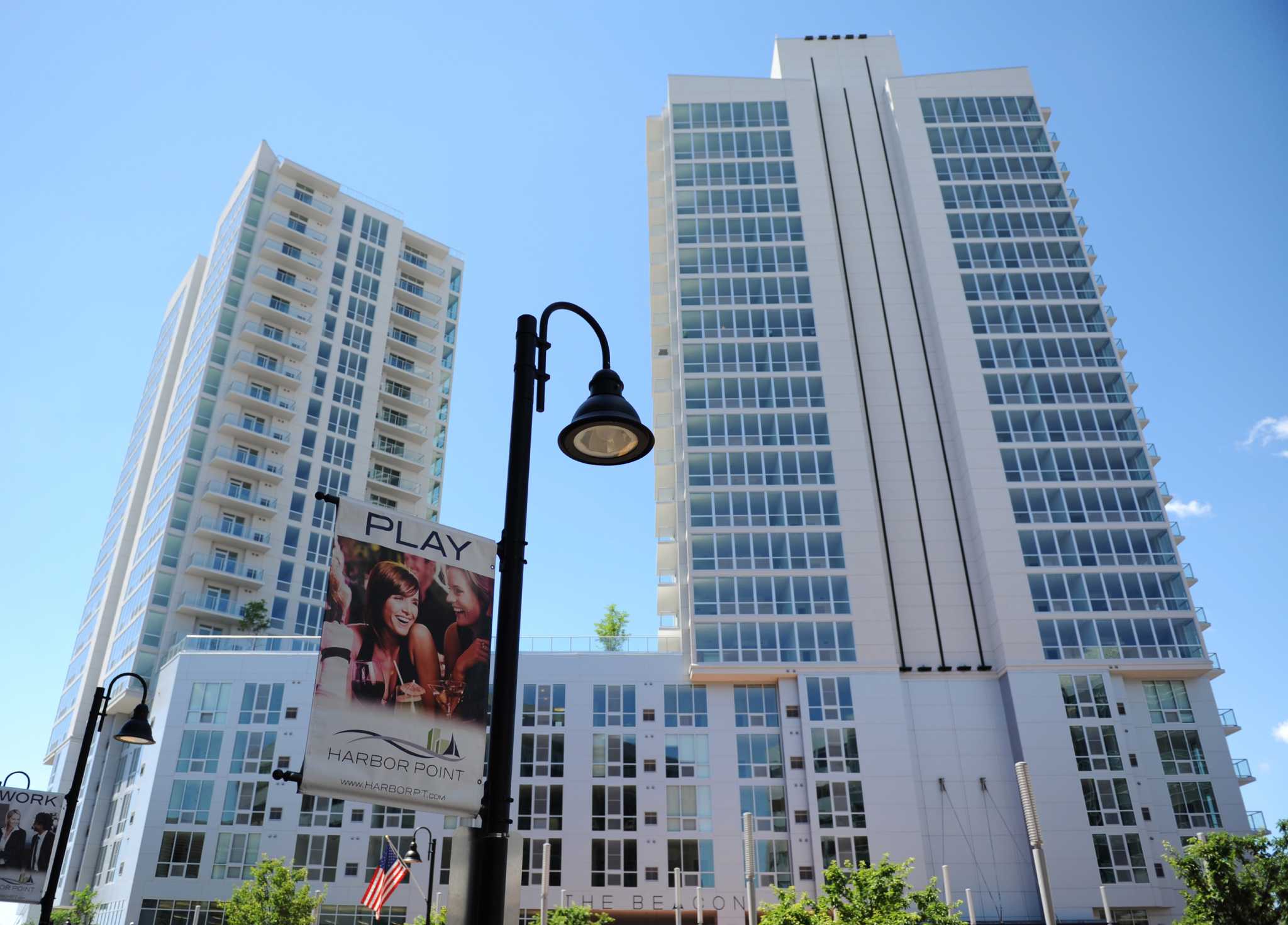 At Harbor Point we continue to expand the variety of housing options, and it’s gratifying to see the market respond so quickly to this outstanding luxury property. Residences at The Beacon, located at One Harbor Point Road, feature floor-to-ceiling...