Real estate developer Greg Smith said he plans to build the tallest skyscraper in downtown Seattle on a site where the famous Metropolitan Grill steakhouse operates.

At 77 stories, it would be one floor taller than Seattle’s tallest building, Columbia Center.

Smith, CEO of Urban Visions, a privately held Seattle real estate development and brokerage company, said he has applied to the city for a master-use permit to build the skyscraper.

Construction won’t start anytime soon. It can take a year or more to get the city’s OK. Then a developer has to line up financing and wait for the market to ripen before starting to build. Smith thinks the time is right to start getting the city’s approval, but said, “We are not in a rush. It’s a long process.”

A cool balsa wood model (Not sure if its the same, but a different perspective). Also, notice the Columbia Center, which is pretty tall.

I had to go ask for this photo. Luckily, a user had it saved to his harddrive over at SSP.

Anyways, a nice rendering. Although it may not be the final product (Might be or not, time will tell), this was on Gensler’s website before they took it off a couple of days later. 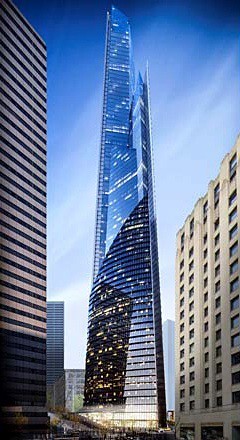 Thanks to tyleraf, at SSP.

I like the massing and the glass looks great. Hopefully the design remains the same.

Urban Visions has selected NBBJ to design a tower at Second Avenue and Marion Street, said Greg Smith, the firm’s founder and CEO.

Smith said his firm is starting the permitting process for the building, which will have about 1.1 million square feet of office space and include retail.

The Metropolitan Grill, which is now on the site, will be part of the mix.

Smith said his firm is studying whether to include housing, likely condos, on the top floors.

The firm had filed plans earlier this year to build up to 77 stories, but will come out with a revised plan soon — after it decides on the housing.

No construction date has been set.

Ryan Mullenix with NBBJ is the lead designer. Magnusson Klemencic Associates is the structural engineer.

Urban Visions is also developing an office building in Pioneer Square as the new headquarters for Weyerhaeuser Co. In Seattle, the developer also plans a tower at Second Avenue and Pike Street, and a 1.1 million-square-foot campus called Stadium East near CenturyLink and Safeco fields. NBBJ is the architect for the campus. Mithun is designing the Pioneer Square building at 200 Occidental; and Olson Kundig Architects and Ankrom Moisan Architects are designing the Second and Pike project.

Smith said both the tower at Second and Marion, now named 888 2ND, and Stadium East will be iconic projects.

Stadium East will have seven buildings that range from 120,000 to 420,000 square feet and there will be ground-level retail. He said Urban Visions soon will start design work on that project.

Smith said the other projects won’t have water views like 888 2ND will because “there’s nothing in front of us.” He said they will be “background buildings.”

The developer said 888 2nd and Stadium East will be designed to encourage workers to be productive and creative, and to make it easier for companies to recruit them.

With the latest news on the tower process, a redesign will occur. It may not look the same, but it could be taller at the same time. 1.1 million square feet could go a long way, especially with the addition of residential within the tower. Time will tell though if they keep the original design, but I doubt it given that new architects are working on it. This may wind up being the tallest on the West Coast. The original design was roughly 1,300 feet, and if they decide to go higher, its a win-win for the nation. 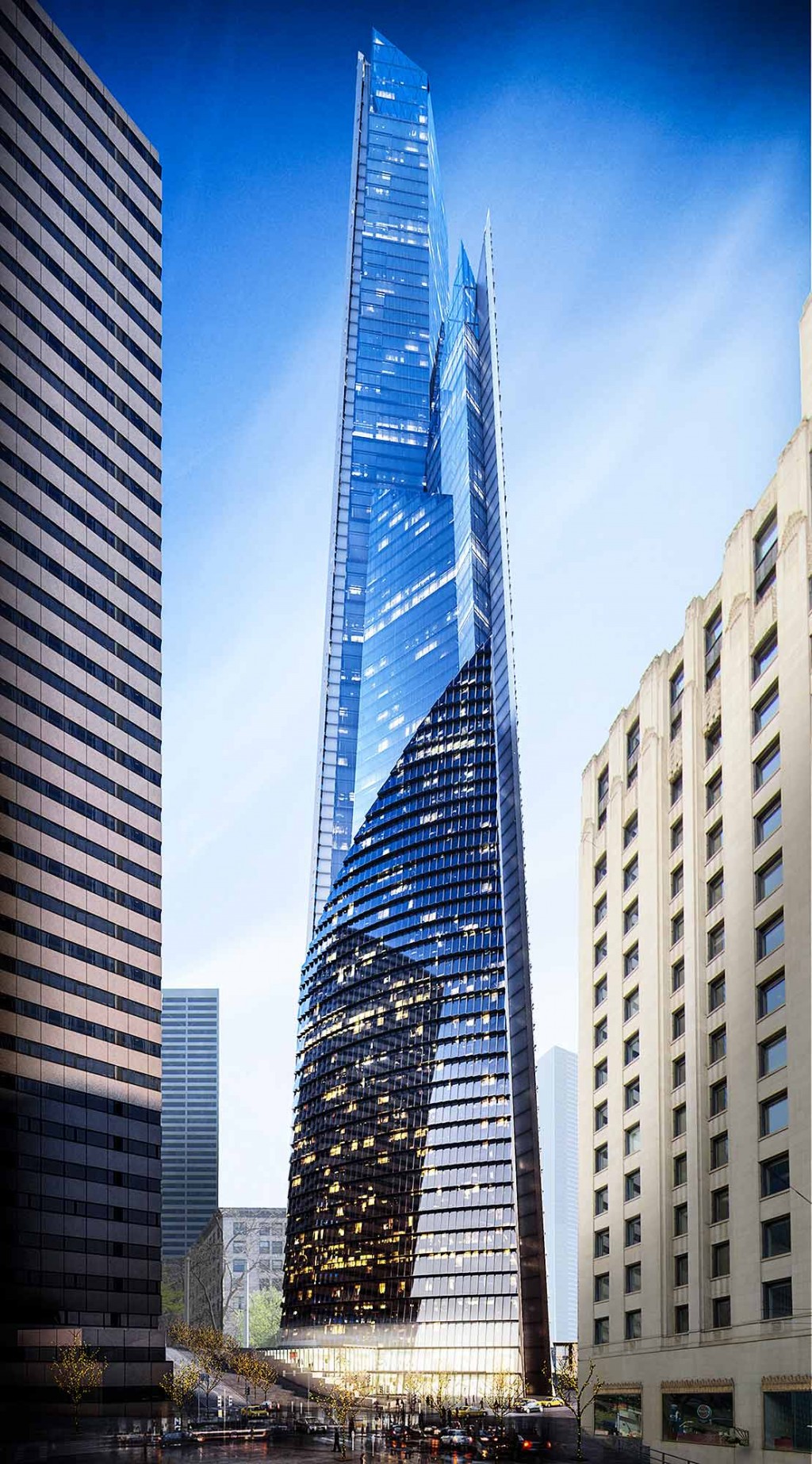 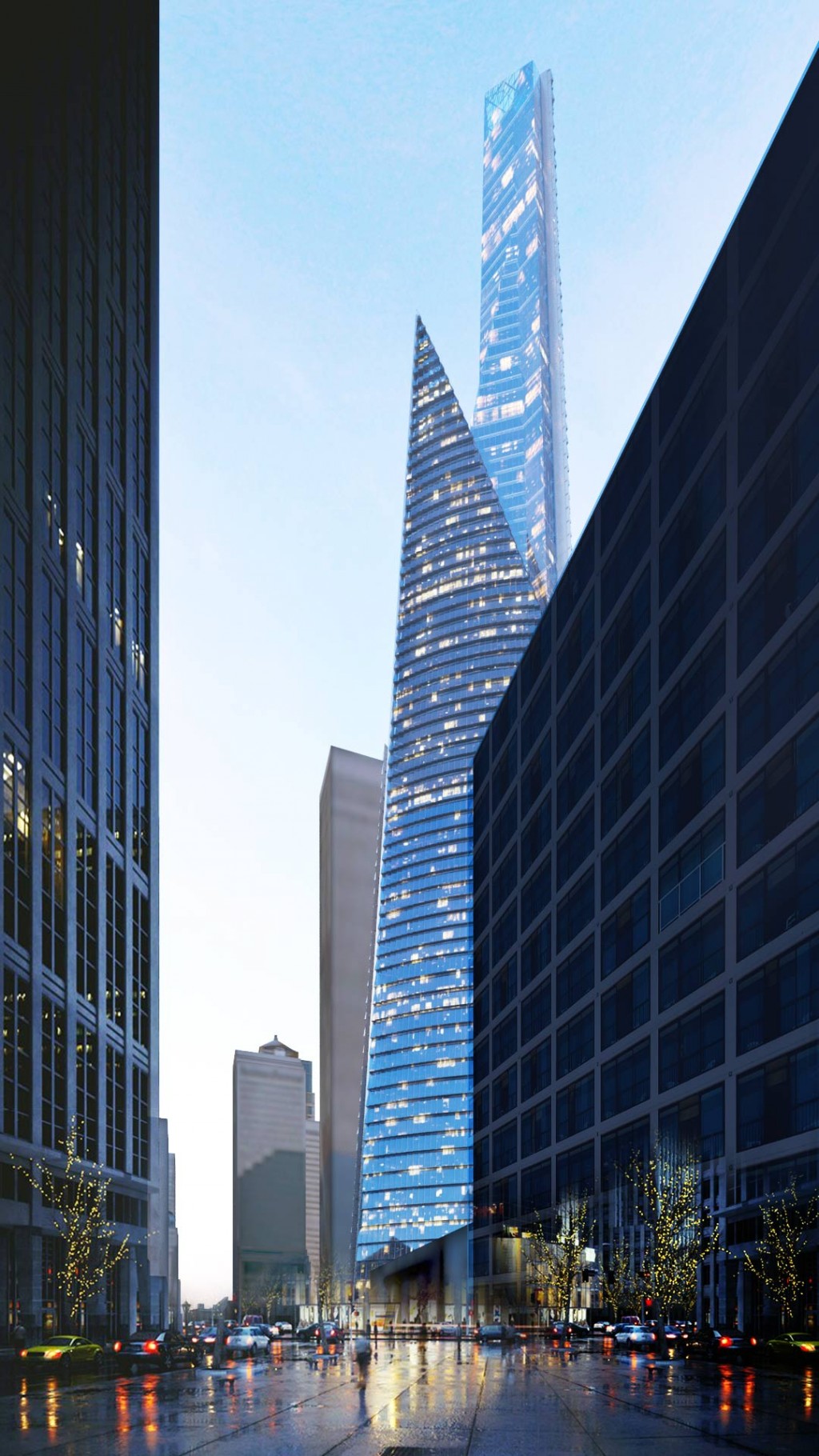 At 1,200 feet, 888 Second Avenue will become the center of Seattle’s rapidly growing downtown, providing the city’s well-connected core with the residential and hospitality elements it now lacks. This tapering tower’s multiple uses, including retail, office, hotel and residential, make it both flexibile and economically viable. Spiraling, day-lit community atria interconnect the office plates at the building’s base; and the tower’s operable timber-framed curtain wall and residential units with multiple glass exposures draw the outdoors and spectacular views of the Cascade and Olympic Mountains into this vertical urban community.

^^This tower would be incredible with that design! It gives the impression of multiple shards of glass interconnecting one another!

But I still look forward to the new redesign; lets hope it holds up to this

Given the air rights on the site, we are poised to see something that is very tall. I too hope that they make it look similar or maybe even improve on the original design. Best proposal I feel in the last 10 years; anywhere in the U.S… 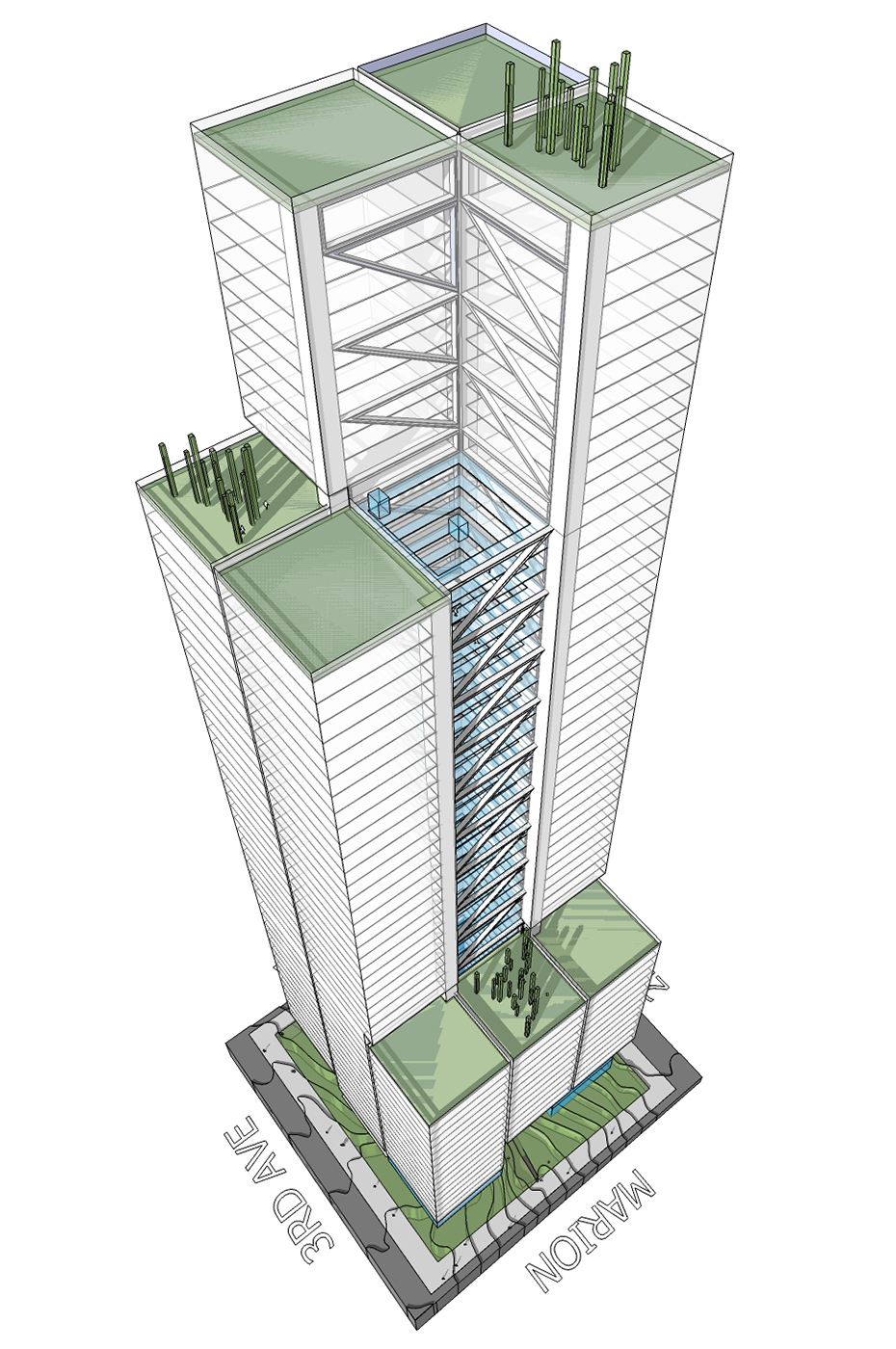 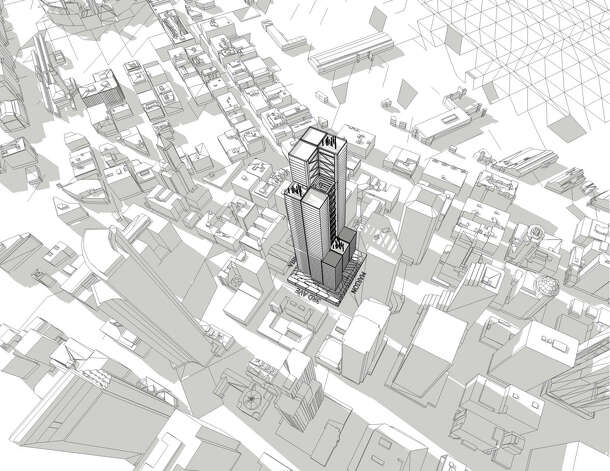 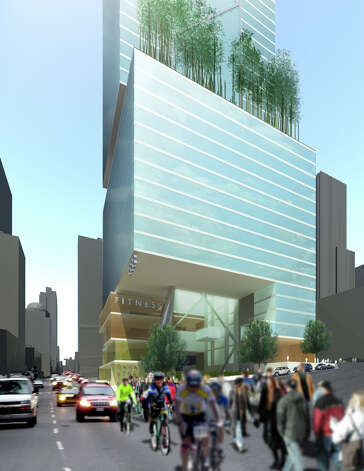 Seattle developer Urban Visions is no longer looking to erect a new tallest tower in Seattle. But its latest 888 Second Ave. plan is, if anything, even more dramatic.

Meanwhile, it also has big plans for a site east of the sports stadiums.

Seattle is ripe for both projects, Urban Visions CEO Greg Smith said via email on Tuesday.

“Seattle is a very creative city, and people and businesses from all over the world are choosing to move to Seattle to both live and work,” he said. “Businesses are created here, grow here and move here, while residents want to live in the city to enjoy the energy of the city. This energy feeds itself.”

The Puget Sound Business Journal reported last December that Urban Visions was planning to erect a 77-story tower at the northeast corner of Second Avenue and Marion Street, currently home to the Metropolitan Grill. On Monday, PSBJ reported that the latest design was 60 stories. Smith confirmed this and other details of the new plan.

While shorter, the tower still would be distinctive, thanks to an approximately 65-foot-wide atrium that would run vertically down the middle of the building, bringing natural light into interior offices and connecting to a public plaza running under the building from Second and Columbia to Third and Marion. People walking through the plaza would be able to look up into the atrium.

I believe that is a different tower.