NEW YORK | Various News About Our City and Q&A 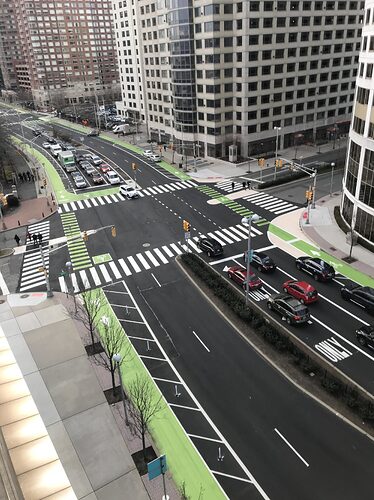 How Tactical Urbanism Helped Conquer the Streets of Jersey City

Jersey City recently announced that no one died on its city streets in 2022, meeting its Vision Zero plan for the city.

The city parks department says the sighting is actually a good thing – and a sign that the waterway is a healthy habitat.

Celebrate Lunar New Year in NYC this weekend and beyond

From firecracker festivals to photography exhibits, there’s something for everyone.

Tesla’s decline? The only decline I’ve seen from them is in the stock price, which doesn’t really reflect the state of a company. If anything they’re doing better than ever, about to open 2 new factories, ramping up production, efficiency improvements, etc.

As for Rivian, how exactly would that lure back Amazon? lol The major business decisions of a company the size of Amazon are not made because you bought vehicles that they also plan on using. Especially not something as significant as a regional HQ.

I can accept that criticism of my post; it was lazy hyperbole. I was simply reflecting that Tesla has recently been forced to cut prices, Elon can be polarizing which can have mixed results for his associated businesses and there are many more EV options than there were 5 years ago.

How likely is this? 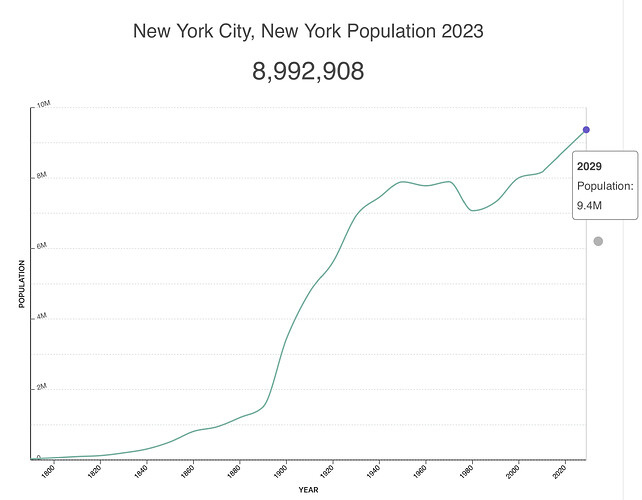 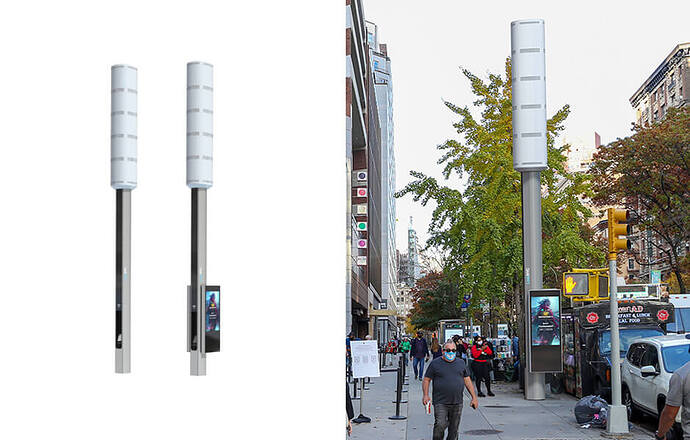 The city’s effort to roll out its new 5G antenna tower program across the five boroughs has generated backlash in Manhattan, where residents have raised

It is possible. If the mayor and governor stay true to their word with increasing the housing supply, it could reach it. Although the other boroughs like The Bronx and surrounding cities would have to pick up a lot of the work.

I wouldn’t be surprised if the city’s population was already over 9 million.

I think it is already over 9 million. Not everyone responds to census, particularly those who may be undocumented and not trusting of the authorities.

What about people who left after COVID?

I seriously doubt the amount of people who left during the pandemic has had any significant impact on the population of a city the size of NYC. People come and go everyday. There’s still high demand for housing and while many businesses suffered from the pandemic, the city is still thriving compared to other cities in the US.

If New York builds the housing, people will come. They just need to lower housing cost and build more transportation.

There shouldn’t be limits on development. If there is demand, why don’t developers build thousands of housing units? Surely they will sell or be rented quickly. I don’t understand it!

It’s not that there is a limit on developments as it pertains to just building apartments (though there are limits as it relates to as of right developments) it’s that there are not enough lots zoned for residential that would meet the need of increase in demand.

It’s a matter of reclaiming as much land when possible, where possible, to increase the available stock of newly-developed space, and it’s also a matter of rezoning and restructuring the overall city to allow for higher density in forms that better address the needs of all the citizens here.

Shane’s got the right idea above. I’m pretty sure the city council does realize that the rental market in general, not just affordable housing, is in extreme shortage of supply and they have made “some” progress in rezoning particular parts of the city to allow for more residential zoning. It just is not simply enough to actually meet demand.

If this city is going to go out, it may as well greet its demise as an old friend, so to quote a certain author of seven wizarding novels. Might at this point as well blanket the entire city with an extra level of density and hope for the best. At least get people’s skin in the game.

The city council doesn’t care. Look at how they battered the rezonings in Astoria, Harlem, and in the Bronx (Bruckner). They fear “gentrification” and use “not enough affordable housing” as a means to coverup their detestation against density and new residents. 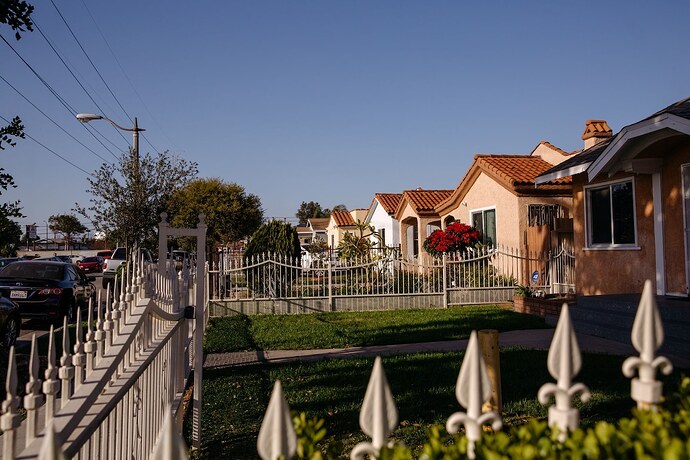 The new mayor of Los Angeles and about a third of her fellow Americans think new construction causes prices to rise. The evidence suggests otherwise.