The new skin and huge video screen will really revitalize this project. 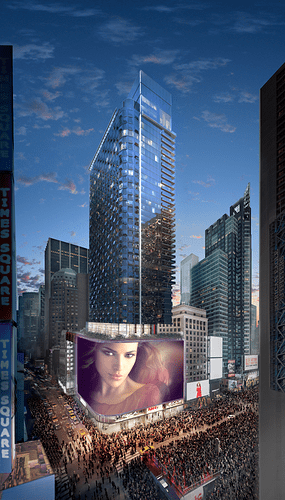 Awesome. Times Square is awesome, IMO. I eagerly anticipate this and the completion of the Marriott Edition. The more giant screens, the better.

Just renamed the thread to make it more precise. Nevertheless, great news and I presume another world record screen in the making. TS has and will have some of the largest displays in the world. 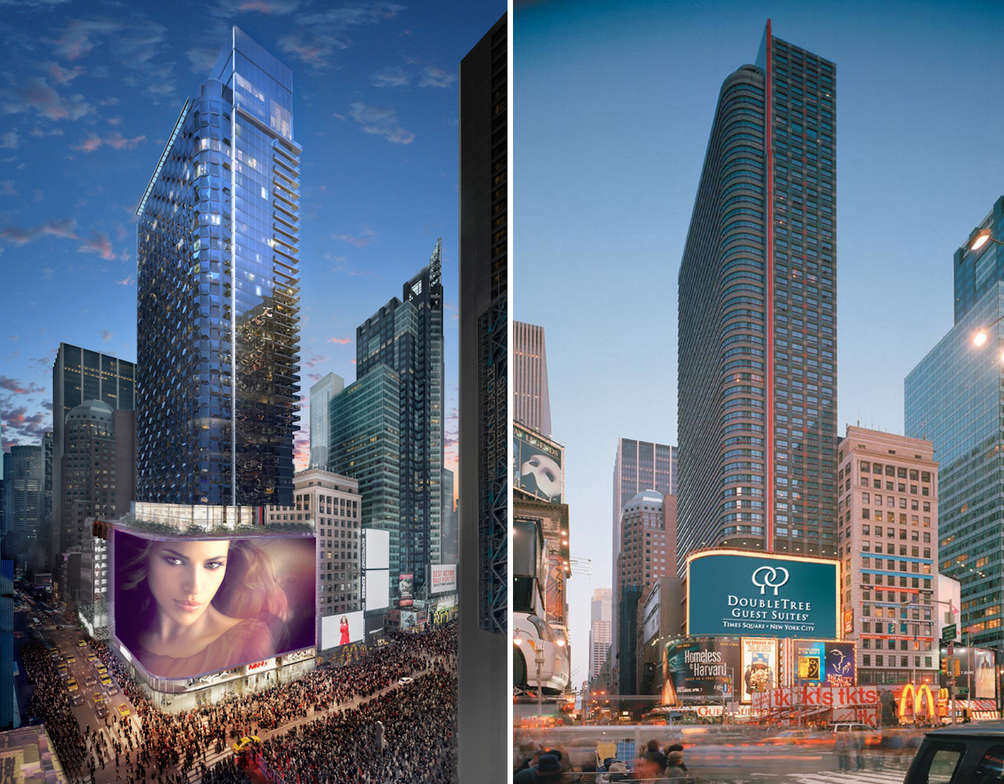 This photo shows 1568 B’Way, which will be reclad and which will get a huge, new video screen, in relation to the new Edition Hotel rising next door. 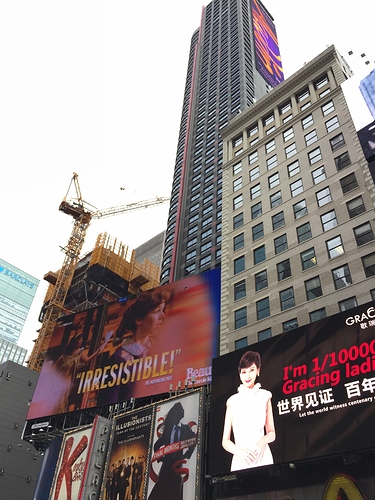 A bit of a shame tbh, I kinda liked the mix of smaller signs. I don’t times square to become to squeaky clean. Do you see what I mean?

There will still be a lot of small signs, as few properties are big enough to support these huge ones.

Its getting partially demolished and rebuilt.

the entire hotel tower is coming down. major work in the podium, raising the theater building that the hotel straddles, etc.

That’s interesting. It seems to have the same basic shape.

I had the same sentiment. It’s a bit of a shame that we’ll be losing some “fine grained” density that creates a dynamic scene and makes your eyes wander. Also there were many different textures (billboards, lightbulb frames, etc) in this location that added to the dynamism as well. The new jumbo screen might be split up and advertise different that but it won’t be the same. On the other hand, having two curved gargantuan LED screens facing each other in an awesome symmetry will certainly be very striking.

Edition Hotel (701 7th Ave, Rising across the street from this site)

Any updates on the status of the loan needed to complete the project? 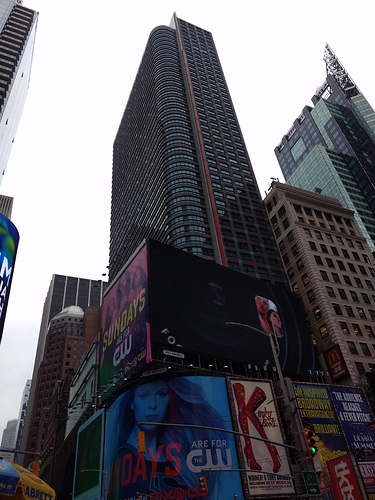 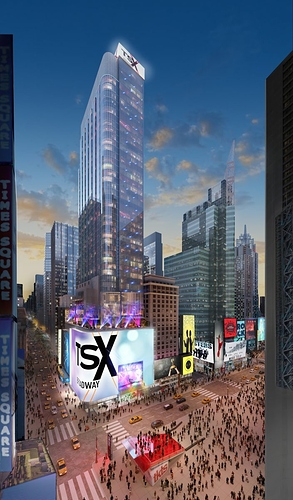 looks a good bit taller than the old renders, idk

So I’m confused. Is it either:

It is an extensive renovation of the entire building. They’re not adding to the top. There might be some demolition work involved in the renovation, but that would be all. The facade of the tower will be replaced with floor-ceiling glass, and the base will have another mega-screen (e.g. the Marriott Edition) for ads. Most of the renovations involve the interior.

This is bittersweet to me, I’m excited to see the renovation and the new mega screen but I would be lying if I said I wouldn’t miss the old smaller screens.
I feel like a bunch of small screens is also what made the charm of times square.
In any case progress is progress! 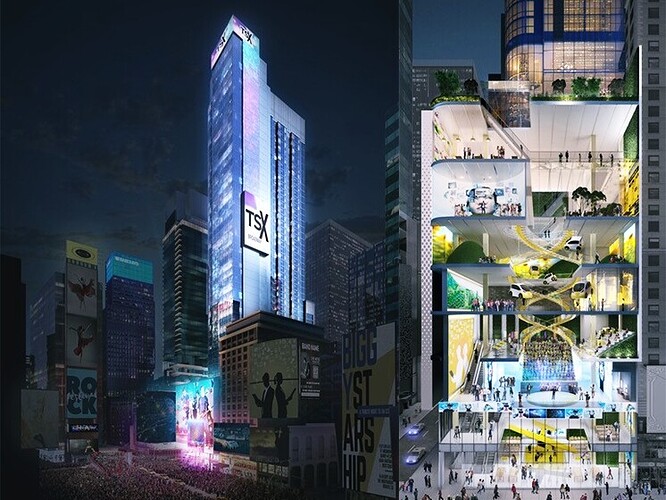 UBS led a new round of equity financing to achieve $2.5 billion for the groundbreaking of TSX Broadway in Midtown Manhattan.

This article includes some new/updated renderings. 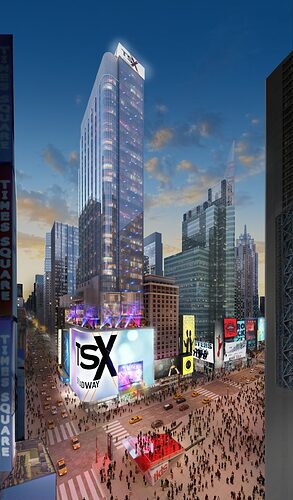 YIMBY has an update on construction progress for the TSX Hotel coming to 1568 Broadway, an imminent new icon for the New Years Ball Drop in Times Square