Here are a few photos of the new pavers for the permanent pedestrian plaza coming to Times Square between 42nd & 47th Streets on Broadway. These were taken at 47th & Broadway, looking south, on August 1st, 2014. All photos by me, Colin Miller.

I’ve been watching the progress of this for weeks now via the Earthcam Cameras. Be sure to check it out if you haven’t recently. Some of the cameras allow you to see the pavers depending on when the cameras move. 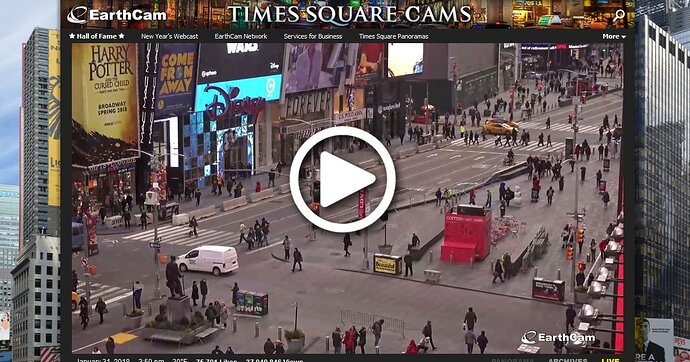 EarthCam presents an extensive collection of live webcams, featuring the most exciting views of New York City's famous Times Square. For the past century, Times Square has been a mecca for music and the arts and has truly become a must-see for...

And a bonus: Some sort of concert utilizing part of the new plaza that was complete.

We can really see how much the Bloomberg revitalization has added in terms of street life. This use to be all road, now there is plenty of walking space and room for street amenities. Although this is NYC, and sidewalk expansions will still be overcrowded.

Some road work. I’m assuming its part of the overall project. I know that there is some subterranean work for the plaza, as it contains certain features that require such work. Hopefully they finish this portion soon. Traffic is terrible by closing those extra two lanes.

Still working on that same area. Seems to be moving very slowly. Causes a lot of gridlock too.

Likewise: (This portion actually expanded. More work on the street pavers. On the left we can see the addition. Near the Toys-R-Us)

Not sure what that “thing” is? 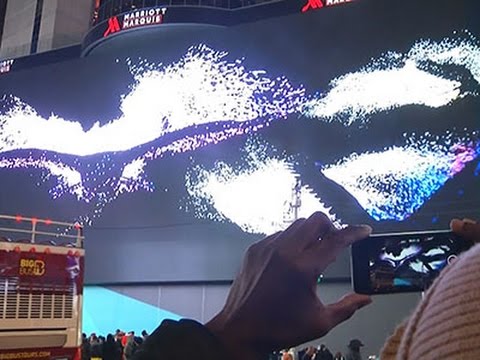 The new screen is massive:

On a side note when it comes to the plaza, the south is essentially complete. To the west of the Spanish Steps, they are still working on that portion. Most of the street scaffolding and fences have been removed on the eastern portion.

We can see the changes versus earlier pictures when it comes to the upper eastern portion:

Work is finishing up: 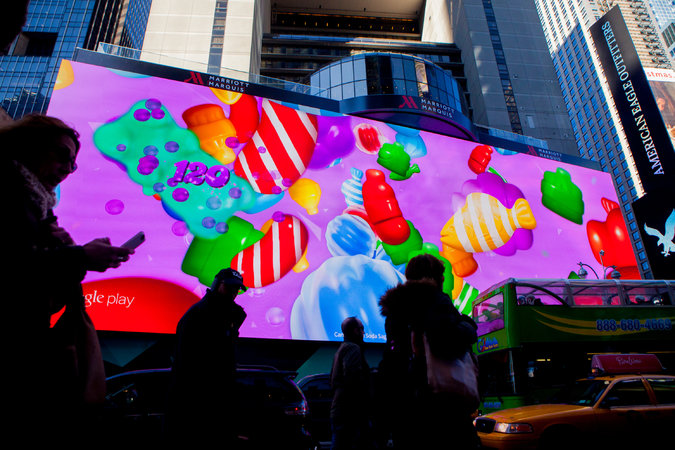 The Crossroads of the World has never been more popular. And that is becoming a problem.

More people than ever are packing into Times Square — from across the world, the country and the rest of New York City.

Eager to dip into such a bounty of wallets, international retailers are jostling for space, paying rents that are second only to Fifth Avenue. Pulsing, color-splashed digital billboards have grown from the size of basketball courts to football-field proportions. Attendance at Broadway shows topped 13 million last year for the first time.

With all this going for it, why are so many landlords, office tenants and theater owners worried about the future of Times Square?

Some office workers and corporate clients complain bitterly of having to navigate thick and sometimes unyielding knots of tourists in various hot spots — including a giant video billboard outside the “Good Morning America” studios and a digital wraparound sign at the Marriott Marquis Hotel — just to get in and out of office buildings. A 30-minute lunch is nearly impossible because restaurants are jammed with visitors.

Few landlords are willing to talk about the issue publicly for fear of turning their concerns into reality. But companies are dealing with the problem in small and large ways.

A skyscraper at 1540 Broadway, for instance, offers an eighth-floor cafeteria and a gym so employees of several companies, such as Viacom and Pillsbury, do not have to step outside.

The pitch from real estate brokers for renovated office space in the former headquarters of The New York Times Company, on 43rd Street, just outside the most congested parts of the neighborhood, is simple: You get all of the benefits of the transportation network without the negative of the crowds.

The latest crowd surge in Times Square began in 2009, after the city closed a stretch of Broadway between 42nd and 47th Streets, creating a series of public plazas and nearly doubling the amount of pedestrian space. As a result, the number of pedestrians in Times Square has jumped to as high as 480,000 a day, from about 350,000 before 2009.

“Foot traffic has increased,” said Jeffrey S. Katz, who owns several buildings in Times Square. “The retail is doing great; hotels are doing great. The plazas just exploded the rents. It’s beyond even my imagination.

Blizzard and the Plaza:

Enjoying the snow: From today, 14th of February.

Down over in Columbus Circle:

Hopefully they can hurry up with this part below.

As we can tell, any sort of mass construction makes this area super dysfunctional.

Jesus: (zoom in to find it) 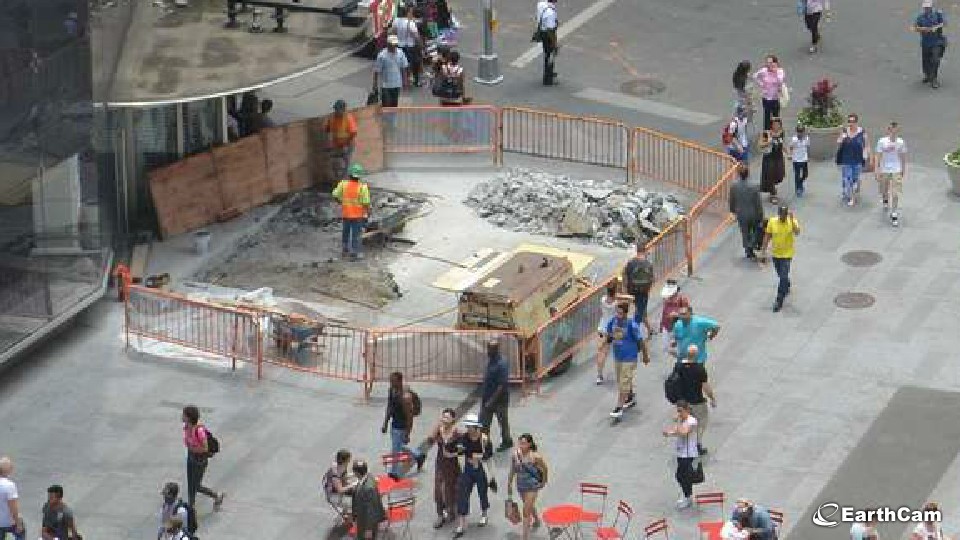 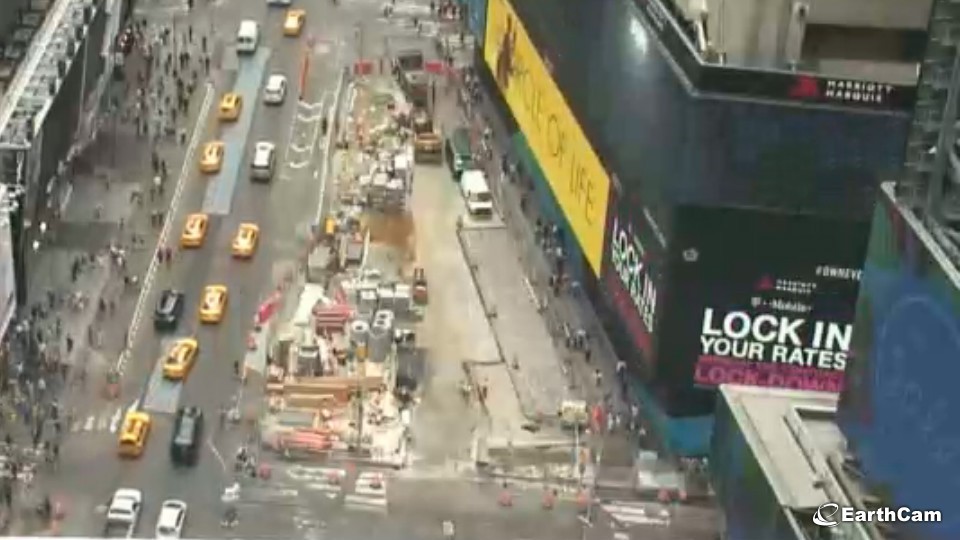 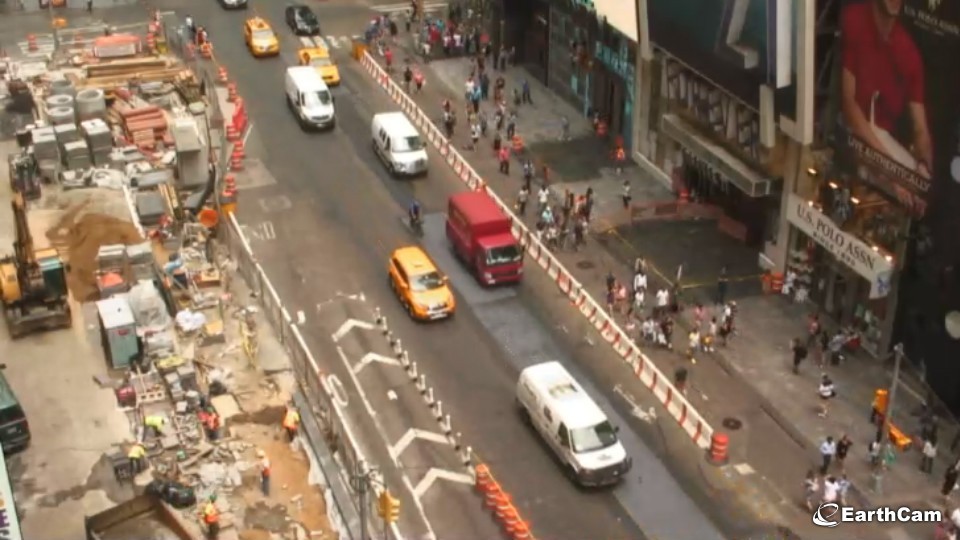 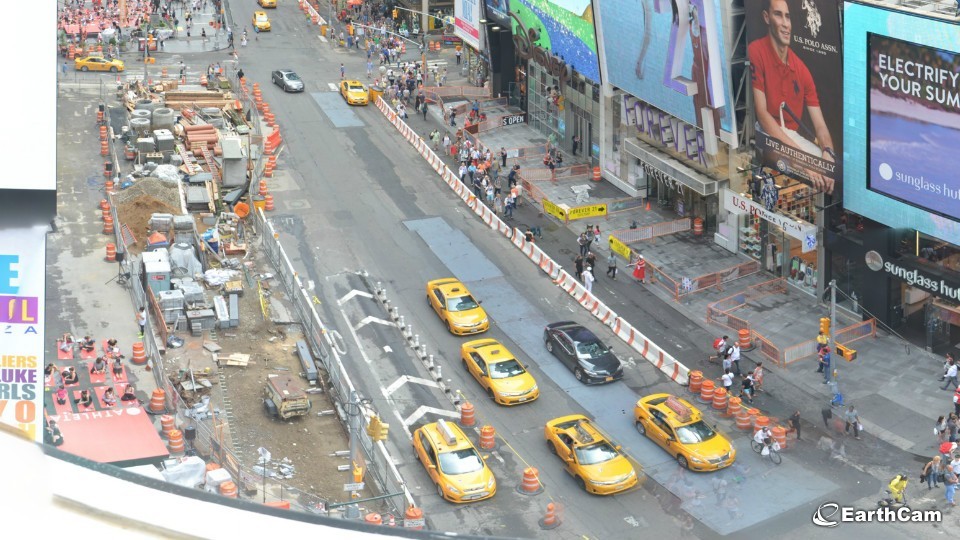 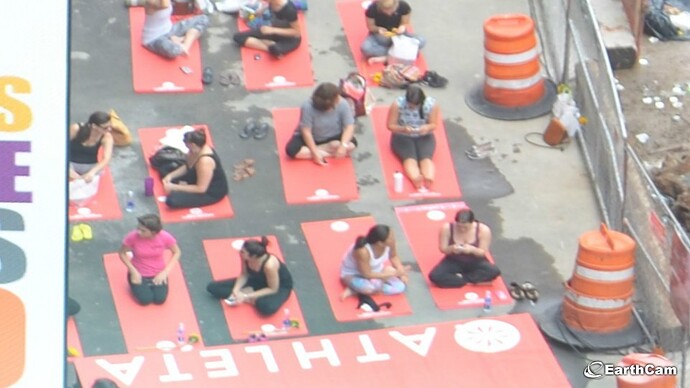