Hopefully its not a vision lol.

Could NYC’s next real estate boom see the rise of its first megatall skyscraper? Plans have been drawn…

seems a bit too generic to be an actual design proposal for something. It reminds me of this vision we’ve seen before. If it is legit I bet whoever runs that instagram account will be in trouble though lol. 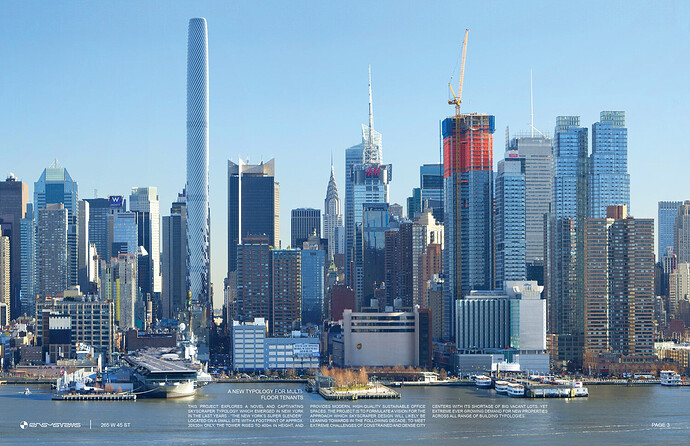 The experimental minds of RB Systems have published their new, conceptual design for 265 West 45th Street, a small plot of vacant land in Midtown West...

Apparently it was designed by SOM

It’s on the site of the park central hotel, which is owned by LaSalle

Very intriguing. It’s nice to see that there are at least conceptual plans for a NYC megatall. The fact that a huge firm like SOM is involved indicates that this isn’t just some pie-in-the-sky vision. I hope that whatever gets built has a better design than this generic glass tube, though. When I picture NYC’s first megatall in my imagination, I always picture something with classic NY setbacks and a nice crown. This has neither so it’s disappointing to me from a design standpoint.

I wonder what that tall, slender building in the background of the rendering near Hudson Yards is. It looks way taller than 30 Hudson.

Thanks for joining DeSelby!

high resolution. The rendering was done by atchain. They also made a few PABT renderings along with some for high profile projects around the world. That being said, most are visions. 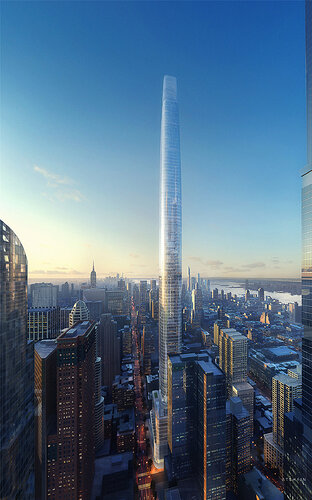 Yeah I know. Necroing this. Whatever.
LaSalle has sold this site (or rather, the company that bought them) to Highgate on a loan from Blackstone.

We haven’t heard about this project in a while but I do believe Park Central Hotel has the requirements for a Megatall in NYC should a developer choose to build one on this site. Obviously the design that was presented before was just a concept of what could be built and not a real proposal, but I do hope to see some more movement on this site later. Hopefully we get some more news in the coming years.

This would be the perfect site for Midtown’s tallest tower. And the existing hotel is kind of a dump, so hopefully the site gets redeveloped.

Reviving this, but I didn’t see this render posted. 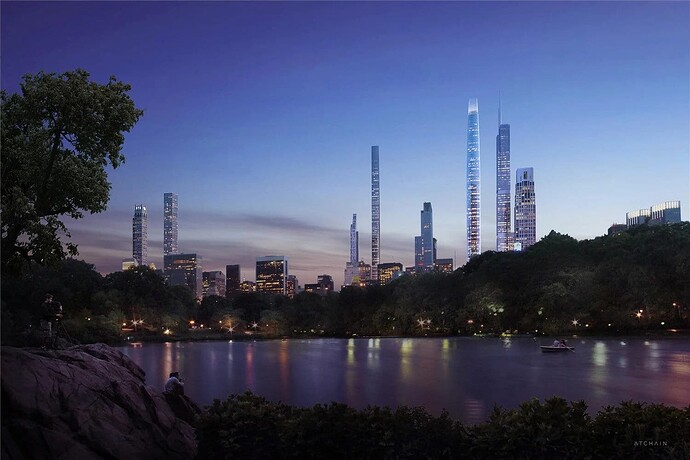 From this angle, it looks to be around “only” 1,800 ft. But that’s because this site is a bit further back from the rest of the 57th street towers.

That isn’t the same project ^^^

I suspect that the Ziegfeld and the lot next to it will be developed at some point. It’s right near the Park Central and could offer amazing park views. 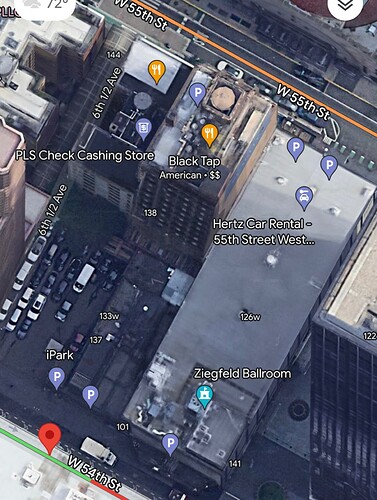 Indeed. Considering the spire placed on CPT, I guess the height for this visionary tower would be around 1850-1900 ft

Now that you mention it, it does look like it’s 2000+ ft. I saw a post about this once on Reddit and one of them mentioned how they calculated the height of this tower

The SOM based proposal from the renders was projected to be 2000’ +, but there were never any official sources to compliment the render.

@robertwalpole the land that the ballroom/parking garage/parking lot sit on belongs to 1345 Avenue of the Americas, so unless they sell the land, I don’t see that little area (along with the 2 smaller buildings) being developed.

If we can get another 5 or so skinny (including Park Central) supertalls along 57th, that’ll be literally perfect.