Since it’s struggling to pay the bills, the Brooklyn Public Library unveiled a money-making plan to close older branches and sell off the buildings or redevelop the sites with more profitable enterprises—and now we know what one of those redeveloped sites could look like. In February, the library announced that one of the first branches to fall subject to redevelopment would be the Brooklyn Heights Library at 280 Cadman Plaza West. The 1962 building is in need of $9 million in repairs, and so the library is seeking a developer to raze the structure and erect a new one in its place. Several news outlets report that the library has narrowed its search down to seven possible developers, and the Daily News and Brownstoner published a few renderings of the 20- to 40-story residential tower that could replace the two-story library.

In the only air conditioned space in the Brooklyn Heights Library building, Brooklyn Public Library president Linda E. Johnson and BPL staff presented the future of the much-debated library branch ... 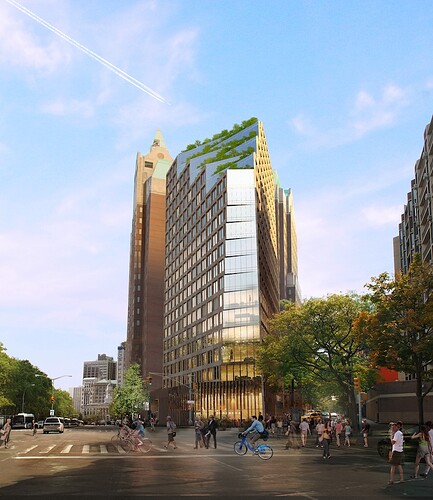 In the only air conditioned space in the Brooklyn Heights Library building, Brooklyn Public Library president Linda E. Johnson and BPL staff presented the future of the much-debated library branch that has been serving Brooklyn Heights since 1962.

The Hudson Companies and Marvel Architects (designers of the Pierhouse and 1 Hotel at Brooklyn Bridge Park) have been identified as the development team of choice for a new residential tower on the library site that will include a new branch for BPL. The developer’s proposed bid of approximately $60 million would not only allow BPL to invest $10 million in outfitting a 21,000 square foot library but will allow for $40 million in capital funding for other needy branches in BPL’s system as well as an 8,000 square foot temporary library to be located at Our Lady of Lebanon Church (113 Remsen Street).

A final vote on the proposal is scheduled for BPL’s board meeting to be held at 5:30 tonight at the Library’s Grand Army Plaza location. 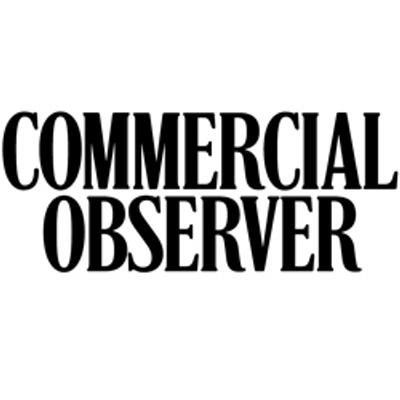 The new library will be part of a larger development project by Hudson Companies, Inc. at the site of the Brooklyn Heights building. The land beneath the library was sold to the company for $52 million.

The revitalized mixed-use property will be 30 stories and include 350,000 square feet of space housing 132 apartments, a gym for St. Ann’s School, and two micro-retail spaces with Brooklyn Roasting Company and Smorgasburg as tenants. Marvel Architects is slated to design the structure.

Good news. As of this afternoon, the planning commission approved it.

May steel rise in this skyscraper revolution!

David Kramer’s Hudson plans to knock down the existing building at 280 Cadman Plaza, and replace it with a new library and a 36-story condominium tower. The Brooklyn-centric development firm is set to pay $52 million for the public land, and will also build a temporary library during construction and two off-site affordable housing buildings at 907 Atlantic Avenue and 1043 Fulton Street.

In a statement, a Brooklyn Public Library spokesperson welcomed the Planning Commission’s decision. “As the Commission recognized, this project is a win-win for Brooklyn,” the spokesperson wrote. “In addition to bringing a new state-of-the art library to Brooklyn Heights at no cost to BPL, it will also help to alleviate the system’s capital crisis by generating more than $40 million that will be invested in libraries throughout the borough.”

The development recently caught the ire of labor group Build Up NYC, which argues the developer should be required to hire union contractors under its deal with the city. “It’s like a public subsidy with no public responsibility, no obligation to the public,” said Gary LaBarbera, president of Building and Construction Trades Council of Greater New York. [/QUOTE]

I was wondering about this lately. Good news!

A new 36-story luxury tower at the site of the Brooklyn Heights Library edged one step closer on Tuesday with the Department of Buildings’ (DOB) approval of plans filed by Marvel Architects.

Hudson Companies is developing the project, which will include a new, smaller Brooklyn Heights branch and ground floor retail.

Marvel’s plans include 34 floors of apartments — including two penthouse floors — exercise rooms, a screening room and other amenities.

The library is located at 280 Cadman Plaza West. Residents will enter the tower at a new address, 1 Clinton St.

Hudson filed demolition plans with the city in late October but DOB has not yet approved them, a Hudson spokesperson told the Brooklyn Eagle on Thursday. DOB approval is needed before the current building can be taken down, though pre-demo work, including asbestos removal, is ongoing.

Hudson has not yet closed on the site, the spokesperson said.

However, Brooklyn Public Library (BPL) and Hudson signed a license agreement to allow asbestos abatement and some demolition work to start prior to closing. Should the project cease for any reason, Hudson is required to restore the site to the pre‐demolition state (minus the asbestos) at its own cost, the company said.

Hudson paid $52 million for the triangular plot of choice Brooklyn Heights real estate. According to the city, the sale will generate roughly $40 million towards $300 million of Brooklyn Public Library’s capital repair needs. As part of the deal, 114 units of affordable housing will be built in Clinton Hill.

The tower’s construction is scheduled to take three to four years. The building is slated to open in 2019-2020.

The city's DOB approved the demolition of the Brooklyn Heights Library building, allowing developer Hudson Companies to move ahead with its building plan.

Brooklyn Heights Library demolished ahead of its condo-filled future 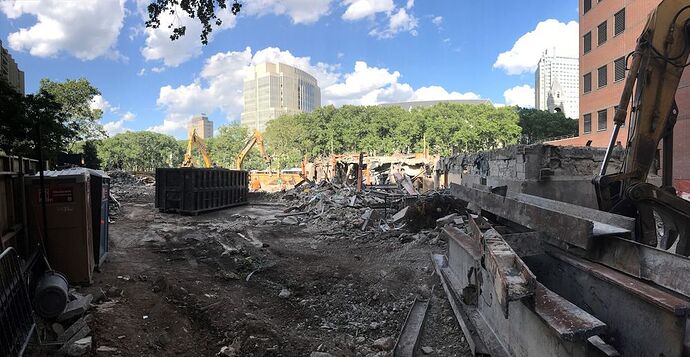 In March, the city’s Department of Buildings approved demolition plans for the Brooklyn Heights branch of the Brooklyn Public Library. Work is now well underway at the site, and is scheduled to wrap up in the next 50 days.

The developer of the project, Hudson Companies, is looking to transform the site at 280 Cadman Plaza West into a 36-story condo building with a new high-tech public library at the base.

The developer recently closed on the $52 million purchase of the site from the Brooklyn Public Library and has also managed to secure a $280 million loan that will go towards construction on the project.

The condo building will feature 134 apartments. The first three floors will be occupied by this new library that will span 26,620 square feet. The library will come with a double height area on the ground floor, a mezzanine level, and a space below ground for public events. 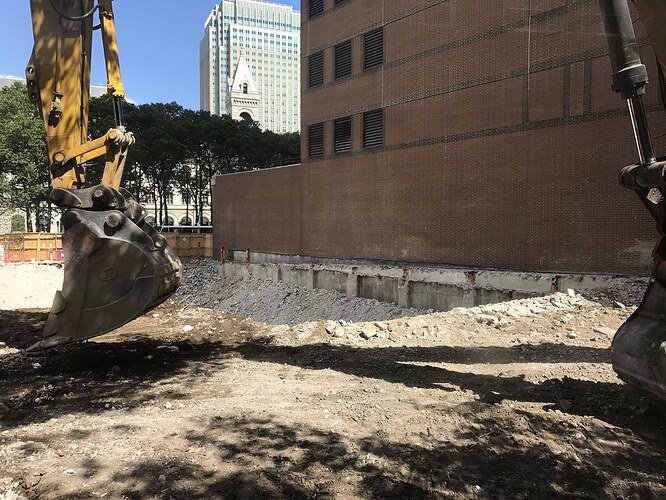 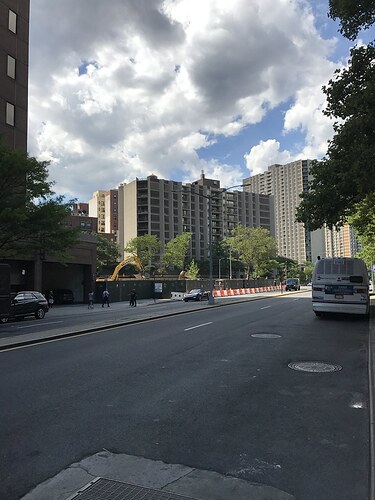 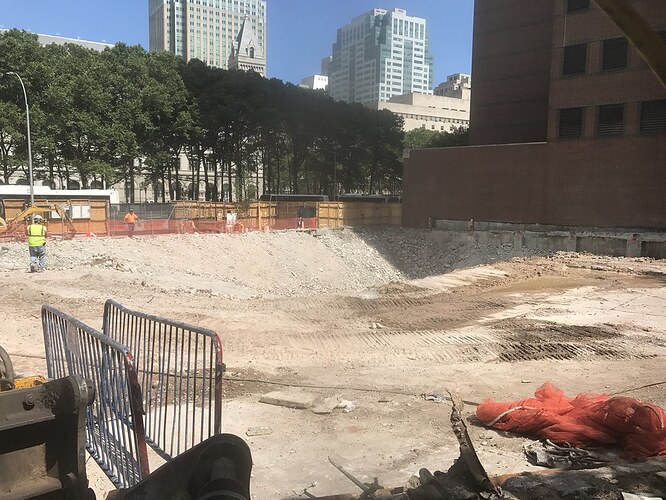 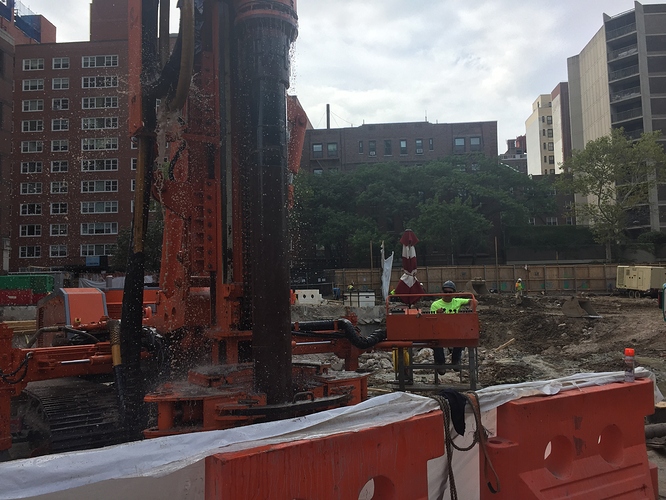 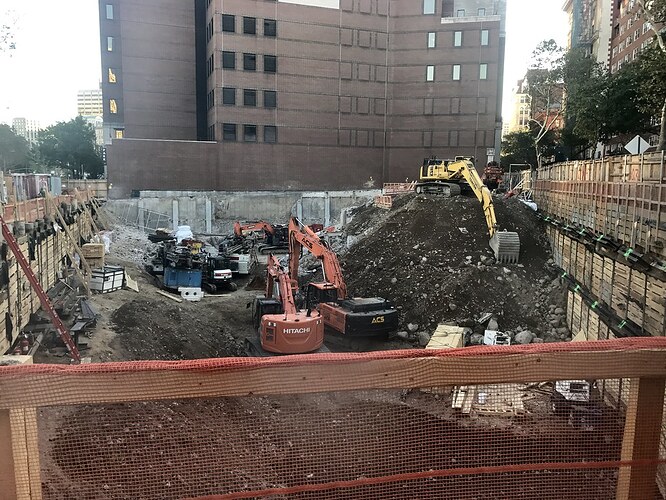 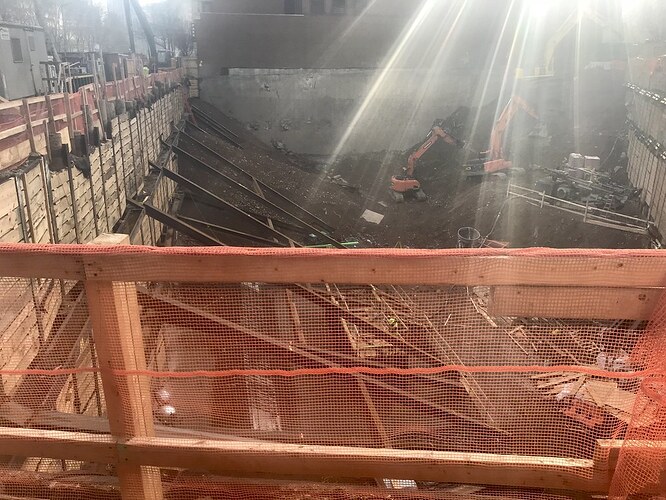 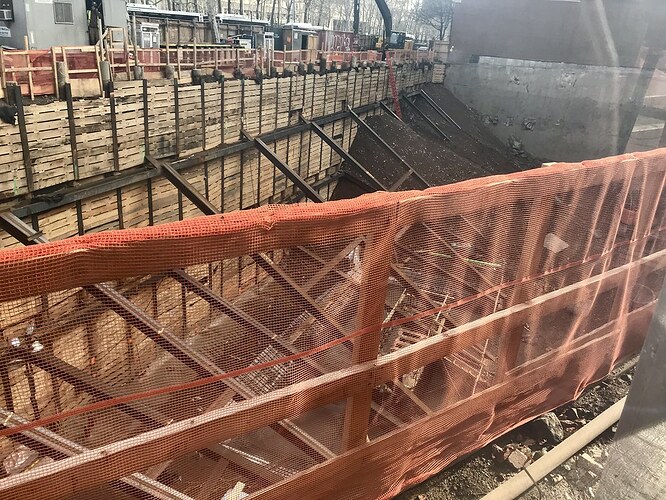 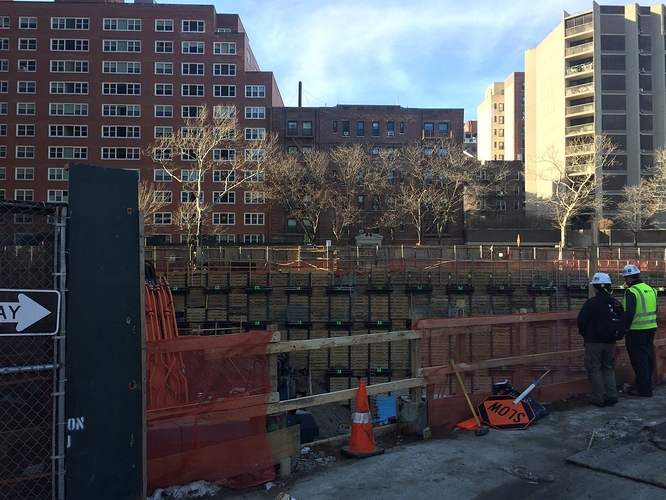 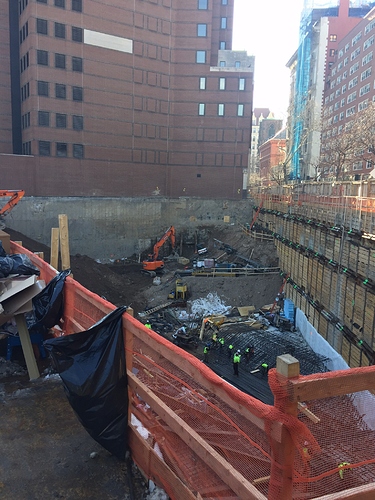 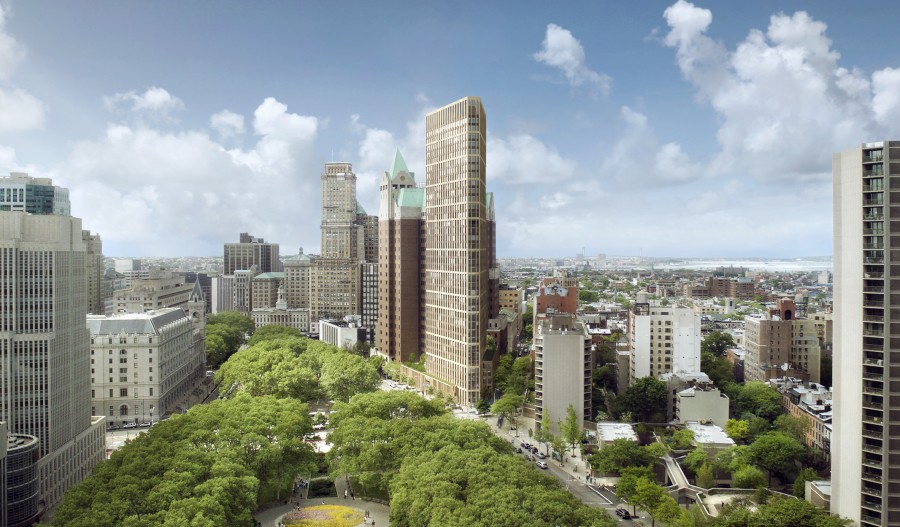 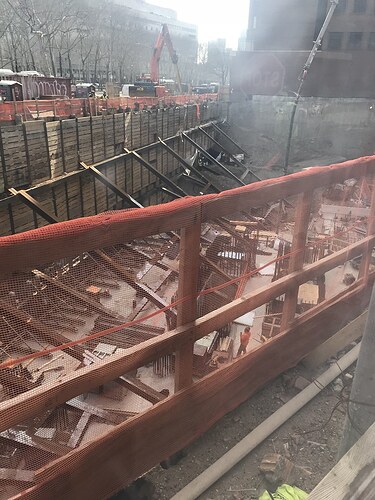 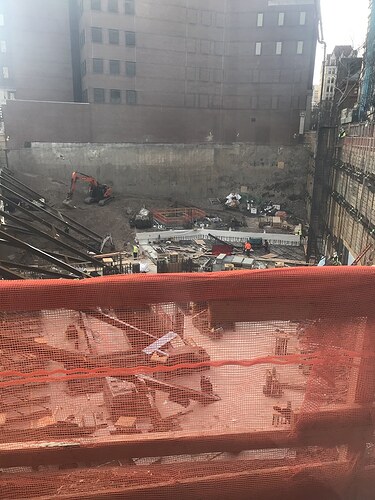 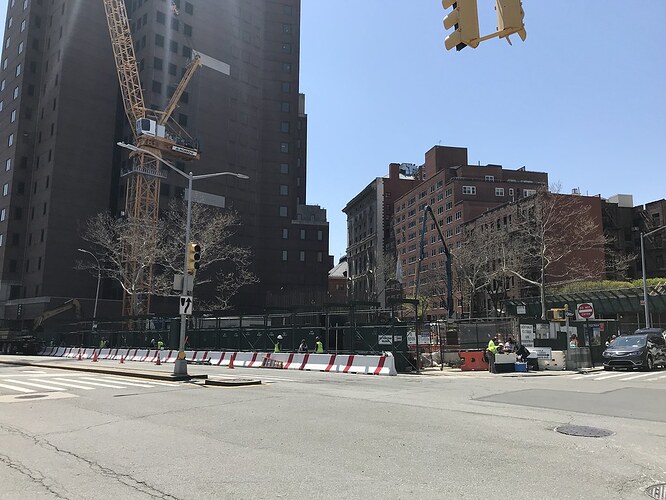 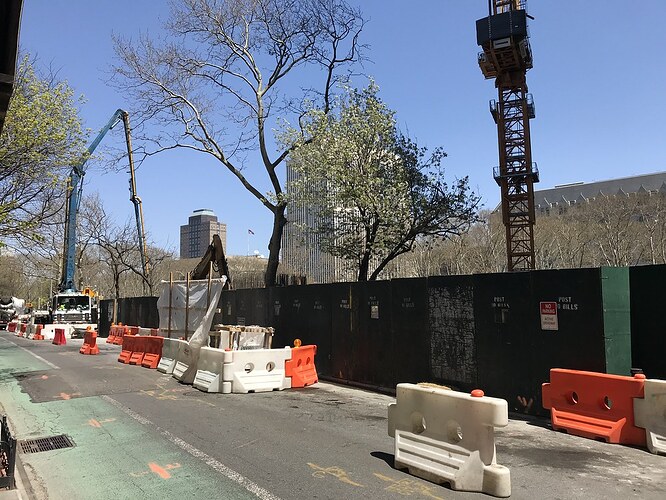 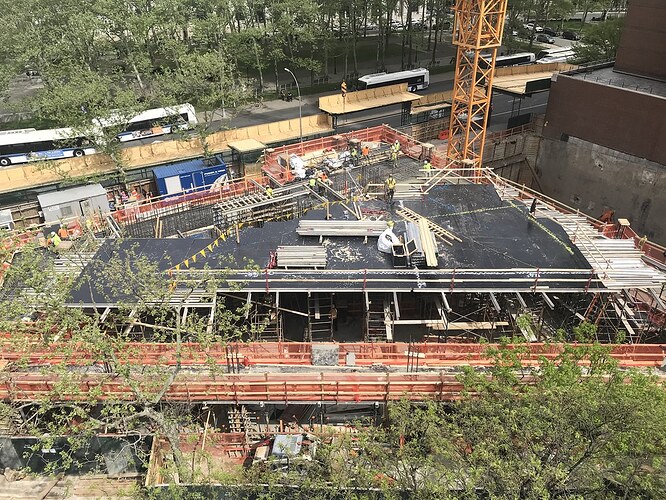 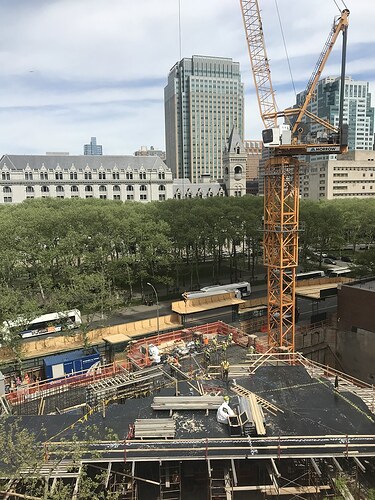 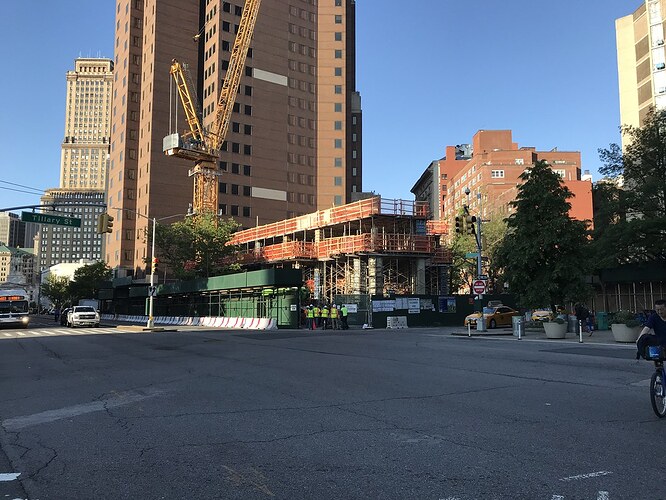 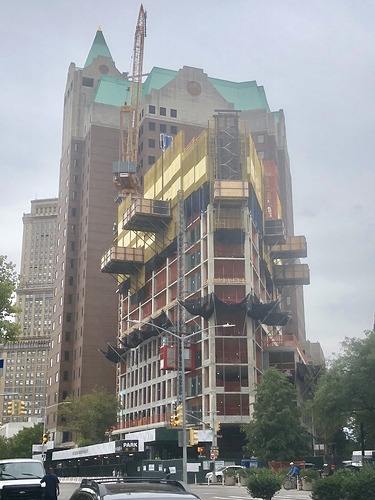