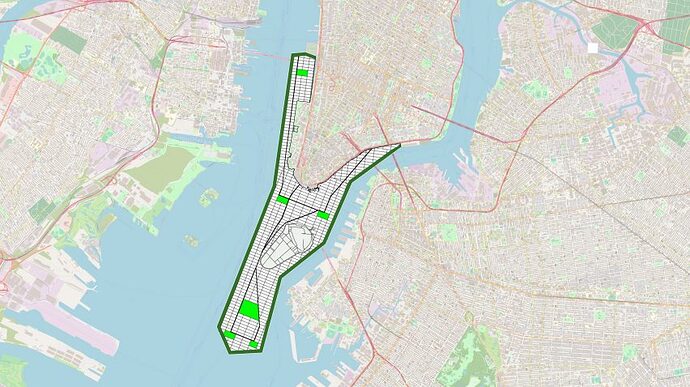 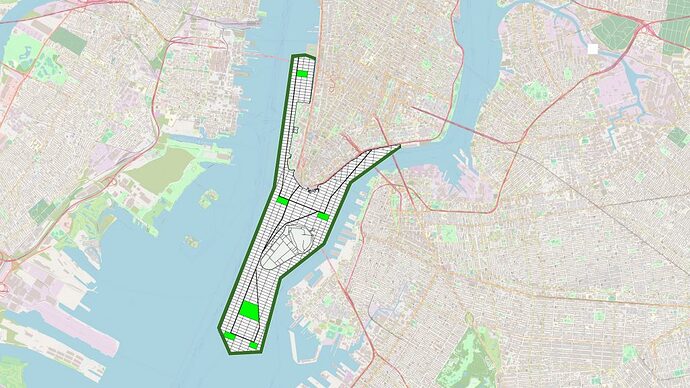 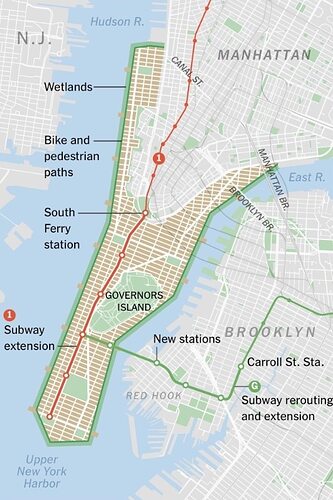 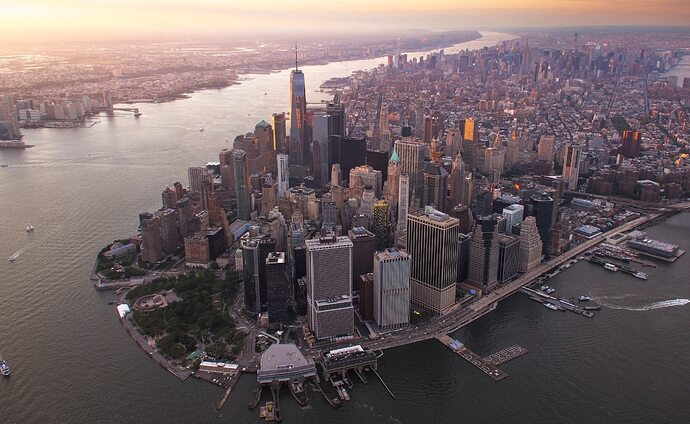 An artificial extension of Manhattan to save New York City

Eric Adams,  recently appointed mayor of NYC, could extend the Island by 1,760 acres. The radical solution would help simultaneously address issues related to the climate crisis and the growing housing crisis.

A very ambitious project and also very unlikely to be realized.

How’s about this vision for Manhattan? 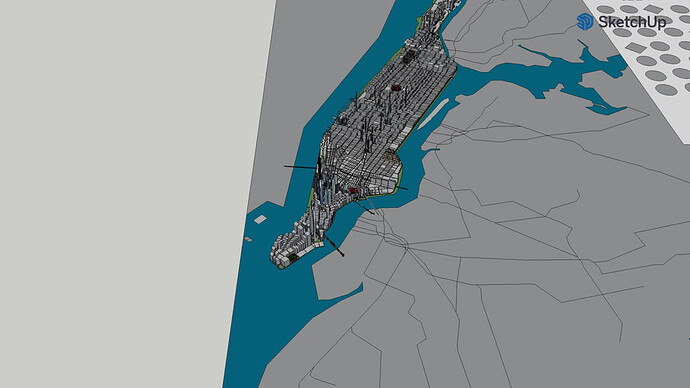 Here’s a look from above. Compare each one; 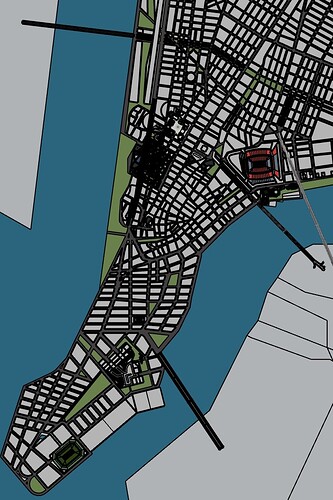 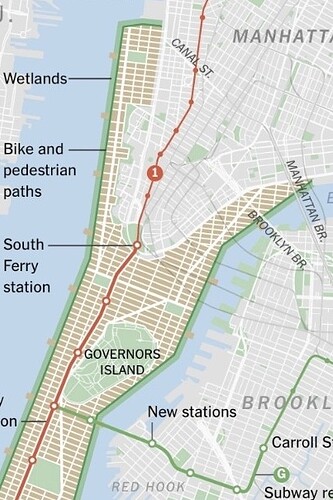 With the Jason Barr proposal, you basically get a mix of Long Island City and Midtown just plopped right down in Lower Manhattan, not exactly a nuanced proposal, and certainly not something in my wheelhouse. With my proposal, which takes inspiration from Vishaan Chakrabarti’s old proposal, we have the best aspects of Lower Manhattan, such as shorter, more nuanced streets and extremely high density, but we have the benefits of wider streets and more comprehensive planning.

The original financial district has the pressure taken off if it for the short term and there will be disruptions in that area for sure, but long-term, it can grow to new, unprecedented heights as an expanded area with more architectural potential than ever before. Battery Park City will be expanded to the north, all the way up to 23rd Street, and will have Three new zones; Battery Park Center, a sprawling commercial office complex, Battery Park Village, a spiritual, western extension of mixed-use Greenwich Village, and finally Battery Park Houses, a mid-century-inspired social housing development.

Not sure how feasible that entire plan is but I do think making a land bridge out to Governors Island seems like great idea from a sea rise, mitigation perspective.

With how close it is too the Brooklyn Waterfront I’m surprised there isn’t a bridge already.

Manhattan is not going to extend further into the harbor, there would be too many environmental obstacles and it would require a complete rework of maritime activity, specifically for the Staten Island Ferry. We should focus on building up protections against rising sea levels and densify under developed neighborhoods.

We should focus on building up protections against rising sea levels and densify under developed neighborhoods.

That IS what we are doing. Well building up protections at least, the densification under developed neighborhoods still needs work. This can barely be considered a vision and has like a 0.0000000000000000001% chnace of going anywhere

Well it would bring whitehall terminal closer to St. George’s terminal. It would eliminate one ferry route between Manhattan and Governors Island, and the Liberty Island route would be almost cut in half by length. 15 other routes would be changed. One could argue a few shorter ferry rides and the elimination of a ferry line would make the system more efficient. More quick and easy foot traffic and train rides. Less slow-ass boat rides.

@YIMHudson @Mackensen @F.Wright @NewYorkCity76 @crawdad @streetscaper @yesinmybackyard
I have completed my refined version for an improved and expanded West Side, which would take up the branding of Hudson River City.

The southernmost portion of the site and the location of a completely changed Battery Park is what most people associate as Battery Park City. From residential to commercial and everything in between and around, this portion of the site will remain largely untouched, but legally downsized to relinquish the title for anything north of Vesey Street.

The next portion will consist of the northernmost portion of the existing Battery Park City and a new portion which will extend up to Spring Street. This will consist mainly of a major commercial center known as Battery Park Center, and will thus be branded accordingly, as this area will be almost exclusively commercial in terms of its use pattern. 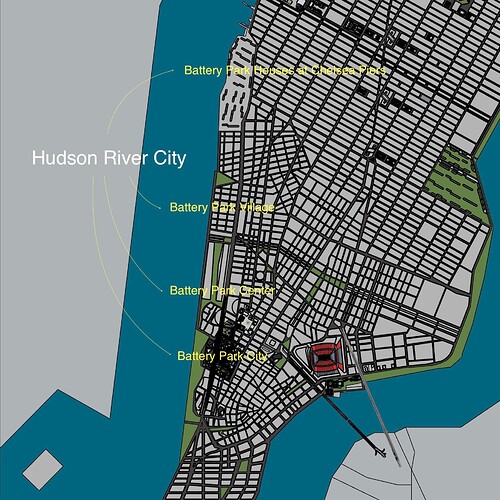 Another portion will be built as an extension to parts of SoHo and Greenwich Village, and will be marketed in kind. Battery Park Village will serve as a major mixed-use area with a primarily residential character, not to mention the addition of a sublime neighborhood park and the revitalization of key architectural styles being achieved in great measure.

The final portion of the site will serve the utility of housing any and all of the spillover residents and workers from the other areas. Taking inspiration from older, midcentury housing projects, the Battery Park Houses at Chelsea Piers will hope to serve and house as many residents as they can, barring any unforeseen activity which may or may not have been planned for.

Didn’t realize there was a thread for this. 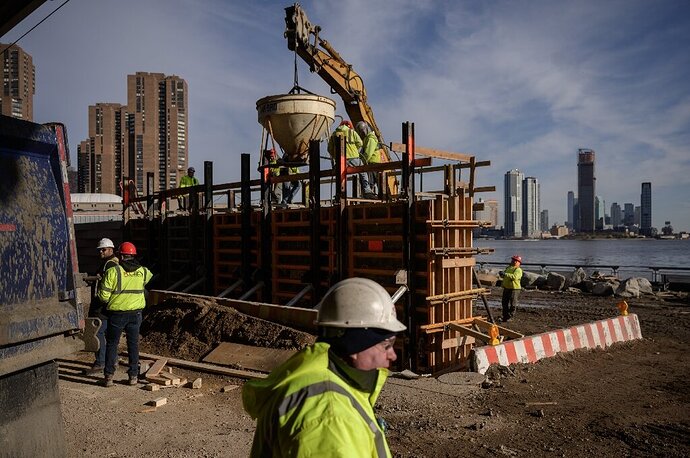 After major storms highlighted New York's weaknesses in the face of climate change, the city is erecting a $1.45-billion system of walls and floodgates to protect it from rising sea levels.

This Thread have a new title

No it won’t, putting up a wall is very different from the downtown extension. As a matter of fact, that article is not relevant to the downtown plan so I have no clue why it’s here.

Do we have any forums on the seawalls that surround and protect Manhattan?

I looked around and didn’t find anything. If nobody finds anything later we could create an all around thread on sea protections in general. Waterfront upgrades, esplanades designed to protect against it, oyster reefs, and yes seawalls.

The downtown extension “plan” isnt even real. I wish we could have subsections to filter out the legit plans from the side projects.

I agree. Thats going to be a huge part of NY in the coming years. 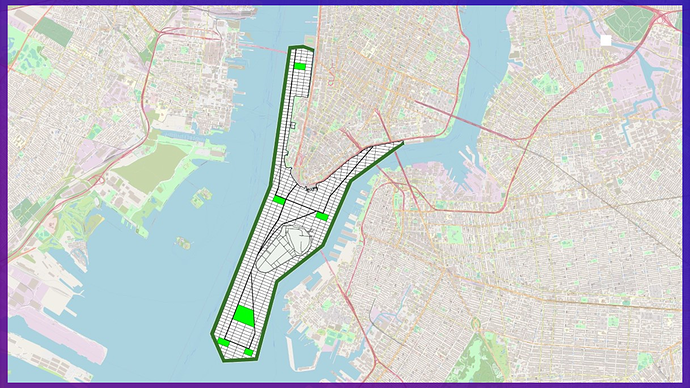 The master plan: How adding land to Manhattan can save NYC from storm surges

MANHATTAN, N.Y. (PIX11) — A decade later, Superstorm Sandy’s impact can still be felt in New York City and the surrounding areas.  Parts of the region saw 9.5 feet of floodwater fr…

This will never happen.