This will be one of the tallest Gene Kaufman hotels around.

midtown is slowly but surely bleeding into Chelsea.

If you’re interested in working with the developers of this site and others in the neighborhood to preserve the historical charm, reach out - flower.district.nyc@gmail.com.

Bank of the Ozarks and Square Mile Capital Management have provided $121.4 million in construction financing to Sam Chang’s Mcsam Hotel Group for the development of a 45-story, 526-key hotel at 140 West 28th Street, Commercial Observer can first report.

The deal, which closed last week, includes a $97.5 million first mortgage from Bank of the Ozarks and a $23.9 million mezzanine piece from Square Mile, according to information provided by Eastern Consolidated, which brokered the debt.

The 178,000-square-foot hotel is being constructed on a vacant parking lot on West 28th Street between Avenue of the Americas and Seventh Avenues in Chelsea. It is scheduled to open in 2019 and will operate under two separate hotel flags under the Marriott hotel brand; TownePlace Suites and Springhill Suites. The property will have two separate lobbies but shared common areas.

Another Kaufman ruining a nice neighborhood.

These are a new form of blight.

This is topped out or very close. 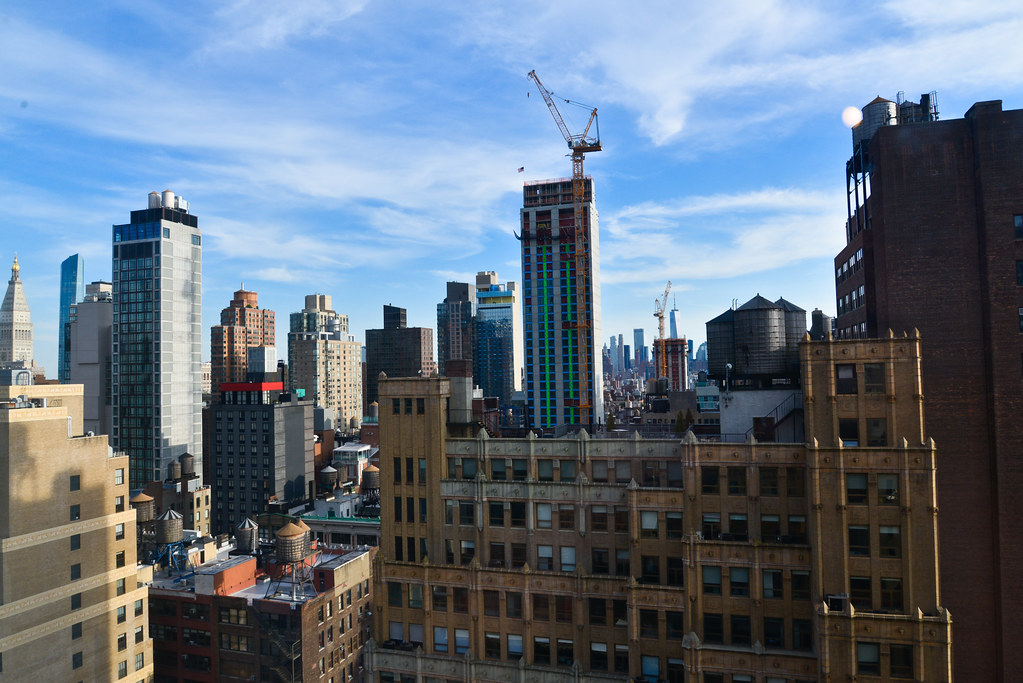 Well they’re back at work on this one because crappy Chinese hotels are essential.