Next month Community Board 1 plans to host a special meeting regarding the massive Hallets Point development proposal. Queens Chronicle reports, “Developers will present their finalized plans and inform the public of how the project will proceed.” The meeting is on June 10th, and the public will be allowed to deliver testimony. It begins at 6:30 pm at the Astoria World Manor, 25-22 Astoria Boulevard.

The $1 billion project will bring five towers to the Astoria waterfront, holding a total of nearly 1,700 units. Developers already received approvals from the City Council last year, now they are just starting their six month public review process. A nearby mega-development, Astoria Cove, began its six month review process in April. So it looks like we’ve got a whole lotta development coming for the shores of Astoria in the near future. 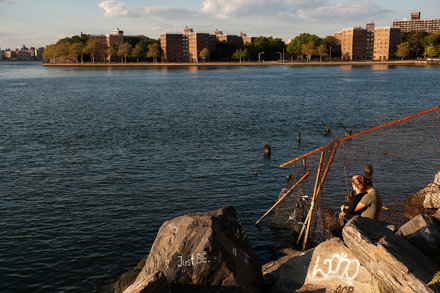 The Durst family, who helped revitalize Times Square, is planning a vast development in Queens, a sign of the seemingly insatiable demand for luxury housing. 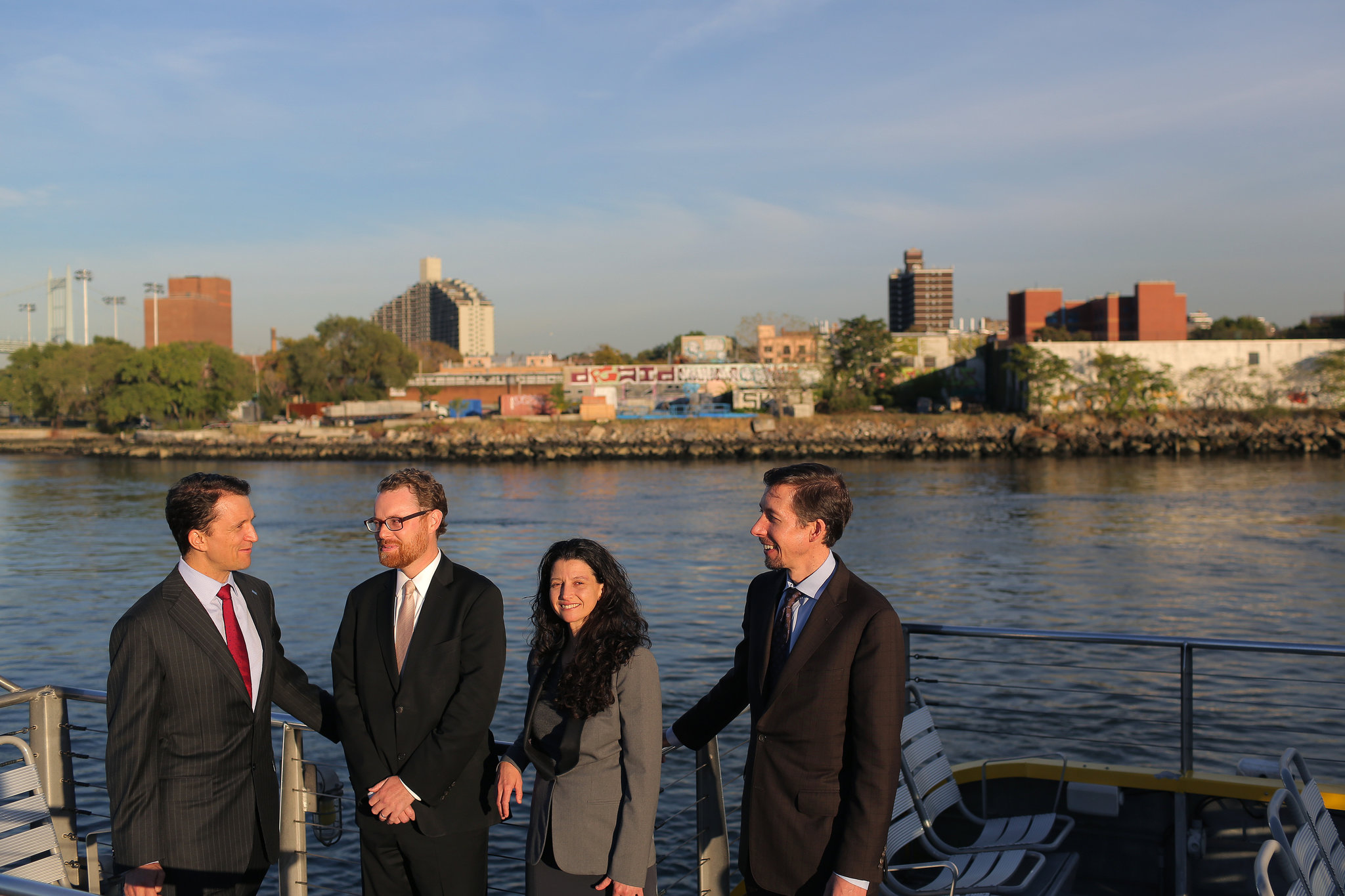 Plans call for a set of seven apartment buildings with more than 2,000 apartments — 20 percent reserved for poor and working-class tenants — an esplanade, a school and a supermarket where industrial buildings now stand.

The $1.5 billion project known as Hallets Point is a perfect de Blasio-friendly real estate endeavor. The mixed-use project, set to rise in a blighted section of Astoria, Queens, will add 2,400 apartments, some of which will be designated as affordable housing, and bring new retail to an area that is not well served. “There is no retail,” in the neighborhood at the moment, Mr. Durst said. “There is one tiny bodega. And there are no banks.” His firm is in talks with the community leaders to make sure the retail that goes in at Hallets Point is in line with local needs, he said. “A substantial part [of the project] is bringing retail to serve not just our tenants but also the N.Y.C.H.A. housing which is out there,” he said. He added that he doesn’t expect to make much profit on the retail rents, since the neighborhood won’t command very high rents.

Unfortunately, one holdout is also threatening the project, as The Real Deal reported last month. An entity called Astoria Equities 2000 signed a contract to sell a plot, one of three that makes up the Hallets Point project, in 2007, although the sale was not supposed to close until September 2014, TRD said. Alas, principal Isaac Deutsch is now reneging on his word, almost certainly in hopes of getting more money, a la Daniel Goldstein at the Atlantic Yards.

Mr. Durst isn’t worried. “We don’t believe that this is going to interfere with our project. We are going ahead with the planning as if we own it. We believe we will win this lawsuit quickly and continue with our plan.

Where it will go:

Trio of developers paid $3 million to get projects going

Last year, Albee Development, a consortium of developers building part of the City Point complex in downtown Brooklyn, spent $1.2 million on lobbyists, by far the biggest sum out of any single firm in the city, according to an annual report from the City Clerk’s Office released March 1. The recipient of most of that cash, Washington Square Partners, is also one of the the three partners on the project and lobbied various city agencies and departments, according to public filings.

“As government has become more complicated to navigate, nonprofits and businesses have turned to lobbyists to provide professional guidance,” said Dick Dadey, executive director of good government group Citizens Union. “You wouldn’t go into a court of law to defend yourself without the representation of a lawyer.”

The second-biggest spender was Halletts A Development Co., a development team led now by the Durst Organization that is building about 2,500 apartments on the Astoria, Queens, waterfront. The firm spent $60,000 for government relation firms, which are typically retained for a monthly fee to meet with city officials and the public to promote their clients’ projects. But Halletts, like many real estate companies that have to push projects through the public review process, paid far more, nearly $680,500, to retain Cozen O’Connor, a firm that has a large land-use practice in addition to a government relations arm.

“Under the definition of lobbying, land-use lawyers are required to register and report their compensation,” said Cozen O’Connor’s Kenneth Fisher, a former City Councilman who has been retained on the government relations side, the land-use side and sometimes both. Wow! Didnt think they would ever start this one. The new ferry line will help a lot for this remote section of Astoria. Looks like it has been bumped to 8 buildings and from 1800 up to 2400 units from the original post. 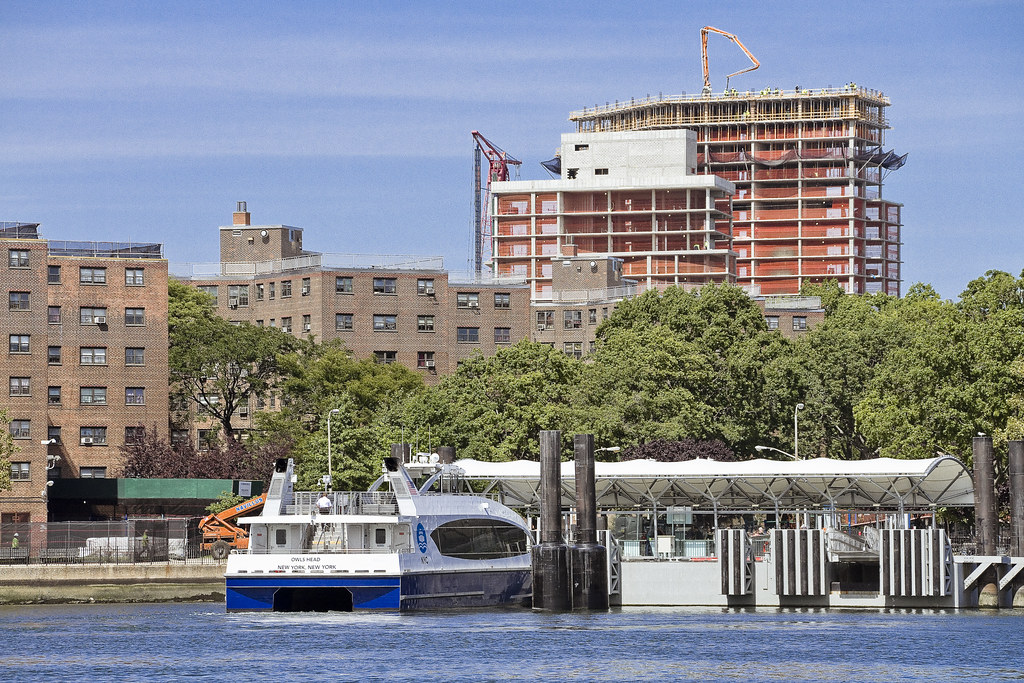 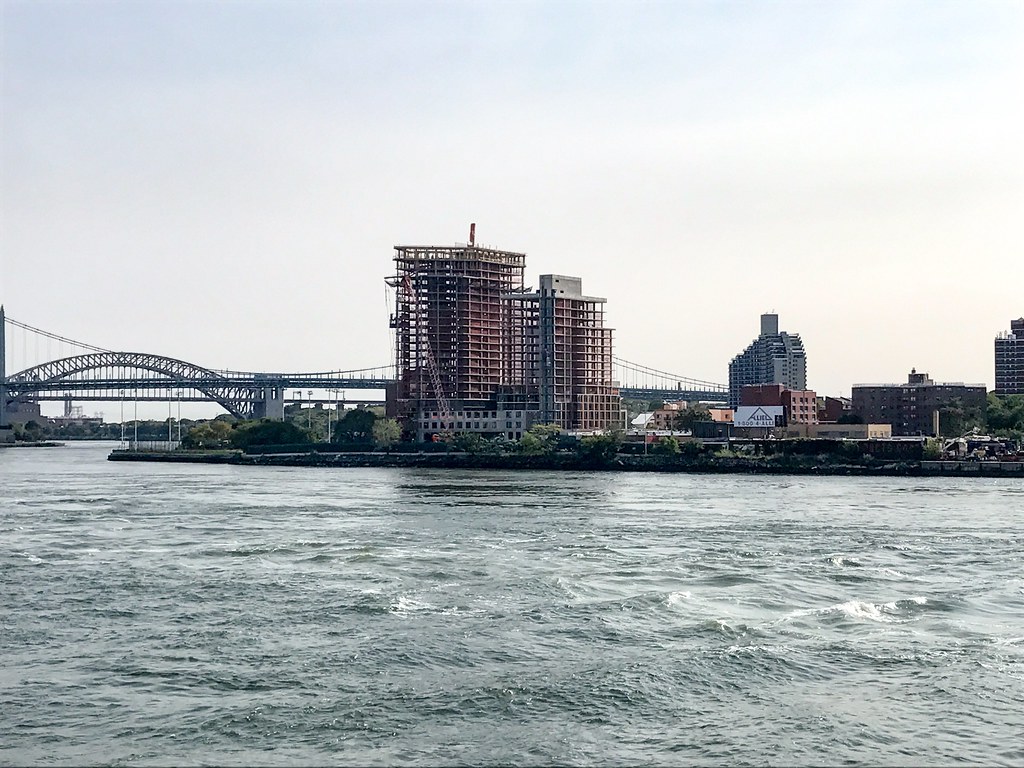 in a word: transformative. Hallet's Points' Next Phase Will Be Decidedly Glassy

After help killing one of the city’s most exciting waterfront projects in recent memory, The Durst Organization is moving forward on their Checking in With Halletts Point in Astoria, Queens

The first building in the Halletts Point megaproject topped out two weeks ago at the corner of 26th Avenue and First Street, just steps from the East River. 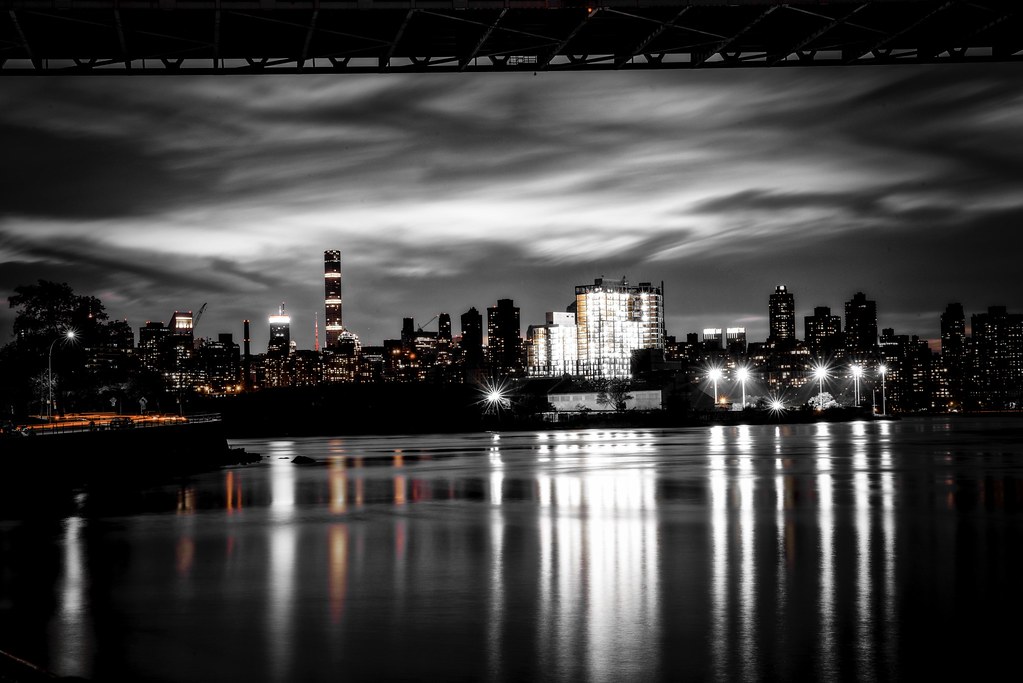 NYC At Night B/W/R by Samuel Wild, on Flickr 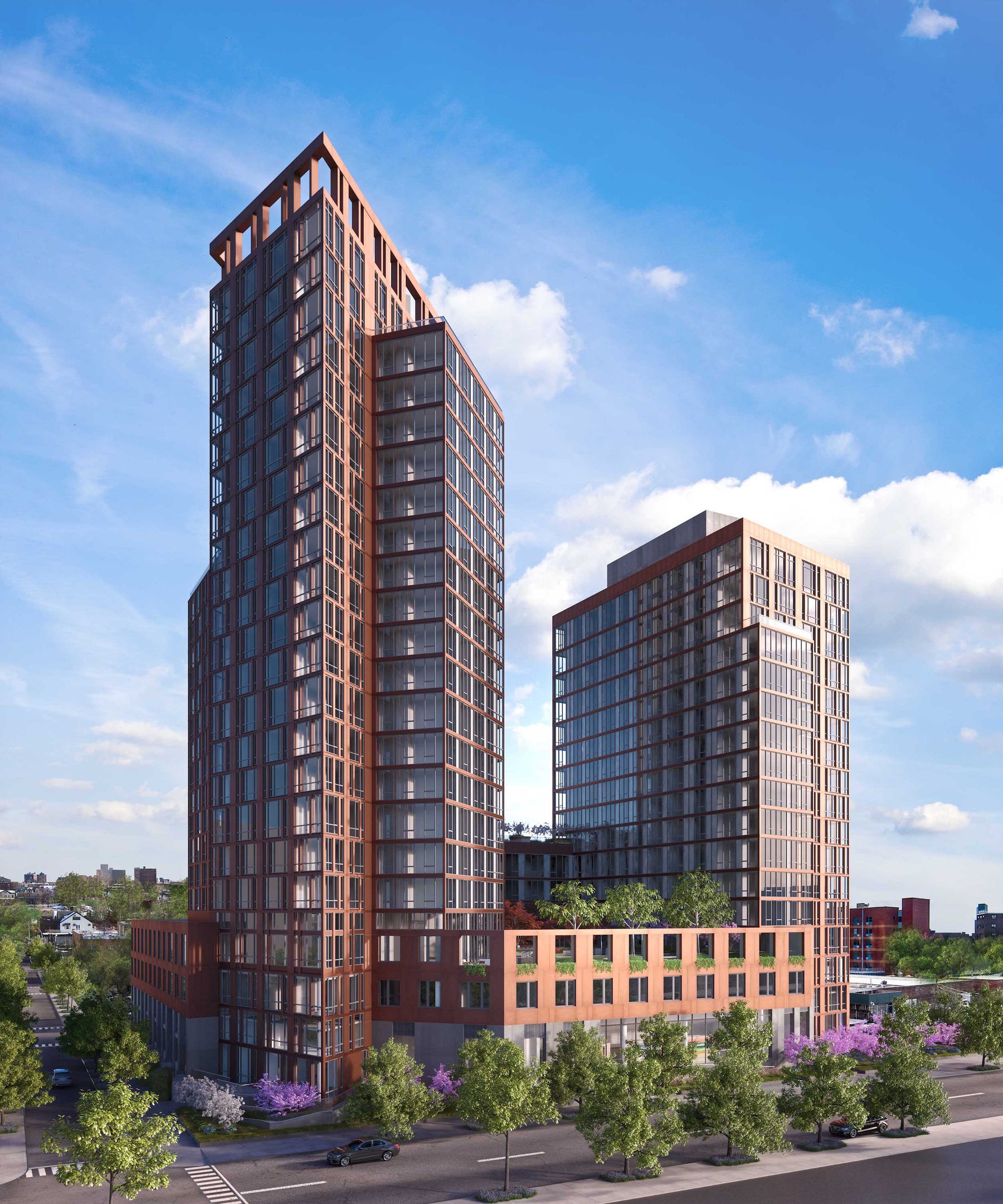 The Durst Organization knows a thing or two about locations. They own and have developed some of the biggest properties in Manhattan and now, 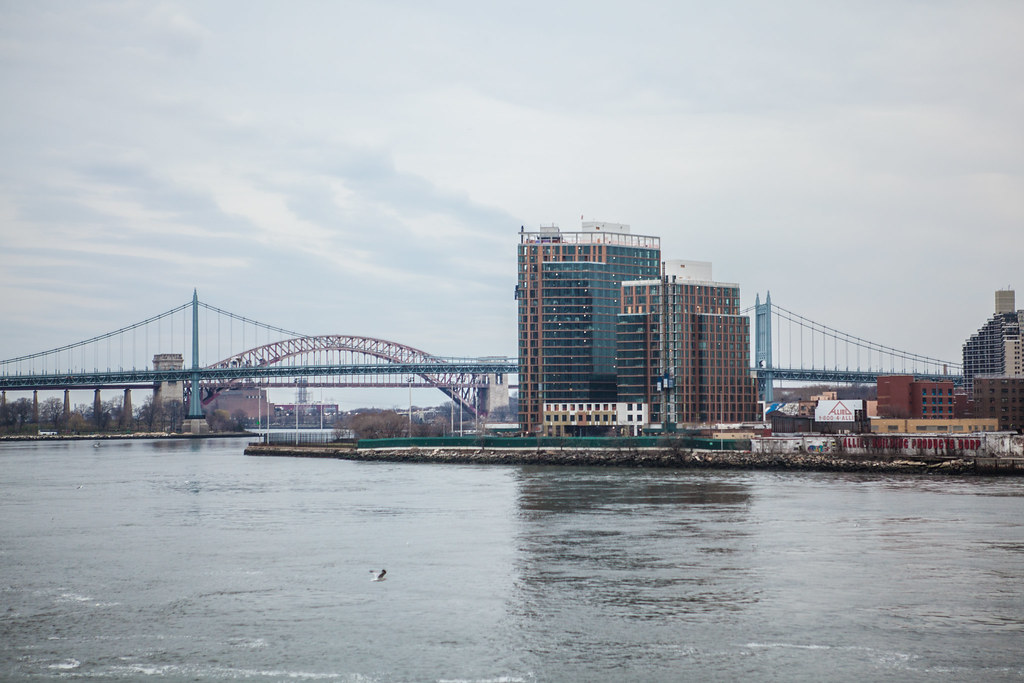 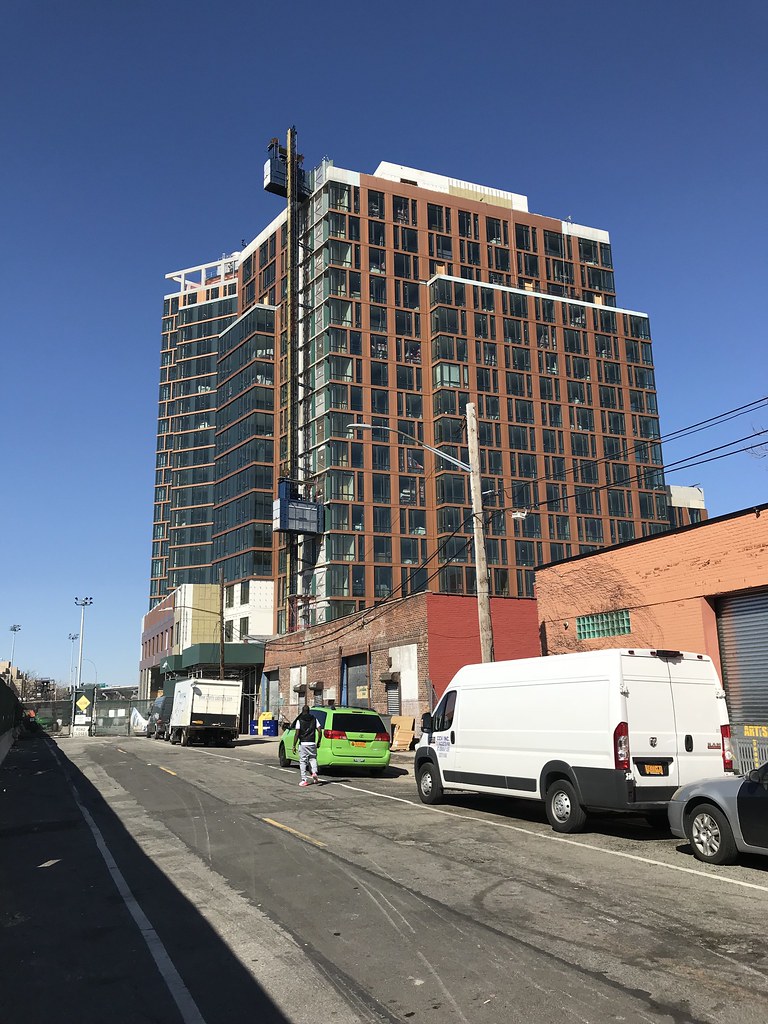 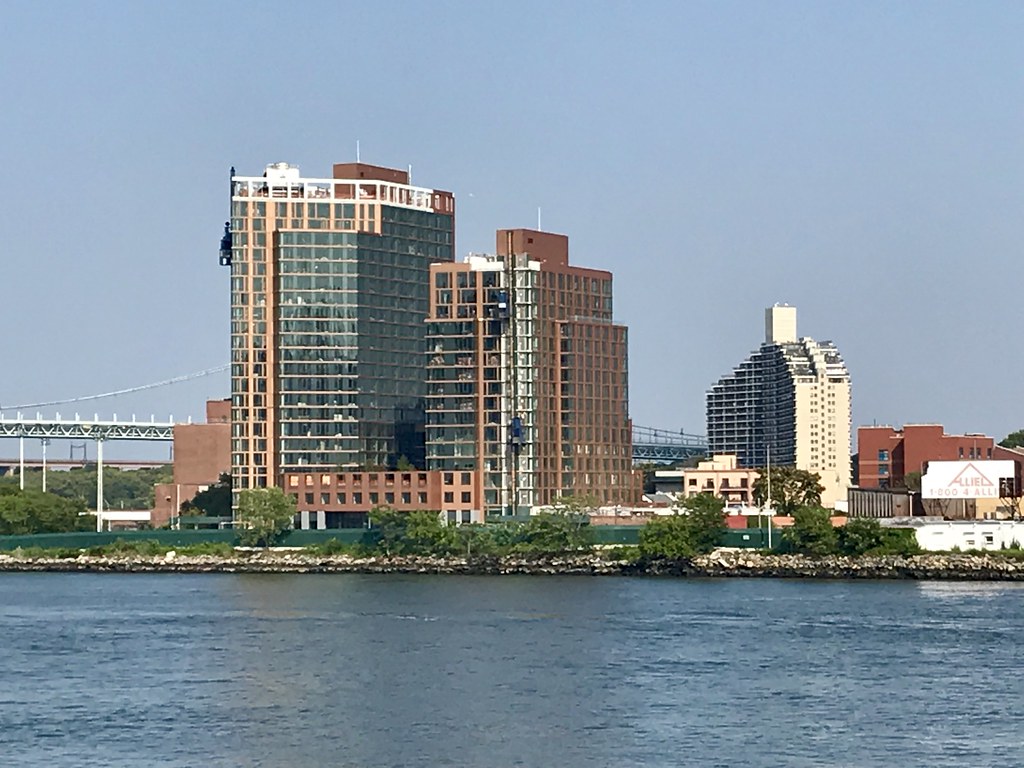 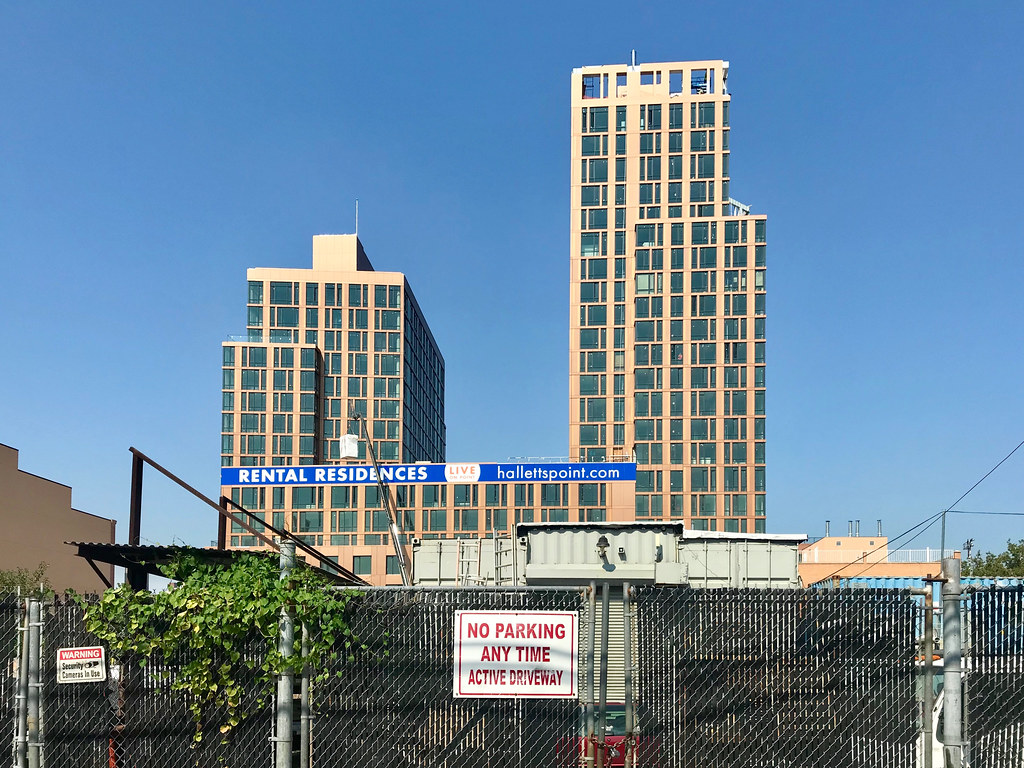