The adjacent parcel of junk. They’re all vacant, but for the one with the Dunkin Donuts and luggage shop on the end, which the developer does not yet own.

Taken today from 47th st right before 7th ave. is this under construction or was this demolition that i was seeing ? Hard to tell from my angle since i took this out of the sunroof of the car! Plus im not too familiar with this project even after reading the previous posts.

I believe this is still Demo 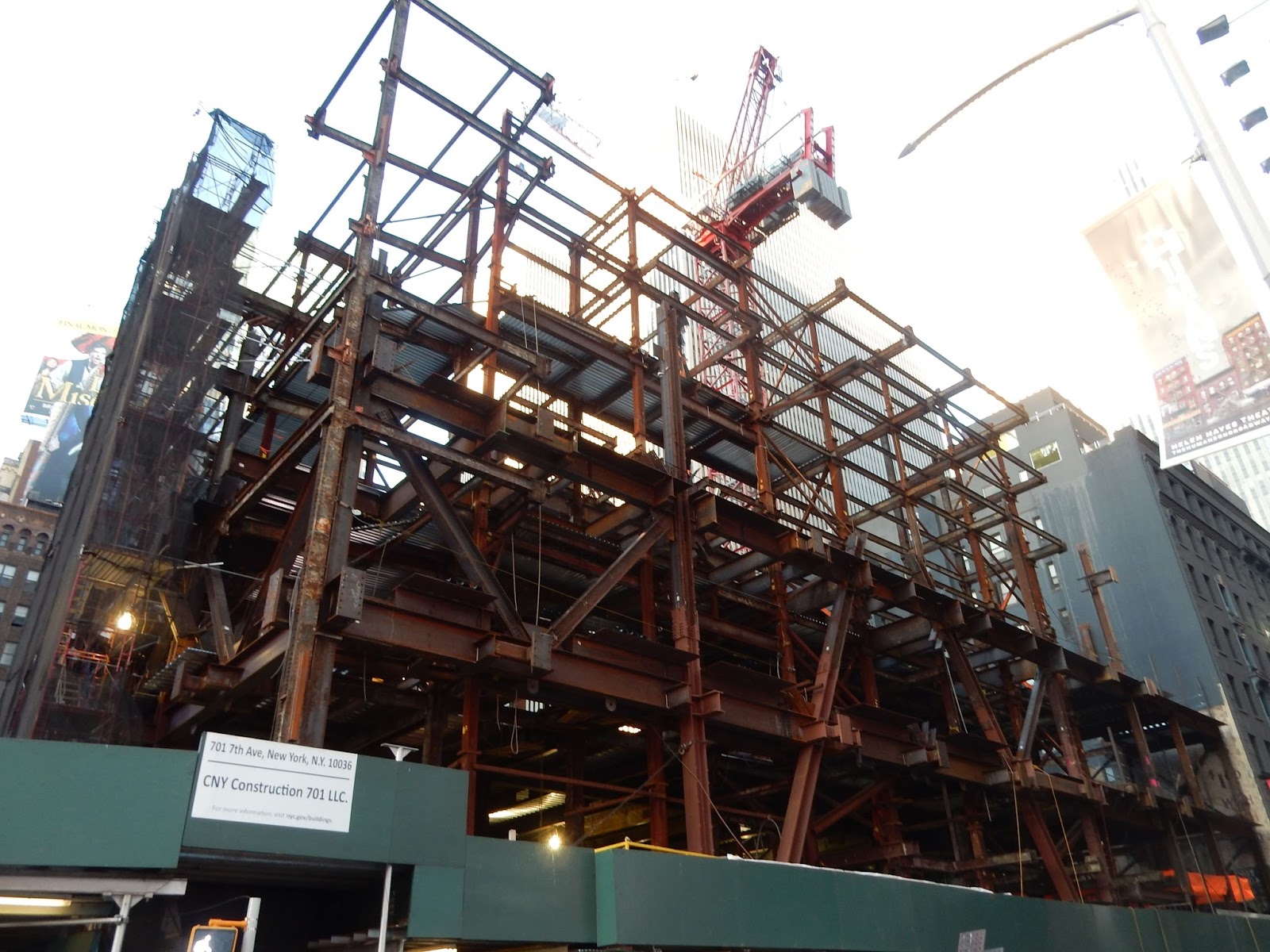 The National Football League is close to finalizing a deal to take about 25,000 square feet of retail space at the Witkoff Group-led development at 20

NFL store in Times Square makes sense. It’s a store that would heavily appeal to tourist

Night of May 31. First photo shows the adjacent building that appears to be topped out with concrete core in the back also about to top out. Third photo shows a steel piece on a loading truck.

I not sure if the building with the small billboards will go down or be renovated.

Times Square is a nightmare right now. The construction on the street, the plaza, and now this is making the area a traffic nightmare.

I think all of these improvements are worth it, and this tower, but man, TS looks like ground zero with so much activity and cement trucks.

I just want that stupid placeholder with billboards to go (1 Times Square). It should be replaced with the city’s tallest building, with huge billboards and an enormous atrium covering the first 500’ or so, and then hotel rooms and serviced residential up top (1,800’). Now that would be a landmark

That and the Marriott. That Marriott needs to be recladded badly. Its a grey concrete slab at the moment. Horrible looking hotel.

This being the culprit.

I think a cladding, with a Tokyo touch, maybe some modernization of the ads and billboards, and it could actually be nice.

Just an extra angle of the Marriot. A recladding needs to happen.

One times square should be in my opinion restored to its former glory. It would add so much character to the area and really make it unique. It would almost be like a flatiron building in the place of times square. The original 1 times square is stunning

The surrounding neighborhood has grown so much taller since it was originally built, if it was restored I think it would just look out of place and inauthentic. I think it should move forward in sync with the rest of 42nd Street (i.e. One Vanderbilt and BofA).