Tishman Speyer has assembled a site in the Hudson Yards aream of Manhattan where it plans to build a second office tower, giving the company more prominence in a section of New York that’s primed for growth.

The development firm acquired 434-444 11th Ave. and 550 W. 37th St., adjacent properties where it intends to construct a 1.3 million-square-foot skyscraper, according to an e-mailed statement Wednesday. The price wasn’t disclosed. Last month, Tishman Speyer unveiled a design by Bjarke Ingelsm for a 2.85 million-square-foot office tower that will have a spiral of landscaped terraces wrapping around its facade.

With the two office projects, Tishman Speyer is raising its profile among builders on the far west side, where the city has extended a subway line and encouraged development to expand the Midtown business district west to the Hudson River. Related Cos. is leading the effort, with its 28-acre Hudson Yards project being built mostly over rail yards. Brookfield Property Partners LP is working on its 7 million-square-foot Manhattan West development, and Moinian Group plans a skyscraper at 3 Hudson Boulevard.

The Hudson Yards area “is rapidly emerging as one of its main engines for further economic growth” in New York, Rob Speyer, Tishman Speyer’s chief executive officer, said in the statement.

Maybe they should build residential instead of office or will they hold off? Office construction in Hudson Yards has stalled for quite some time. Tishman Speyer quietly bought a run down auto-shop last week, and plans to build an elaborate park on the city's Far West Side. In return, the city

Tishman Speyer, led by Rob Speyer, paid $20.14 million for the park site, a two-story warehouse at 527 West 36th St. It will be redeveloped as a park, and help build out a planned greenway to span West 33rd and 39th streets. It will be built over rail yards currently occupying the site.

North Hudson Yards will continue to see condos built but any offices in the pipeline are probs not going to be built until the next cycle. Anyone know the ownership of sites a,b&c on my diagram?

The west side of site B was supposed to be Kaufu’s hotel but that seems to be dead the last few years with no updates since a bunch of legal trouble.

The Eastern half of site B with the 2 empty lots at least is supposed to be Chetrit’s mixed use development and supposedly had pre development funding to start in early 2019.

Site A is the Rockrose/pelli. Mixed use development. They just bought more air rights this year from the HY Dev fund.

surprised to already hear details of this.

99 Hudson Boulevard is Tishman Speyer’s newest development in the Hudson Yards District. The innovative tower will rise 44 stories and feature boutique, premier office space and public space. The property will distinguish itself through an innovative architecture and elegant connection to the environment, through panoramic views, elevated gardens and flexible, interconnected internal spaces. 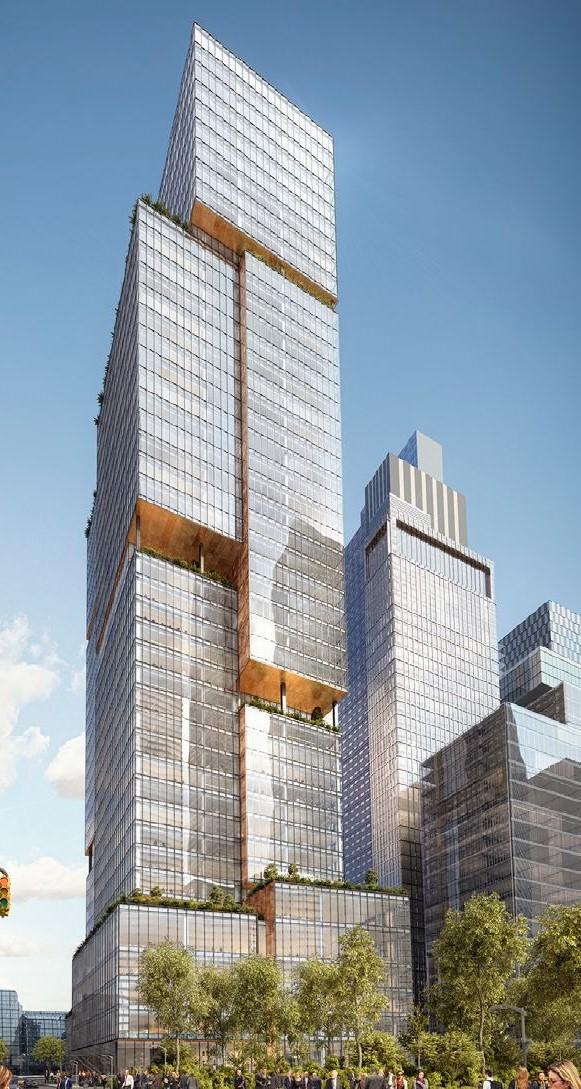 This is the building Tishman bought to raze in order to extend the park northward and received air rights for its tower slightly to the west.

Hope it comes down soon.

Taken a couple days ago

These are now gone. Hopefully they can start working to extend the park sometime in the not too distant future.

YIMBY stopped by the site of Henning Larsen Architects' 99 Hudson Boulevard, a 44-story office tower being developed by Tishman Speyer in Hudson Yards.