Plans for Solil Management's new Tribeca rental building at 86 Warren Street have just been approved. The parking lot site, between West Broadway and

If would bite Vera Wang if these putzes build a glass tower there. That area warrants brick and stone.

YIMBY has the latest permits filed for an 11-story hotel at 86 Warren Street in Tribeca, Manhattan.

“Developers can, however, file for an Essential Construction Request, which is what happened at 86 Warren. ‘This application was initially approved by the Department, however a subsequent audit of the project found that project did not meet DOB criteria for essential construction in NYC,’ wrote a DOB spokesman. ‘The Essential Construction Request approval was revoked on Friday, 4/24/20, and the site was ordered to shut down.’” 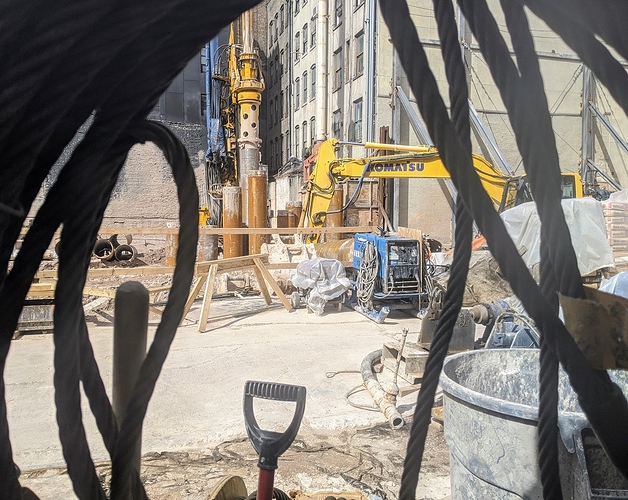 Tribeca Citizen | Construction Update: What is essential and what is not?

The hotels under construction at 86 Warren and 456 Greenwich cannot continue work, despite some action on Warren Street last week. 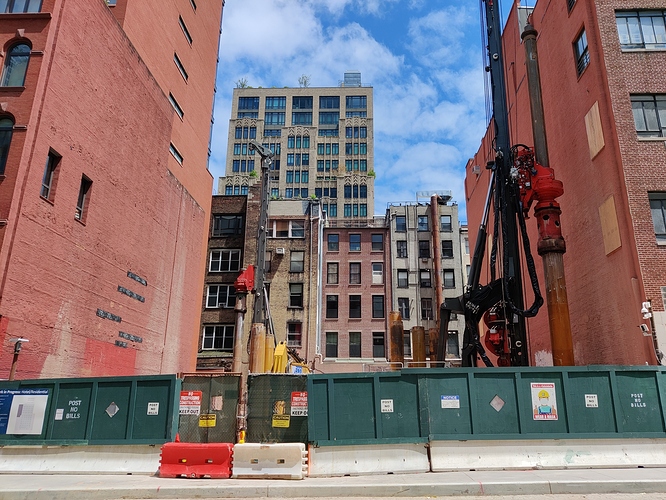 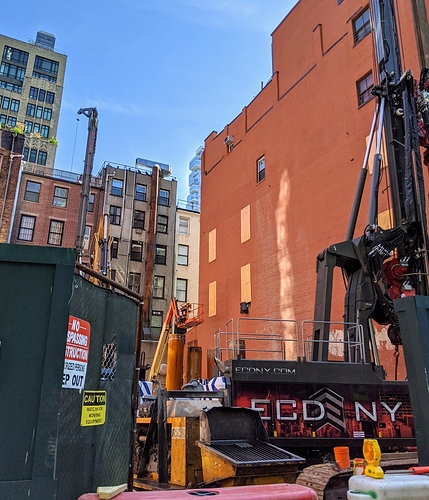 Tribeca Citizen | The cost of living next to a construction project

What’s worse: living next to construction equipment and an open pit for years, or putting up with the noise of construction while you are trapped at home? 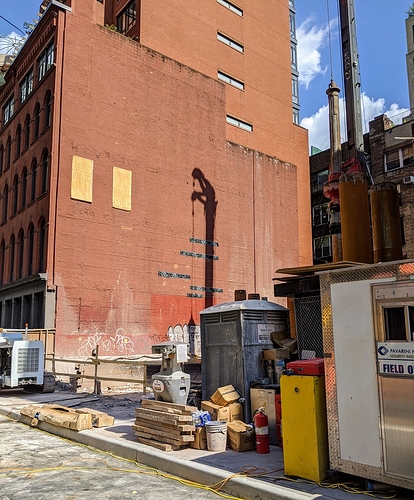 Activity on the site has been quiet for more than a week, but Firmdale Hotels says the work continues on design and engineering for now. 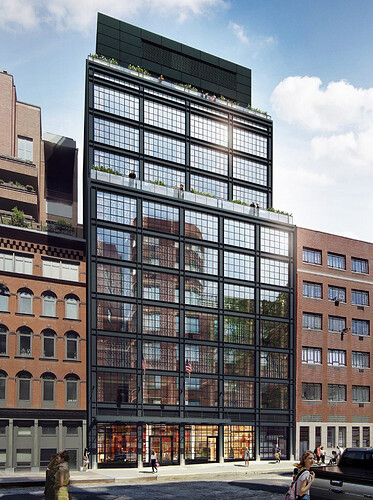 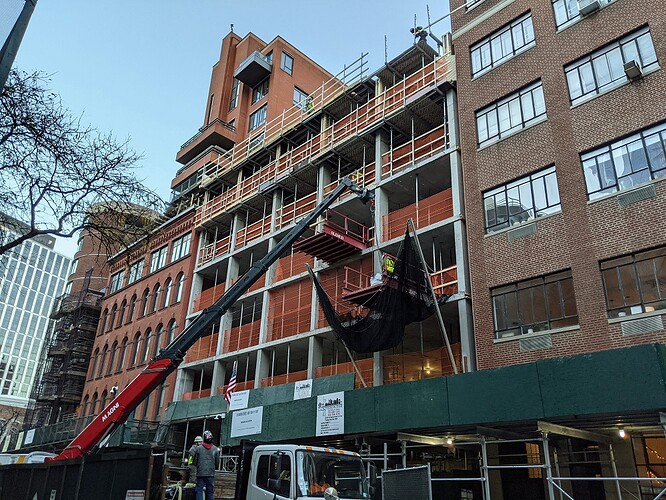 Tribeca Citizen | The Firmdale hotel on Warren is moving along

The construction schedule has them adding about a floor a week to what will be an 11-story hotel to match its Soho sibling, the Crosby. 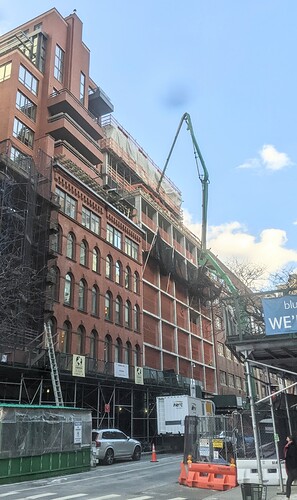 Construction has topped out on The Warren Street Hotel, an 11-story project from Stonehill Taylor and Solil Management at 86 Warren Street in Tribeca. 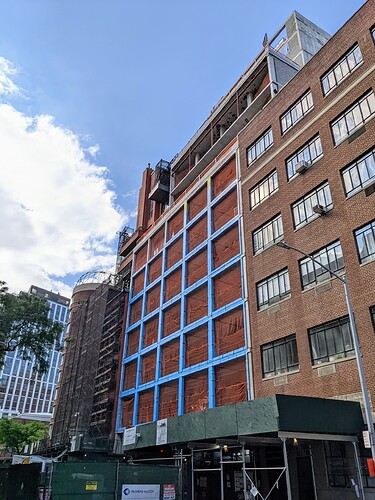 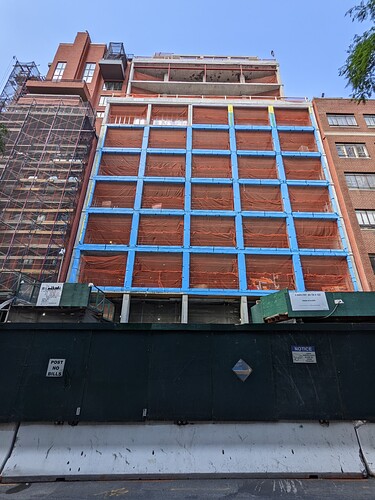 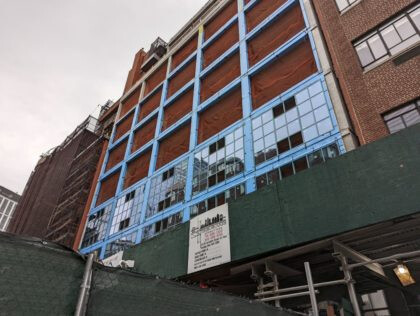 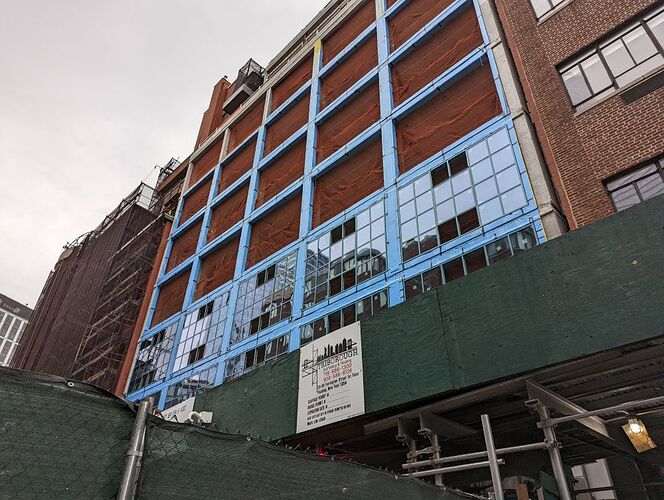 Plus the Jackie Robinson Museum is open; Blood Manor is getting ready; new show at the Skyscraper Museum. 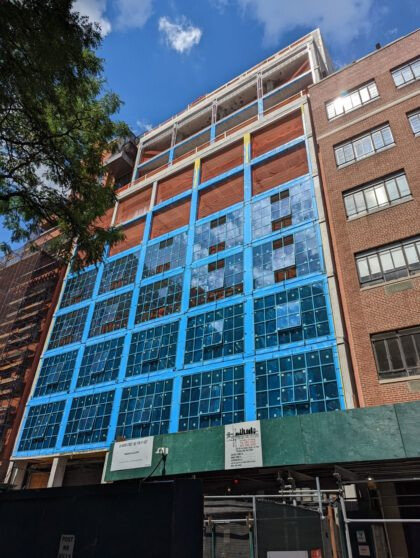 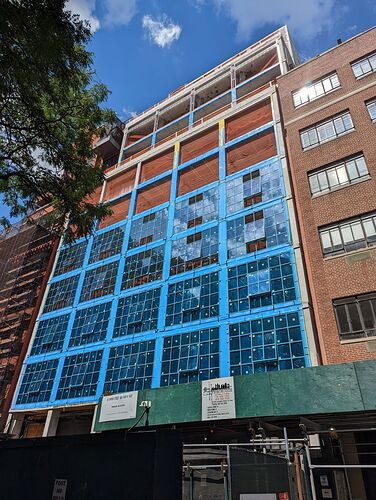 Tribeca Citizen | An update on the Warren Street Hotel

Construction will be wrapped up by fall 2023, with 57 rooms and 12 rental apartments on top.

Façade work is progressing on the 11-story Warren Street Hotel from Stonehill Taylor and Solil Management at 86 Warren Street in Tribeca, Manhattan. 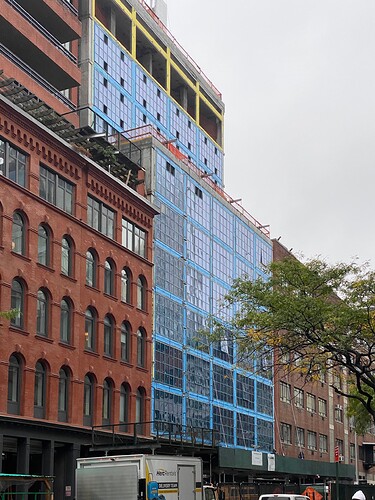 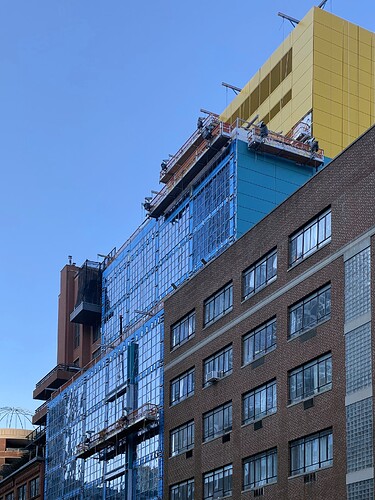 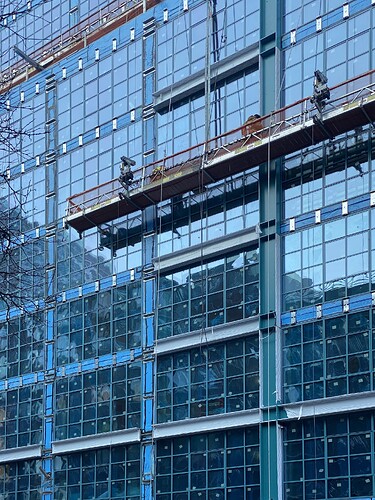 Personally, I think it’s a travesty. Black would have been 10x better

How on earth do you go from having a building be black to it being two different colors that don’t go together or look good?

Ah, it’s cause YIMBY doesn’t like to update renders (for a number of projects) when they post new articles.

This change was made a year ago, the “yellow” looks better in the render but maybe it’s just because the recent photos were captured in the shade that it looks too yellow? 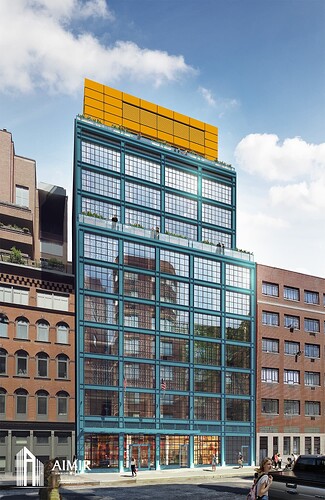