Foundation work is underway at 85 Flatbush Avenue, where a 12-story building designed by Gene Kaufman is now rising. The structure will be a mix of residential and hotel, and – per DOB permits - will hold 69 units and 171 rooms.

Plans for the development have undergone changes since the original proposal, which would have risen 21 stories, in a spaceship-like design by Ismael Leyva. The new version is less interesting, but given that Kaufman is the architect of record, it is surprisingly nice. In this case, a relatively boring final product is significantly better than the alternative, and one need only look to Manhattan to see what Brooklyn avoided. Nevertheless, it is disappointing that such a prominent location will see such a small addition; the site would have been perfect for Leyva’s futuristic creation.

The Kaufman version of 85 Flatbush will be surprisingly urban-minded; besides the new street-wall, it looks as though the building might even have casement windows along the upper floors, which is a decidedly traditional departure from Kaufman’s tendency towards austere modernism.

With major progress evident on the foundations, 85 Flatbush should soon ascend above street level, and completion is likely in late 2014 or early 2015.

85 Flatbush Avenue Extension has come together rather quickly, and the Gene Kaufman-designed building will form a relatively pivotal role in establishing the corridor’s urban identity, given its visually prominent location at the junction of Flatbush and Myrtle. While the structure’s massing is not bad, the mid-rise is hardly befitting a location with excellent visibility and transit-accessibility.

Cladding has yet to be unveiled, but contrary to Kaufman’s typical product, the end-result is likely to be semi-appealing, and at the very least, will create a nascent street-wall. Across Myrtle, the Hampton Inn presents an unflattering contrast, with a design that’s apparently derived from the worst budget stock in Midtown and Lower Manhattan; PTACs are featured prominently, and exposed floor-plates are painted over in black, as if it makes them invisible.

This did not turn out terrible.

The Tillary Hotel in Downtown Brooklyn, owned by Isaac Hager, is facing foreclosure.

Hi @Cassie_Persha ,
It seems you are in the wrong place, this is just a forum of people who like buildings. But, you can use Breaking Ground’s “Street to Home” system, linked here: https://breakingground.org/what-we-do/street-to-home

You can also call 311 and ask for Mobile Street Outreach. A team will be dispatched to the street location within one hour (and often much quicker).
During business hours (M-F 9am to 5pm) outreach teams can be reached at:

They will only take you to a shelter if you want to, and they will be able to get you on the way to housing! 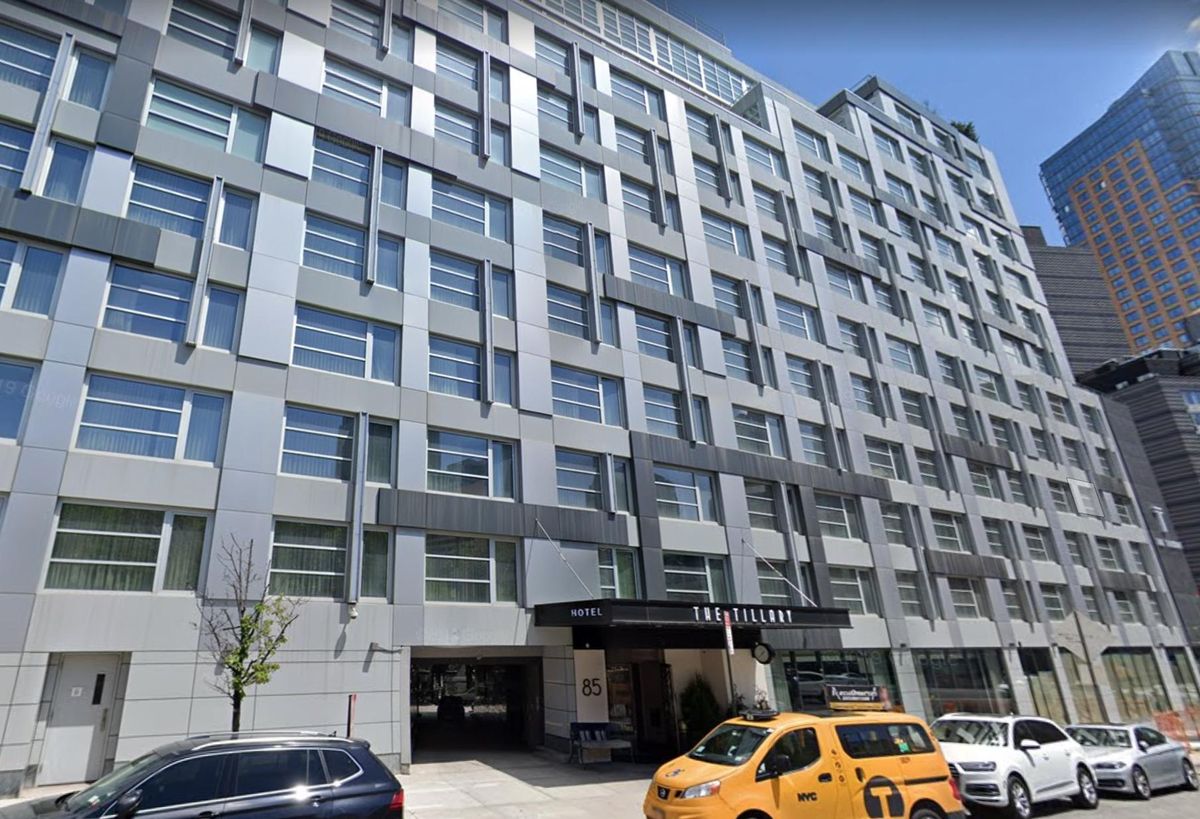 The plan is to keep the hotel open and stabilize the asset.