The first permits are up for a new hotel designed by Stonehill & Taylor at 156 Tillary Street, in Downtown Brooklyn; the vicinity is seeing a mini-boom, and next door, a Hampton Inn by the same architect is rising at 125 Flatbush Ave Extension. Lodgeworks is the developer behind both sites.

156 Tillary will be larger than its 13-story neighbor, standing 22 floors and 220 feet. The hotel will have 143 rooms spanning 58,310 square feet, and Brownstoner reported on its demolition last summer. As of February, the structure was still standing, though plans seem to be progressing toward newfound verticality.

No renderings have been released, but the design for the adjacent building is slightly muted, and given the projects’ shared developer and architect, something similarly austere would seem likely at 156 Tillary. At 23 stories, the tower will blend into the skyline, and several taller residential structures are located to the south.

Given the generous scale of both Tillary Street and Flatbush Ave Extension, larger buildings are necessary if the neighborhood is to gain a truly urban feel. Still, infill development is currently booming, and if the current pace continues, the vicinity will soon evolve into a vibrant and relatively pedestrian-friendly node.

No completion date for 156 Tillary Street has been announced. 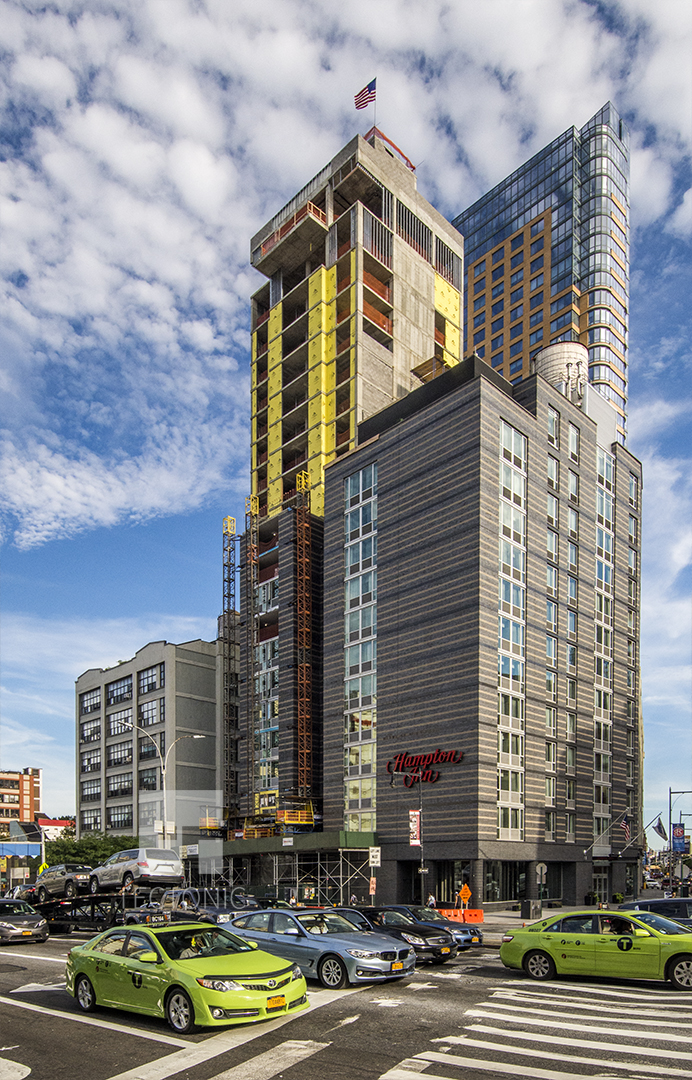 YIMBY has a construction update from a new 22-story, 145-room hotel under development at 156 Tillary Street, in Downtown Brooklyn.

This one has been complete for a while