Silverstein Properties has lined up financing for one of the largest investment-sales deals of the year.

The developer will likely demolish the existing buildings, but its plans were not immediately clear. Sources said the complex was marketed as both development opportunity for luxury residential condominiums or as a new office complex.

Demolition would not occur for at least a few more years, as the broadcaster is expected to lease the space back until a new headquarters is ready.

Something interesting for next dev cycle maybe?

2 WTC financing? One can hope… it’s still too early for Silverstein to start here. 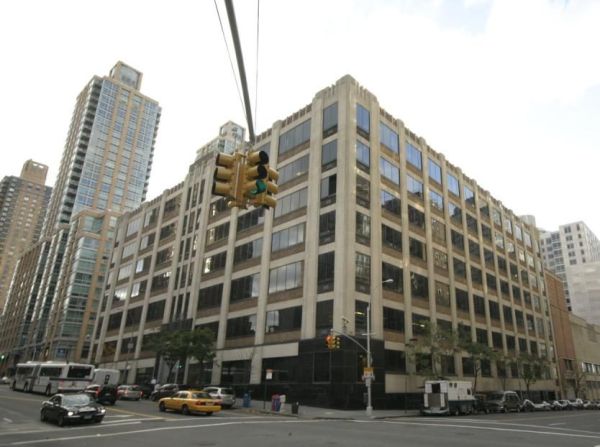 Silverstein Properties has sold part of the former Disney-owned ABC campus to Taconic Investment Partners for about $220 million.

The assets — at 125 West Side Avenue , 320 West 66th Street and Lot 61 — are collectively known as the “West End Campus” and comprise 513,437 rentable square feet. The properties are part of the nine-building, 1.7-million-square-foot ABC campus purchased by Silverstein in July 2018 for $1.15 billion.

An additional 105,575 square feet of development rights can be tapped into at Lot 61, which sits adjacent to the properties.

New Rendering and news out

Sneak peek at the skyscrapers coming to former ABC/Disney lots on the Upper...

Beware COVID-19/Great Recession part two, one of the great things about New York is that it will never be finished. Specifically speaking for 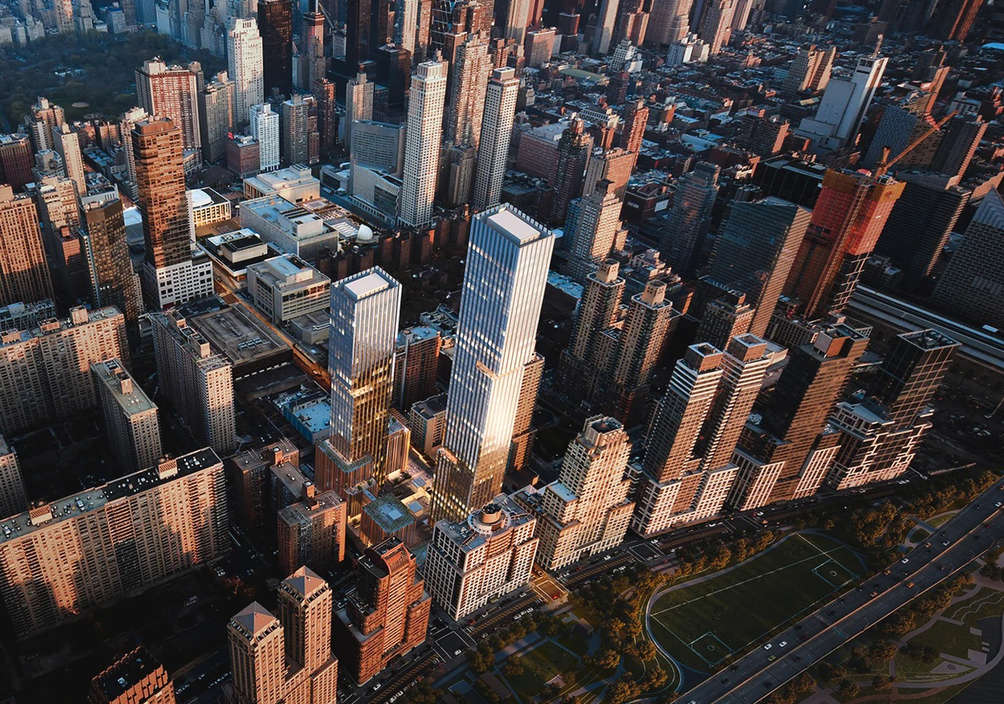 Those towers suck for such a prominent location.

I assume that the underemployed, Socialist putzes in the area will wage war on the height of these towers. 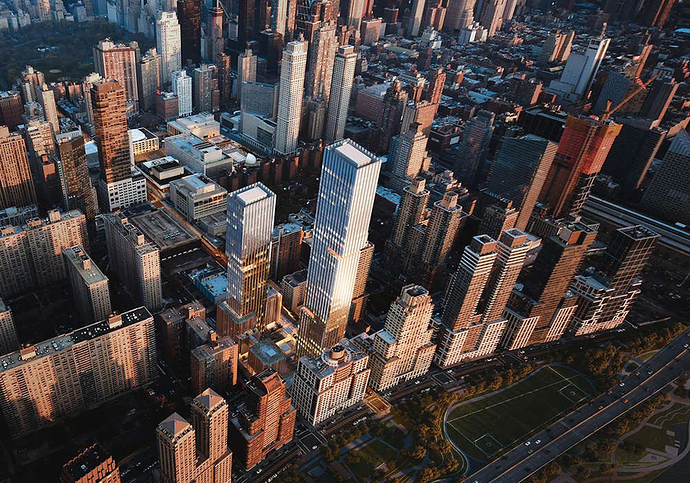 YIMBY has a look at plans for two new skyscrapers by Taconic Investment at 125 West End Avenue on Manhattan's Upper West Side, next to Lincoln Towers.

Objection to any ‘zoning rights approved’ new building in NYC does not seem quite reasonable; however, opposing these two towers would make more sense than any objection to 200 Amsterdam - because these two buildings block the ‘southern exposure’ for many of the Lincoln Tower buildings. Southern exposure to the sun means that direct sunlight enters through the apartment windows: all day long. Windows facing North, do not get ANY direct sunlight: only ambient sunlight due the the arc of the sun: the result being a fairly dark apartment. East facing windows get a bit of direct morning sun, and West facing windows get a bit late day sun: but SOUTHERN facing windows are the proverbial sweet spot for bright natural light into NYC apartments. I have done many ‘shadow studies’ for architectural firms and developers requiring ULURP ‘Uniform Land Use’ studies as a zoning approval process: so I know full well the shadow and light blocking affect these two new towers will have on that particular vicinity. I hope to see Taconic prevail with the construction of these new towers, after all: guaranteed views and sunlight can not be reasonably demanded or legislated here on Manhattan (skyscraper) Island.

Ennead did the design in ^ article, which has been updated to reflect that Taconic’s plans are not depicted above (just a heads up).

There is lots of chit chat about 200 Amsterdam lawsuits being unjustifiable. That may be true as a conclusion about the best use of that land. But is the criticism justified if the land use is illegal. The plaintiffs may end up loosing. Fair enough. But if they win then are the lawsuits unjustifiable? Isn’t it ok to uphold legal norms? If you don’t like the norms then work politically to change them. But don’t critique the bringer of news about illegality too harshly.

I think it is too early to tell what will transpire with this project here on 66th Street. Regarding the other project, I don’t know if the lawsuits at 200 Amsterdam are justifiable: my attitude is that opposition to either of the two above mentioned buildings simply seems unreasonable. I have a friend who disagrees with me on that point and we can agree to disagree because we only have differing ‘attitudes’ or ‘opinions’ - we both know there is no factual right or wrong on the matter. My objective when commenting on 200 Amsterdam Avenue is to make the details of the case ‘public knowledge’ in the event that something ‘unjustified’ or ‘wrong’ does occur; as a result, those wrongdoings do not remain concealed from the public. The 200 Amsterdam project thread has become a good opportunity for me to engage in citizen journalism and report on what I see as both an interesting and unfortunate chapter in NYC zoning regulations and enforcement. On the matter of 200 Amsterdam am hoping to find out what is transpiring as it occurs: most recently I posted the community group lawyer statement that the developer agreed to “proceed at their own peril” - that claim was then publicaly refuted by the Lawyers for the developer. I posted that news update on the other thread, and hope that you, and others, continue to post any news on what develops: if only for the purpose of sharing information. I promise not to critique or judge - at all - let alone “harshly”.

Thanks for your response infoshare. I agree that the entire process has been shrouded in mystery. Very little of the inner workings and the reasons for the terrible sloth in handling the various segments of the dispute have come out. It has been frustrating for all of us intrigued by the permit and court proceedings. And I am truly amazed that the developers went ahead with construction in the midst of the whole thing. I too am skeptical about it. Money under the table somewhere in the building department? in the courts? Why did no one seek to speed things up? Did the developer really give up later claims for damages? Against everyone involved–private and public? I’ve been puzzled by this one since the actual legal disputes first emerged.

Surprised Silverstein won’t be redeveloping, sounds like they’re making a loss here. But now it’s in the hands of the G-Man 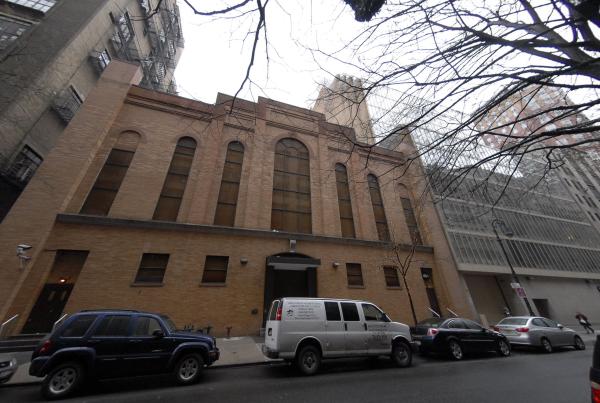 Silverstein Properties is selling part of the ex-Walt Disney Company-owned ABC campus to Gary Barnett for around $930 million, sources said.

Barnett put a $50 million deposit down on the office assets — which sit on Columbus Avenue between West 66th and West 67th streets and is occupied by Disney’s as well as ABC’s studios — and the deal is expected to close in March, according to sources. The sale, combined with an earlier transaction for part of the campus, means Silverstein would roughly break even on its $1.2 billion purchase of the properties in 2018.

I wonder if Larry is freeing up funds for his own equity stake i a spec 2 WTC.

Bet you Extell builds soaring towers that will have a major skyline impact. And the UWS NIMBYs will go beserk, as usual.

Something bout a tower right next to CPT that will be bigger you said eh?

The site has gigantic air rights. But I don’t know the zoning restrictions. The ABC campus takes up the whole block, so perhaps multiple towers.

Gary B. doesn’t mess around, so yeah, I expect something soaring, taking advantage of Central Park views. Whatever is built will be among the most expensive residential properties built anywhere,

Yeah super expensive. Frankly if I was a billionaire I’d just build my specially designed megatall instead of paying 200 million + for just the penthouse. But then again, I’m not.