Foundation work has begun on 551 West 21st Street, which will rise 20 floors. The project’s architect is Norman Foster, and the developer is Scott Resnick – while the tower will be semi-removed from The High Line, it is one of several starchitect buildings underway in the vicinity.

No full renderings have been released yet, but the images shown so far – via The Wall Street Journal – indicate the tower’s design will be in line with Foster’s other work in New York City, which is at the top-end of all new construction. 551 West 21st Street will be an upmarket addition to West Chelsea, which has been removed from the super-luxe craze until now. Sales are rumored to be starting shortly.

Penthouses will be sold for $35 million and up, and those prices are unheard of for the neighborhood – though Related’s project on 28th Street, designed by Zaha Hadid, could offer similar prices per square foot.

The development’s rise is concurrent with that of the Hudson Yards, which will put a significant premium on all of Chelsea, as the new workers will need places to live; while the mega-development will have a significant residential component, the spillover to Chelsea and Hell’s Kitchen will still be notable, and the market for 551 West 21st is definitely there.

An Architect Gets Busy

Like its neighbor to the east, construction has made quick progress at the Norman Foster-designed 551 West 21st Street, and the 19-story building is just about to reach its pinnacle. Beyer Blinder Belle is the executive architect, and Scott Resnick is the developer, under the firm SR Capital.

The building is slightly removed from the heart of the High Line boom, and Foster’s latest creation is situated directly on the West Side Highway, guaranteeing perpetual water views; the penthouse is currently selling for $50 million, and includes a private, 61-foot long lap pool, which is probably the best indication of the project’s ultra-luxe appeal.

Besides unconventional amenities, the building has also been redesigned to deal with storm surge events, as the surrounds were especially prone to flooding during Hurricane Sandy. 551 West 21st Street has retractable gates that prevent water from entering the structure, guaranteeing safety and river views.

While superstructure work is about to come to a close, windows are missing in action. The building’s exterior will apparently be cast concrete, so at least facade work should be relatively minimal.

With 44 units in total, construction at 551 West 21st Street is expected to wrap up next year. 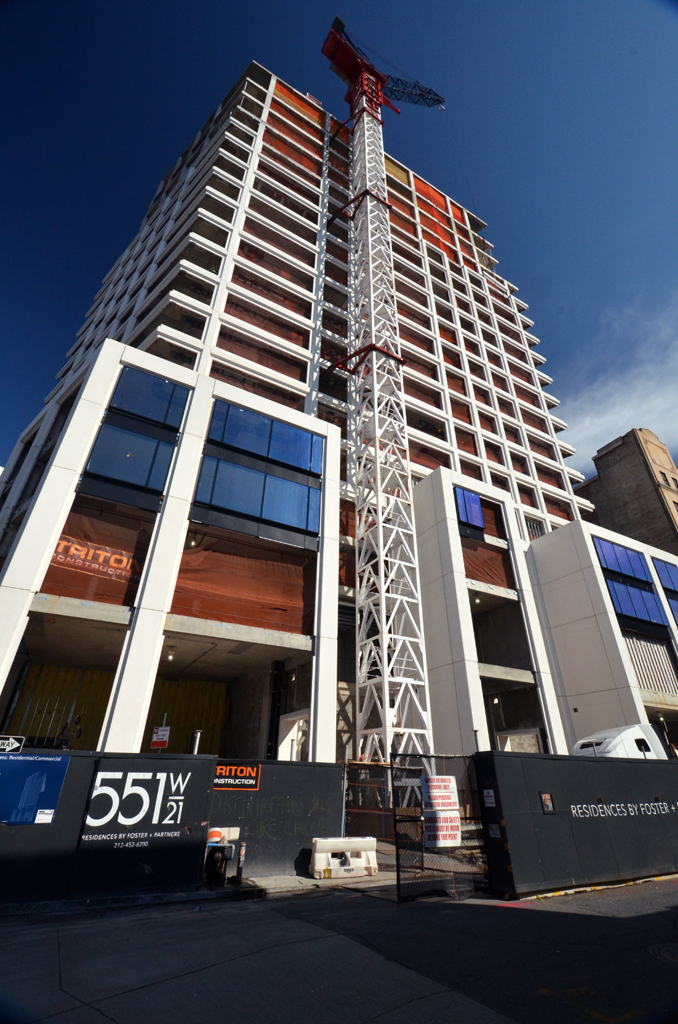 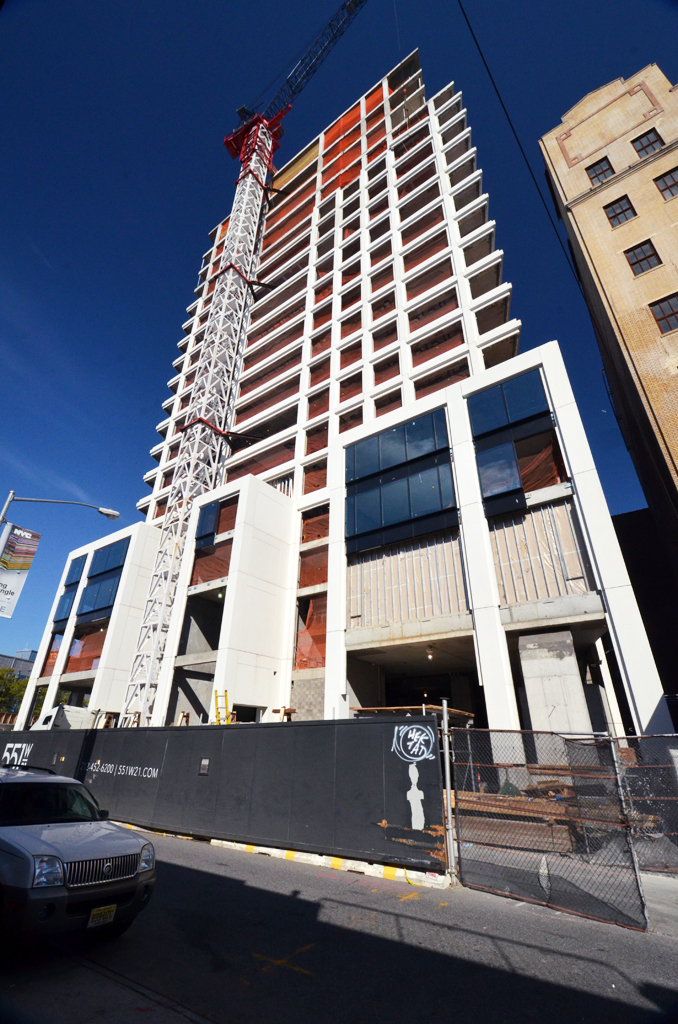 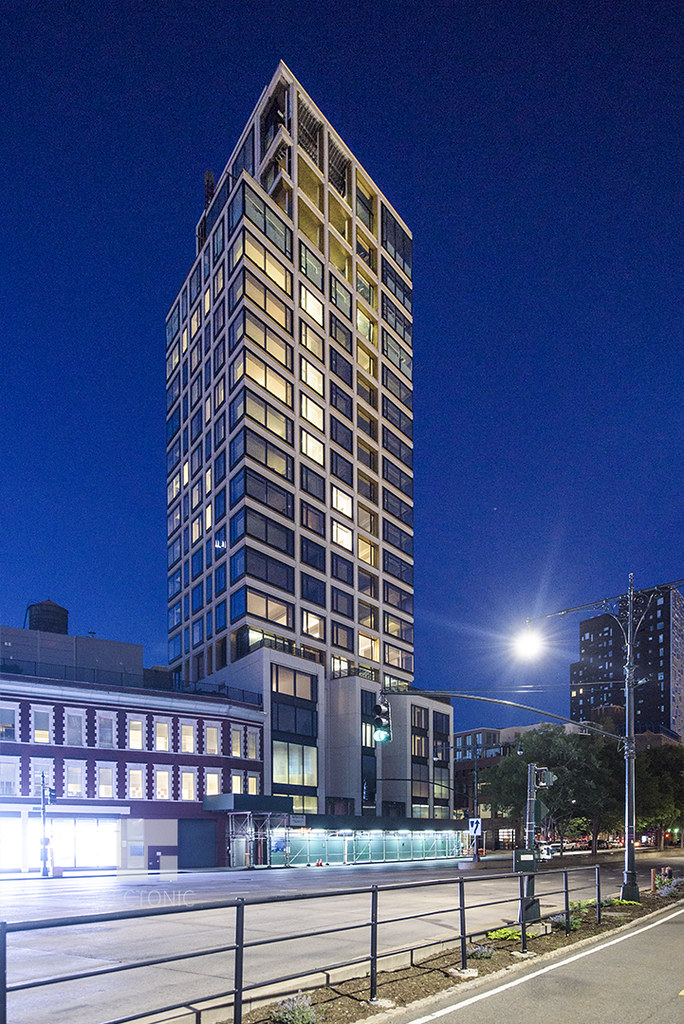 This one turned out great! (pics by me) 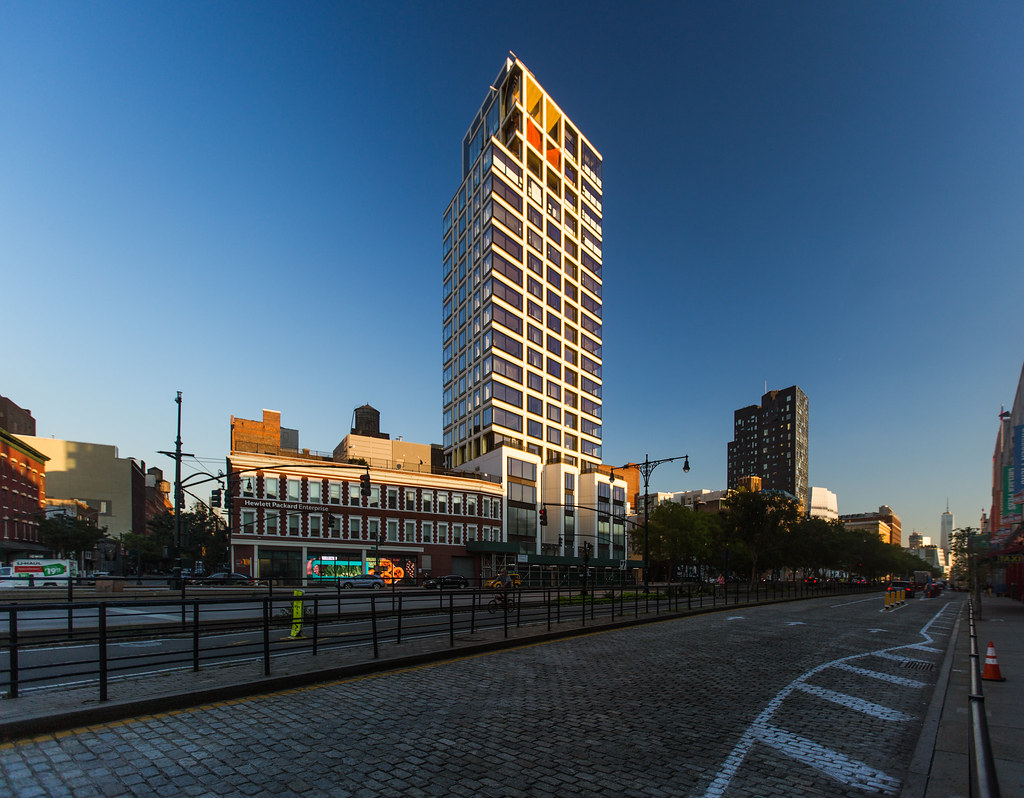 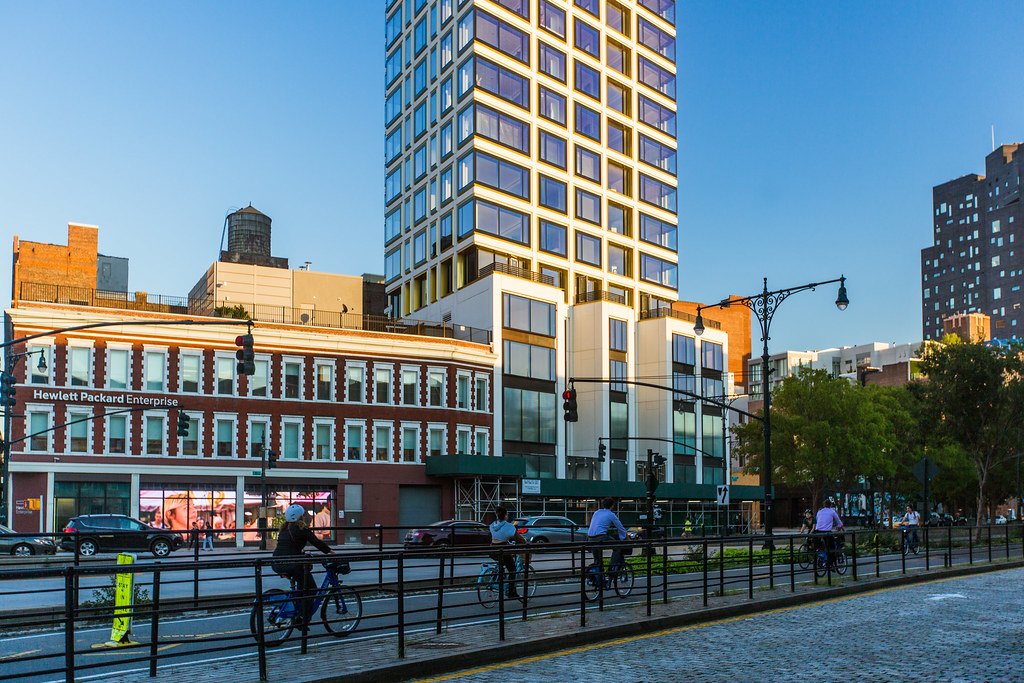 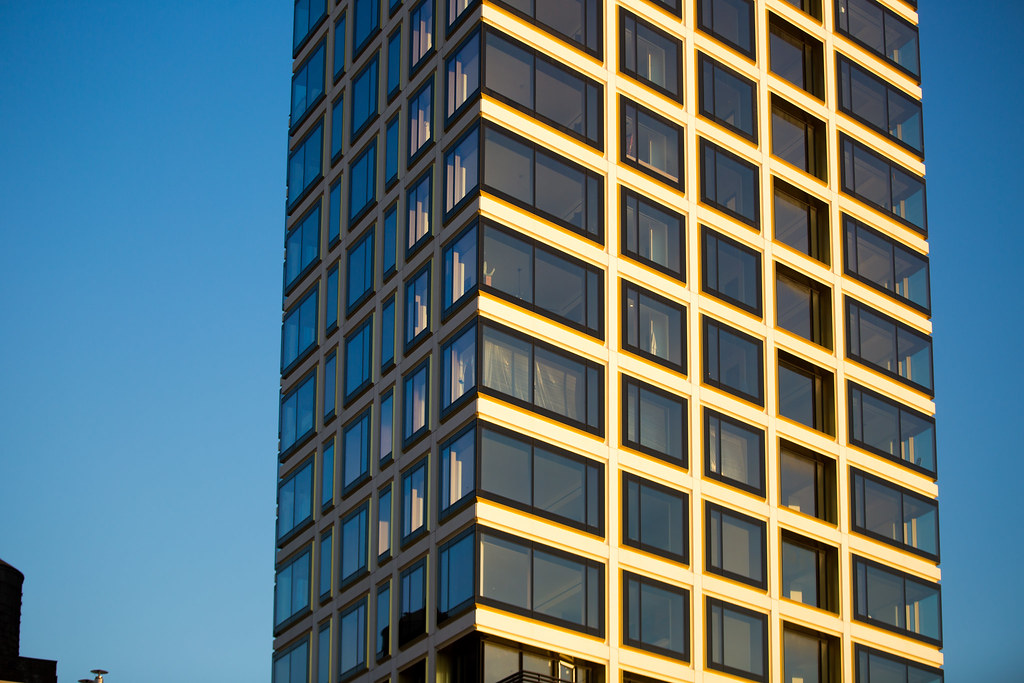 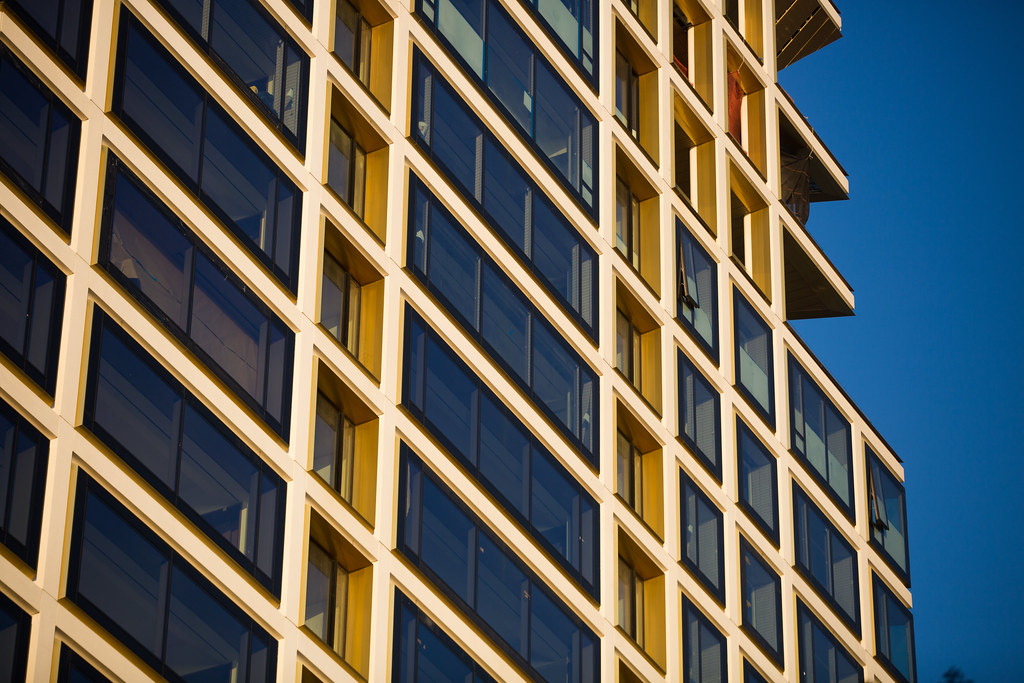 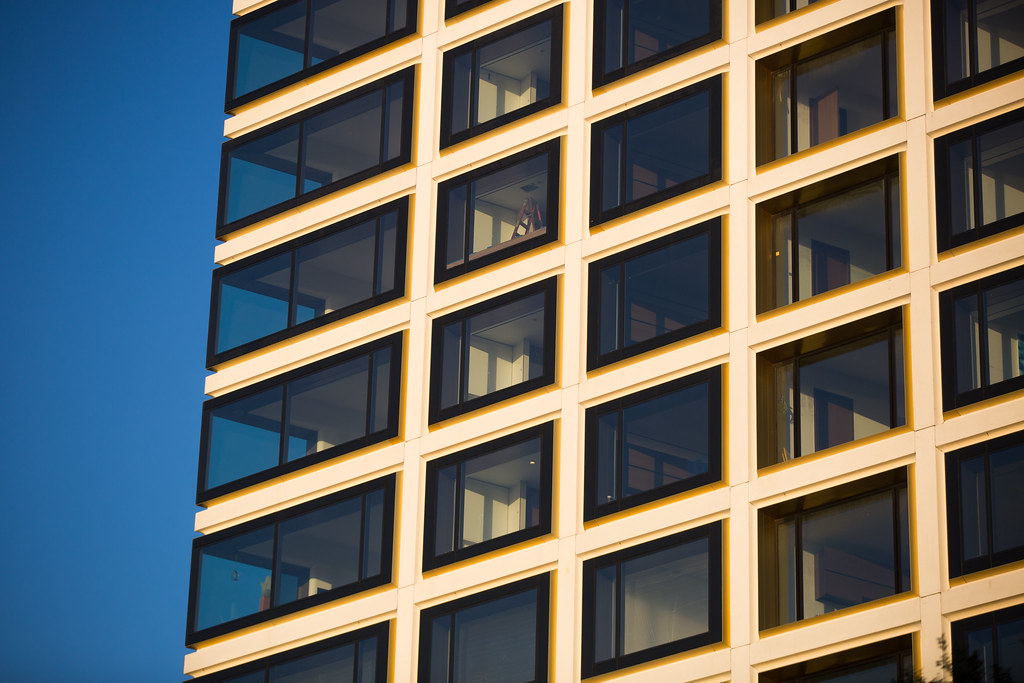 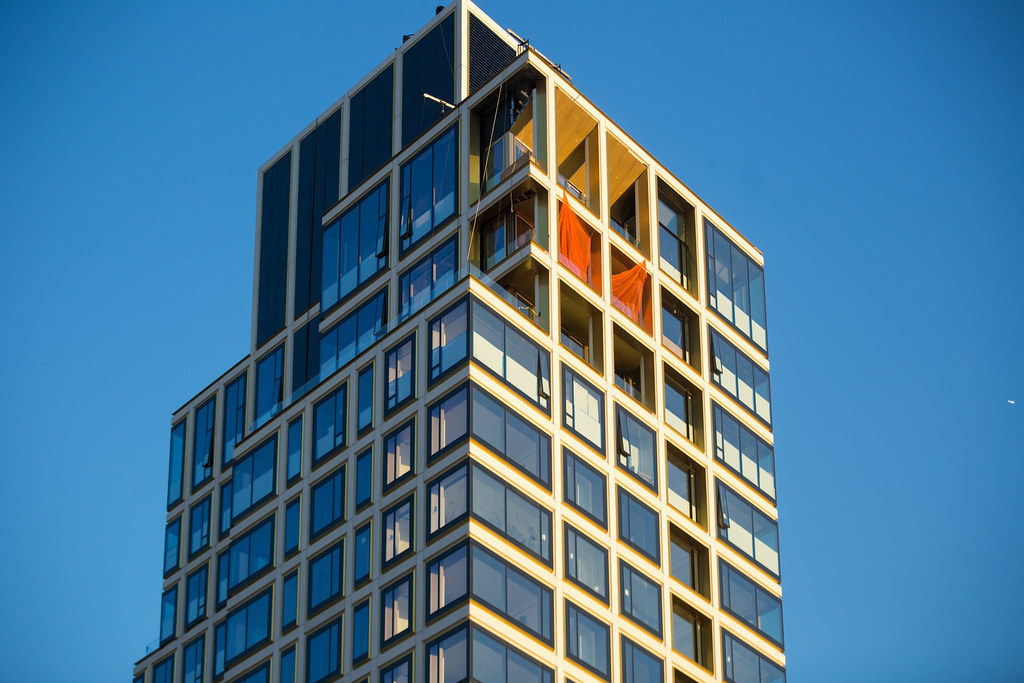 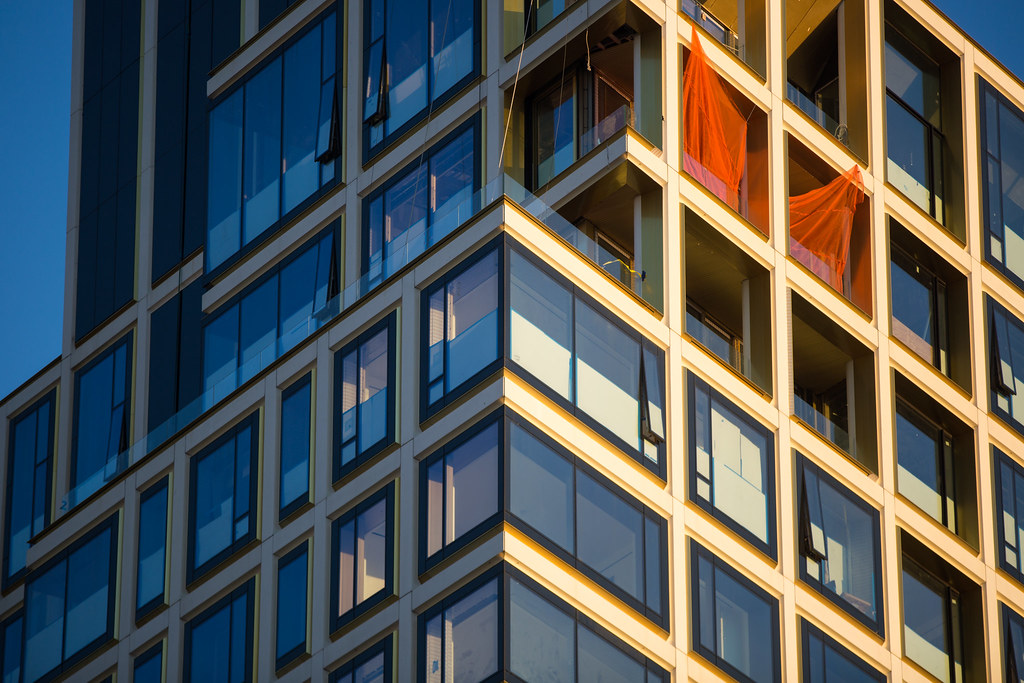 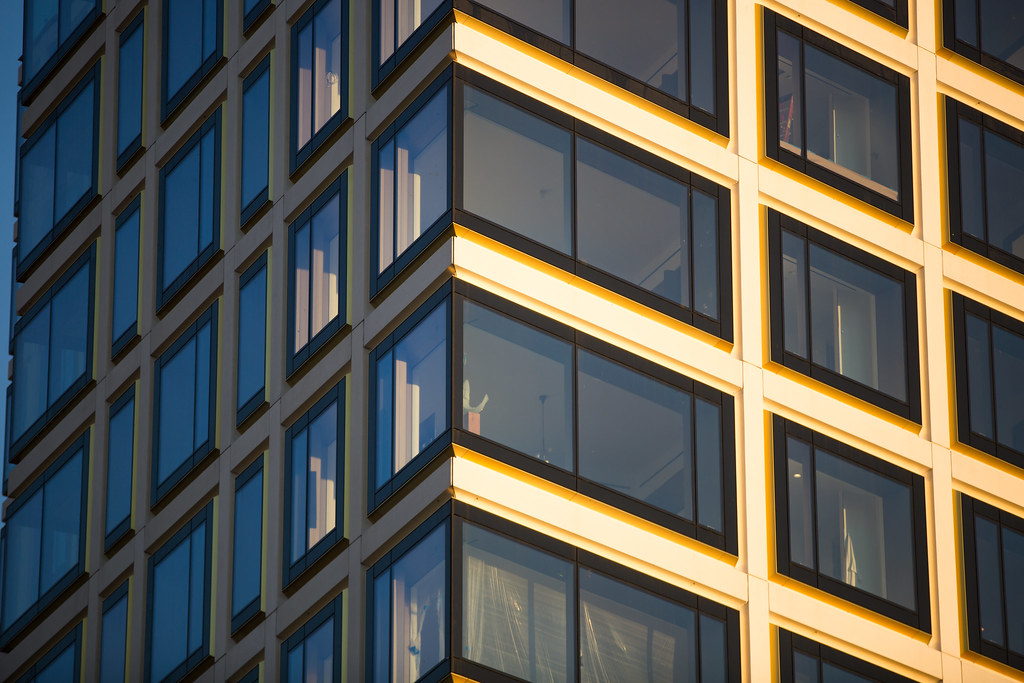 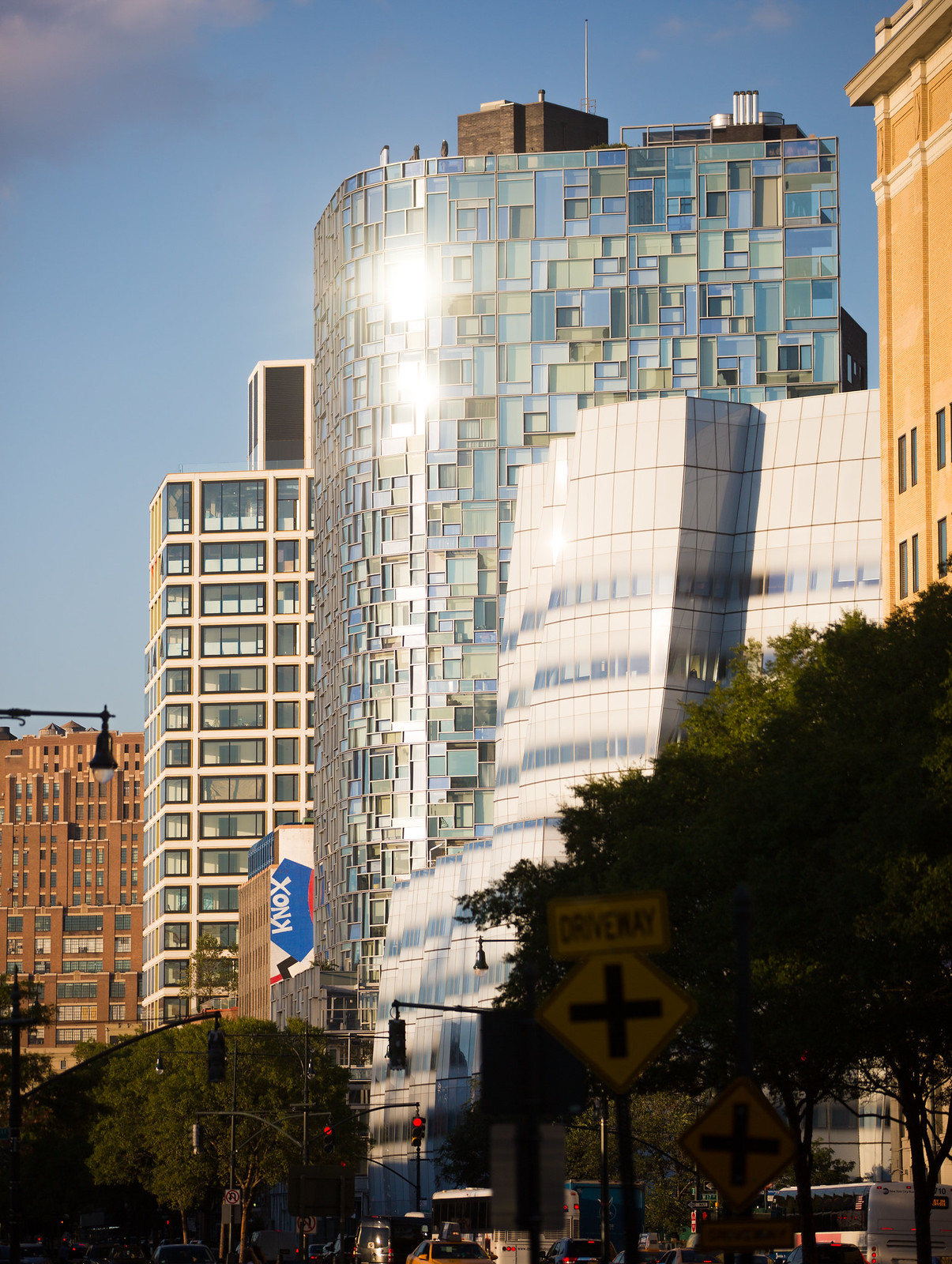 Still some construction netting up top.