YIMBY has the reveal for 515 West 29th Street (marketed as 515 High Line), which will become one of the High Line’s defining contemporary icons. Soo Chan of SCDA Architects has been tapped to design the 11-story building, and Joseph Beninati of the Bauhouse Group is developing.

The Commercial Observer reported that Bauhouse Group acquired the land for $24.4 million in September of 2013, and has purchased additional air rights this year, with the site’s potential now totaling 43,000 square feet. Financing was also secured in the form of a $35 million construction loan from Doral Bank.

In terms of design, 515 West 29th Street will offer a departure from the more classically-minded structures that have recently gone up along the High Line. While the base of the building will be quite simple, glass will extrude from the upper levels, resulting in a rippling, wave-like effect that will distinguish the project from its surroundings.

515 West 29th’s extensive frontage along the High Line provides an additional opportunity for artistic visibility, given that it will face two sides. While a soaring blank wall next to a park would normally be a bad thing, in this instance, it is specifically designed to host large pieces created by emerging artists, and is likely to become a draw in its own right, further activating the public space.

Compared to its predecessor, the new building offers a dramatic improvement in terms of both form and functionality. While many of the new buildings fronting the High Line are works of art in and of themselves, Bauhouse’s project integrates non-architectural art into its design. Given the competition rising in surrounding blocks — including Related’s Zaha Hadid-designed 520 West 28th Street — distinguishing individual developments is becoming increasingly difficult, but Soo Chan’s latest work appears to succeed in doing exactly that.

Per the developer, completion is expected in the fall of 2015.

I was on the highline yesterday looking at this site. The location is impeccable. I can say though walking the whole length of the elevated rail line that the whole area has made great strides in the last year. Last time I walked it, over a year ago, I remember that many sites where not developed. It really has gone a long way. This design even caught the attention of my friend who is an architect. He was somewhat in awe when I emailed him the renderings. This is an elegant mid rise with a modern, and futuristic twist too it.

I’d agree-- the architecture being pumped out along the High Line is bold (and even experimental), but remains innovative and unique. The area is a true testament to developing smart and green, but extremely attractive and desirable at the same time. Chris, feel free to add in any development site that I haven’t already included along the High Line!

Getting glassy. Im curious to see how the glass will look on the upper half. The renders look wonky.

can’t wait to see the wavy fins on the top 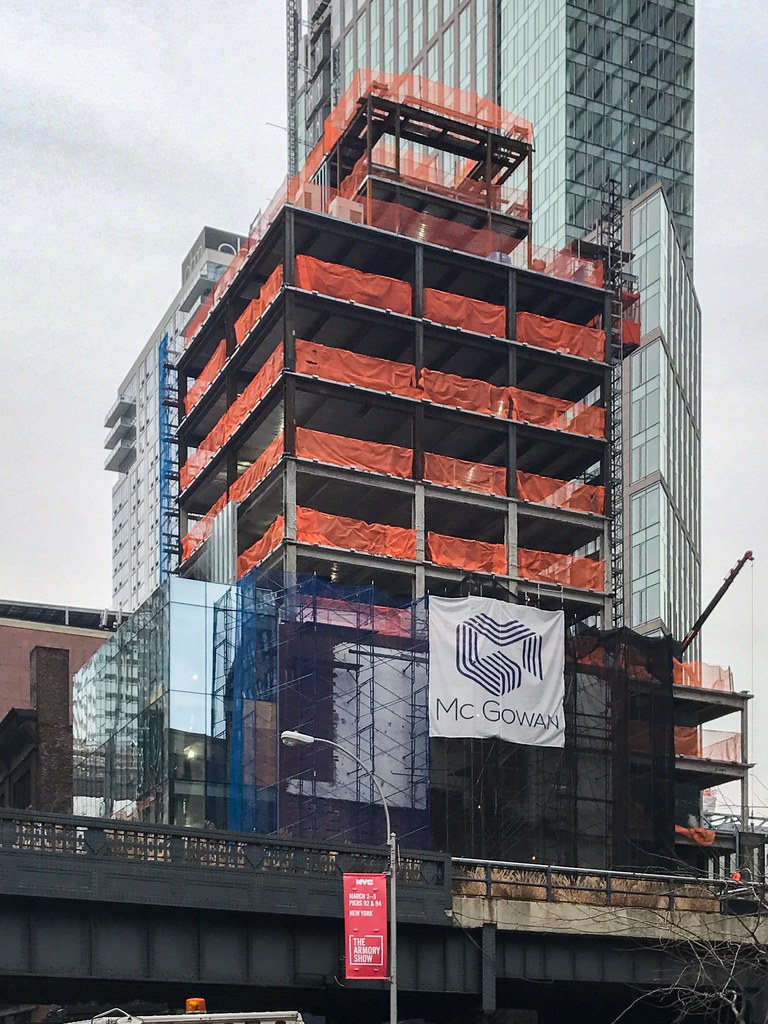 Nice! Really looking forward to this one. 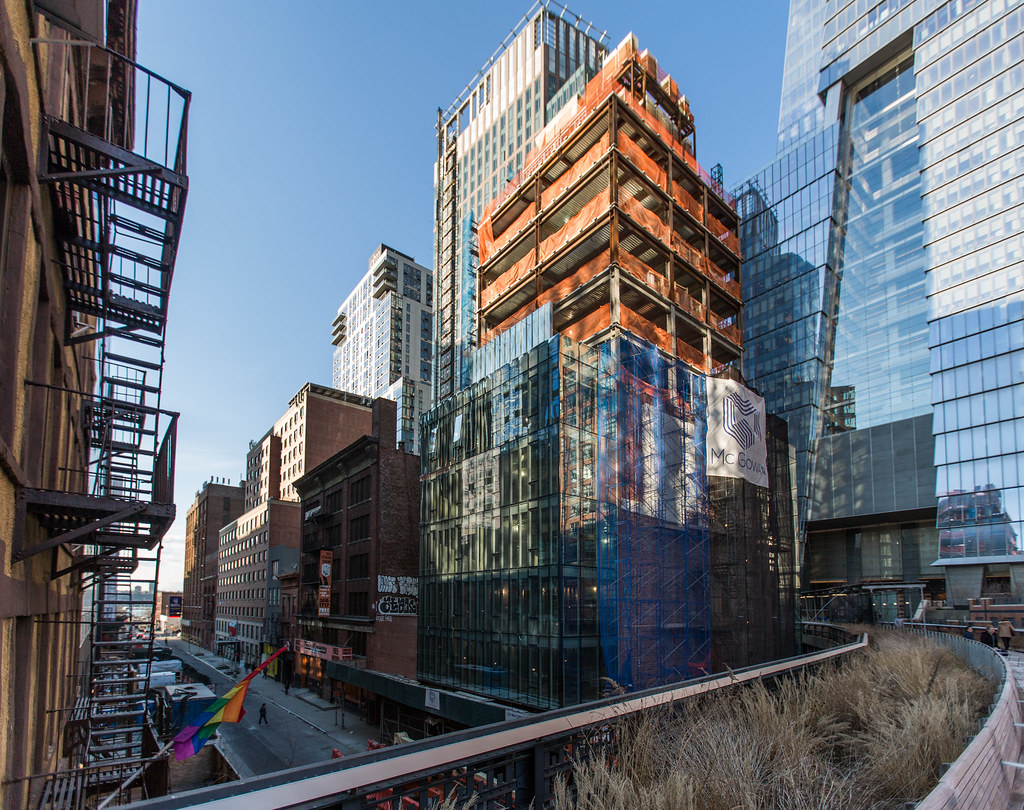 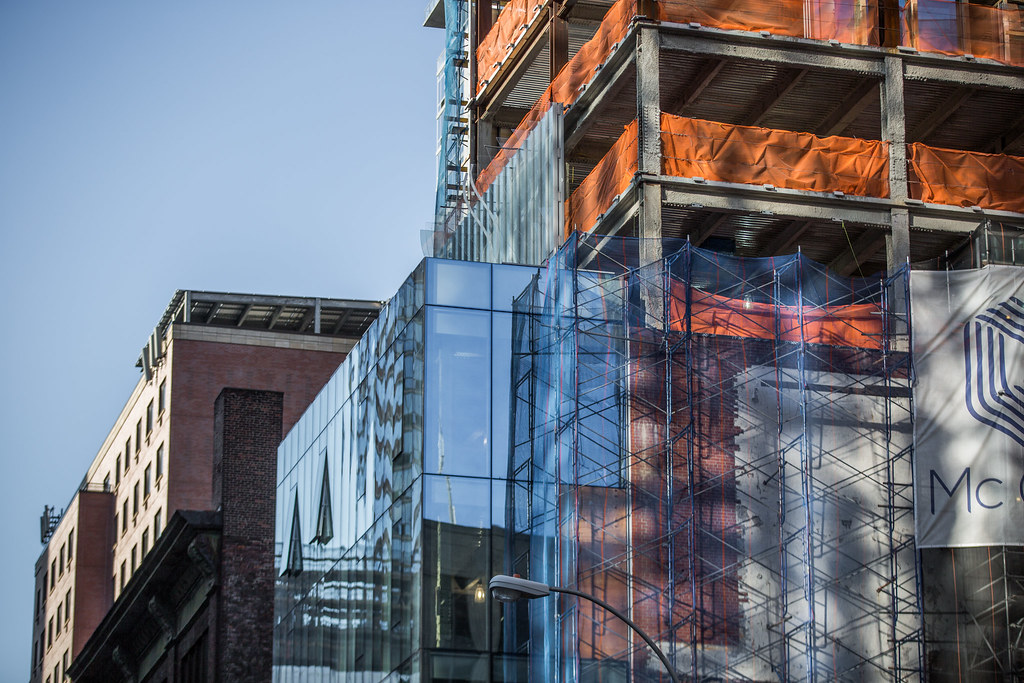 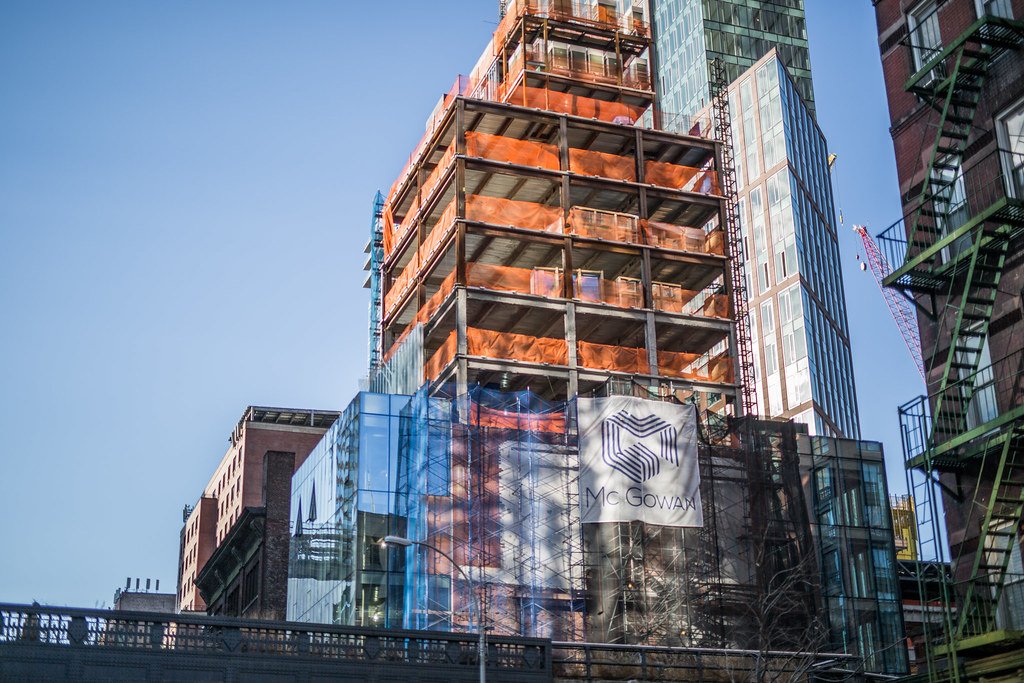 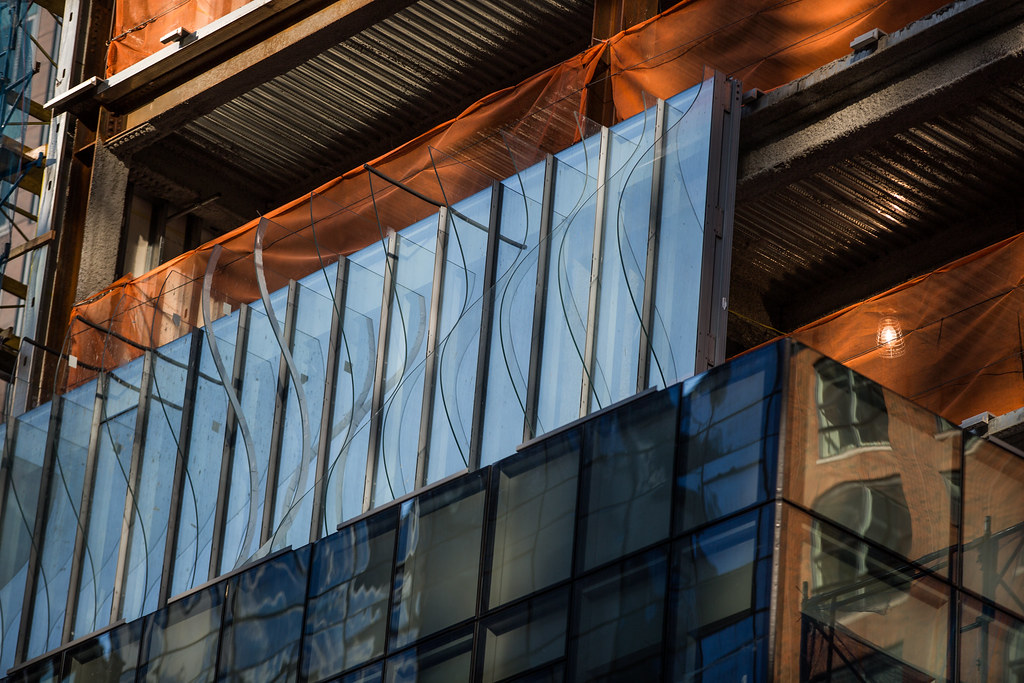 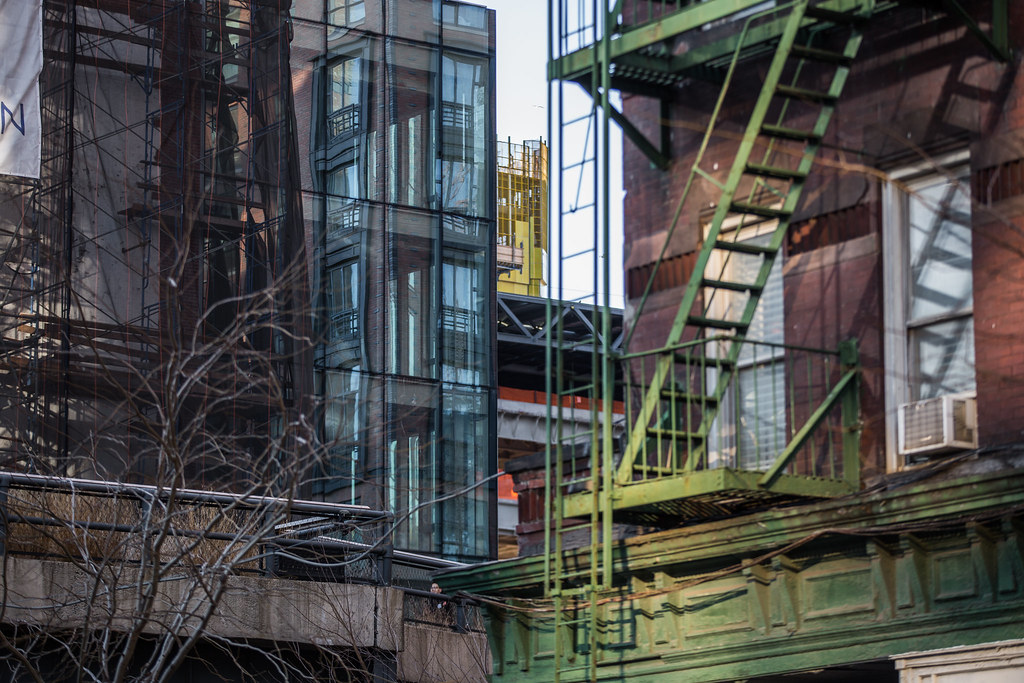 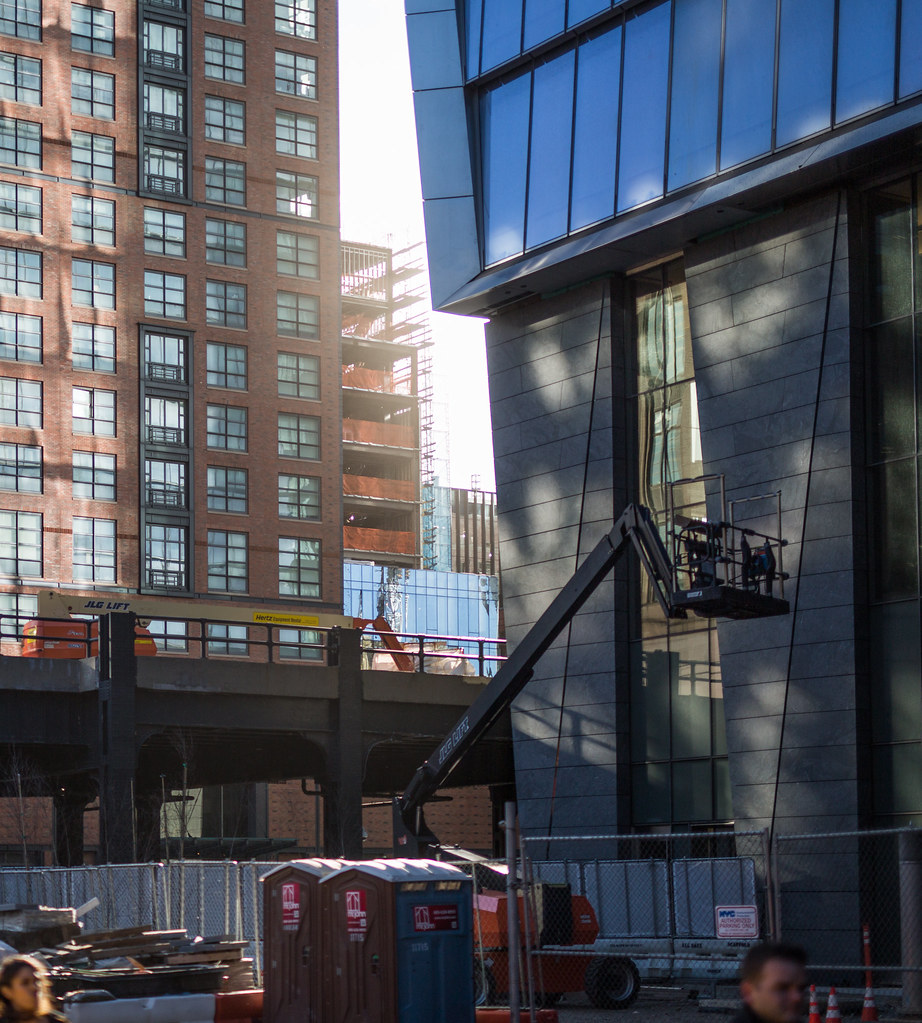 This should be fun to clean. 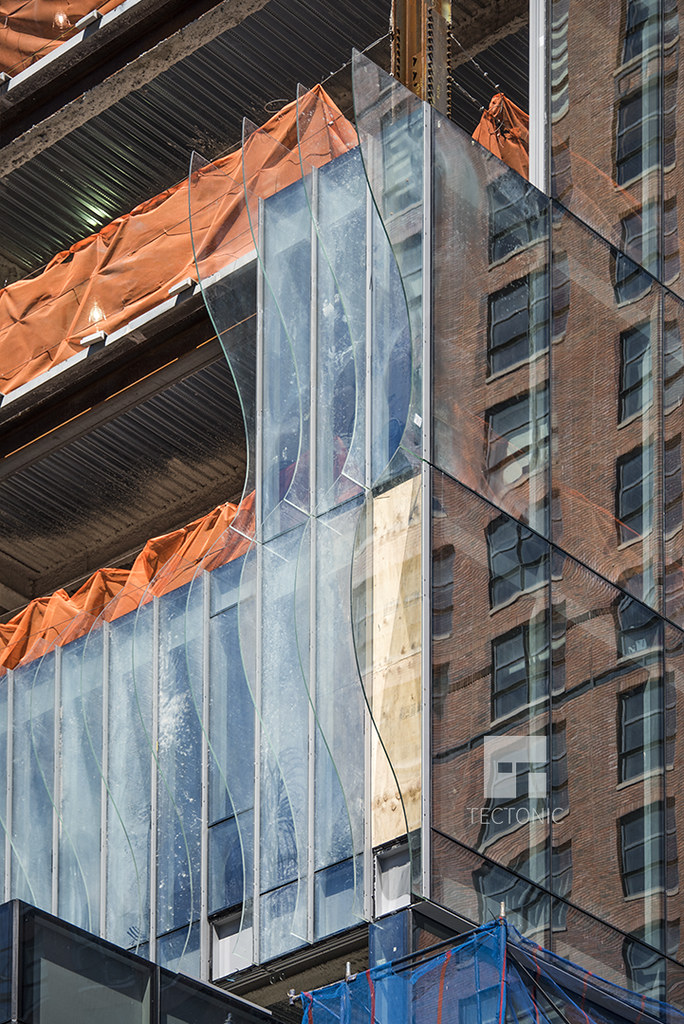 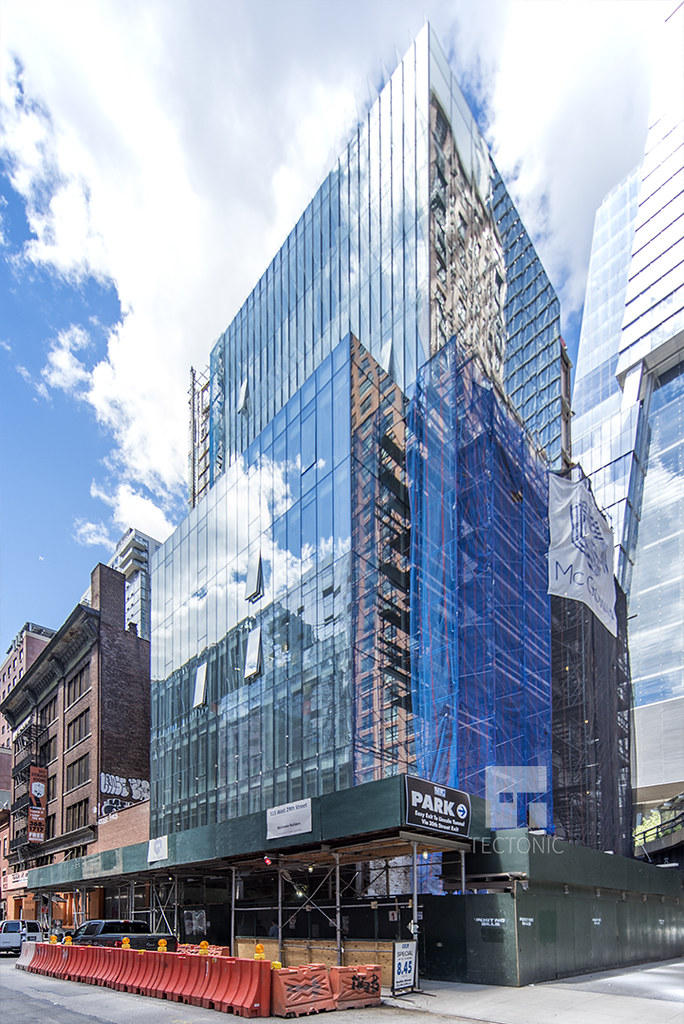 From a few days ago