Concurrent with the recent approval of permits, a rendering for 461 West 34th Street has surfaced on Karl Fischer’s website. The site’s architect of record is DSM Design Group, though that leaves room for Fischer’s involvement as the design architect. Atria and Marx Development are behind the recent DOB filings, and will be developing the site together.

The rendering on Fischer’s website may or may not be slightly dated, but it appears to conform to the building’s outline in zoning diagrams, as well as the general street-wall. 461 West 34th Street’s appearance is very basic, but given the possible alternatives, that is not necessarily the worst outcome for the site.

While the location of the project is currently marginal, the imminent rise of The Hudson Yards will completely change its dynamic, which also begs the question: Why build a basic, frill-free hotel on the corner of what will soon become one of the most iconic intersections in New York City? With ‘supertalls’ lining the other side of Tenth Avenue, the rendered plans for 461 West 34th Street are underwhelming — and given the proximity to tourist attractions and subway access, 461 West 34th Street could surely support additional density.

Regardless of the site’s obvious potential — which far exceeds what is allowed by zoning — construction is now imminent. No activity is evident on-site, but given the recent approval of permits, excavation should soon begin, as completion is expected in 2016. 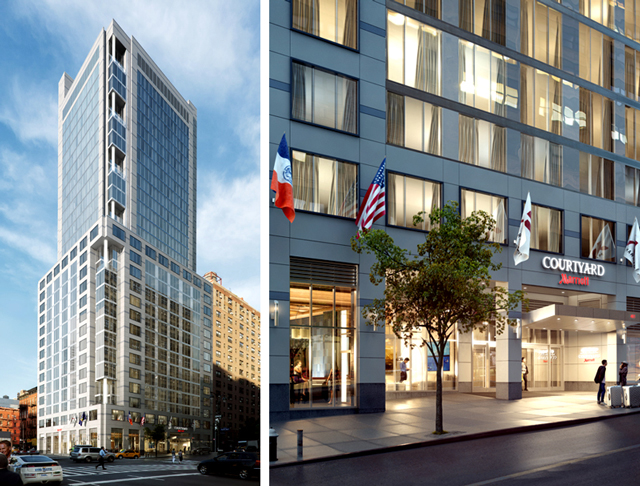 On one block in Hell’s Kitchen, two hotel projects are currently under construction. While 444 Tenth Avenue has already been revealed, specifics had still been missing for 461 West 34th Street, where several renderings for different designs had been floating around.

But now, we have the first renderings of the (hopefully) final design for the project, which is being developed by Atria Builders and Marx Development Group. Permits list the architect of record as DSM Design Group, and the building will stand 312 feet and 29 stories tall, totaling 399 rooms. 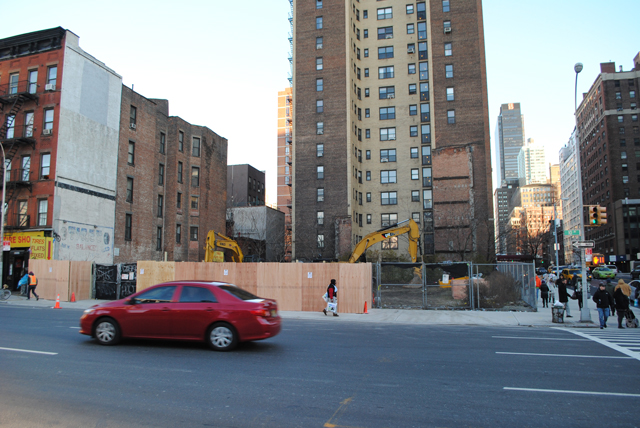 While a total scope of almost 200,000 square feet is substantial, in the Hudson Yards, it is quite small. Across the street, the Hudson Yards towers are under construction, and even the retail podium of the office giants will rise nearly halfway to the new Marriott’s roof.

Taken 5/12 from the 10th ave side. Appears like it may go vertical soon. The amount of construction in this area is insane. I didnt even know about this one but stopped to take a pic anyway as i was walking by. Pretty big site.

6/25
It is starting to go vertical already.

Also on the north end of the block at 35th it appears that a new four points hotel is almost complete. Never noticed that one before.

Finally! It seems like this had been going on for some time.

IMG_0527.JPG3264×2448 2.38 MB
Its a shame the midblock low rise buildings couldn’t be integrated into this building. I don’t have a problem with preservation per se, but they are going to be really out of place in a few years. The view depicted in photo 3 will be dramatically different in less than 10 years when hudson blvd and tishman’s spiral building goes up. Those tire shops will get pushed out too
3 Likes
Vertical_Gotham July 23, 2016, 3:37am #8 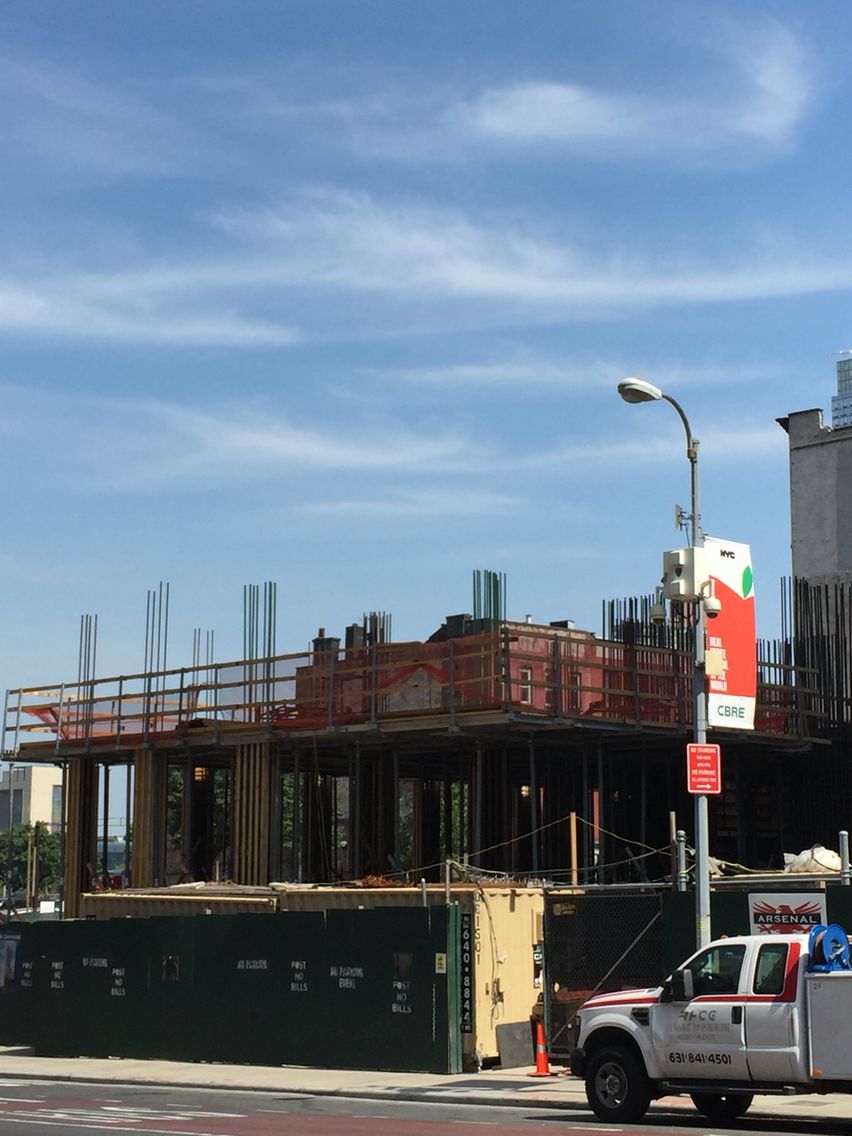 Not much change as of a week ago… 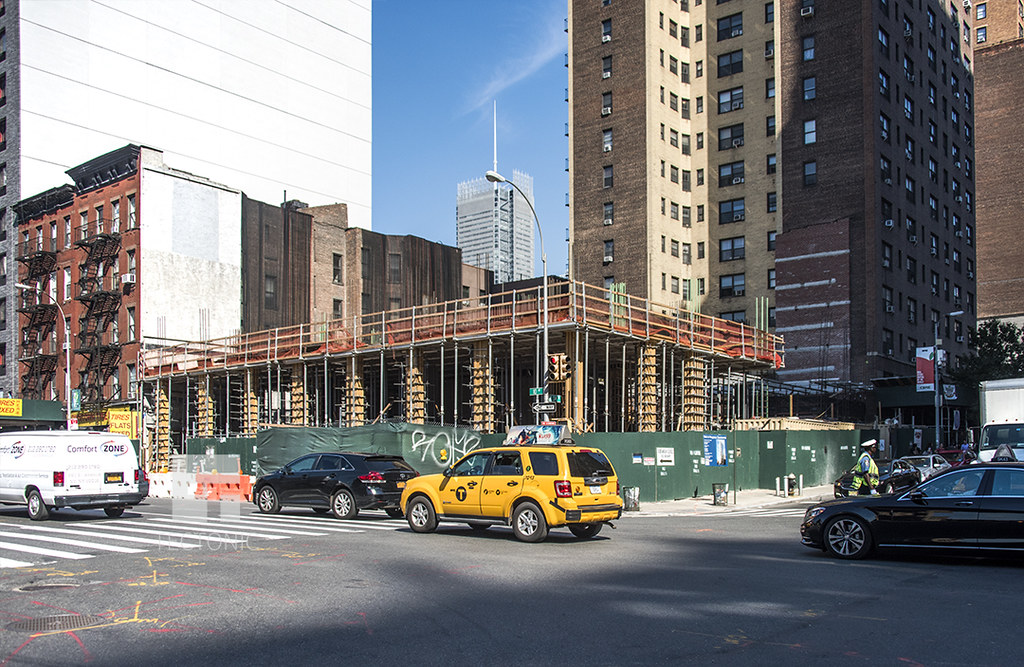 Not much progress on the west side of the lot over the last few months but the east side is catching up a bit.

This had such a slow start but now it apears to be moving fast! 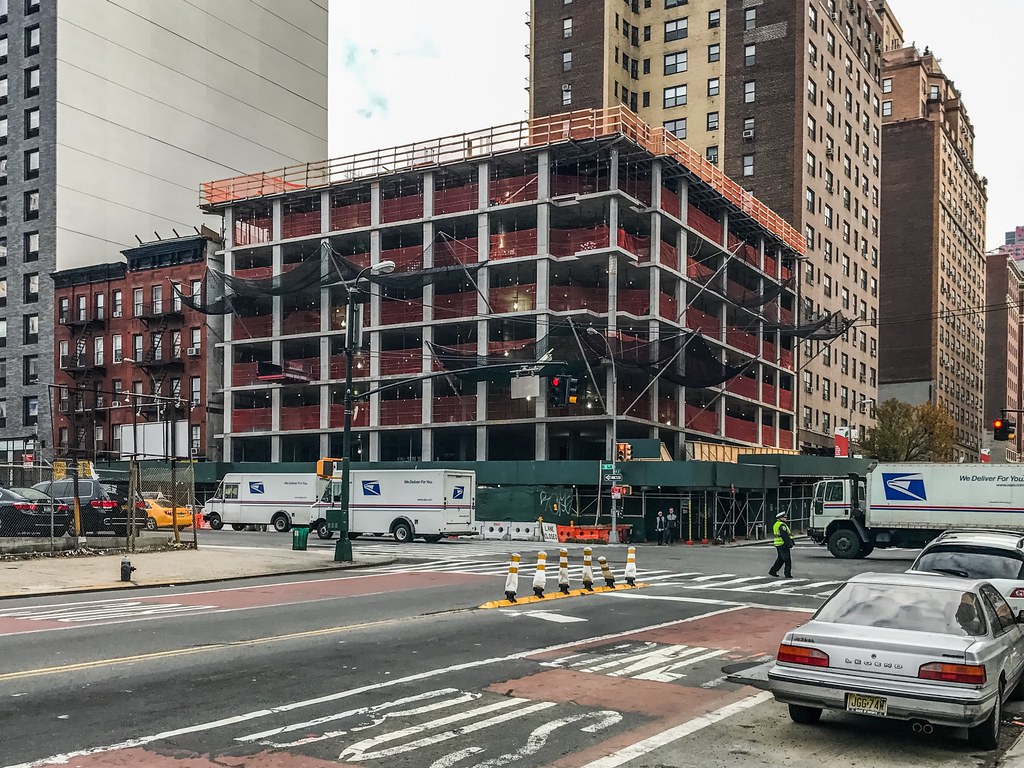