Rector Hylan, owner of the property at the former Kedem Winery lot at 420-430 Kent Ave., asked for Community Board 1’s support this month to renew its original 2006 permit to build 18- and 24-story towers with 450 apartment units, with 20 percent affordable, for a second time.

Eliot Spitzer is close to inking a contract for a large, stalled residential project on the Brooklyn waterfront.

Spitzer Enterprises declined to comment and the current owner could not be reached. Several sources said Spitzer is in advanced negotiations to buy the site, though another prospective buyer may be in the mix as well. 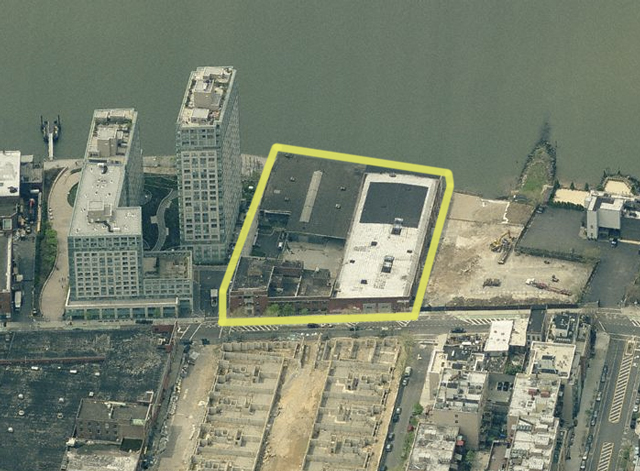 Williamsburg’s waterfront is host to several high-profile new developments either under construction or in the works, and now we can add 420 Kent Avenue to that list. There, two blocks south of the Williamsburg Bridge, Spitzer Enterprises is developing a two-towered complex, for which the architect will be ODA.

The new job filing mixes the figures between the towers, and the given roof height of 185 feet is likely for the 18-story building outlined in the Schedule A (which will have 179 units). Its 22-story companion is slightly more mysterious, but the total number of units listed in the permit is 270, which share 311,224 square feet of residential square footage between the two buildings. At the ground level, 420 Kent Avenue will have 2,001 square feet of retail space.

Crain’s reported that the site went into contract over the summer, with Spitzer buying its 2.8 acres for $165 million. Plans have evidently shifted dramatically from an initial proposal back in 2006, which had to navigate through ULURP. 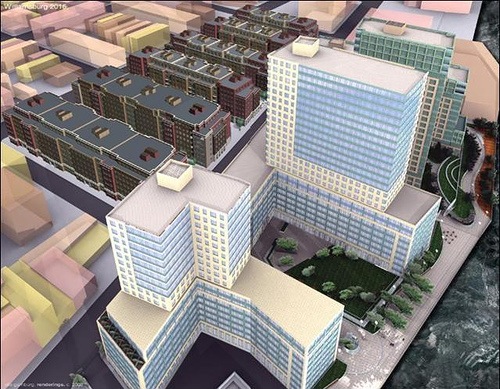 The Real Deal dissected the old plans, which would have broken the development between one 18-story and 104-unit building, and a larger 24-story and 309-unit tower, with the total scope measuring 600,000 square feet. While permit applications in special cases like 420 Kent Avenue often contain inaccurate information, the refined Schedule A would indicate a relatively major shift in massing, and an overall scope that has seemingly shrunk.

ODA’s conception for the site will certainly be more appealing than the previous iteration, which thankfully never got too close to leaving the drawing boards. Nearby, some of ODA’s Brooklyn projects include a subdued and contextual mid-rise at 190 South 1st Street, and on the larger side, a 30-story tower at 436 Albee Square. 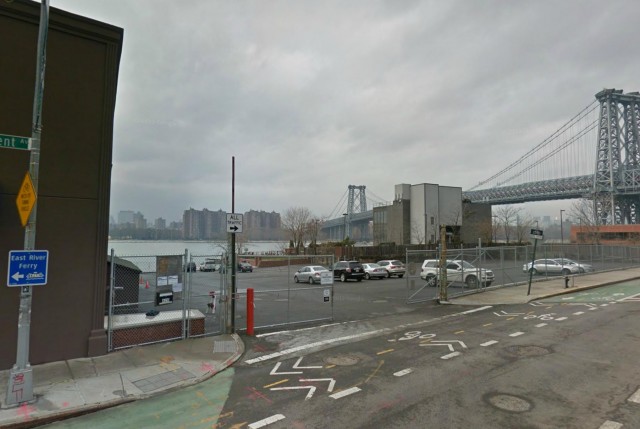 420 Kent Avenue: Spitzer Enterprises has filed applications for an additional towering structure rising 16 stories and containing 200 residential units, as well as nearly 2,900 square feet of retail space, to span the vacant lots of 416-418 Kent Avenue, in Williamsburg. Last month, filings were submitted for a 22-story, 270-unit structure at 420-428 Kent; ODA is designing. 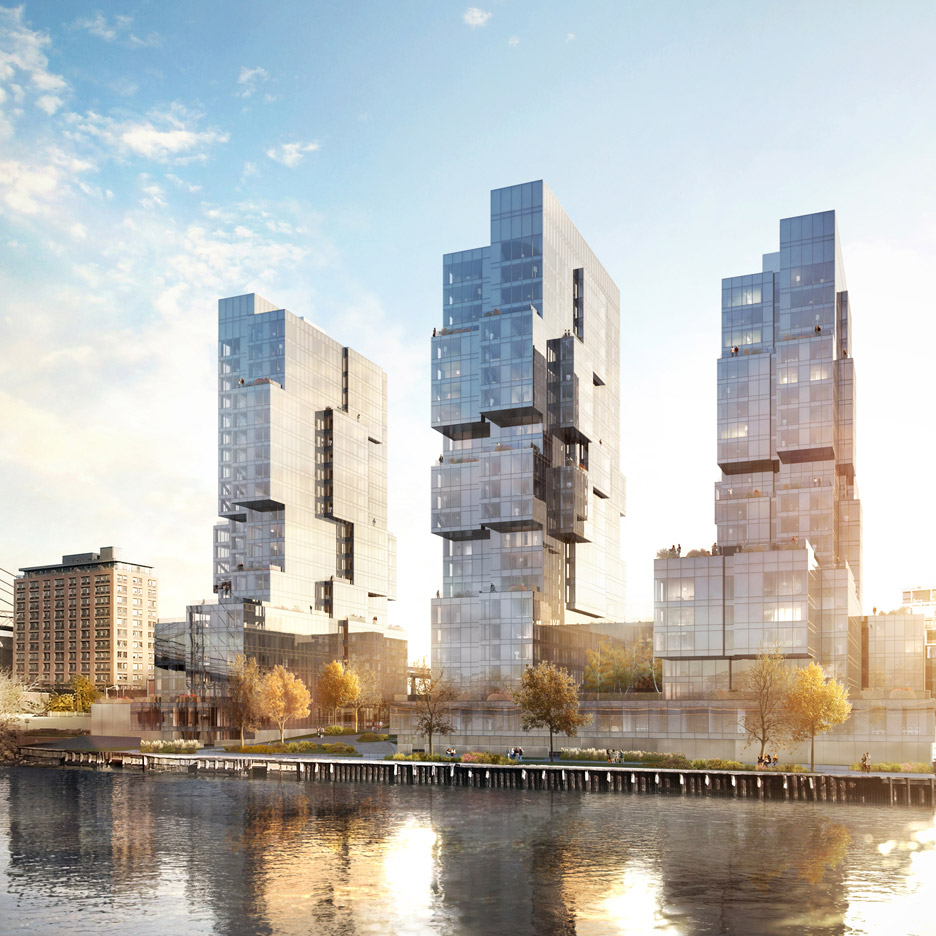 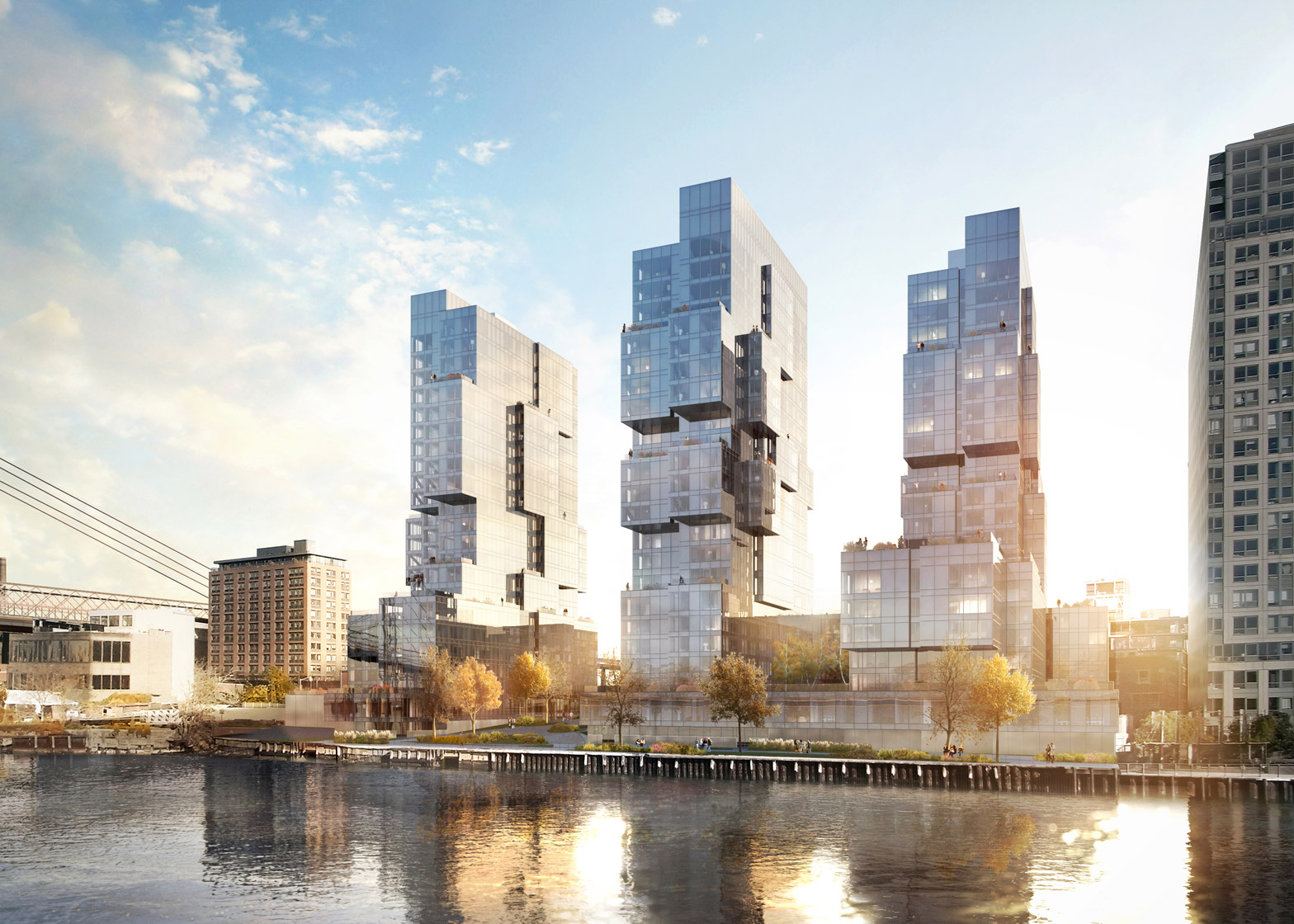 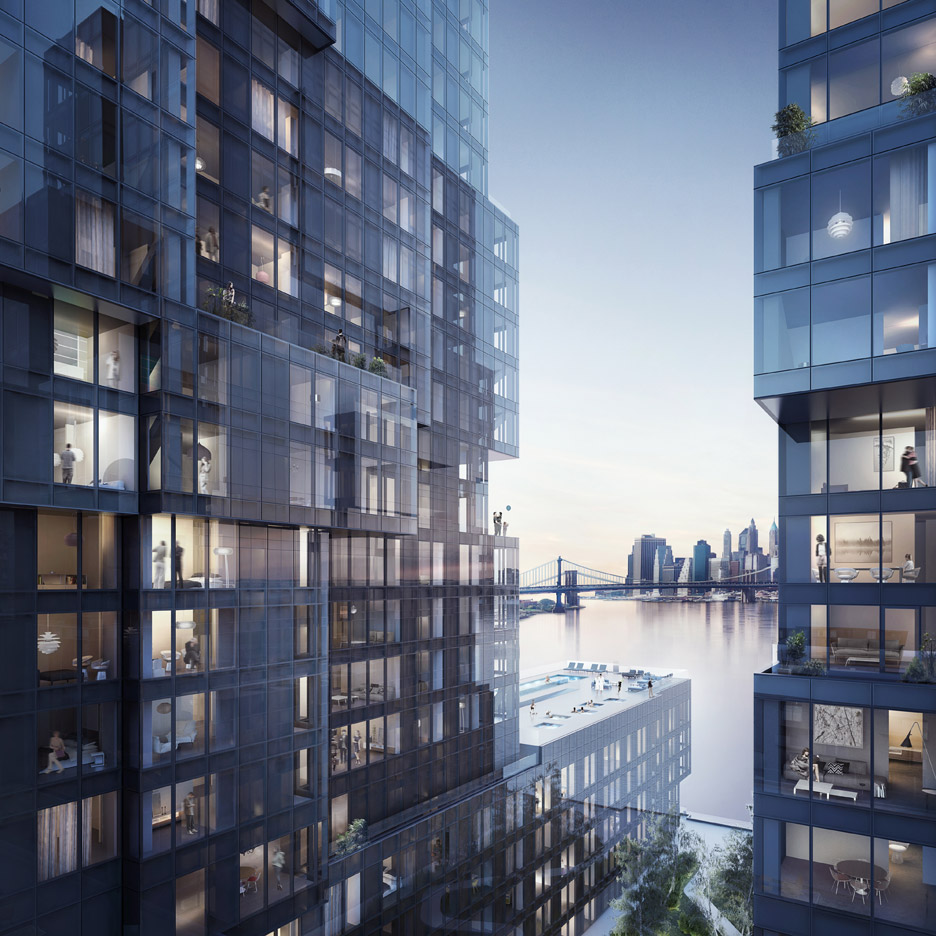 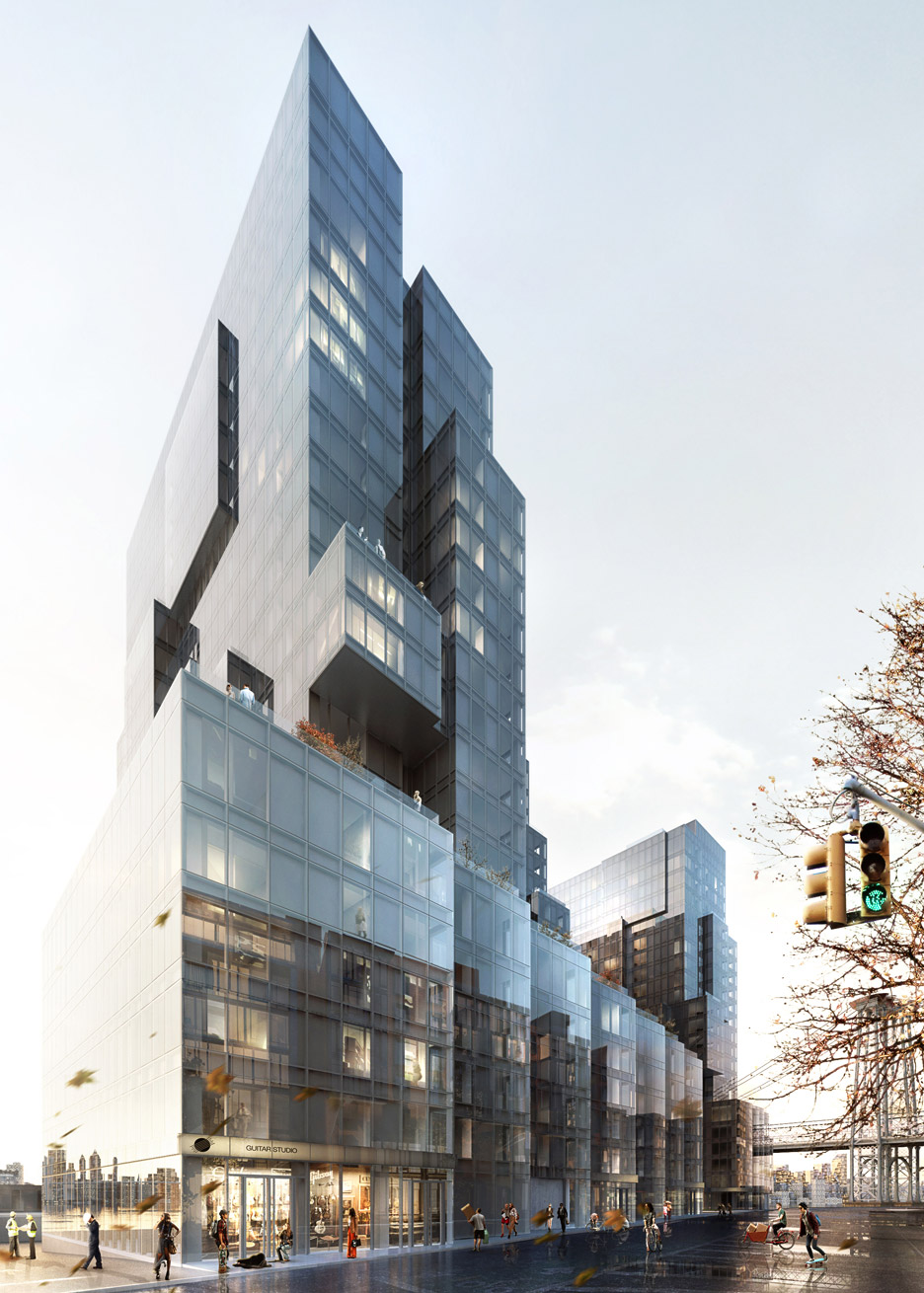 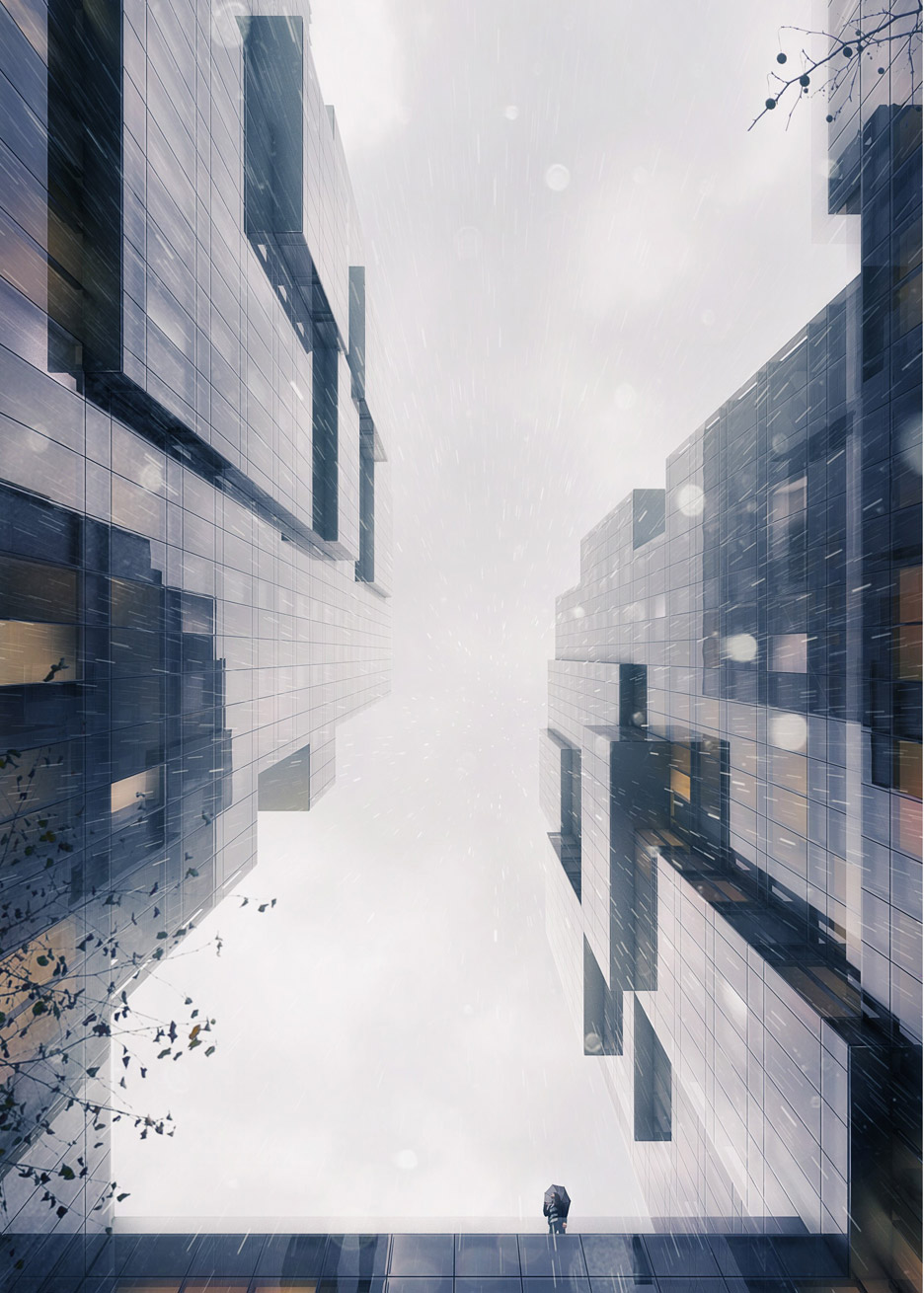 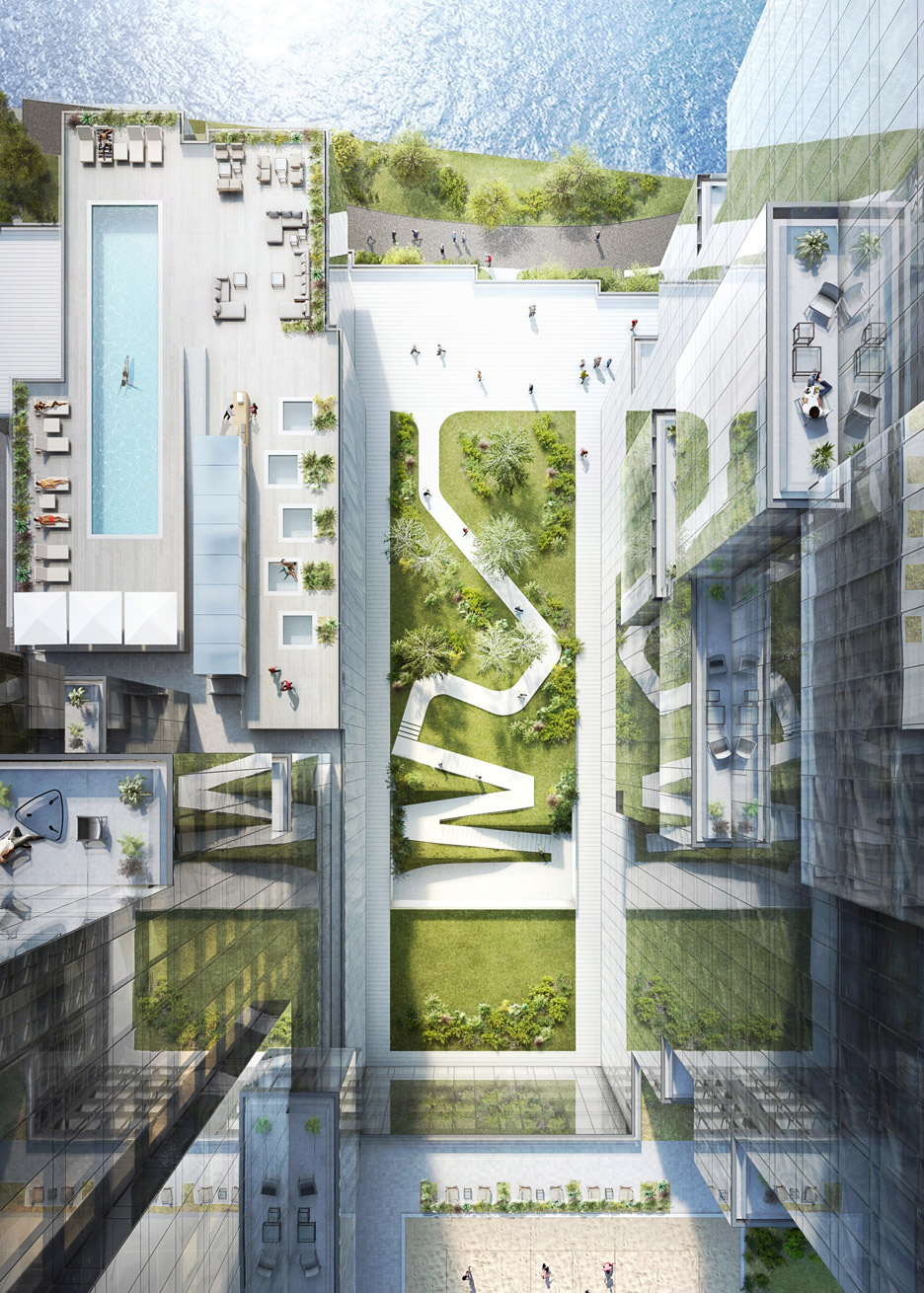 Oh wow! thats uhm interesting I guess hahaha. Kind of reminds of Maka Nakhon in Bangkok or even 56th leonard street a bit. Great for the location. I’ve been around to Williamsburg bridge area a few times and generally it is not the nicest place in Brooklyn. This will definitely revitalise the area. 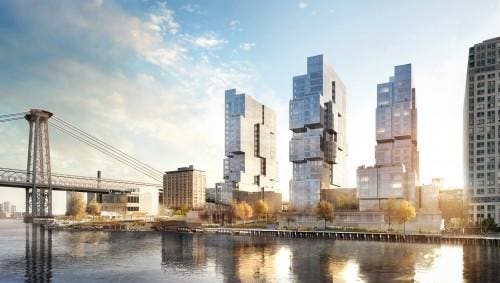 The former governor of New York's first real estate project is a luxury residential complex comprised of three towers, each resembling an asymmetrical stack of boxes.

Read and see more in link:

Slated to be completed in 2018, the compound—which broke ground last December—will feature 77,000 square feet of outdoor space, including two pools and a continuation of the existing esplanade along the East River, which will serve as a riverside park and upland link between Kent Avenue and the waterfront.

nice development. Its a sign of a healthy market when you see projects of all scale.

Beautiful. This, together with ShOP’s Domino site, will be spectacular.

Spitzer Enterprises landed a $330 million construction loan for a ground-up multifamily development on the waterfront in South Williamsburg.

I’m John Boehner, and I approve that message! 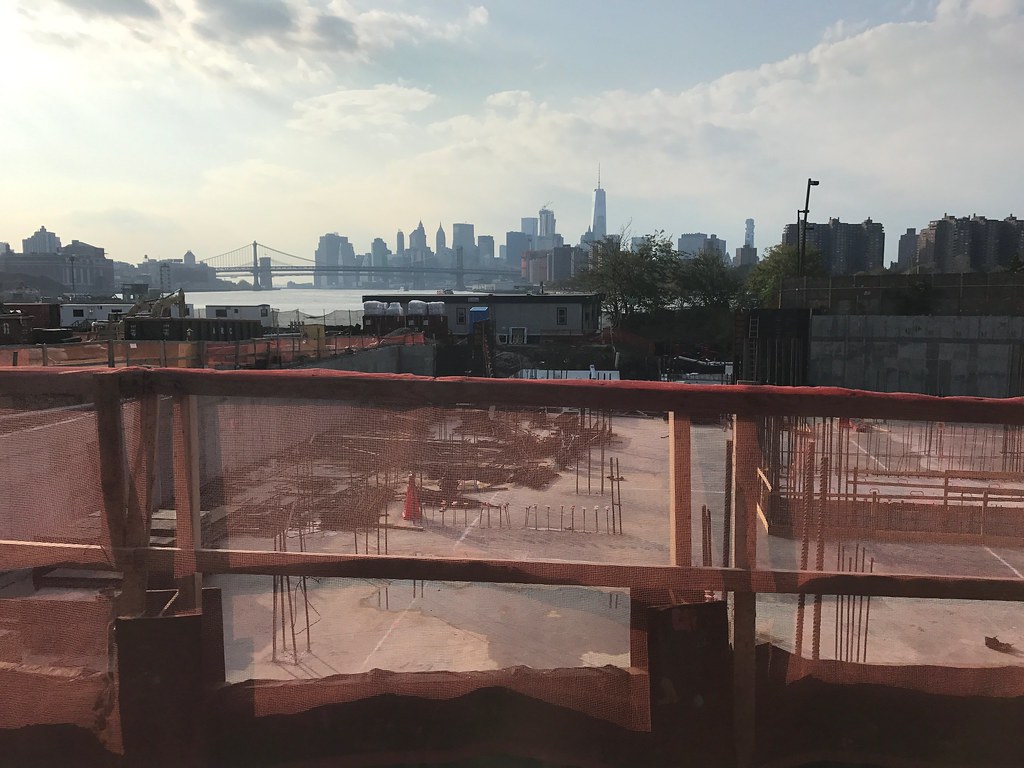 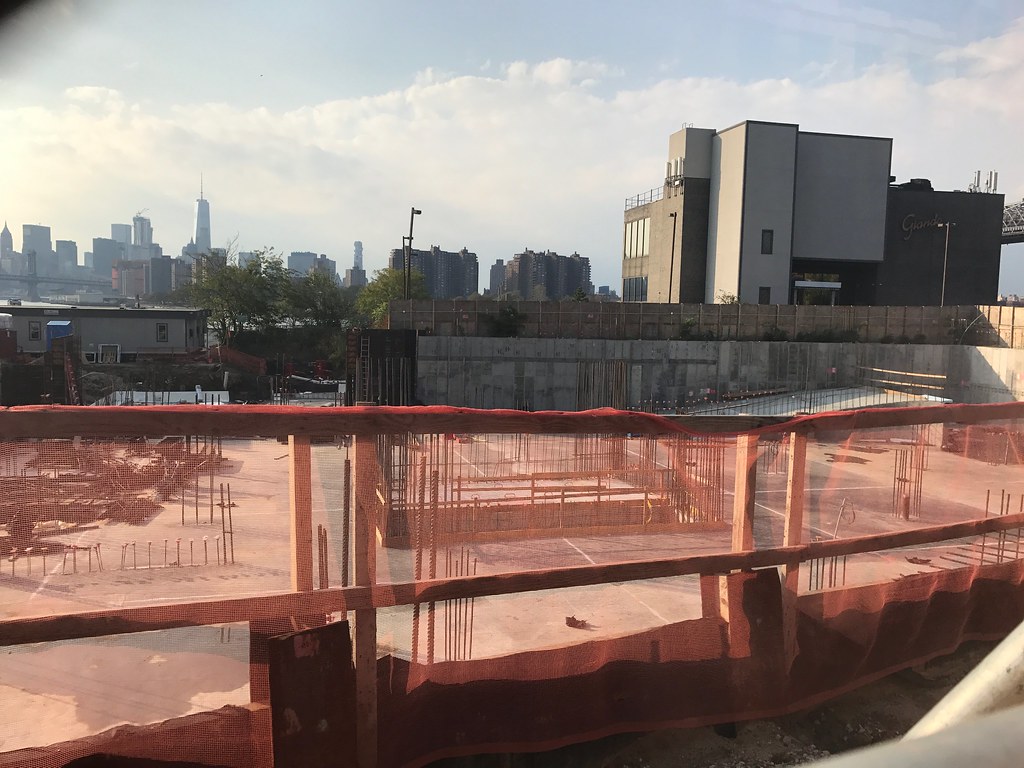 They are moving quick on the north tower (working on 3rd floor) and appear to be ready to start the next 2 soon after they complete the foundation.

One Manhattan Square in the background!

Loving all your updates JC