The building will sit on Site A, between Kent Avenue and River Street, just north of Grand Street. As with the filings earlier this month for Site D at 320 Kent, this application is just in preparation for infrastructure and groundwork, with actual construction coming later, after plans have been finalized and financing for the building is secured. The shorter building at Site E – the only one on the eastern side of Kent, bounded by South 3rd and 4th Streets – will be the first to go vertical, and half of its units will be reserved for below-market renters.

Domino Plan, Site A outlined in red, image via SHoP

According to the permit, 262 Kent Avenue will contain nearly equal parts commercial (mostly office) and residential space, with about 281,869 square feet of total leasable floor area. The tower would rise 320 feet and 30 stories, with 93 apartments, for an average unit size of about 1,500 square feet – which is very large for rentals in Williamsburg. While the location and heat of the Williamsburg market would generally push builders in the direction of condos, Two Trees has said that it prefers holding onto its assets, and will therefore build rental apartments.

The office space was added after Two Trees took over the project from CPC Resources, in a deal whereby the developer swapped out a bit of residential space for a much larger amount of office space, which is seen as more amenable by local politicians wary of luxury housing.

Ismael Leyva is the architect of record, and while SHoP created the site’s masterplan, other architects will be designing some of the buildings. SHoP is set to design the first Site E building along with one other, though which building that will be has yet to be determined.

If 262 Kent Avenue does take on the form originally unveiled in the SHoP plan, it would be marked by a colorful bridge planted atop two towers – one with a traditional glass curtain wall, the other of the same colorful golden material as the bridge.

this tower is mixed use. The original dob permit was likely for the office component. The residential component will rise above to 42 stories. I’m using a diagram posted on SSP a few years back as reference for the heights, which holds up in comparison to the Williamsburg Bridge. 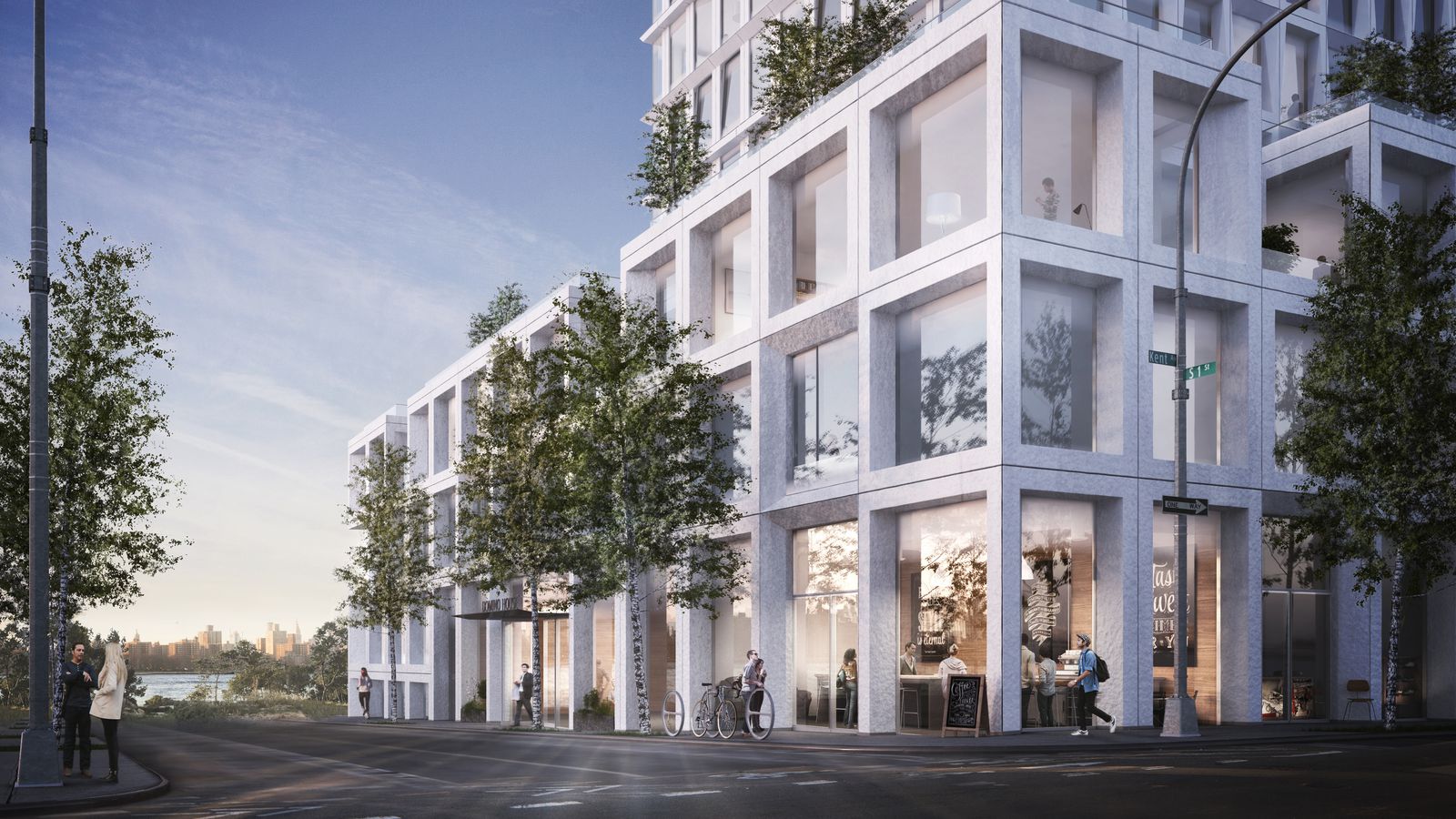 The 42-story mixed-use building will rise at the northernmost end of the Williamsburg megaproject, and bring more than 300 apartments to the development. 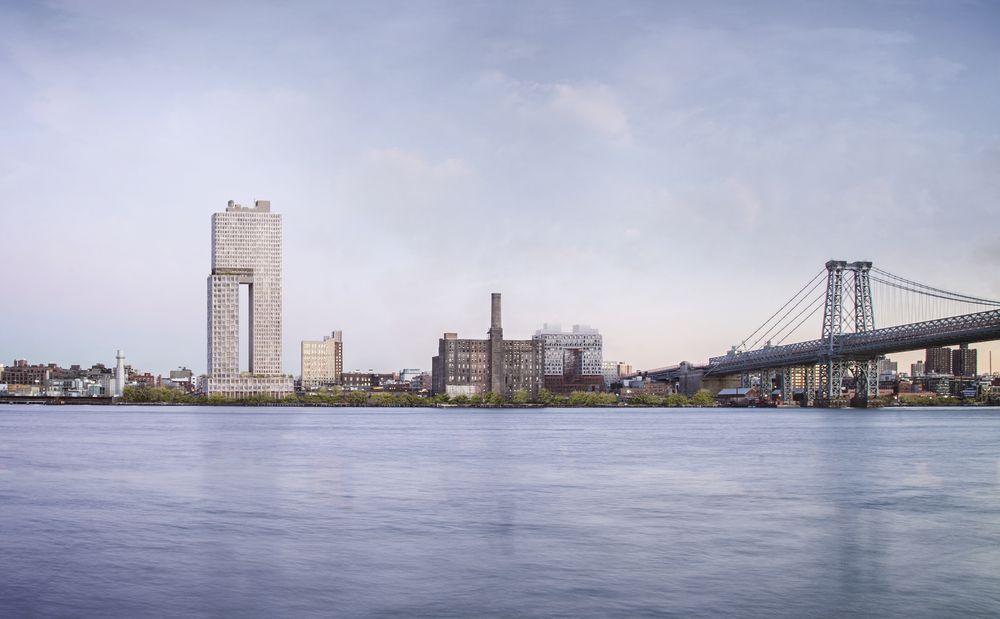 is the foundation already under construction for this one?

tower crane up near the site 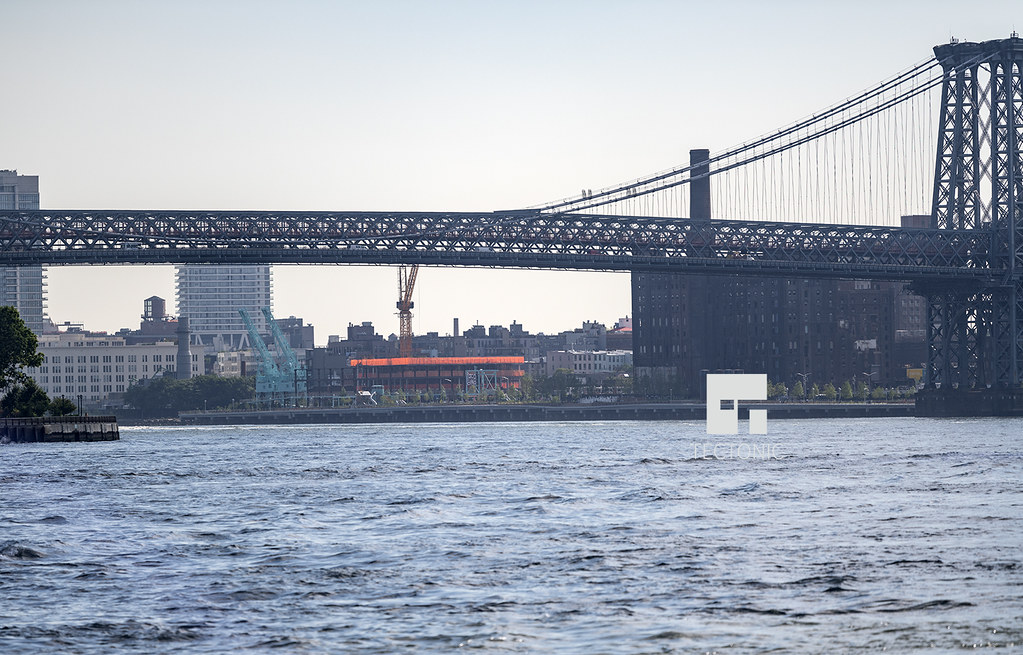 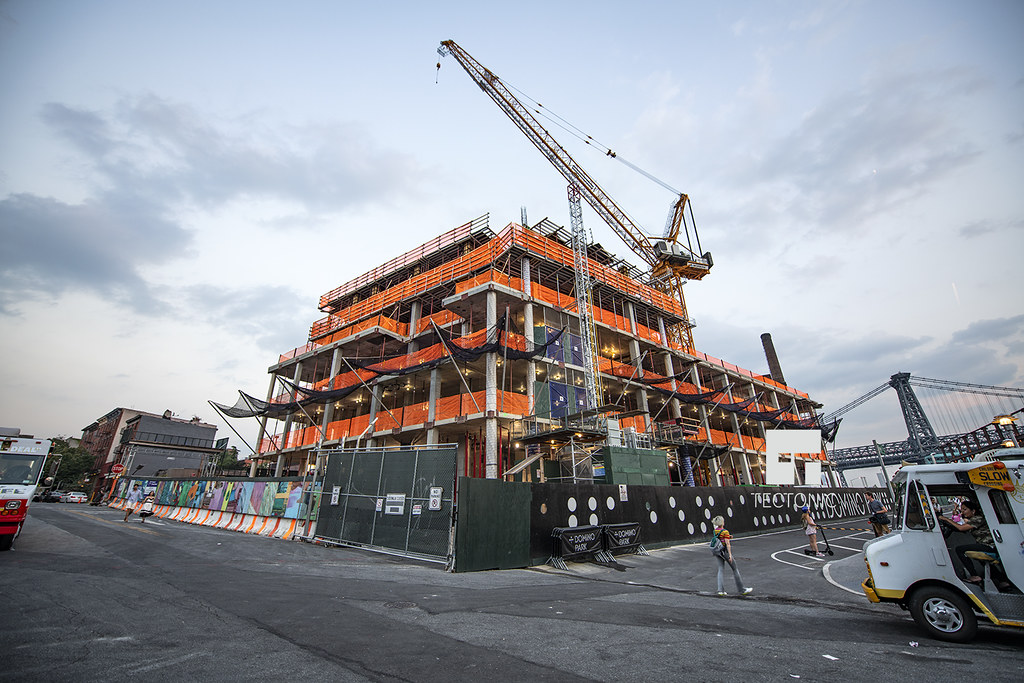 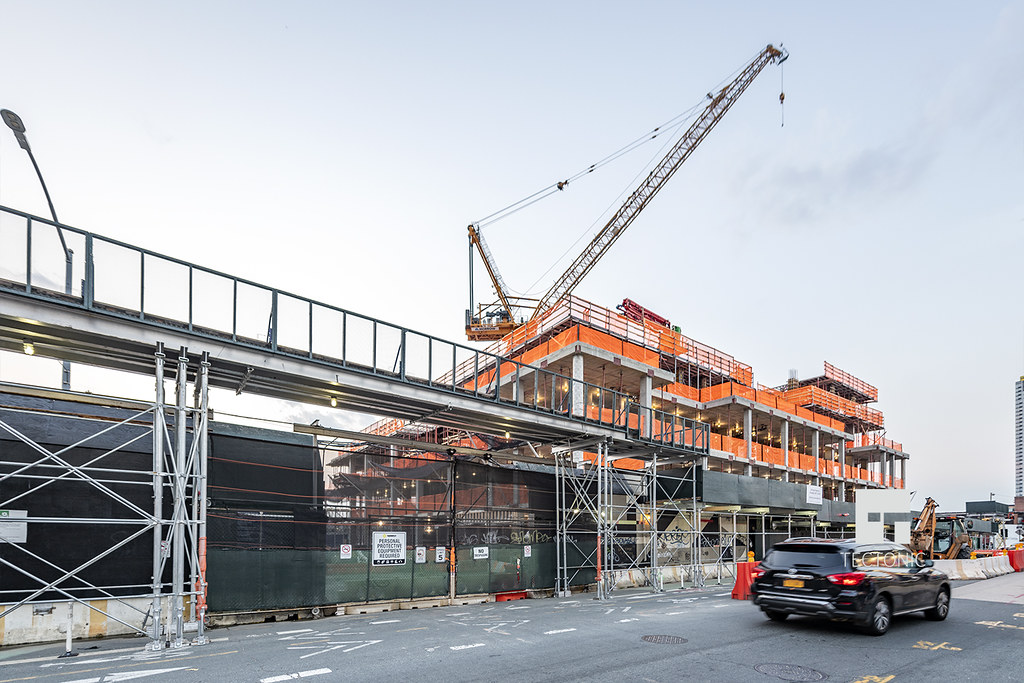 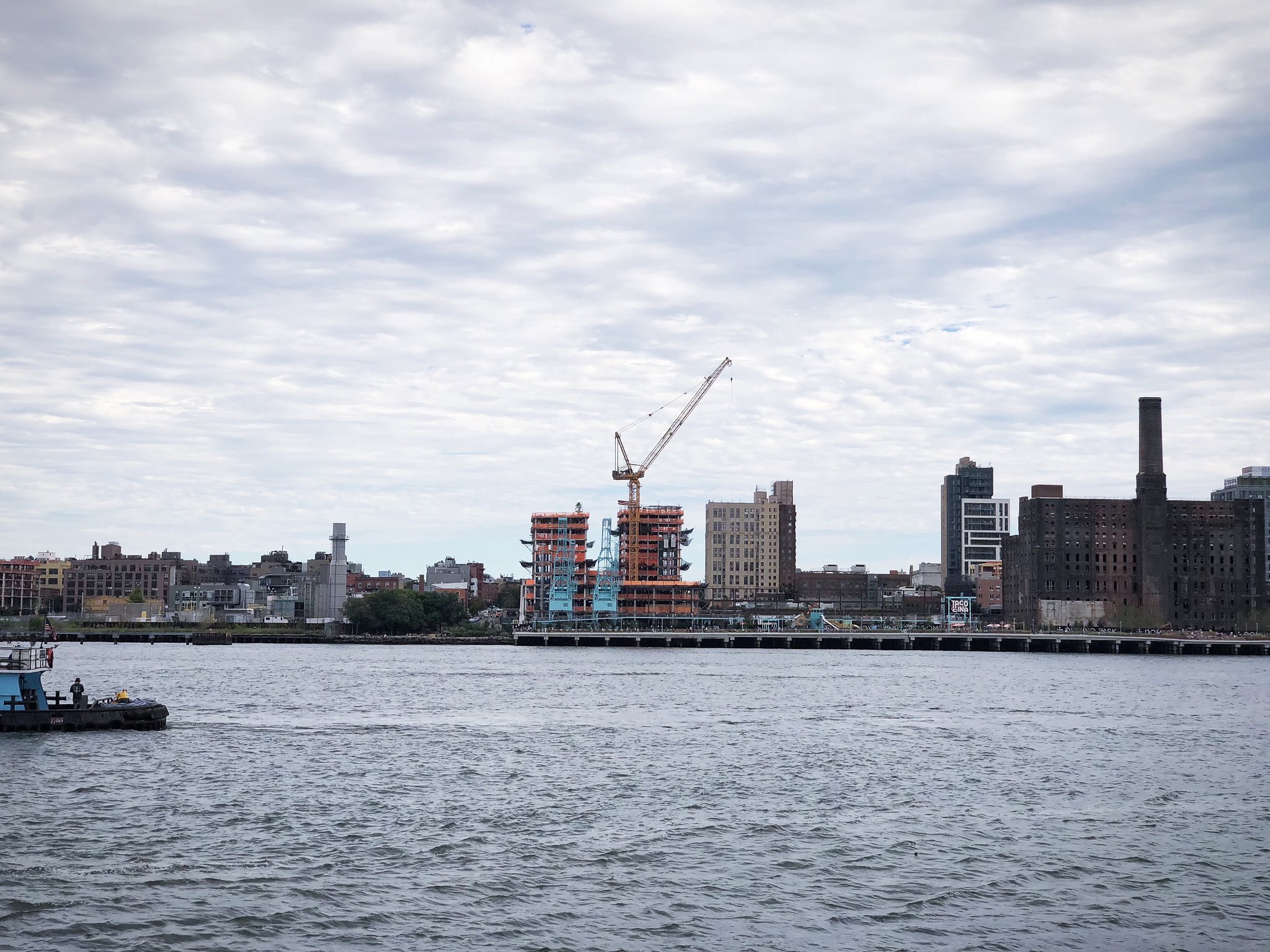 Nice pictures. I think my favorite however aside from the renovated Domino building will be Site ‘B’ when everything is done.

I like this one, but I’m waiting for Square Donut (Site B) to go up.