The 401-foot tall hotel, with 287 rooms, will sit on the 4,937-square-foot lot between Eighth and Ninth Avenues, Department of Buildings and PropertyShark records indicate.

It appears that 310 Group LLC acquired the property in 1998, according to city records, but further information wasn’t readily available.

Mr. Noy didn’t immediately respond to a request for comment. 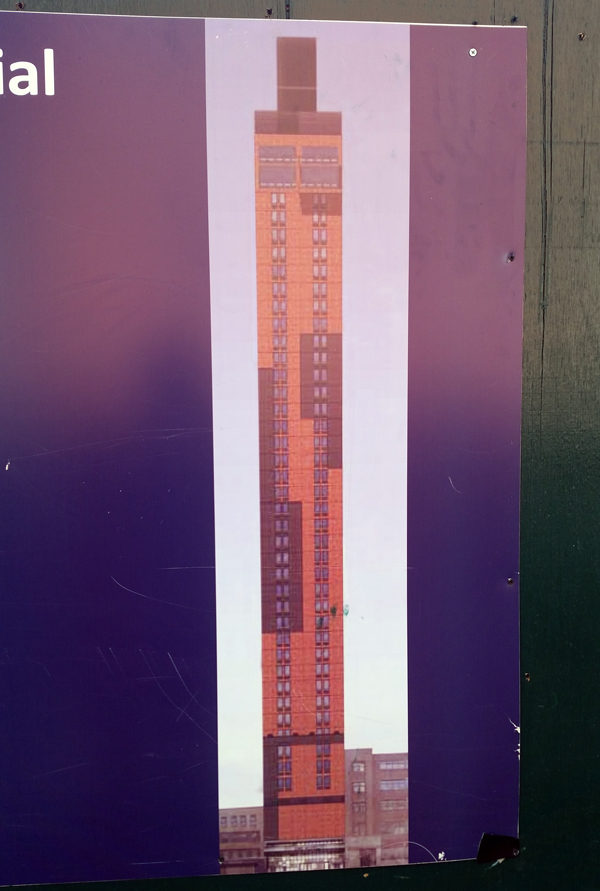 West 40th Street has become a prime corridor for new hotel development in Manhattan, and now, YIMBY has the reveal for yet another project that is about to begin rising at 310 West 40th Street.

Unfortunately, the new developments along 40th Street are also some of the least attractive buildings in New York City. Cheap cladding and setbacks predominate, and a row of uncomely 30-odd story towers already stare back at the equally unappealing Port Authority. Their new companion will stand 42 stories and 401 feet tall, and contain a total of 287 rooms. Abraham Noy of 310 Group LLC is the developer, and Nobutaka Ashihara is the architect. 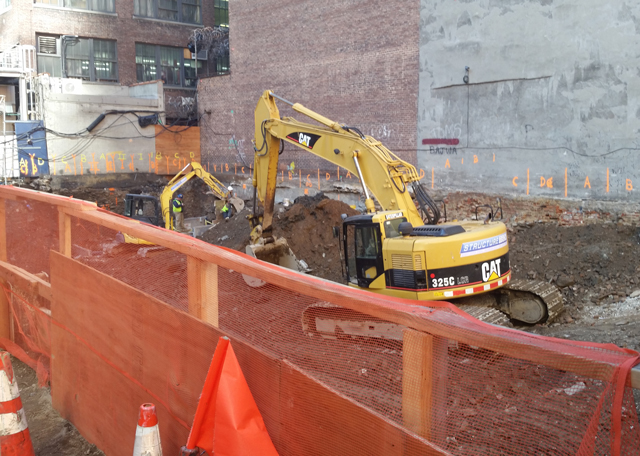 While the desirability (or lack thereof) of the street is partially to blame for the lack of attractive design, the true reason for the boom in ugly buildings is outdated zoning that is long overdue for an update. Instead of confronting the reality that manufacturing jobs are likely never coming back to the Garment District — and that, instead, it has emerged as a prime place where people want to both live and visit — the quick pace of new construction is rapidly destroying the neighborhood’s urban aesthetic.

Generous zoning prior to 1961 enabled the Garment District’s rapid and unfettered growth, when enormous office buildings would span partial or full blocks fronting the avenues, and the sweatshops and factories were confined to the still-attractive side-streets. Now, despite access to nearly every subway line in the city at Times Square as well as buses via the Port Authority, residential construction remains prohibited.

And this is why monstrosities like 310 West 40th Street are allowed to destroy what remains of the neighborhood’s pre-war fabric, to no urban gain. Expanding the city’s supply of hotel rooms is a good thing, but not if it’s done in a way that diminishes the intrinsic value of the city said tourists are visiting — and sadly, this is what’s happening. 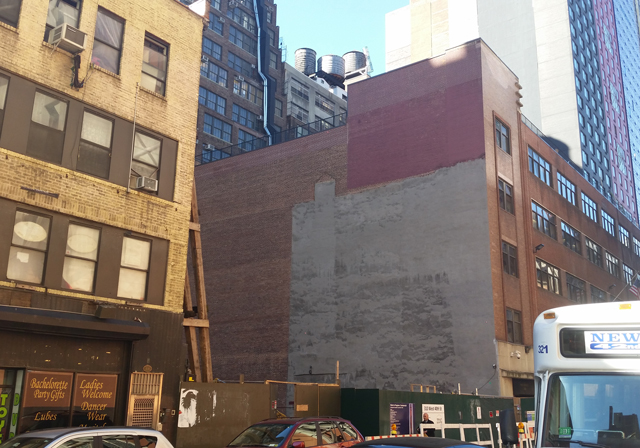 One bright spot regarding the project is that it replaces a vacant lot rather than anything even mildly attractive. But other than that, the building’s facade will be a splotchy mess, capped by an awkwardly tall and thimble-like crown that will encase rooftop mechanicals.

Per on-site signage, completion of the tower is slated for September of 2016.

Thanks for the heads-up. Sad to see outdated information used on signage – the rules are no longer followed all that closely, as people use the loophole that allows vague drawings instead of renderings. 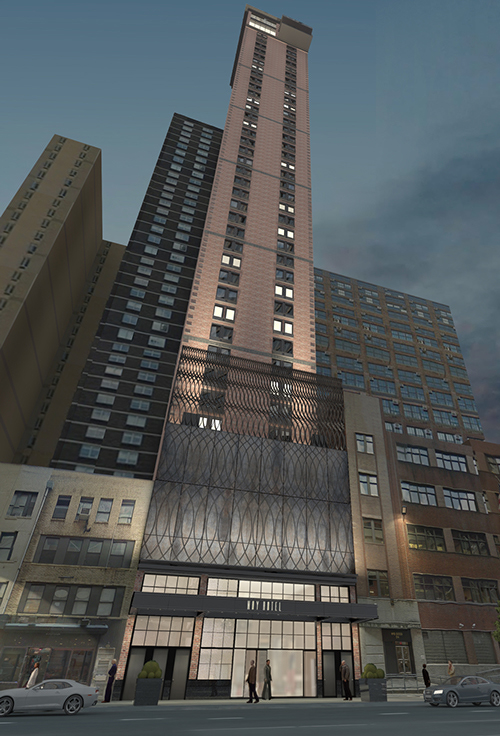 Back in November, YIMBY posted an update on 310 West 40th Street, which featured an on-site “rendering.” As is becoming increasingly typical with these images (and as YIMBY detailed in a post last month), developers are now using the loophole around Local Law 47 that allows them to post massing diagrams instead of anything that aids transparency.

But luckily YIMBY has a way with renderings, and we now have the full reveal for the project, which is being designed by Nobutaka Ashihara and developed by Abraham Noy’s 310 Group LLC. The hotel will total 42 stories and 287 rooms. 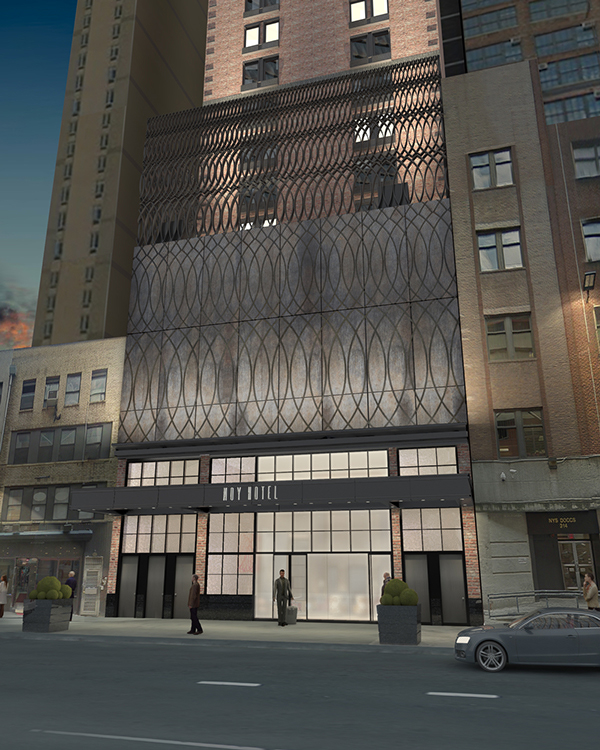 Luckily the new look for 310 West 40th is an improvement over the drawings, and it should join its fellow budget-oriented siblings as relatively inoffensive filler. The street-wall is maintained for the first few floors and a lattice-like element wraps the tower’s base, providing some visual flare. Above, the massing thins and yields to a slender and simple brick tower.

Per on-site signage, completion is anticipated by late 2016.

While looking at the current state, it looks pretty bad. But the facade near the street in the render looks good. Hopefully this one wont be as bad as the others down the block.

For a minute I thought this was just a concrete core. Not a fan of this tower.

Yeah i was just thinking the same thing. Looks like a core of a much larger tower.

I just can’t understand why they would put 2 hideous bare walls on both sides, NO WINDOWS. Absolutely hideous. It looks like a jail! Just look at the lobby of the tower it almost seems like barbed wire. And people thought 432 park was bad.

Windows can’t be built on lot lines. Presumably, something else will eventually rise next to it. It totally looks like something out of Hong Kong, though. All it needs is bamboo scaffolding.

The blank gray concrete wall to the east is now a puke-yellow color. So much better! /s

tbh I feel like its just like putting some glitter and a bow on a turd. A concrete wall for me remains a boring bland uninteresting concrete wall no matter the shade of yellow you paint it with.
Thats all

They were actually working on this building at 1am last night.