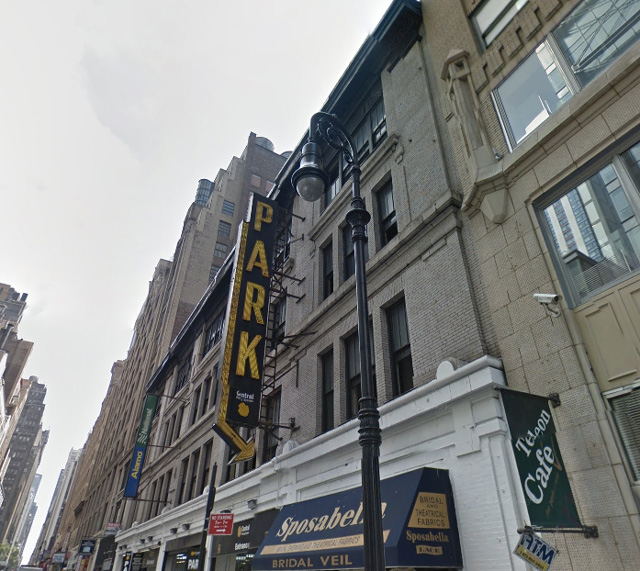 A new building application was filed today for a 20-story tower at 252 West 40th Street, which would reach 230 feet into the sky, between Seventh and Eighth avenues in the Garment District. The owner is listed as Palmetto Hospitality of Manhattan/OTO Development, based in Spartanburg, South Carolina.

While the building is listed as residential, we’re sure that’s an error (we’ve seen a lot of these during the Great Permit Filing Frenzy of Late 2014) and the project will in fact be a hotel. The permit indicates 290 dwelling units spread over 120,000 square feet of floorspace, and the structure will stand 230 feet tall.

Helpern is listed as the architect of record, and this isn’t the only project they’re doing or have done with OTO. They also designed a Marriott Fairfield Inn & Suites on West 33rd Street, and another at 220 West 41st Street — now under construction — which YIMBY revealed in the spring. Years ago, they were also the architect of the SoHo Grand and a W Hotel.

The site is just across 40th Street from the New York Times Building, and represents the eastward creep of the heavily hoteled West 40th Street corridor (just two days ago, we covered the permit filing for a 13-story building across Eighth Avenue). Because the lot is fairly large for one of these limited service hotels – 122 feet wide, rather than a skinny 25-footer – the architect should have a bit more leeway in designing an attractive structure.

This one is under construction. Taken yesterday

This is rising to the 10th floor.

This is probably close to being topped out now.

That was a nice looking garage

Great update, nyc, but that glass is heinous!

The best thing about this one is the cool citroen truck parked out front of the Boqueria restaurant.