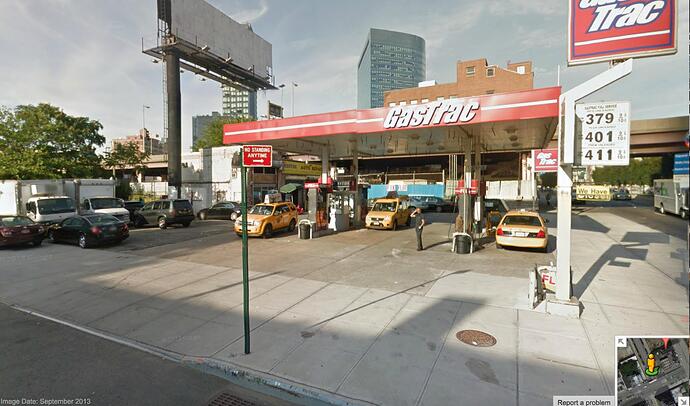 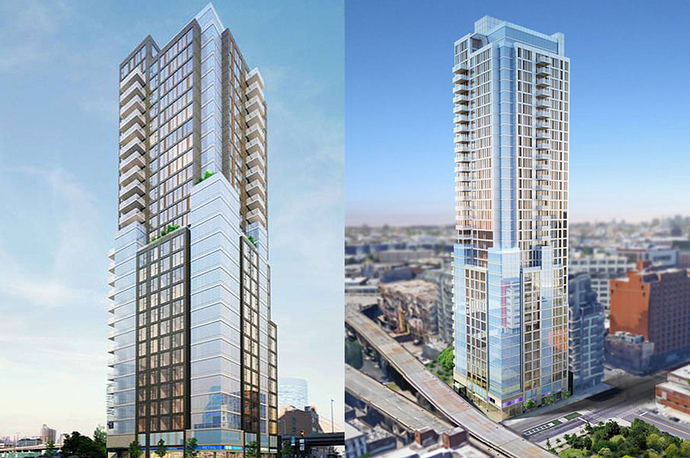 Construction has yet to begin at 27-01 Jackson Avenue, a mixed-use building designed by SLCE and developed by Fetner Properties in Long Island City. 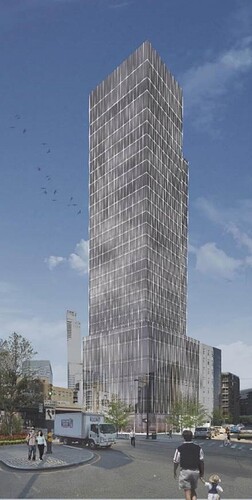 Fenter Properties and Lions Group have closed on a $95 million construction loan to complete a new 27-story residential tower at 27-01 Jackson Avenue.

Banal towers and empty storefronts do not a city make. Unfortunately, booming swaths of Long Island City are heading in that direction, more closely

There was a line of dumptrucks 1-2 blocks long for the excavation today. 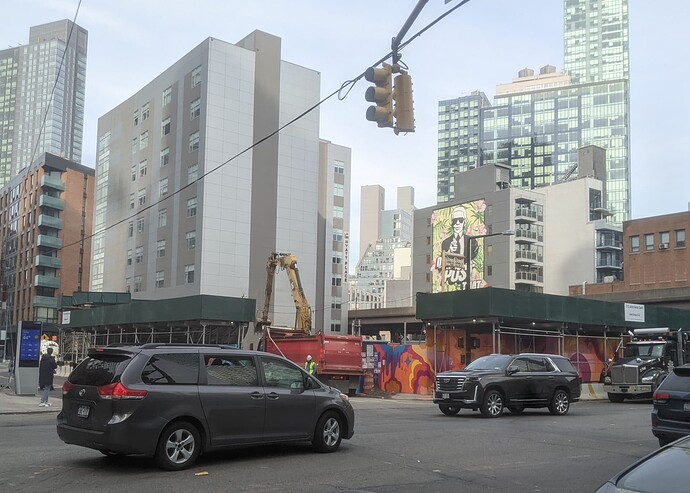 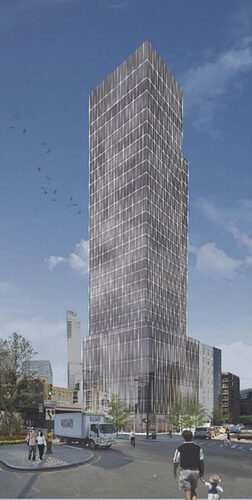 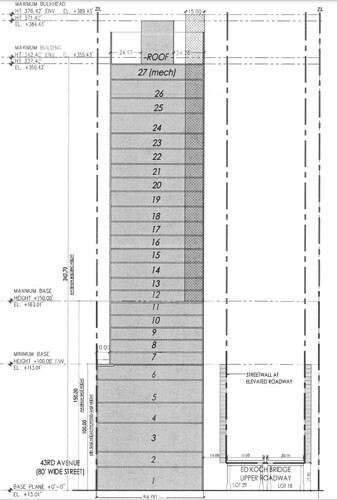 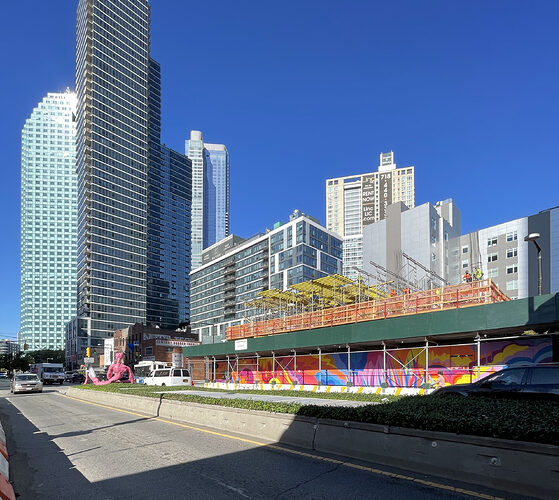 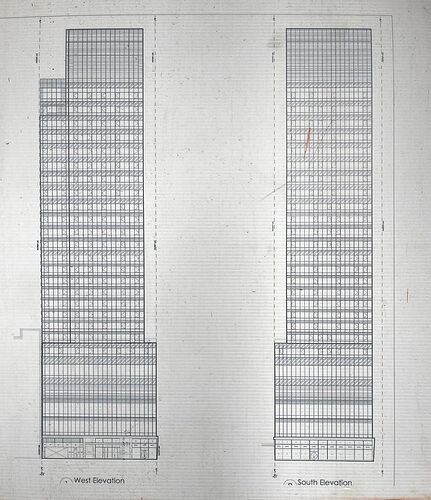 Construction is rising on 27-01 Jackson Avenue, a 27-story residential building in the Court Square district of Long Island City, Queens. Designed by SLCE Architects and developed by Fetner Properties and Lions Group, the 151,000-square-foot tower will yield 164 rental units with one-third dedicated to affordable housing, as well as ground-floor retail space and approximately 90 parking spaces on the first three levels. Lions Group II, LLC is the general contractor for the property, which is located at the corner of Jackson and 43rd Avenues.

At the time of our last update in March, excavation was still progressing behind the green sidewalk scaffolding. Since then, below-grade work has concluded and the reinforced concrete superstructure has begun to climb above street level. Crews were spotted tying the steel rebar and assembling the concrete formwork and dense lattice of temporary scaffolding that will help to create the columns, walls, and floor plates. Construction should continue to ascend throughout the remainder of 2022 and top out sometime in the first half of 2023.

The only exterior rendering of 27-01 Jackson Avenue is showcased above in the featured photo. The image is oriented looking north, diagonally across the intersection of Jackson and 43rd Avenues. The podium height matches the roof line of the adjacent low-rise neighbor to the north, while the rest of the tower has a fairly orthodox-shaped massing with a uniform glass curtain wall.

Two elevation diagrams are posted on site and show a setback on the eastern side of the building that would likely be topped with an outdoor terrace. A mechanical bulkhead caps the superstructure. 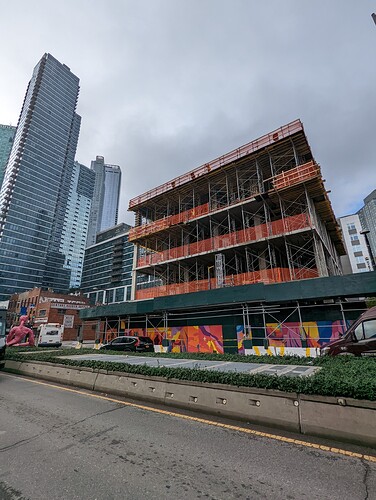 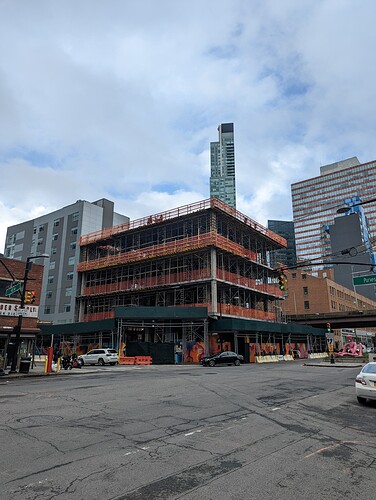 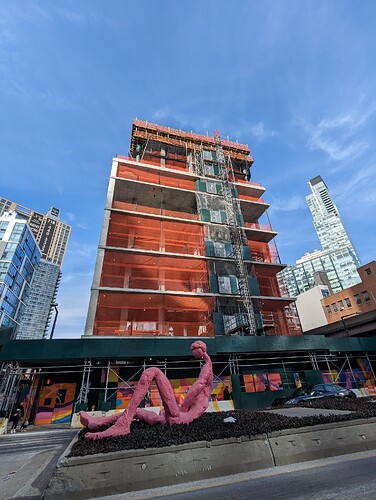 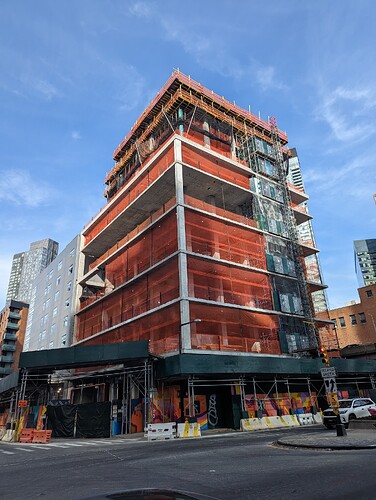 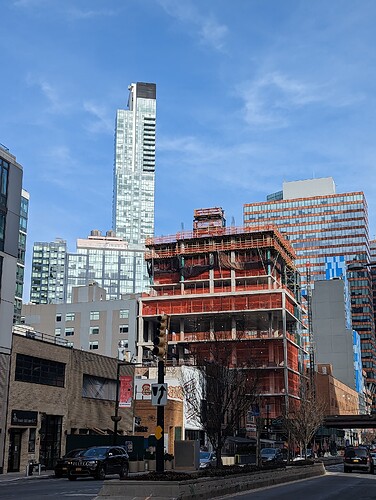