Construction has made slow but steady progress since the last update on 24 John Street, in the Financial District. The developer is Westbury Realty Associates LLC, and the architect of record is Gerald Caliendo.

The hotel will stand 21 stories in total, adding 14 floors to the original 7-story building. Containing 128 hotel rooms, the ceiling heights will be normal for small-scale hotel development, averaging less than ten feet, for a total building height of 206 feet.

At the moment, 24 John Street is approximately 18 stories tall, and while it looks as though work may be winding down atop the tower, the structure still has a minor ways to climb. Contrary to what’s depicted in renderings, a setback reveals itself at the building’s mid-point, which has aroused curiosity that the hotel underwent a last-minute design change. Despite the apparent dissonance between concept and reality, new permits or diagrams have not been submitted for alterations.

In what is already a dense and tall part of Manhattan, 24 John’s presence will be limited to its immediate block. The influx of additional hotel rooms will be welcome, especially given proximity to the World Trade Center, and the last-minute design change may result in a more palatable final product.

24 John Street — peeking out above neighbors

For better or worse, construction looks to be on schedule at 24 John Street, and completion is scheduled for the first half of 2015. 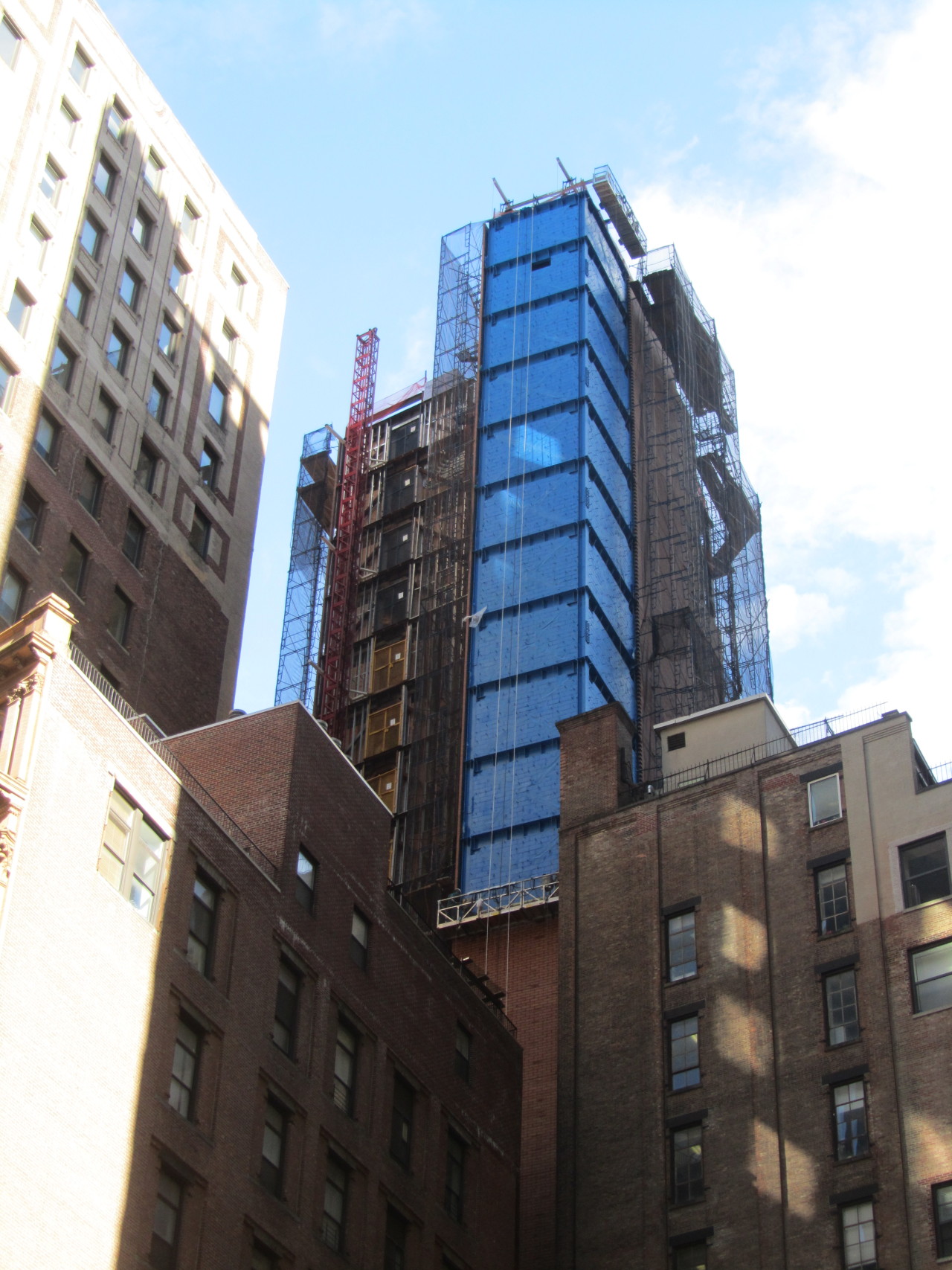 1/18
Most of the scaffolding is gone, entrance needs to be completed.

This came out nicely.

They finally took the plywood down at street level.

Apparently the top two floors are going to be a cocktail lounge with uptown views. Sweet.

The hotel is finally open.

No date for the top-floor bar opening, but I confirmed with staff that it’s still coming.

Thanks for the update, it’s great to have another luxury boutique hotel in the Financial District. As opposed to the Kaufman-type abominations that desecrate so many neighborhoods already.