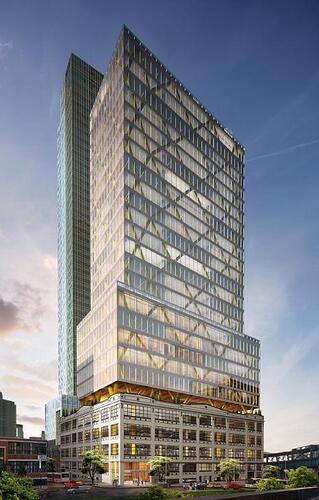 Crossed-Braced Commercial Topper May Be Coming to Queens Plaza

Back in 2012, a consortium of developers led by Property Markets Group scooped up two adjacent lots in Long Island City from the Kraupner Group for 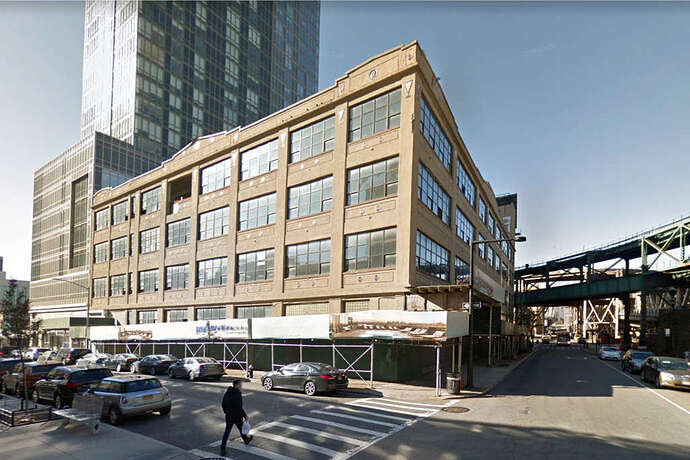 The 14,920-square-foot parcel at 23-01 42nd Road was redeveloped into the 391-unit rental 1 QPS Tower, which when opened in 2017 was the tallest residential building in Queens. The larger lot next door, 23-10 Queens Plaza South, continues to hold a 5-story industrial loft building, but a newly-surfaced rendering shows larger plans may be in store.

Dynamic’s website says the rendered office block is designed by SLCE, who were also the architects behind 1 QPS Tower next door. The description says the tower would rise 24 stories and encompass 400,000 square feet of office space — making it one of the largest blocks of commercial space in the neighborhood.
Though new development in LIC’s Queens Plaza district has been overwhelmingly residential, the successful lease-ups of Tishman Speyer’s Two Gotham Center and The JACX may reassure developers that Long Island City is prime for more commercial back-office space.

Not bad, always wondered if anything would happen to the building. Really physically close to the 7 (it feels like literal feet away when making the turn into Queensboro Plaza). Glad they are saving the base. 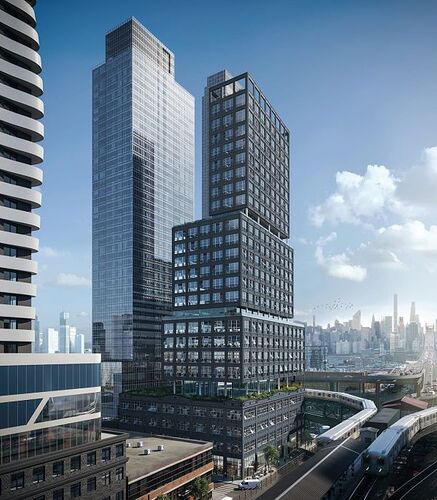 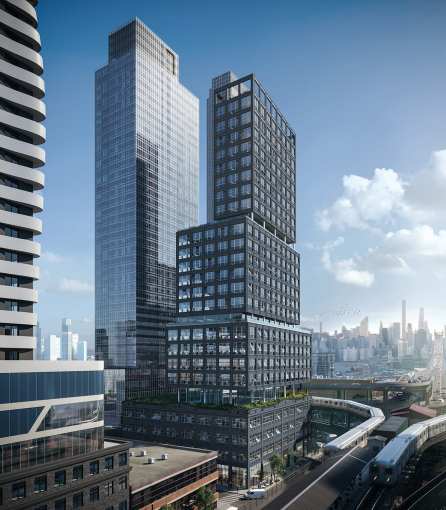 Developer Dynamic Star plans to secure a rezoning to build a new tower on Queens Plaza South in Long Island City, but unlike most of its peers, the company hopes to build offices, not apartments.
Brad Zackson, the firm’s development director, expects that the proposed 26-story commercial tower will enter the city’s public review process early next year. Dynamic Star wants to triple the 27,000-square-foot site’s allowed density in order to build a 400,000-square-foot, retail-and-office tower at 23-10 Queens Plaza South, between 23rd and 24th streets.

It reminds me of KPF’s Hudson Commons on the West Side. 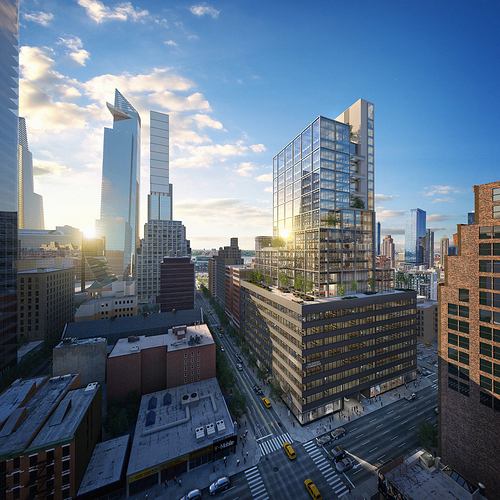 Construction is complete on Kohn Pedersen Fox's Hudson Commons, aka 441 Ninth Avenue. Cove Property and Baupost Group are the developers of the project. 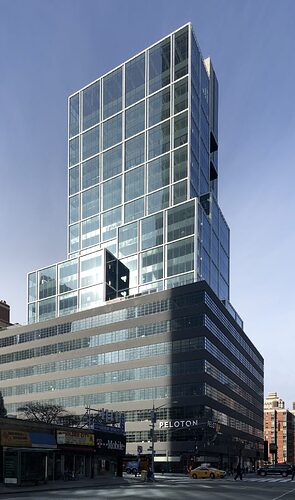 I like this version better compared to the old render.

this went before the planning commission today. Same as above. 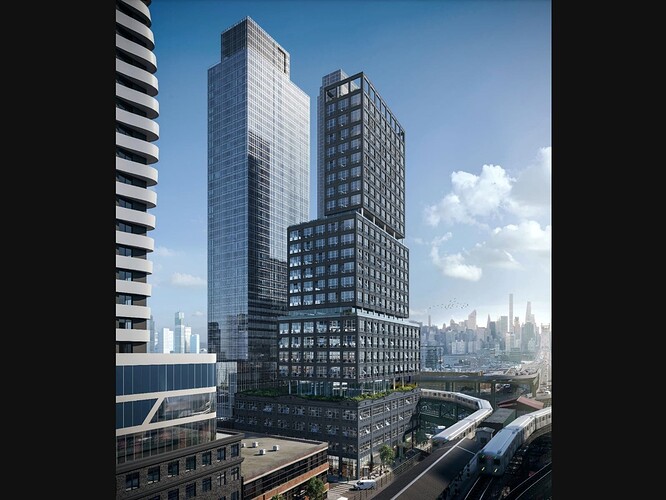 A Long Island City community board weighed in on a plan to top Queens Plaza's iconic Eagle Electric building with a 22-story office tower.

The community board has added a few suggestions, including community rooftop and affordable supermarket. They have abstained vote but I’m sure this’ll pass it.