Over by the Williamsburg Bridge, the embattled Delancey Bridge Tower is back on track. Well, kinda.

Last summer, the new 12-story development in the works at 208 Delancey hit a quagmire, and went dormant for months. A pair of strict stop-work orders were levied at the time, and progress was frozen with naught but a foundation and a few steel beams in place.

Fast forward to present, and that construction hiatus is history. There has been plenty of work here of late. The superstructure is way above the plywood threshold, measuring roughly four stories in height.

But the DOB is still hot on their tail. Two more stop-work orders were levied in the last couple months (regarding inspection of concrete usage), but partially rescinded to allow some construction to proceed.

The Delancey Bridge Tower will, upon completion, rise 12 stories and offer 69 condo apartments and a 8,352 square-foot community facility. Architect Michael Kang is on board, and it’ll look something like this:

This address previously housed the T&J Auto Repair shop. The family that owned the mechanic had previously purchased the four other lots on which this tower will rise – 206 and 208 Delancey, 49 and 51 Pitt. They cashed out for $8.48 million when a consortium of 53 Chinese-American investors purchased the properties.

The four-year-old Delancey Bridge Tower project site has been in a perpetual state of arrested development for the majority of that time. The steel framework remains stuck at four stories. And it’s only getting worse. This bang-to-bust tale is replete with litigation.

The consortium of 53 Chinese investors behind the half-built, 12-story condo together filed suit against a prospective buyer last week, according to the Real Deal. You’ll recall that the derelict property was placed on the open market in June 2015 for an overvalued $35.5 million. Flushing-based developer Xingmei Chen of American Chengxing Investment Lined up as buyer, but allegedly failed to close on the $29.5 million contract at deadline last May. This despite being “granted numerous extensions of time to consummate the transaction,” according to a complaint filed in Manhattan Supreme Court last Wednesday.

The lawsuit against Chen isn’t the only one at Delancey Bridge Tower. The aforementioned 53 investors are themselves being sued by the former property owner, who claims he was contractually promised a 1,600 sq/ft basement with a private entrance, in a diagram attached to the sale agreement, as well as a unit 850-1,000 sq/ft at a price of $408 sq/ft, but alleges that since the condo building was never vetted by the state attorney general, the project is technically illegal causing tens of thousands in losses. 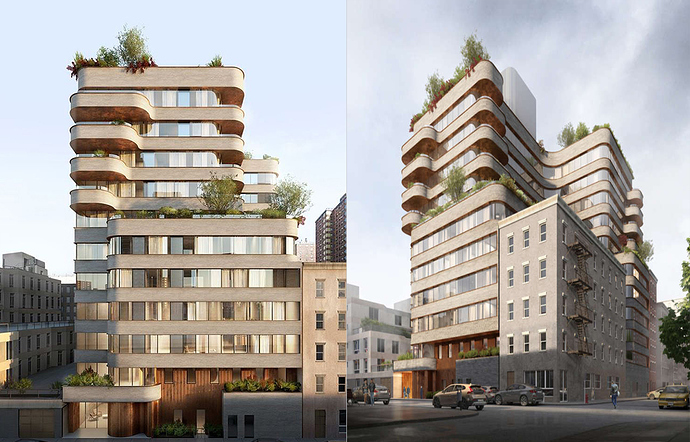 Excavation Begins for ODA's 208 Delancey Street on the Lower East Side - New...

Easily the best looking new construction in any of the Chinatowns in NYC. 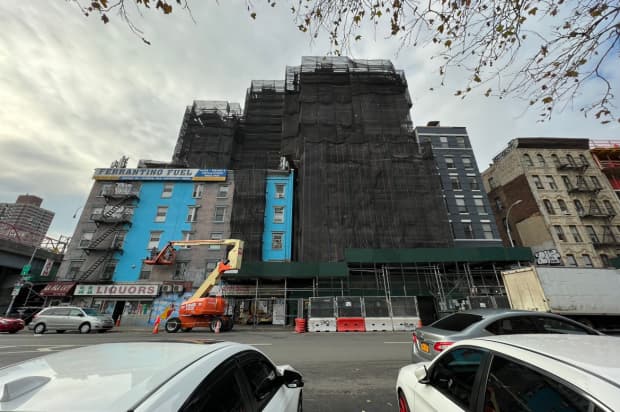 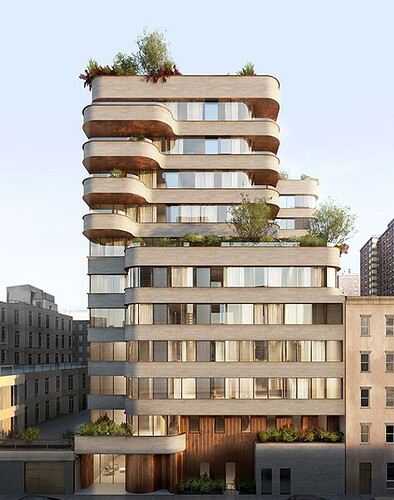 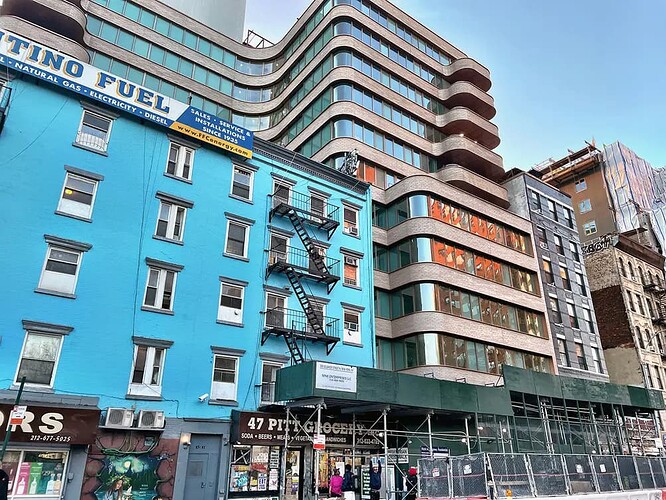 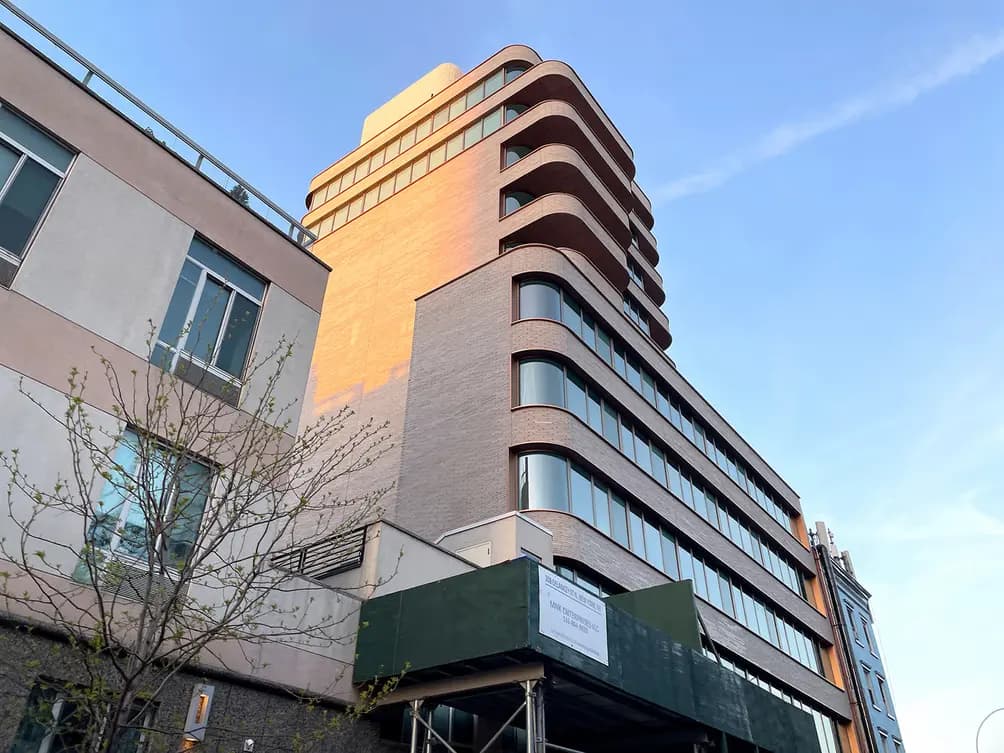 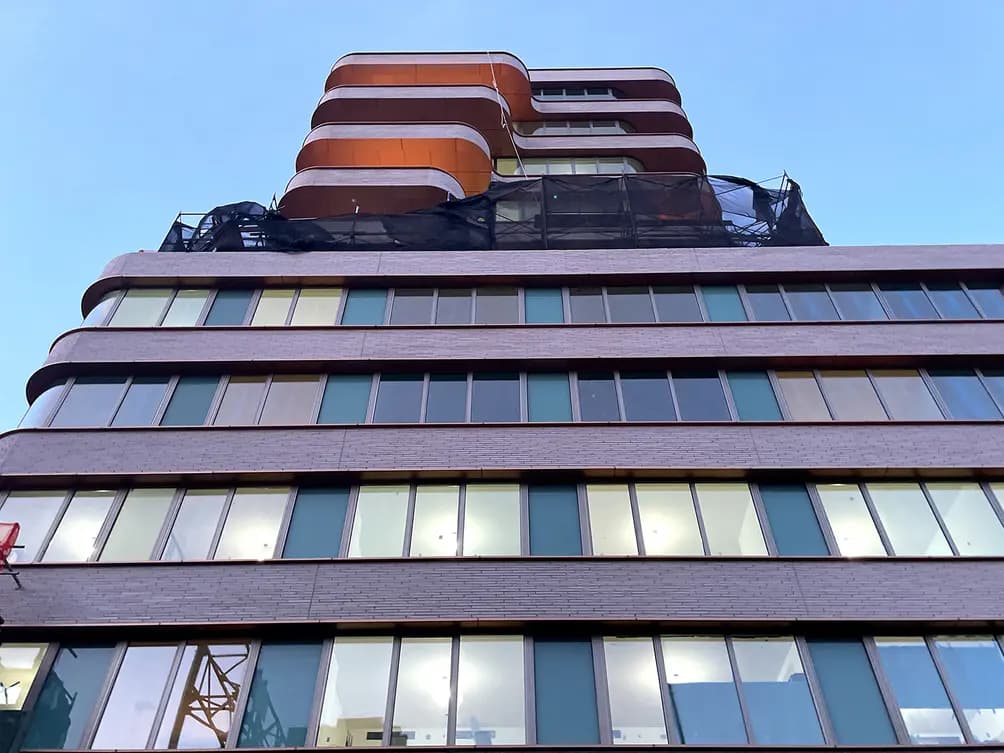 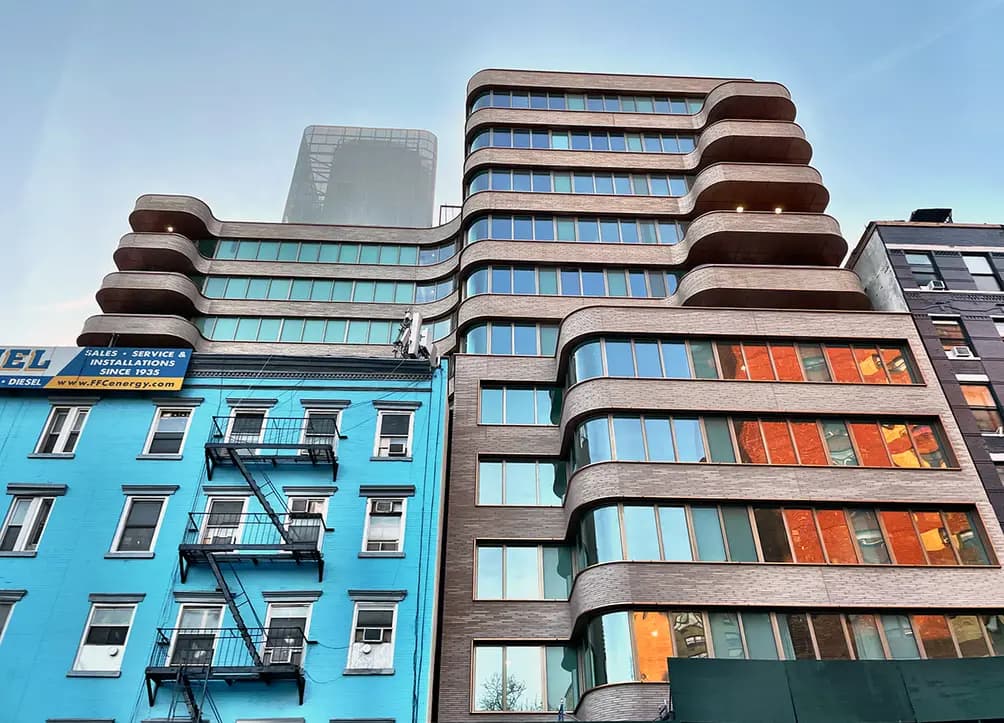 Finally Lower East Side starts to look as posh as its neighbours. Great improvement

Really good looking building. Nice to see ODA stepping out of their box (boxes). Reminds me of Miami Art Deco. Too bad that baby blue POS didn’t come down. 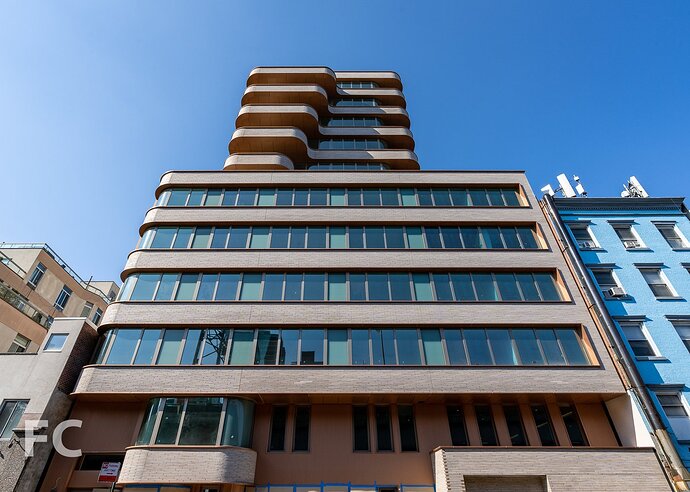 Facade installation is wrapping at New Empire’s residential condo building 208 Delancey on the Lower East Side of Manhattan. Designed by ODA New York, the 12-story residential building features a L-shaped massing with rounded corners that afford...

Construction is complete on 208 Delancey Street, a 12-story, 85-unit project from ODA and New Empire Corporation on Manhattan's Lower East Side.