Handel Architects filed preliminary permits yesterday to construct a 26-story tower at 115 Delancey Street as part of the Essex Crossing mega-development. This parcel, of course, was the southern extension of the Essex Market complex which had housed Olympic Diner for three decades (and “old as hills” Jade Fountain).

This 285-foot mixed-use monster offers 165,777 square-feet of residential space spread across 195 units. The remaining 134,770 square feet is earmarked for commercial space. According to the plans on file with the DOB, that includes the Essex Market replacement facility on the first and mezzanine levels, and a movie theater with fourteen screens that occupies the first four floors. Apartments will round out the remaining height.

The Department of Housing Preservation and Development is the landowner. Delancey Associates — a consortium of L+M Development, BFC and Taconic Investment Partners — is the developer on the project.

Presented first was site no. 2, located at 80 Essex Street and 115 Delancey Street and designed by Frank Fusaro of Handel Architects. It will have 195 rental apartments in a 285-foot, 24-floor building, evenly split between market-rate and affordable units, the latter set aside for those earning between 37 percent and 155 percent of the area median income (which in 2014 was nearly $84,000 for a family of four). It will also house the Essex Street Market (which was moved from the yet-to-be-unveiled site no. 9), the 1,250-seat Regal movie theater (which will be Manhattan’s largest south of 14th Street), an urban farm on the roof of the tower’s five-story base, and room for more retail. Since the space around the movie theater can’t have windows, a combination of folded and bent metal panels will create the impression of fenestration, with real openings along the fire stairs. Demolition of the existing structures on this site is expected as early as the end of the month. 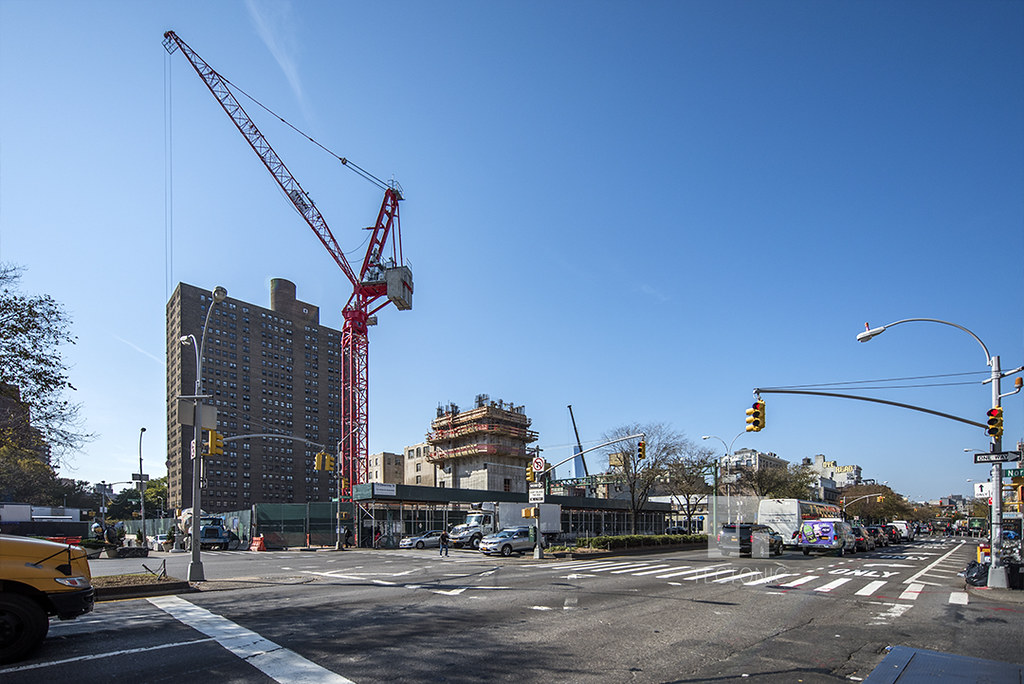 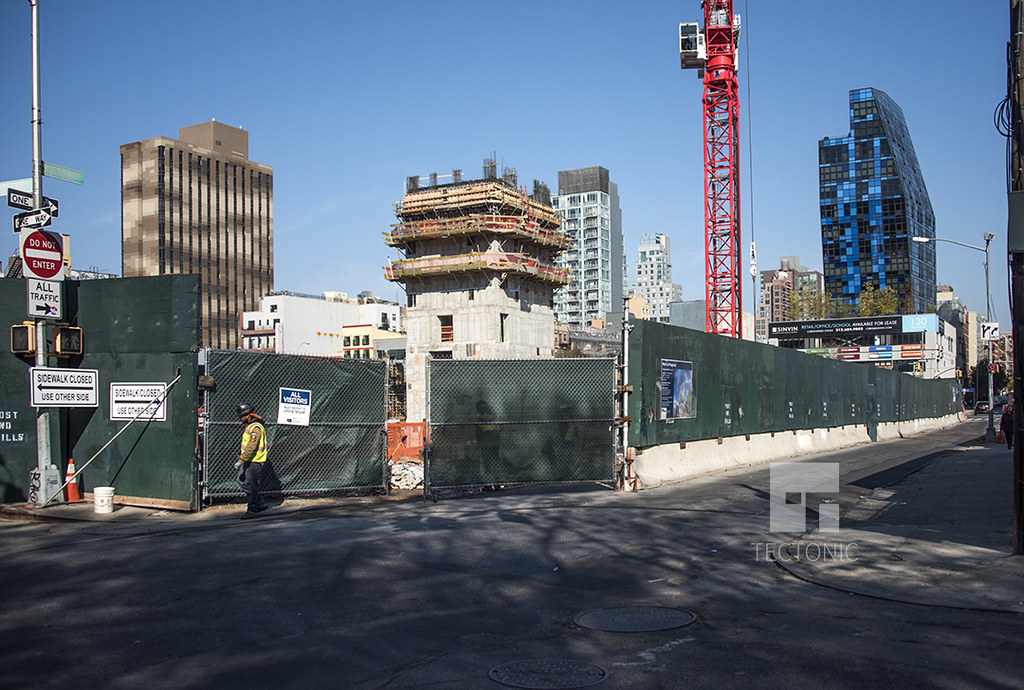 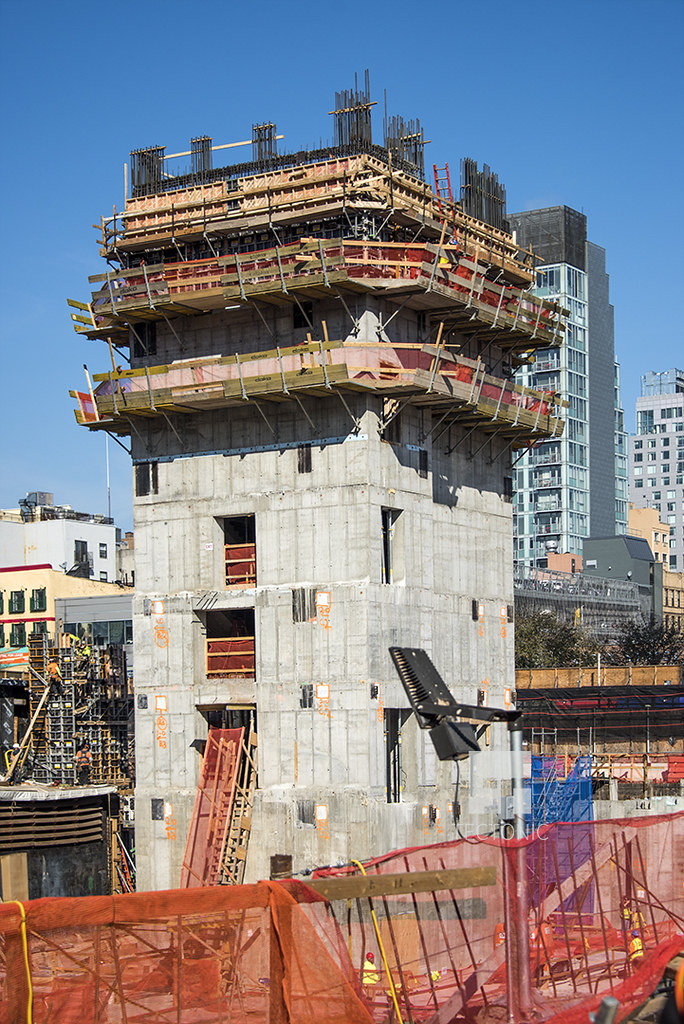 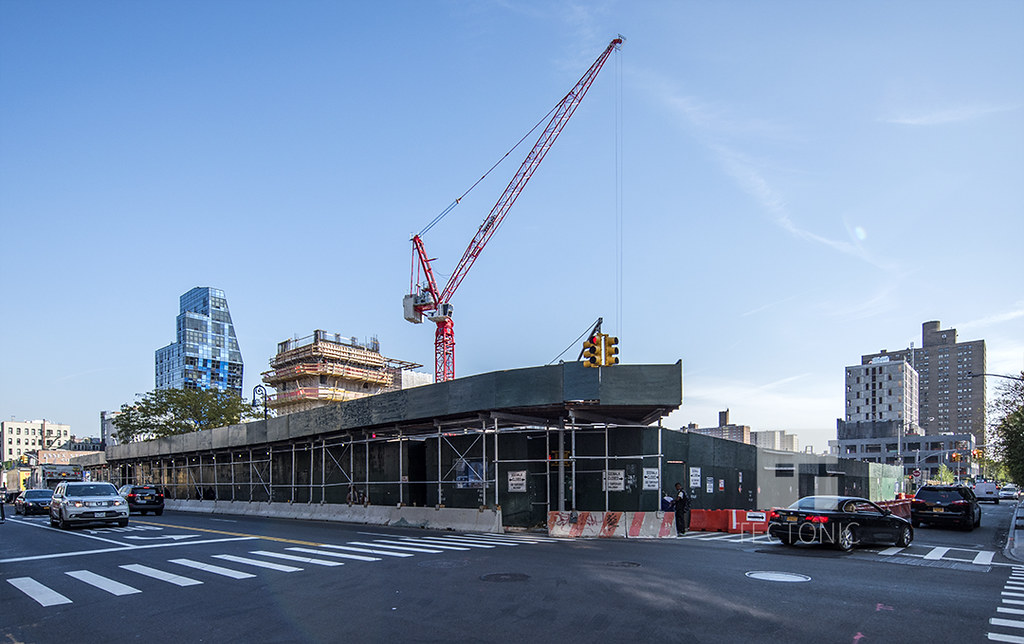 1/4/17
Not much progress since the last update. But another tower crane has been added. 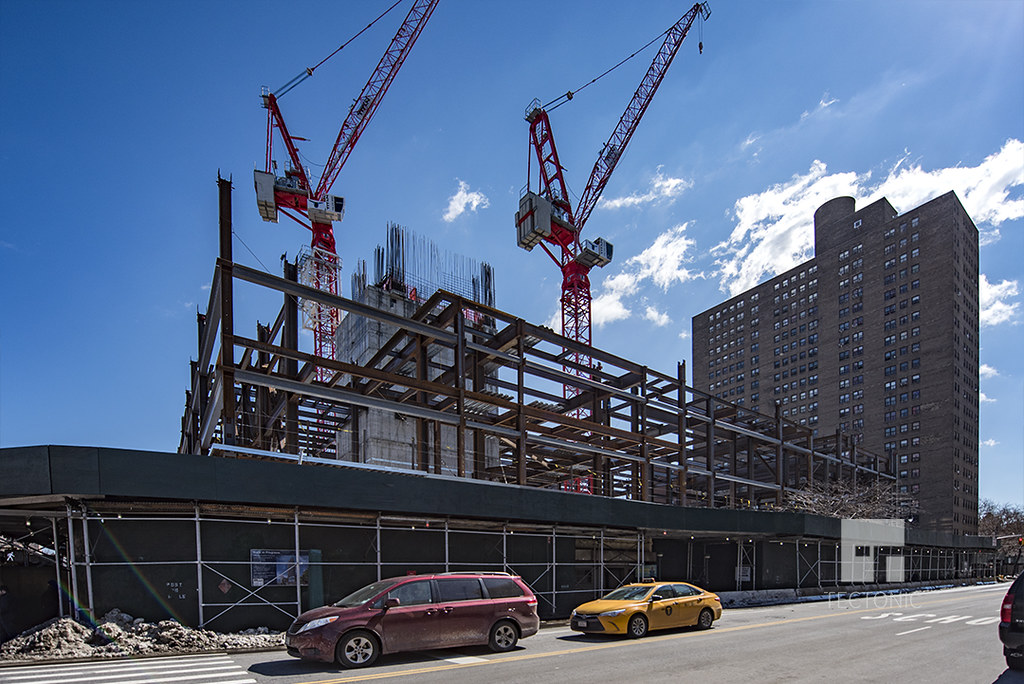 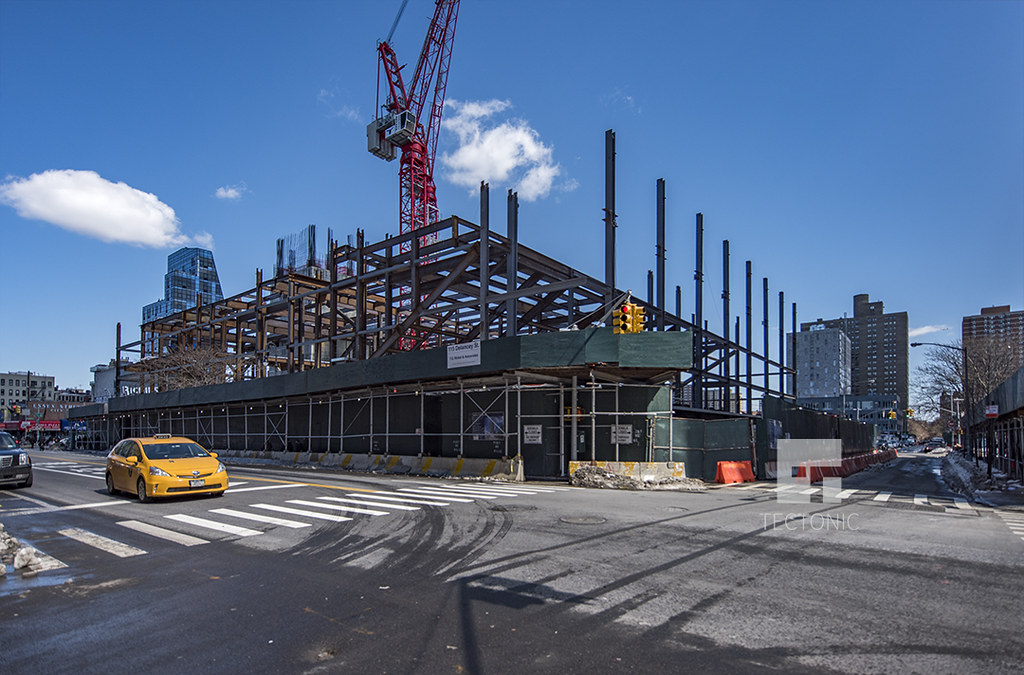 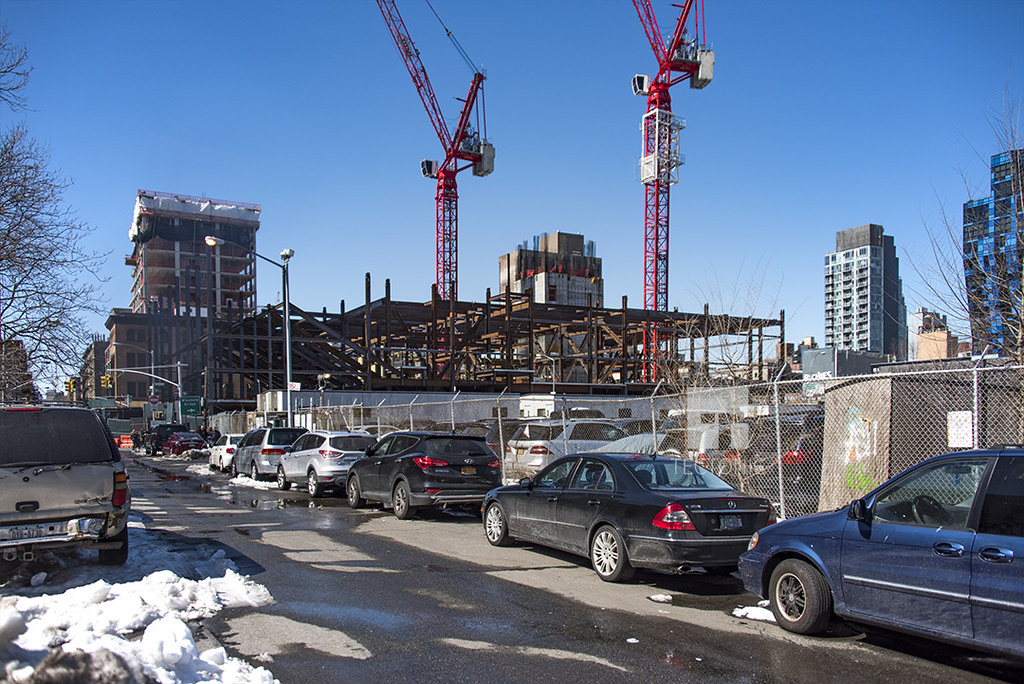 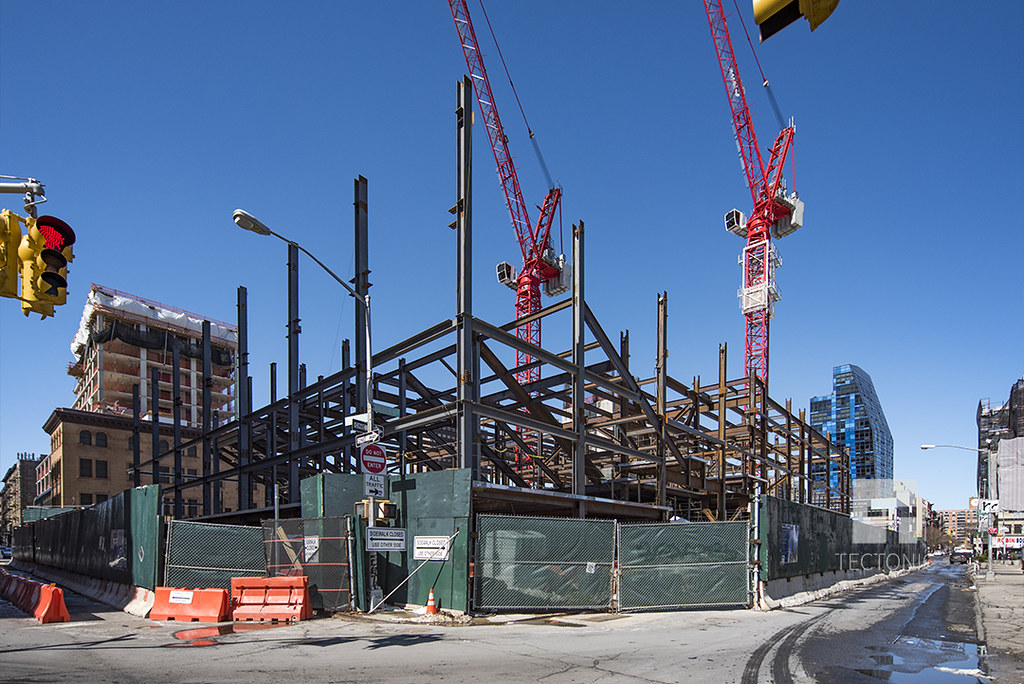 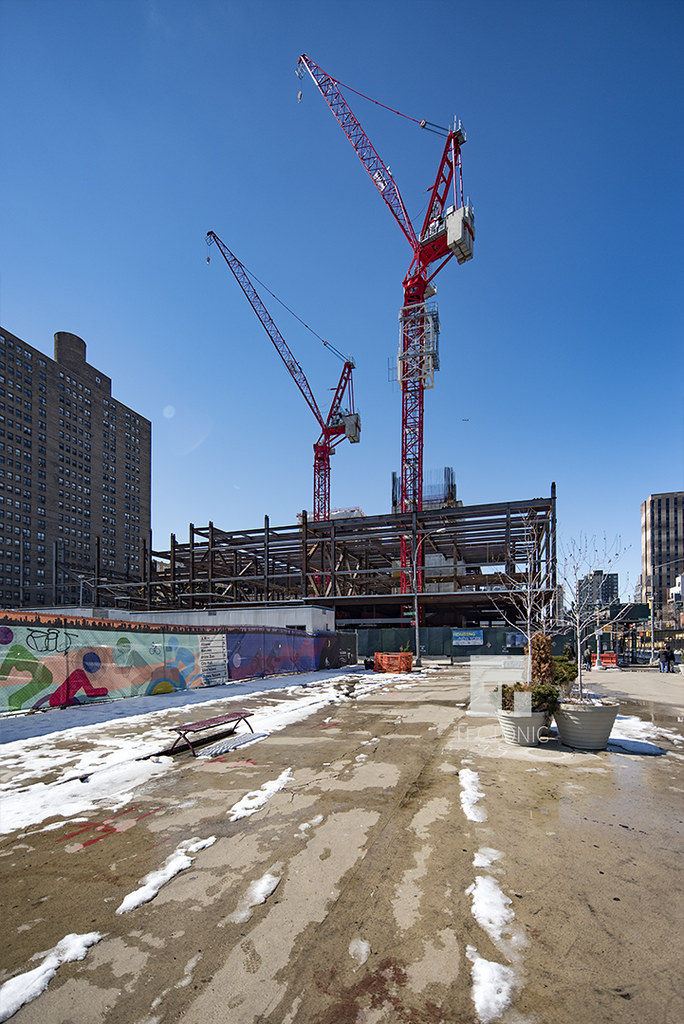 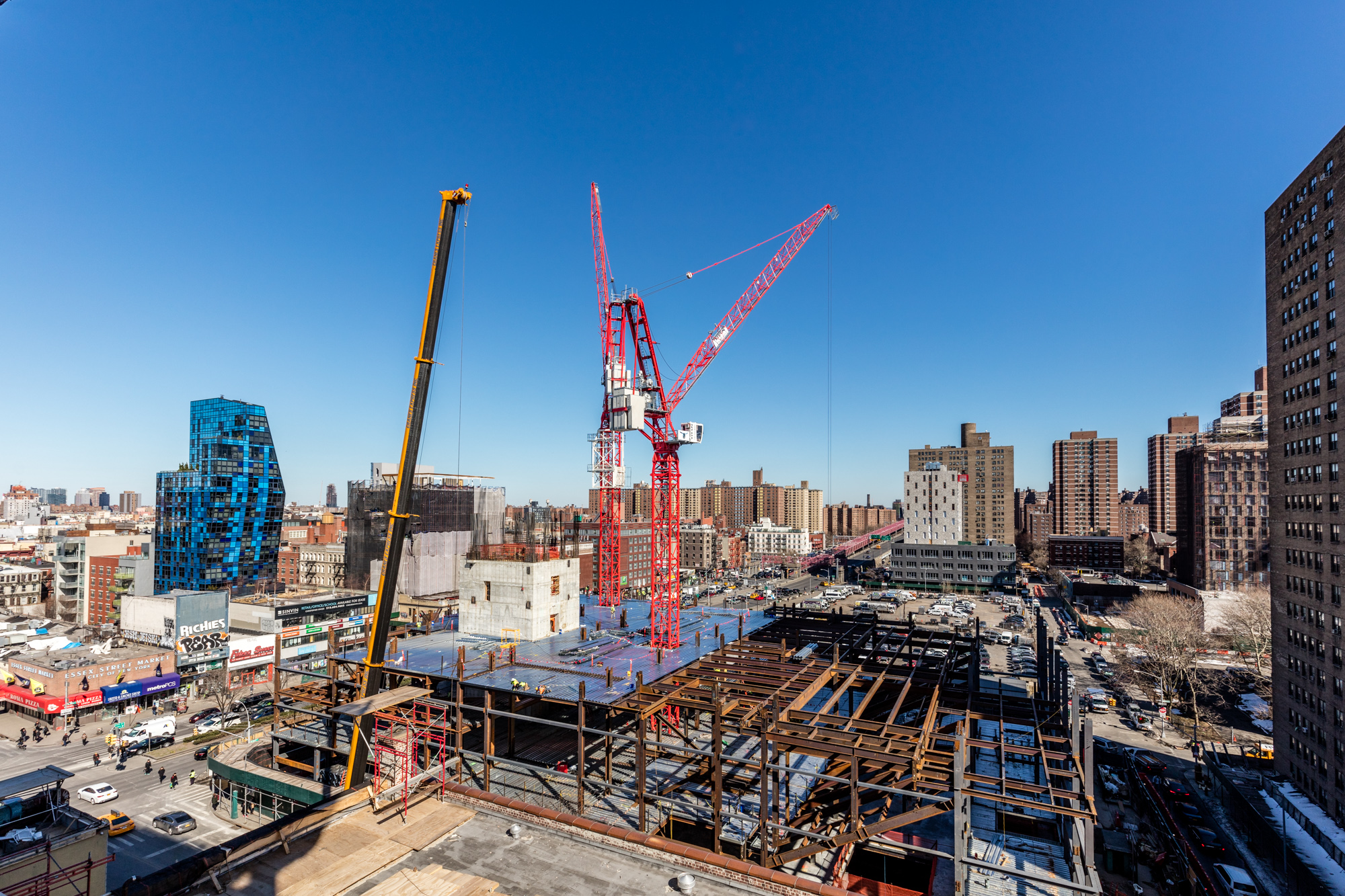 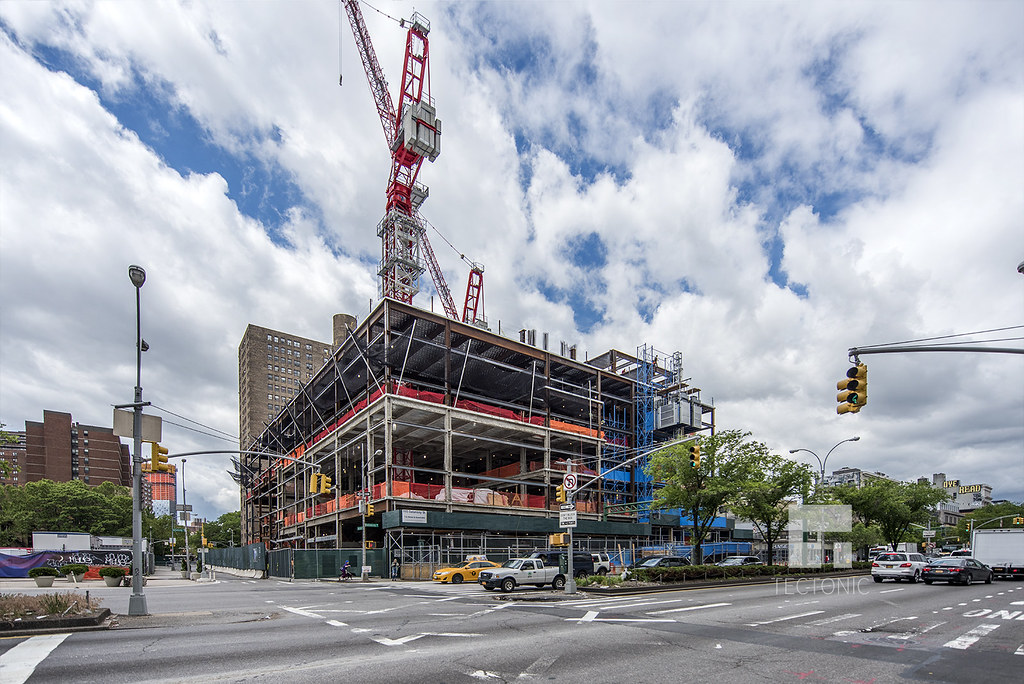 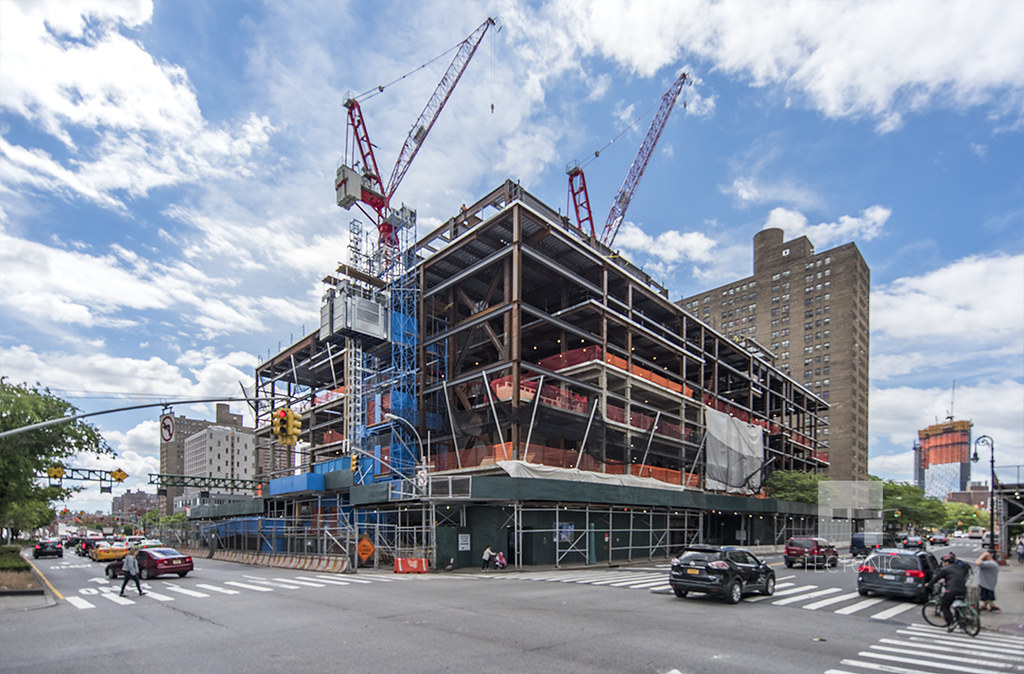 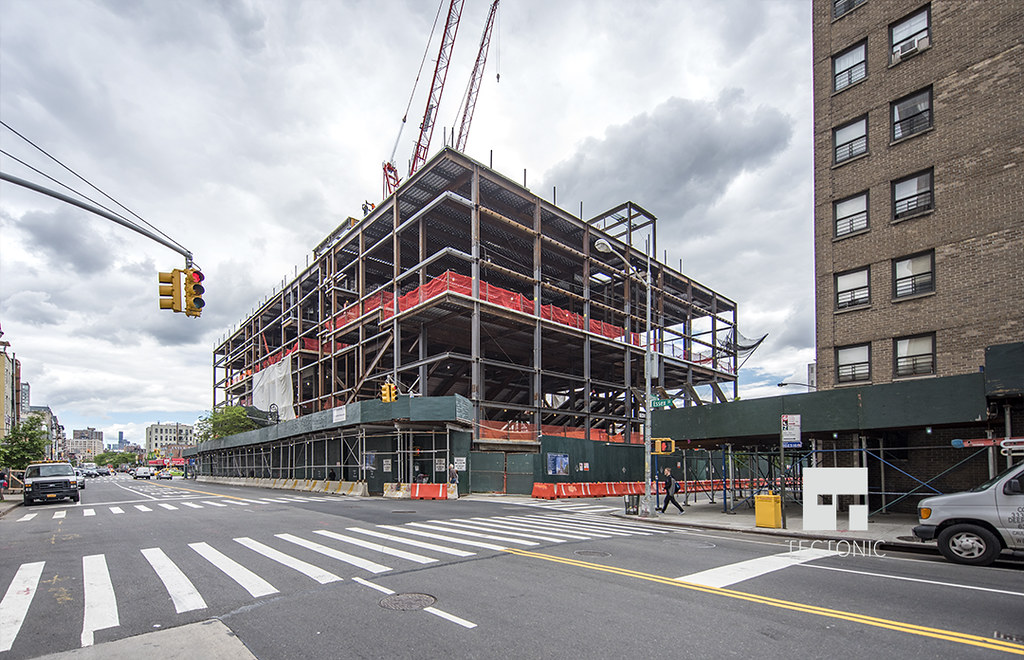 The facade on the podium is pretty gross so far.

After mostly sitting vacant since 1967, a six acre area of the Lower East Side has begun it's transformation into a mixed use development with nine building sites. Now known as Essex Crossing, the $1 billion development will include residential,... 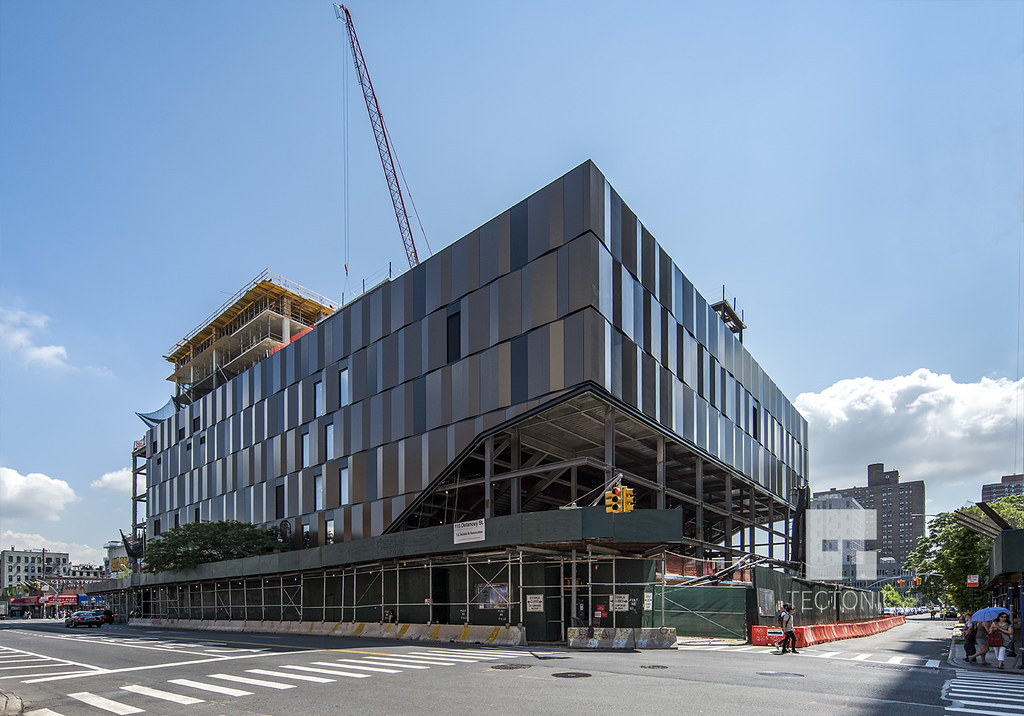 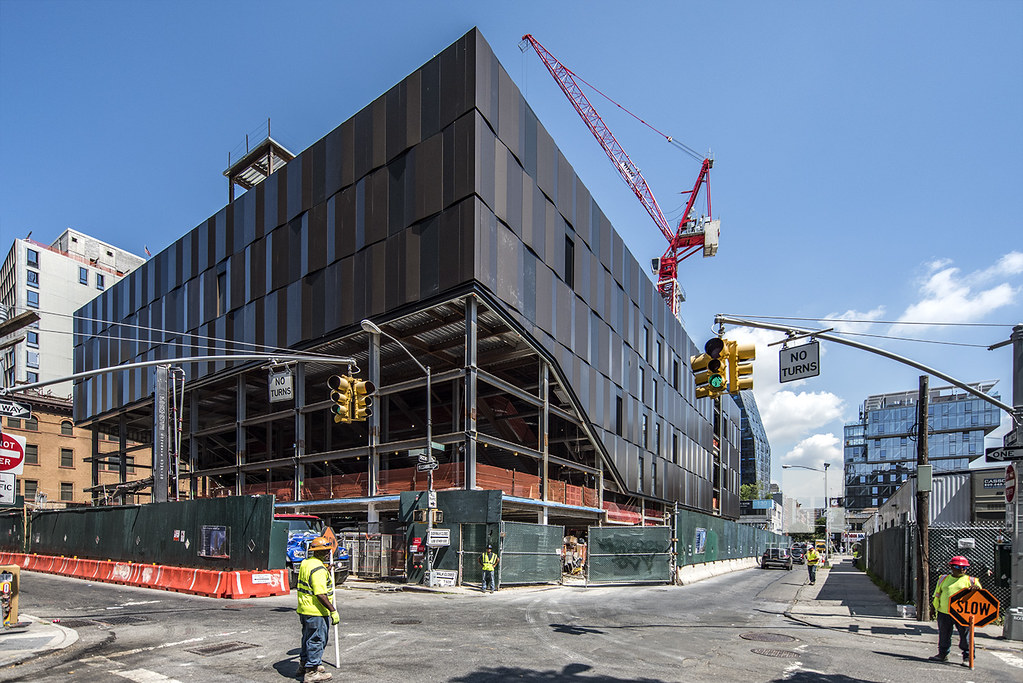 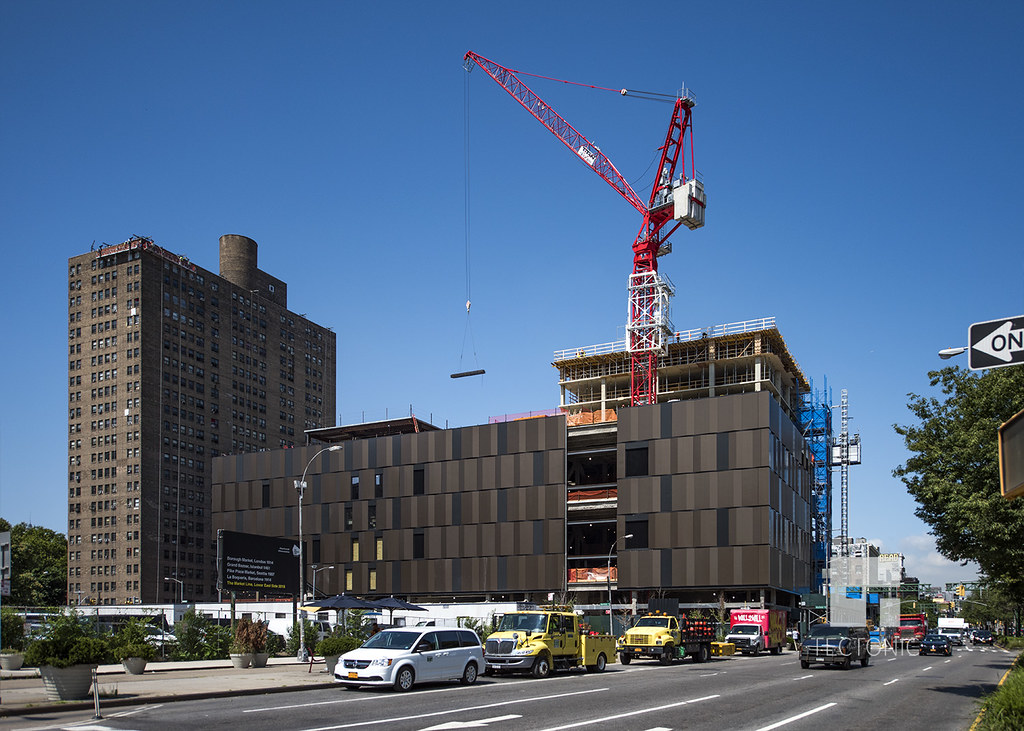