Existing buildings to be demolished – image from Google Maps

Medical development typically flies under the radar, but the scope of New York’s hospital boom is now becoming apparent; yet another expansion is underway, at 445 East 68th Street. Permits have been filed and approved for the demolition of an existing 12-story residential building, which will make way for a 15-story expansion of New York Presbyterian Hospital.

While the new building will only be 15 floors, it will stand 341 feet tall; the incorporation of ample light and space is crucial for modern medicine, as light is an effective tool for sterilization — and the patient experience will also improve.

NY Press reports that the development will be located on York Avenue, spanning the block between 68th and 69th Streets. Two buildings will be demolished to make way for the new structure, which was initially supposed to house both an ambulatory care center and a maternity hospital, totaling over 560,000 square feet.

DNA Info reports that while the ambulatory care center will still be built, the maternity portion has been put on-hold; the new structure will still contain the same amount of space, with the option to build-out the interiors of the maternity ward when funding is secured.

The Upper East Side is currently a hotbed for medical development; Memorial Sloan Kettering is building a 1.2 million square foot cancer center, while Cornell’s medical campus will be located nearby, on Roosevelt Island.

Completion of Presbyterian’s new facility is expected to take 42 months, and the new building should open by 2017. 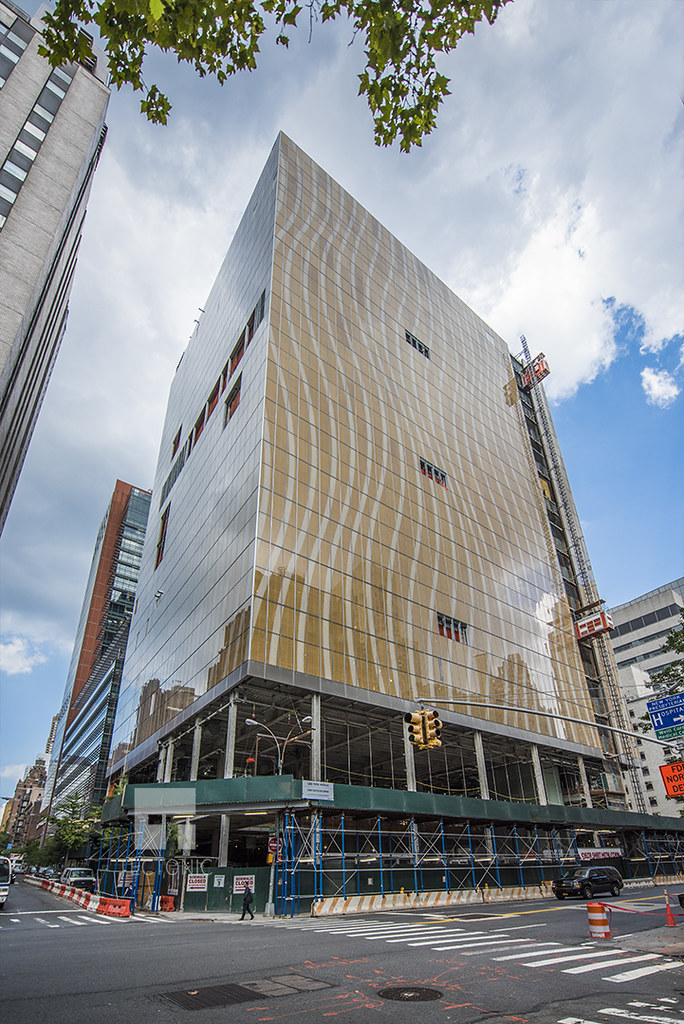 Looks extra dull on a glooomy day. In the sun it looks nicer although still wierd.