“In June of 2014, the city’s Board of Standards and Appeals (BSA) approved a variance for New York Methodist Hospital’s new eight-story, 500,000-square-foot Center for Community Health expansion at 515 6th Street, in Park Slope. A settlement between the hospital and Preserve Park Slope has since scaled the project down from seven to six stories, eliminating 28,000 square feet of medical space.” 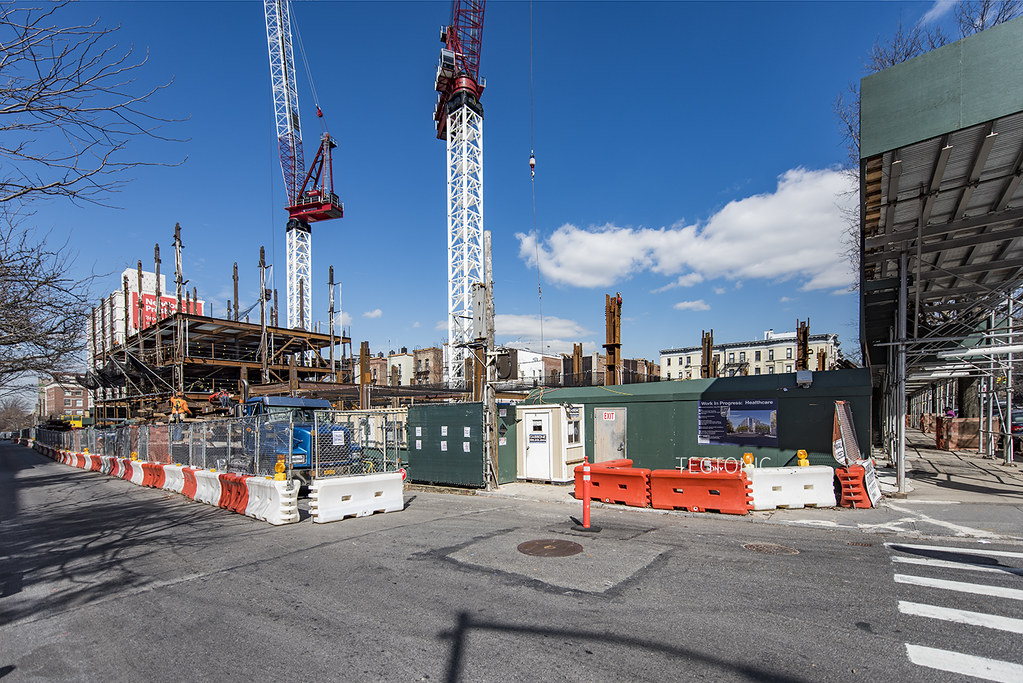 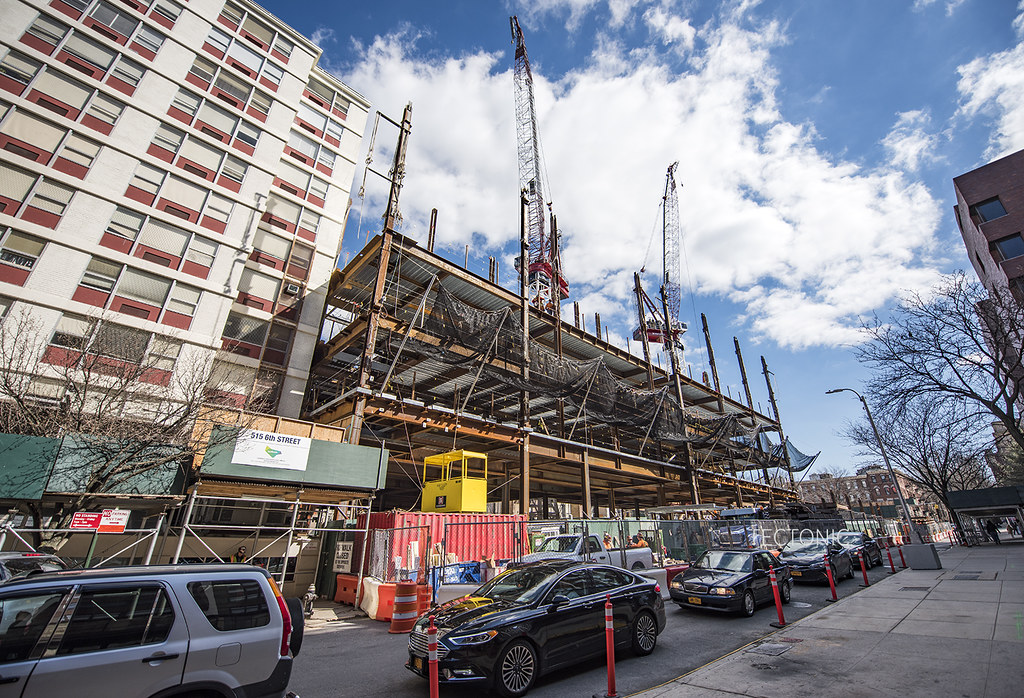 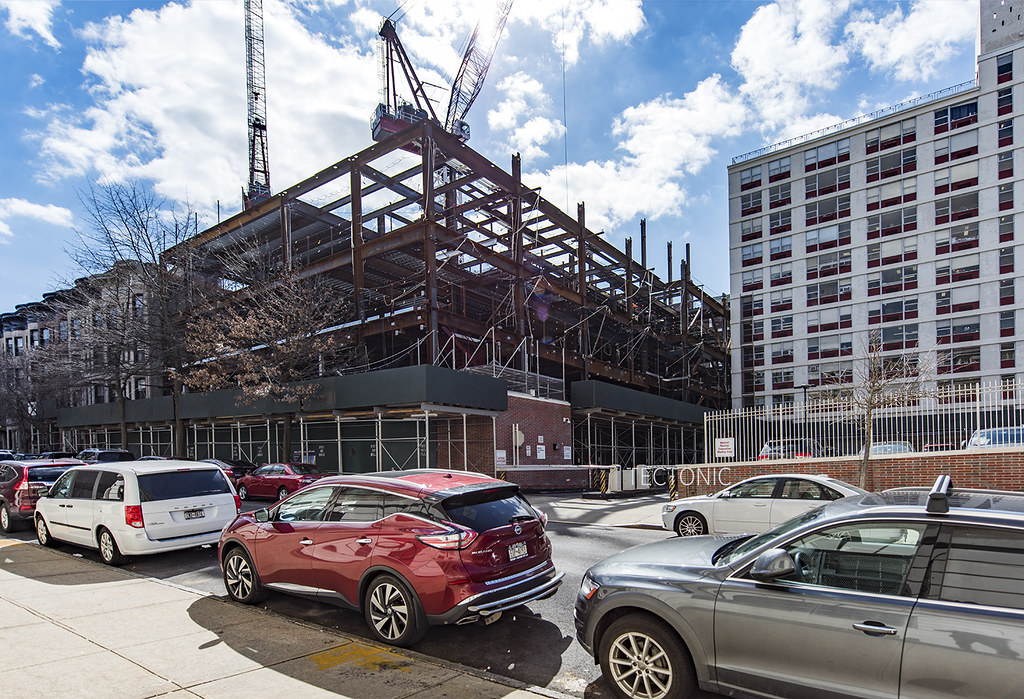 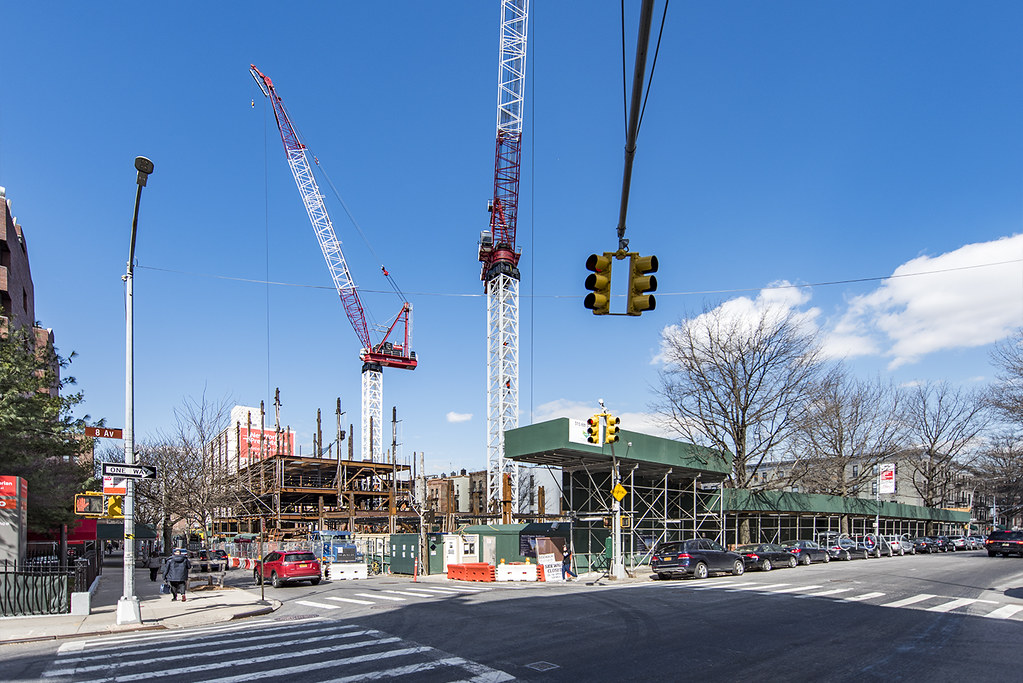 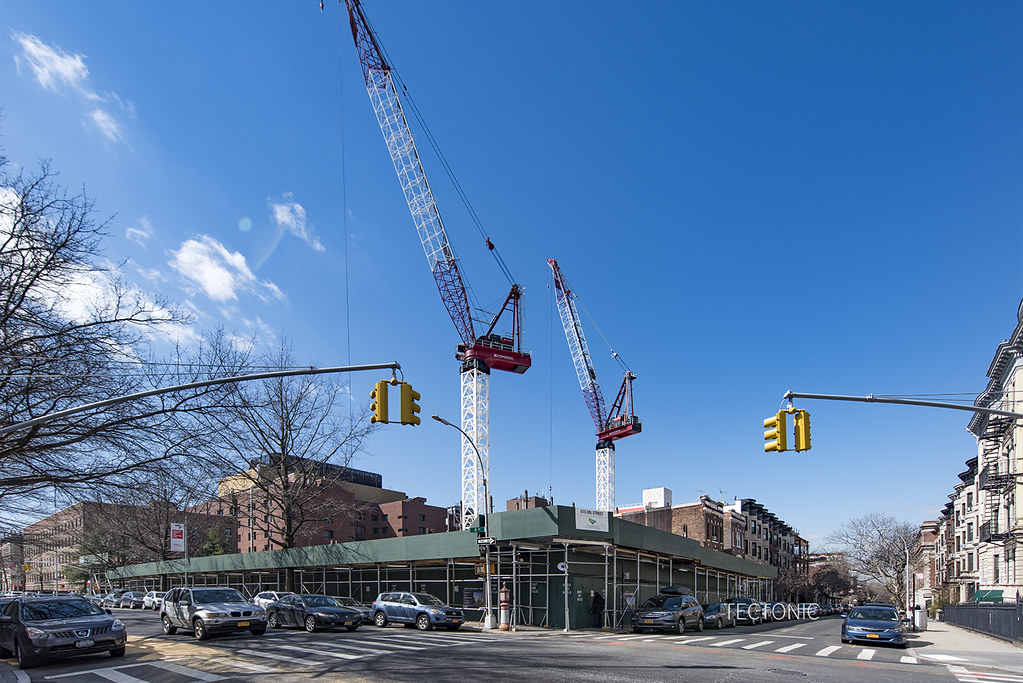 Forgot I had an update. JB’s got it.

The project topped out earlier in the summer. Precast facade installation began this week. 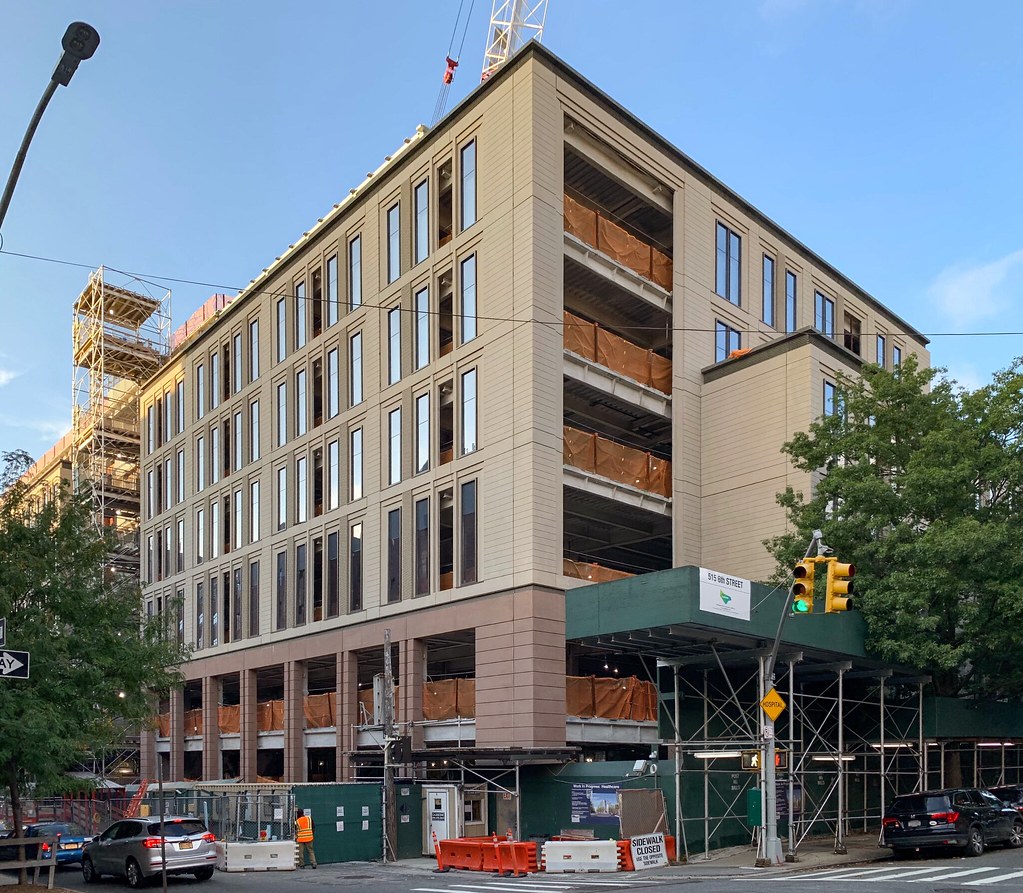 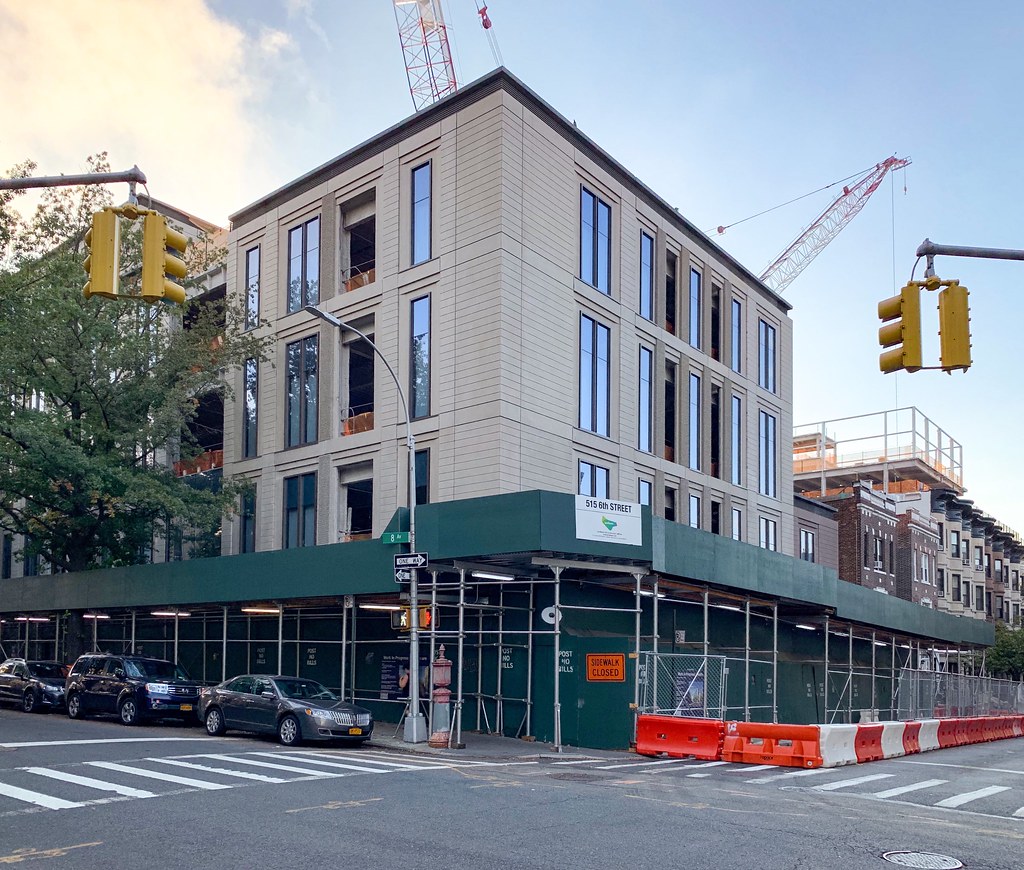 Interesting to see this taking shape and recall what was proposed.

Initially, they proposed something quite sheer and massive on the side facing the historic district:

Renderings Created by Preserve Park Slope based on careful study of the detailed elevations and floor plans submitted by NYM’s architects, or by compositing official renderings to scale with existing conditions. October, 2013 November, 2013 Spring,...

It went through a number of rounds of revisions, and as the result of a settlement with a community group, it was reduced in height:

Compare Images may take a few moments to load. Move slider left and right to cover and uncover.

Also as a result of the settlement, local preservation architects collaborated with the project architects to make contextual improvements to the facade:
http://www.preserveparkslope.org/design-team-results/