Upper East Side residents have so many real estate-related reasons to fume these days. If it’s not the waste transfer station, then it’s the rat army unleashed by the Second Avenue subway construction — to say nothing of the overcrowded trains that one tweeter described as “Mumbai with a Bronx attitude.”

Now, add to the list a proposed 750,000-square-foot hospital facility that won approval yesterday from the City Planning Commission for a “bulk variance,” allowing the behemoth proposal to go before a City Council vote, the final step before shovels are put in the ground.

The planned buildings would stand 450 and 340 feet tall along the FDR highway, and house an outpatient cancer center run by Memorial Sloan Kettering and medical school facilities for Hunter College, a division of the City University of New York.

While a price tag has not been floated for the 23-story complex, renderings on the Sloan-Kettering website show glassy cubes with tree-filled terraces along the East River.

But some residents say the neighborhood can’t handle the hulking buildings — and attendant traffic — and that other parts of the city need new medical facilities more than theirs.

“Hospitals are great, and there are a lot of communities that need new hospitals,” Andrew Moesel, head of Residents for Reasonable Development, a group of area residents opposed to the medical projects, told The Real Deal. “We don’t think this is the best place to put new hospitals.”

However, Memorial Sloan Kettering said it was only responding to the city’s 2011 request for proposals, which mandated a health care, educational or research facility be built on the block, at the FDR between East 73rd and East 74th streets.

The buildings require a variance that will allow the two institutions to rise considerably taller than the zoning currently allows — 60 feet according to City Planning’s website. At a commission hearing yesterday, City Planning unanimously approved the variance, with one abstention by a member who recused himself, a representative for Memorial Sloan Kettering said. A call to City Planning was not immediately returned.

The duo – Sloan Kettering and CUNY – won the bid to build on the site in September 2012, when Mayor Michael Bloomberg awarded the institutions the right to develop the space, currently a garage, at a press conference.

More than two years after Memorial Sloan Kettering Cancer Center said it had bought a huge Upper East Side site from the city for a new, high-rise medical complex, the hospital and its partner Hunter College have yet to close on the deal.
City and hospital officials said Monday they hoped the $226 million purchase would be completed soon. But until the sale by the Economic Development Corp. is final, the institutions can’t start constructing the controversial, 1.2 million square-foot, 450-foot tall project on the FDR Drive between East 73d and 74th streets.

The pause has given hope to neighborhood groups that sued to block the project over its size, claiming it was illegally approved by the city. But the reprieve might be short-lived.

A judge threw their case out in July. The activists’ lawyer, Albert K. Butzel, told us he plans to appeal the ruling “in the next four to six weeks.”

The hospital has finished demolishing a former sanitation facility at the site — leaving a vast, windswept lot on the eastern half of the block bounded by the FDR Drive, York Avenue and 73rd to 74th streets.

No work has begun on a foundation, although a number of applications are pending with the city Department of Buildings.

The EDC now says the purchase was “never announced” previously but rather only that it would “take place.”

However, a Sept. 12, 2012, press release issued by the cancer hospital stated, “Memorial Sloan Kettering purchased the property from the [EDC] in collaboration with Hunter College.”

…Asked to clarify why the property has yet to change hands, Sloan Kettering communications VP Christine Hickey said in an e-mail: “The project had to go through ULURP [Uniform Land Use Review Procedure] and CEQR [environmental review], which as you know takes time.

“Also, remediation was extensive. We are looking forward to begin construction once we close on the property.” 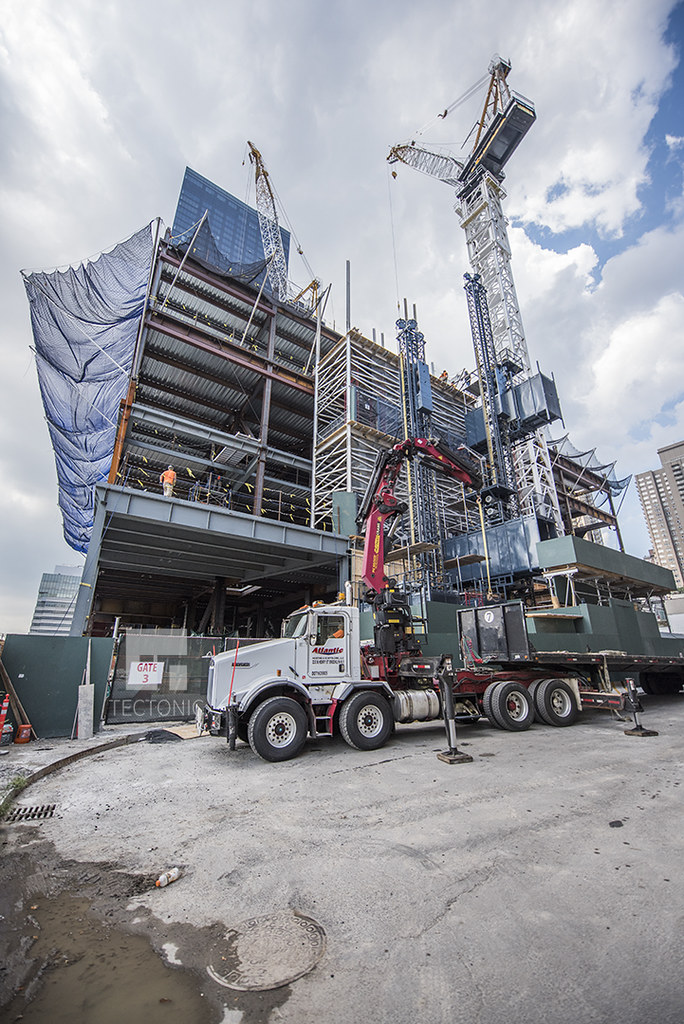 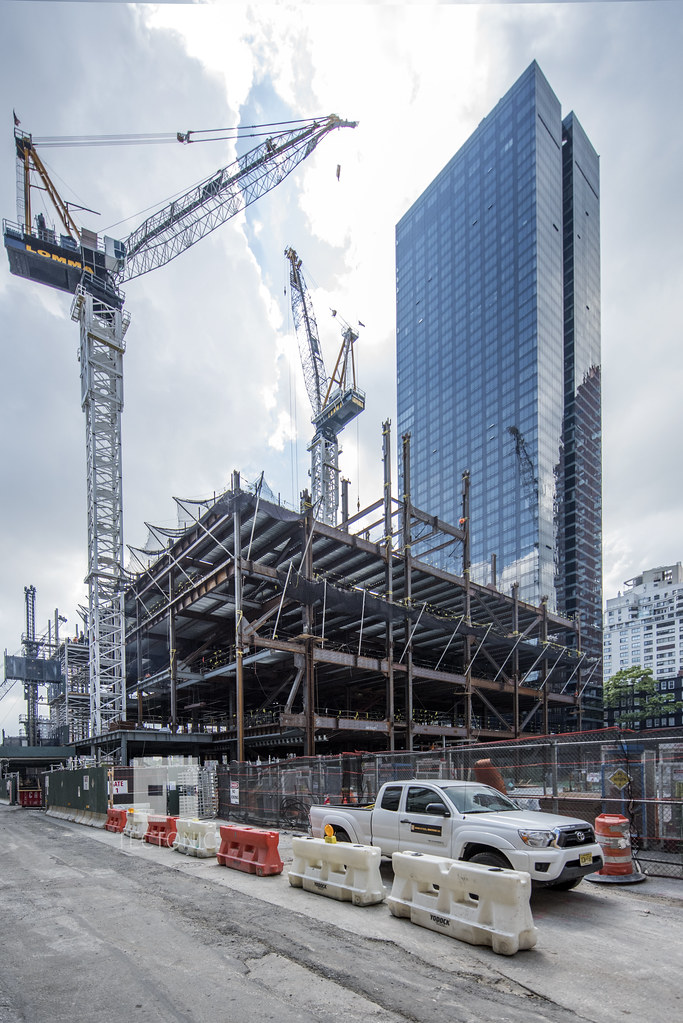 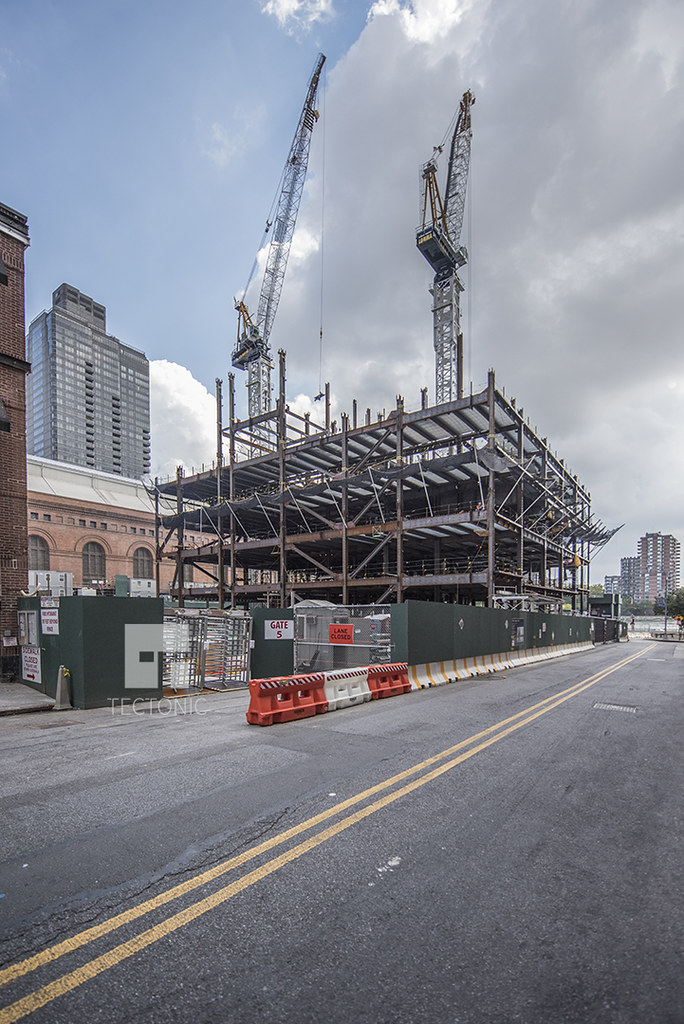 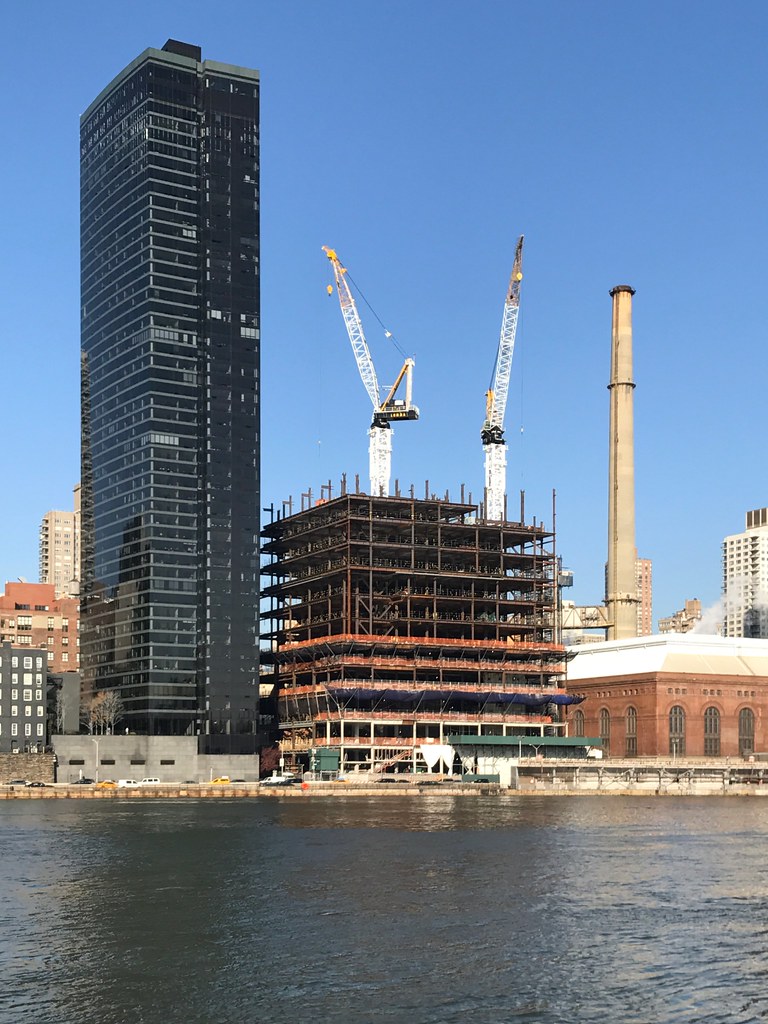 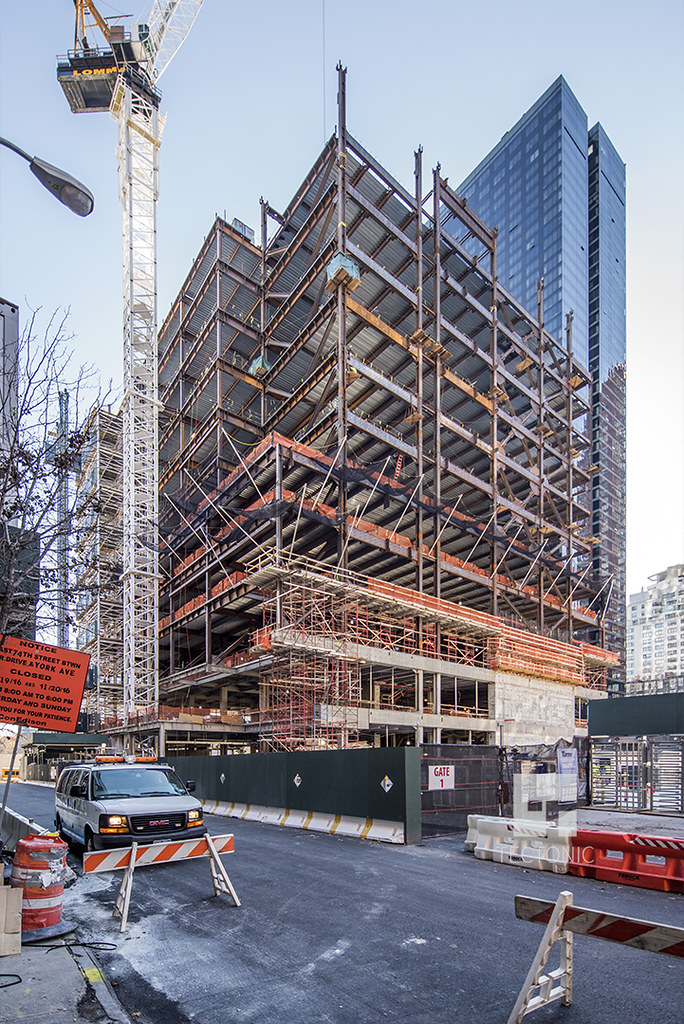 1/28. From the walkway along the east river. Construction is underway at the Koch Center for Cancer Care, which will feature two science and medical facilities sharing a single site on the Upper East Side waterfront. Memorial Sloan Kettering will offer outpatient treatment programs with its... 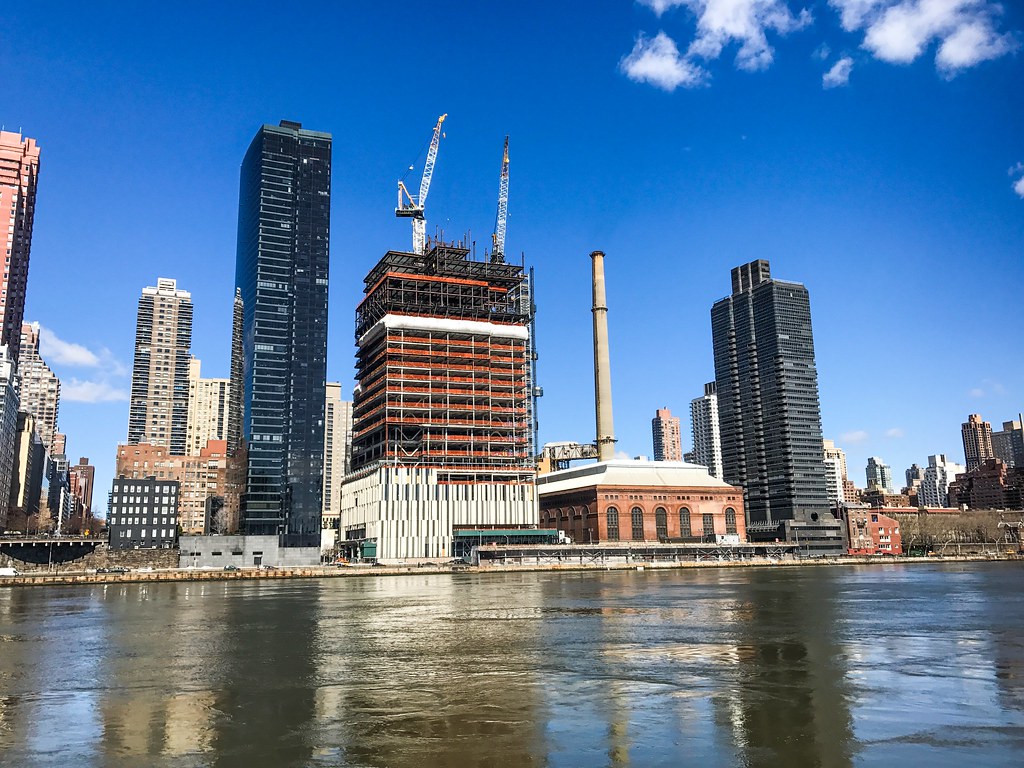 Pics by me from yesterday: 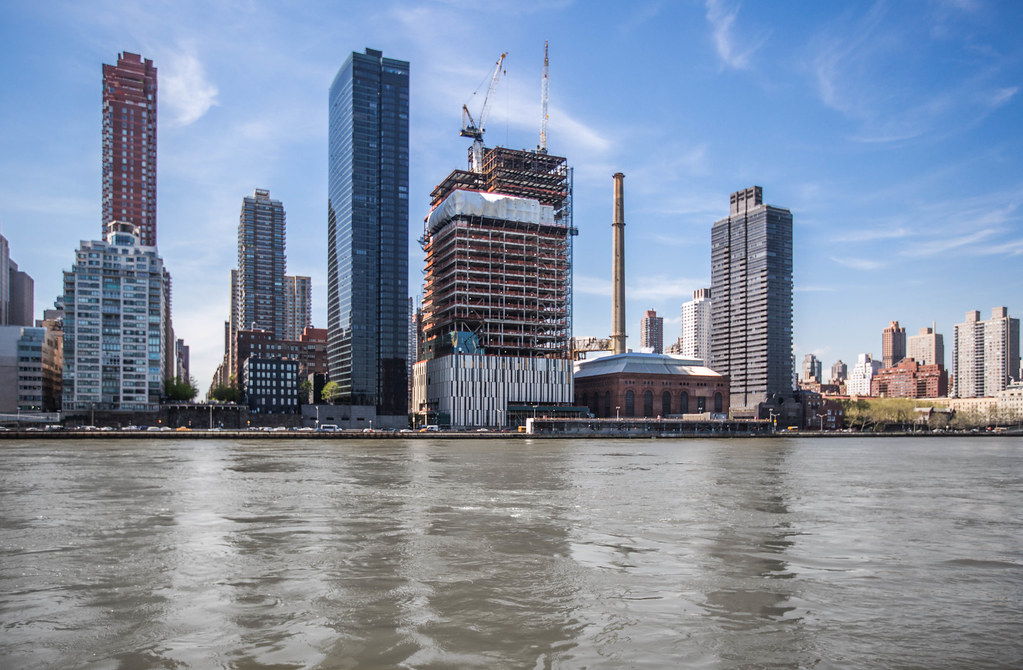 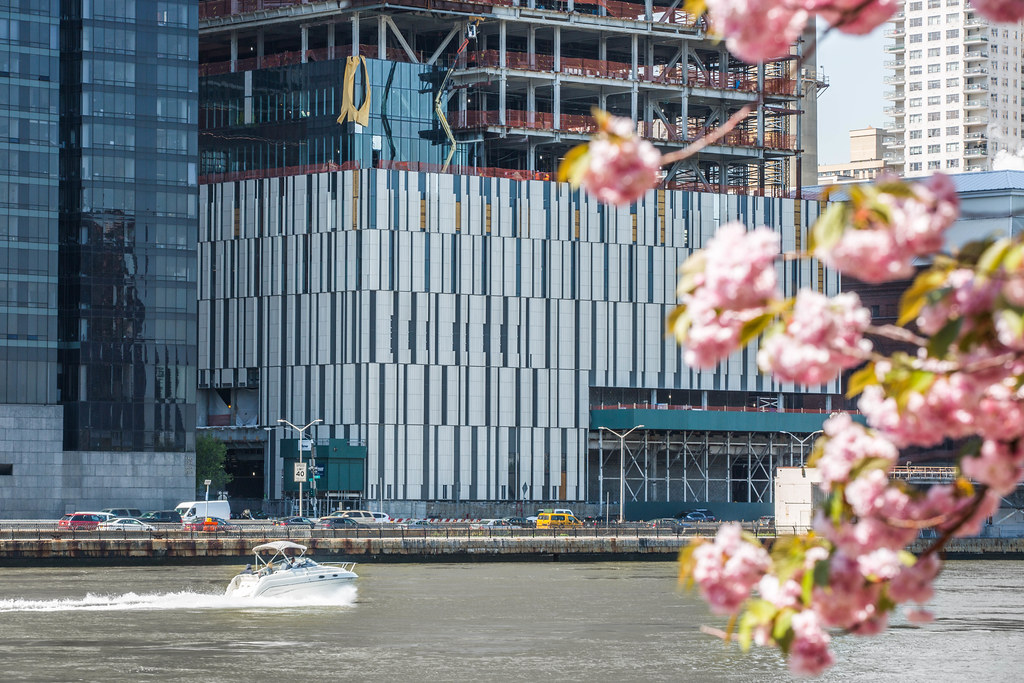 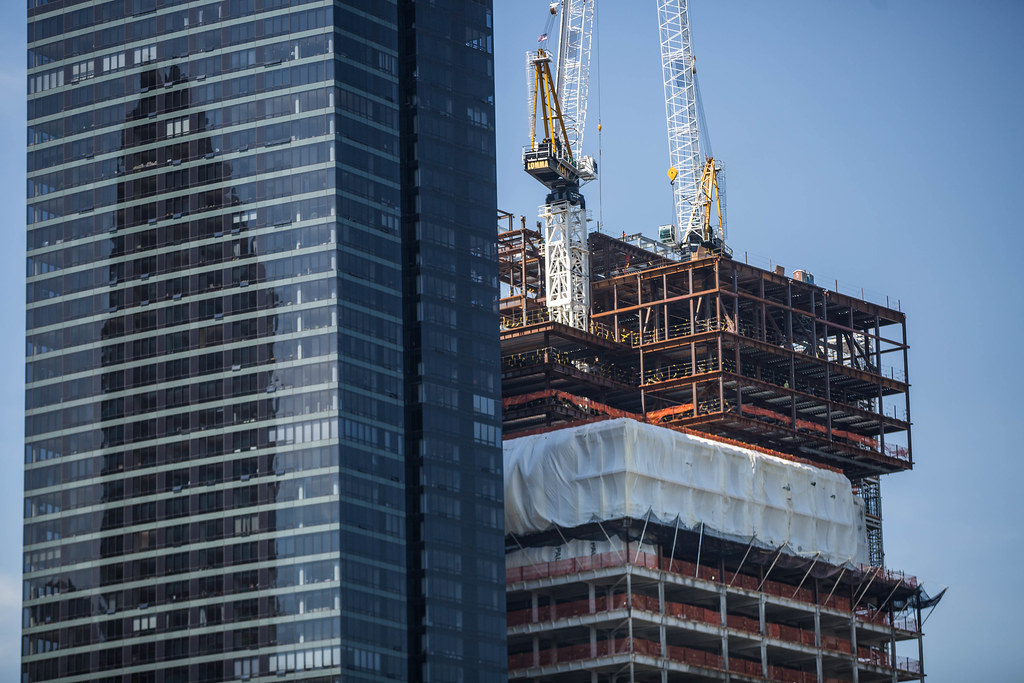 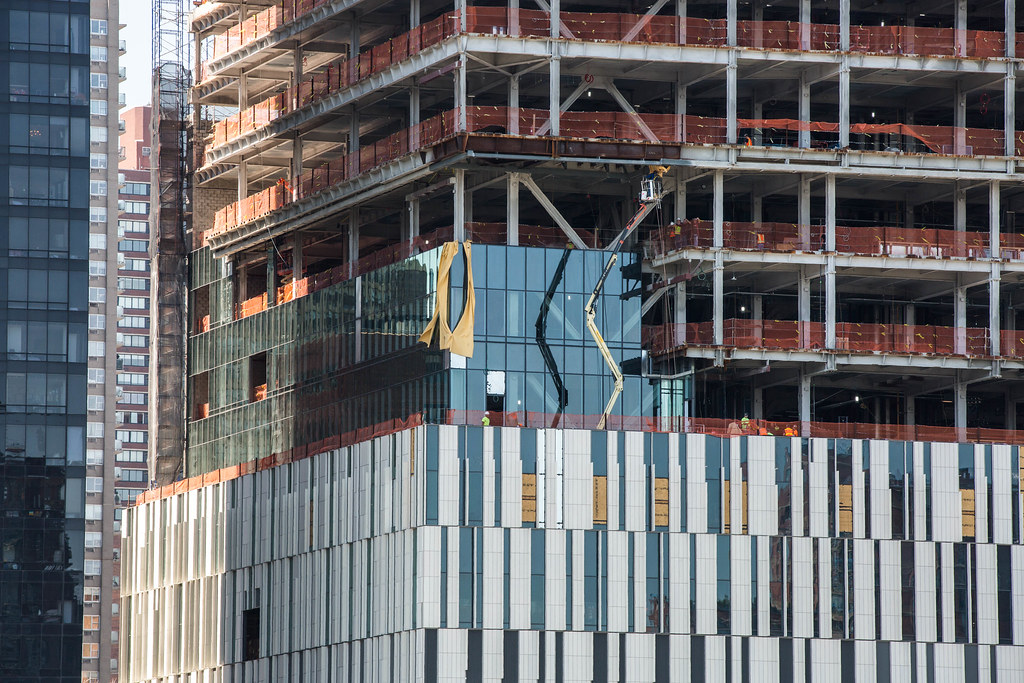 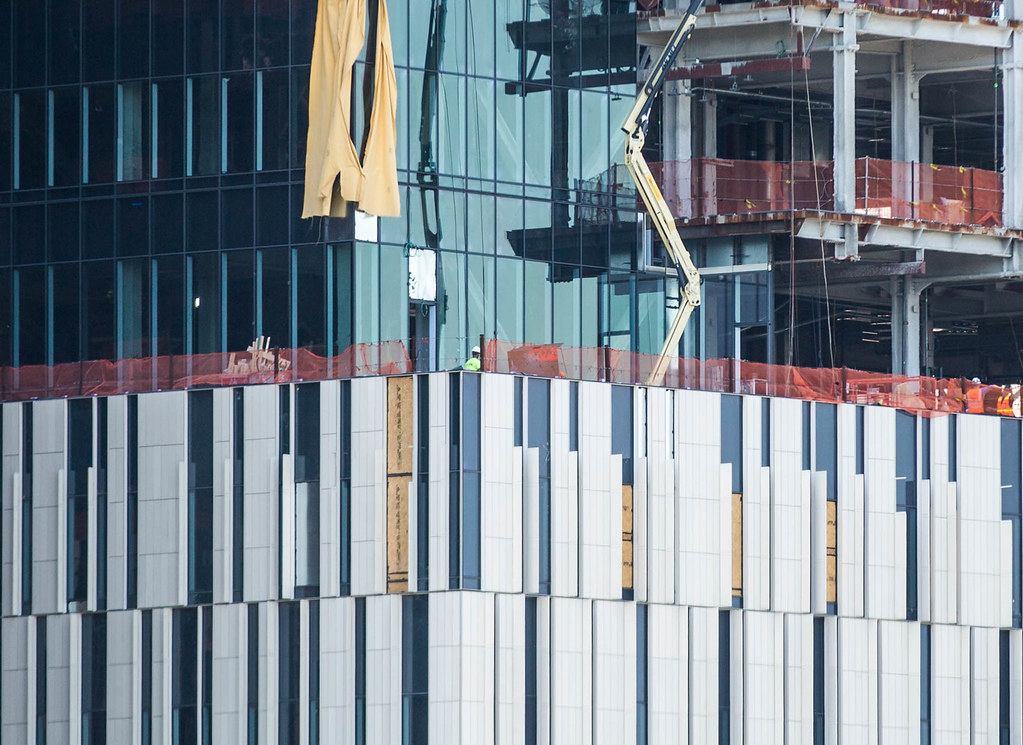 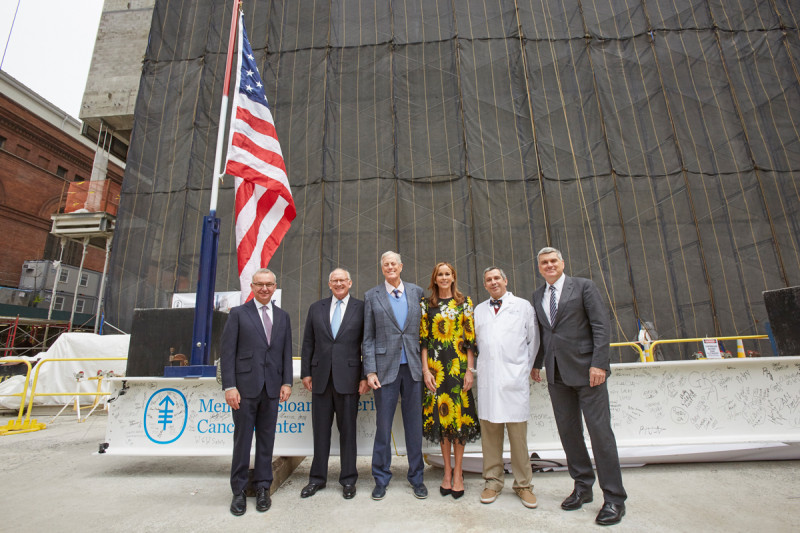 Memorial Sloan Kettering Cancer Center (MSK) executives, including longtime board member David Koch, along with construction workers and physicians will all gather today for a “topping off” ceremony to mark completion of the steel construction phase... 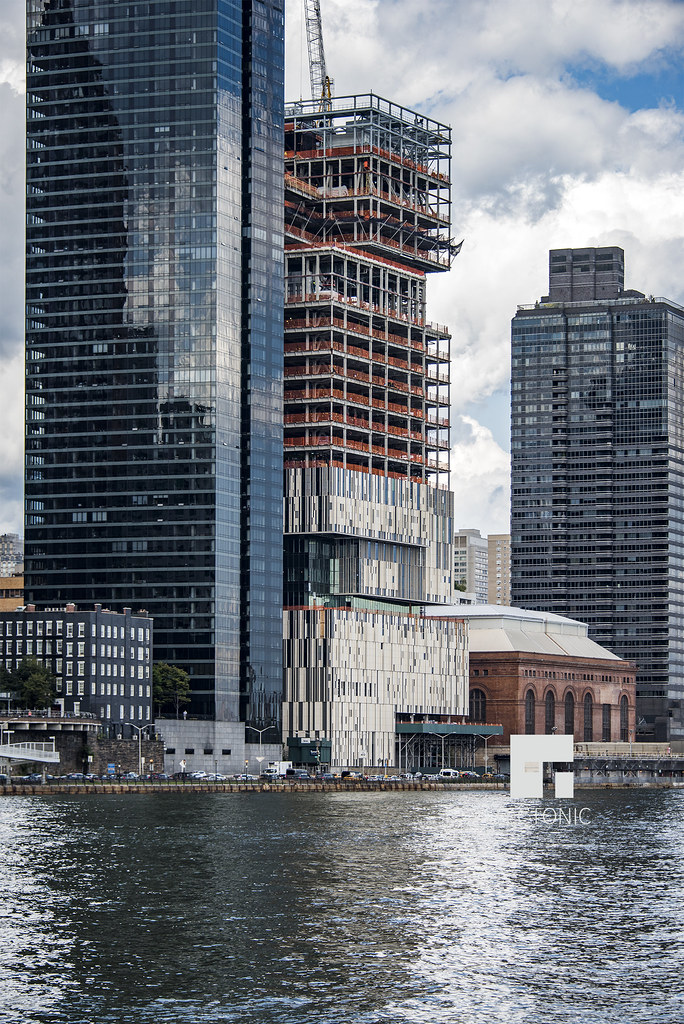 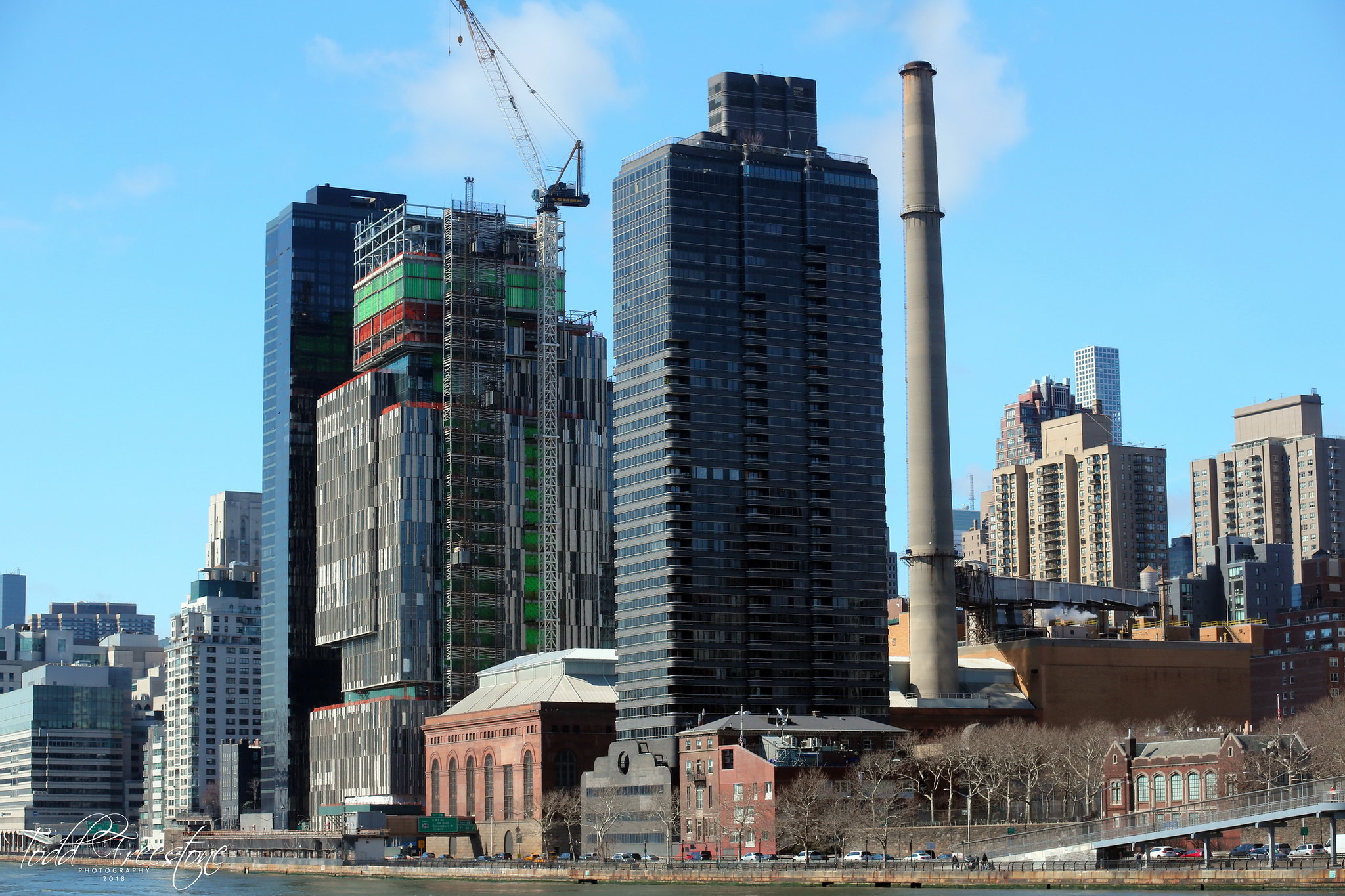 David Koch, a New York-Presbyterian board member, provided $100 million toward construction of the new outpatient center, which has 12 operating suites, six interventional radiology rooms and 11 endoscopic procedure rooms. One of its operating rooms will be dedicated to breast surgery.

By 2020 New York-Presbyterian will complete its Alexandra Cohen Hospital for Women and Newborns on the top five-and-a-half floors of the facility, which span 220,000 square feet and will include 75 private rooms and incubators and 60 neonatal intensive care incubators. That construction will cost an additional $300 million.

New York-Presbyterian said it will use technology to improve the patient experience and flow at the Koch Center first by allowing patients to complete paperwork remotely on their mobile phone or online before their visit. They will also be given smartbands to enter the building, get directions to their room and receive certain information. Patients undergoing a procedure will have private prep and recovery rooms.They can also get discharge instructions, test results and video follow-up appointments through the health system’s app.

I think this article is about 1299 York. Can we move this?