Considering I have nowhere to post this, I thought I’d start here considering this is a well made and efficient forum.

I started this on August 26, 2017 on Xbox Edition and currently have near 400 buildings done.

It started with the Singer Building alone; the most previous building I added was the Royal Bank of Canada, 68 William St.

Made on the new money grabber version of Minecraft, on xbox.

Amazing work so far, please continue to post more as you make more progress. I also do Minecraft builds but it’s just mostly building concepts I think of. It’s so fun to work on things like this inside of Minecraft.

Incredible work and attention to detail! This is really amazing. Thanks for sharing!

First update, coming in a bit faster than I expected.

80 Maiden Lane was slightly fixed, and the streets next to the German American Building will soon be accessible.

Also thanks to you guys for support. I don’t plan to give this up anytime soon thankfully.

I’m happy you decided to create a thread about this work. You’re doing great!

Added the Queen Insurance Building at Cedar and William. Stood from 1897 to 1956.

Update again. It’s been a month since last, I’ll be posting about my updates more since school is out after exams in about 2-3 weeks.

Added a Public School Building, diner and tenement on the site of 85 West Street (the fugly marriott)

Added the block bordered by Carlisle, Washington, Rector and Greenwich. Buildings on the corner are under demolition for a parking garage. Also
added 19 Rector Street, 1930.

The southern of the two blocks that were replaced by the Deutsche Bank Building. Almost all facades on the block are done, the rear walls and interiors are underway.

Equitable Building on Broad is underway as well.

The other block in progress is northeast of the Battery Tunnel, contains 7 tenements. The tunnel will probably be in progress in a few weeks.

Great job!
Sad thing that the Trinity Court Building was demolished two years ago, it was so beautiful

Agreed. Of course the replacement design chosen was the most generic. I only got to see it when it was already covered in scaffolding sadly

Update; we now have 465 buildings.

I’m working in the tunnel area, so this poses a question.

I have five buildings (4 and a thing?) I need to make so I’d like to get anyones opinion on what I should do first and in what order.

Here are the five;

image.jpg1024×684 335 KB
Thankfully the year is 1954; I will not be adding the Battery Garage annex(white one that extends OVER the exit) or the black monstrocity that squats between the Whitehall and DAC buildings.

However it’s up to any of you to decide what should come first, last and between.

Added the Atlantic Mutual Building and 37 Wall Street; also the recently demolished Syms Building, 67 Greenwich Street, and 26 West, which stood until 1955 where the uglier Battery Garage is now.

I’m trying to get done with the block bounded by Wall, William, Exchange and Broad. The two Atlantic Buildings are done, and 37 Wall is too. I need to complete the Equitable Trust Building, then all that is left is the old 45 Wall Street, the House of Morgan, and the other one on the back of the block.

Yo Bro, It’s BookishAlarm11 from Xbox, I actually started a 1:1 scale Midtown Manhattan Project if you’d like to check it out search (Minecraft Project: Midtown Manhattan 1:1 Scale on Xbox One) I started at 30th And Park, and its coming along nicely. but other than that, your work is amazing and I hope it gets more acknowledgement and recognition. take care

Update:
I’m thinking of maybe changing the map year to sometime in the sixties so I can have the greatest old
buildings still, but blended well with the new ones.

These are the ideas I have: 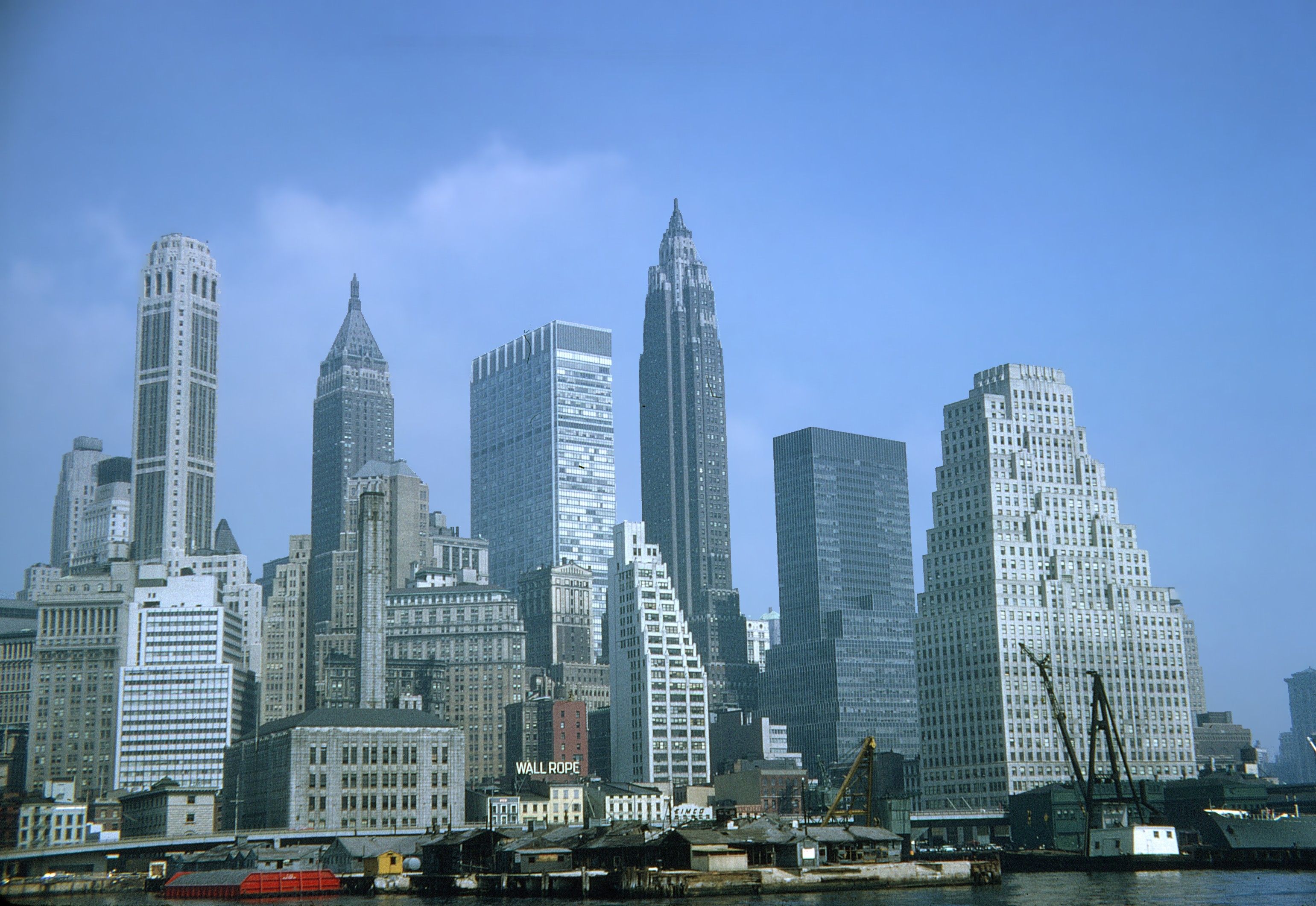 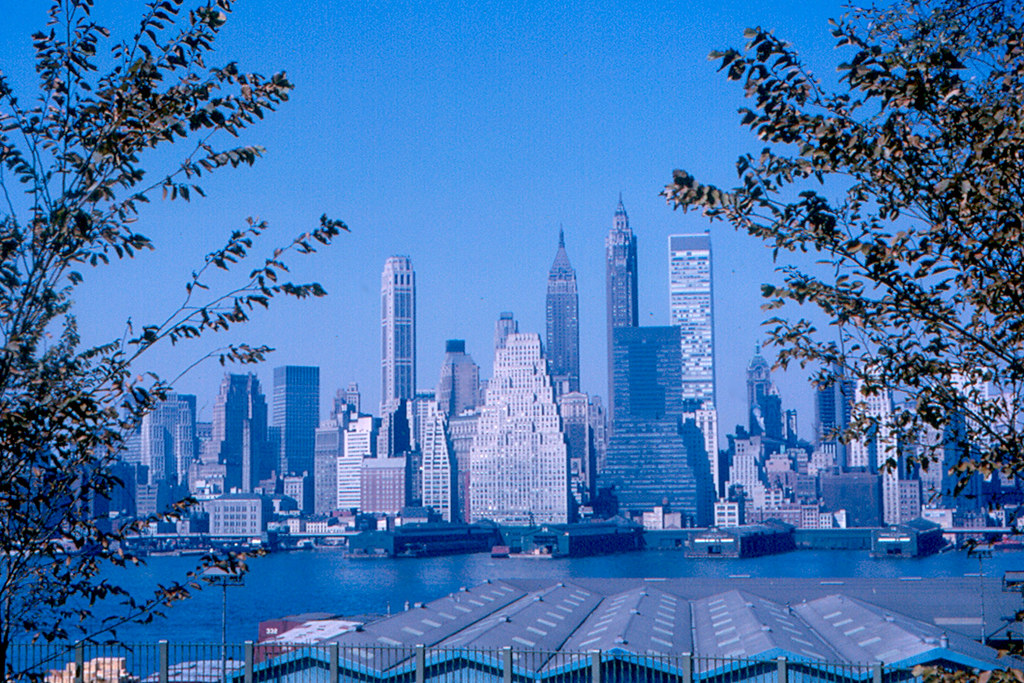 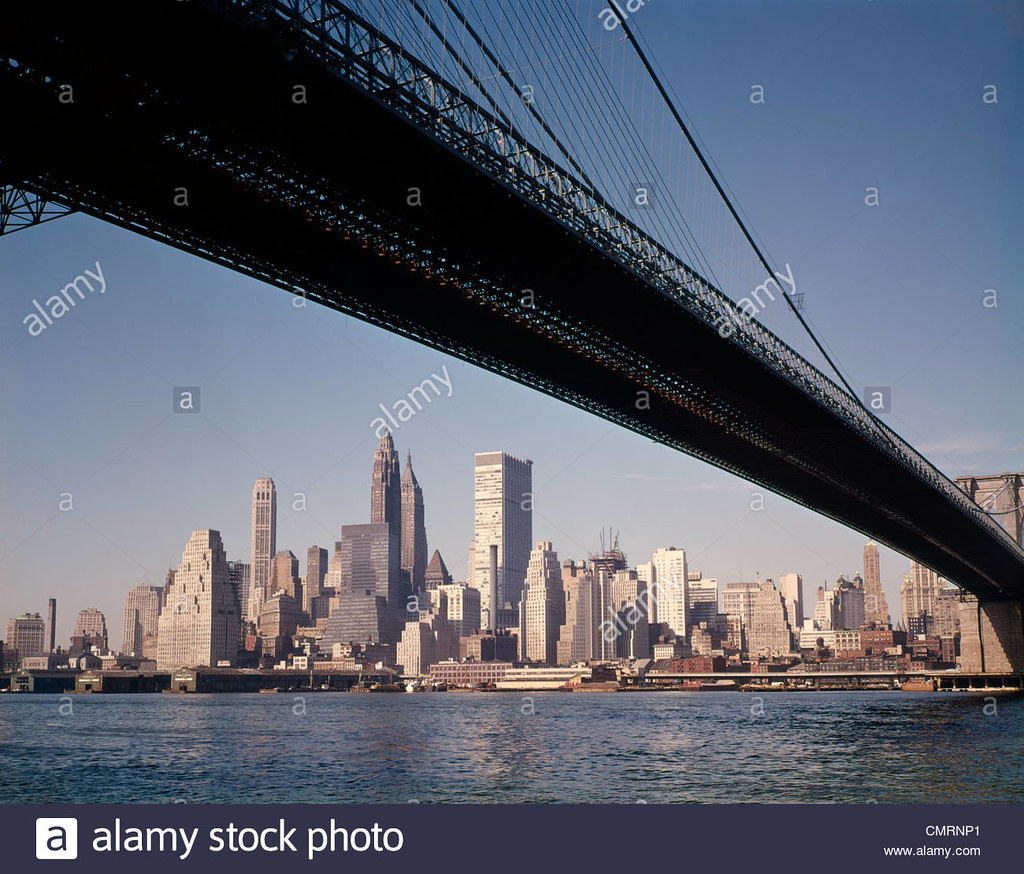 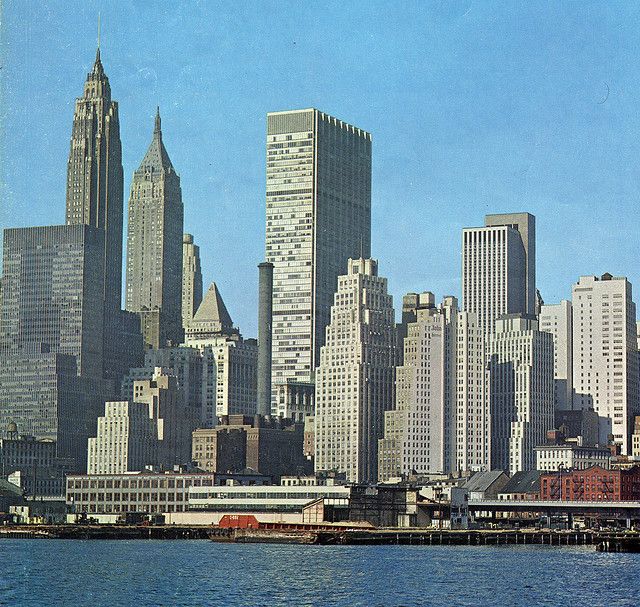 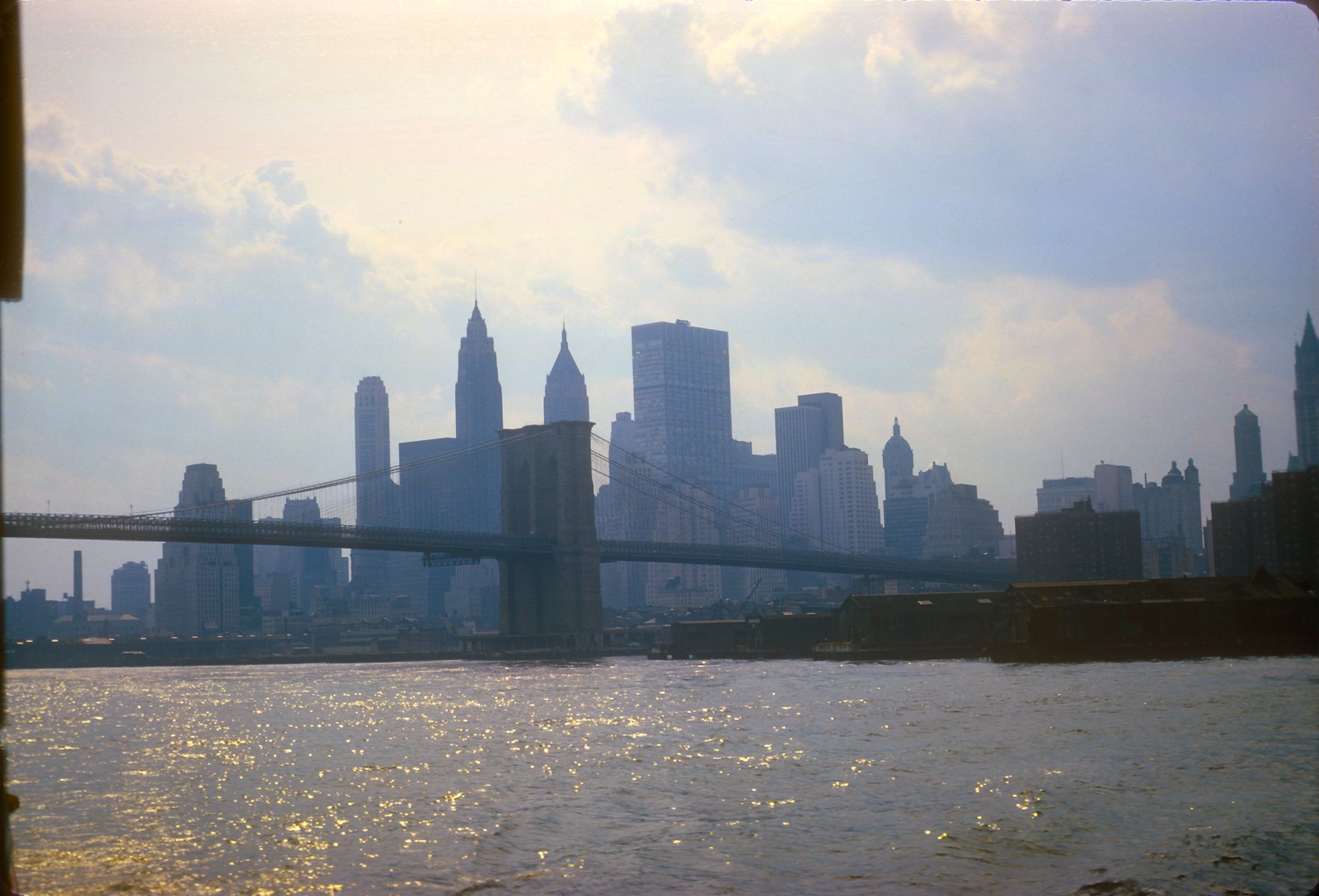 I’m struggling over a decision, so I’d like to hear anyone’s opinion if you’re up for it.

I say go to 1968 right before they demolished the Singer Building. You’ll even get to build the original Trade Center under construction!

I was thinking of doing that for a time, but I realized that by that point most of downtown turned into a cold desert as 1967 approached: (you can see some empty land here but most happened up against the Brooklyn Bridge or north of the WTC)

Good thought though. Last night we planned to make the year 1966 for the Marine Midland Building to exist, but realized it would cost quite a few structures, so I’ll probably turn the year to '64 or '65.

Here’s a few photos of the experience:

So still I’m struggling over a decent year… If I pick one, I get something great but miss out on another thing. Everyone I ask says something different, so my new plan is this:

Here are three progressive photos showing three areas I have so far that show the most change from 1962-66. I’d like for any observers to pick the better year for each block, and I will add up votes.
Each of these photos can be viewed in high resolution and full size.

I am also obligated to say that the Home Insurance Building, not shown above, was completed in early 1965…
(one I kinda wanted to have for a while)

I’m still stuck behind this need for a better option, and I need help choosing.

65 was probably the best year, good mix of old and new. And the new didn’t overwhelm the waterfront.

Well, all in all the votes on the years tied up with each other. The more I look back, the more I miss the year of the map being 1954. There are a lot of treasures I had that I now miss: 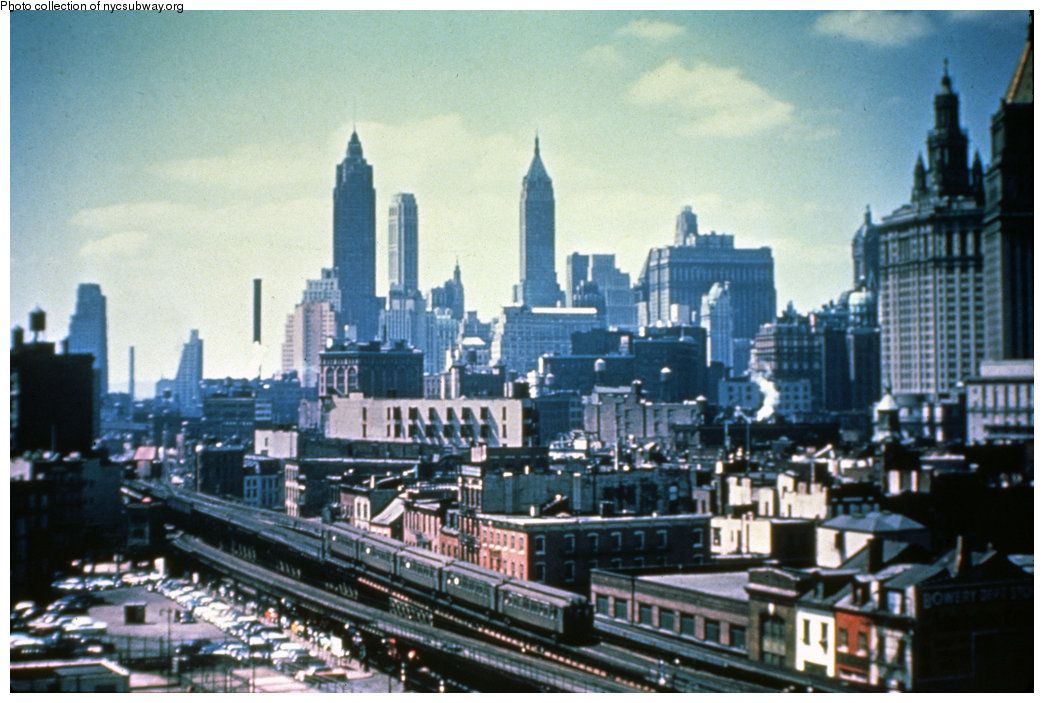 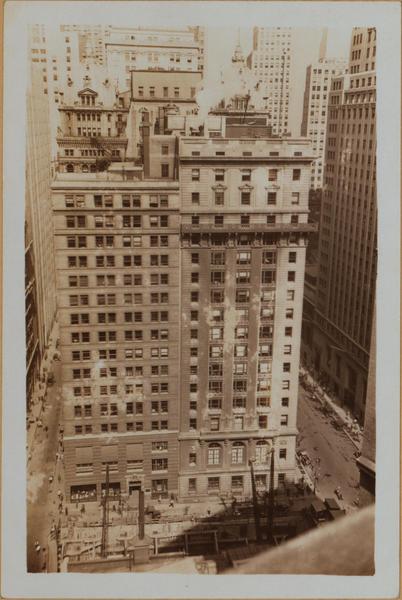 and most of all, the skyline: 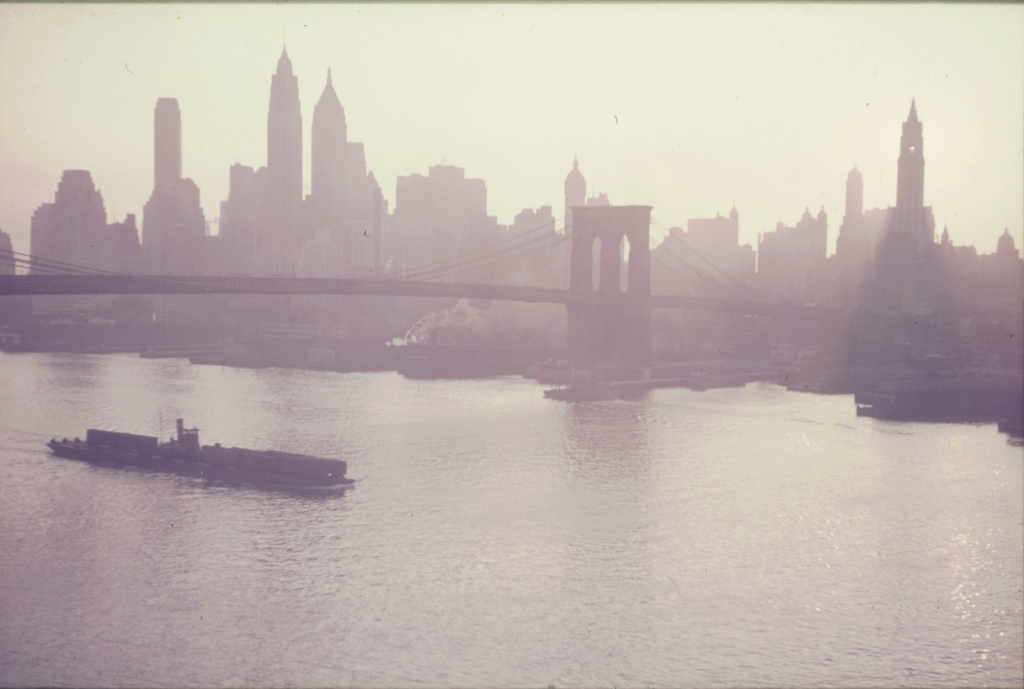 I’ll be coming up on 500 buildings after the return: 500 will be Trinity Church.