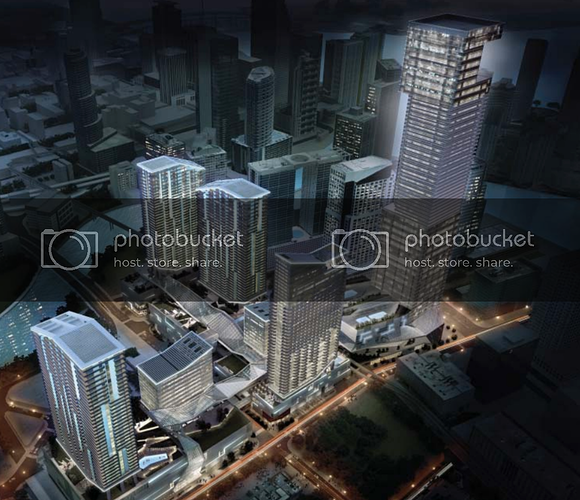 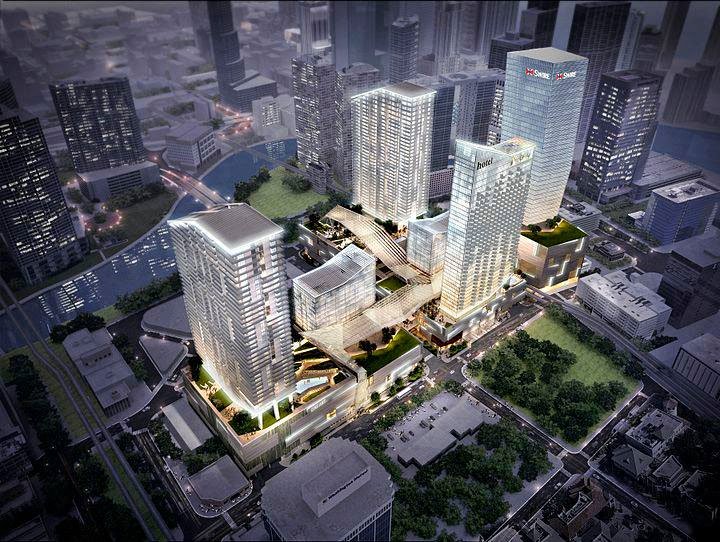 720×542 118 KB
Note: This project will occur in phases. With the supertall occurring in phase 2. Phase 1 is currently under construction.This thread merges several towers along with my other mega development projects as they are all part of the bigger picture. For sake of organization and neatness.

Brickell City Centre is a landmark $1.5 billion, 5.4 million square feet, mixed-use development in downtown Miami from Swire Properties Inc, one of South Florida’s leading international developers of real estate known for its $1 billion master-planned development of Brickell Key. The project’s first phase includes a luxury shopping center, two residential towers, a hotel with serviced apartments, a wellness center and a Class A office building. The project is LEED®-registered for Neighborhood Development – currently one of the largest in the U.S. Sustainability elements include the exclusive CLIMATE RIBBON™, and elevated trellis composed of steel, fabric and a continuous surface of glass that will connect all components of the development and create a comfortable microclimate for shoppers. As the largest private-sector project currently under construction in Miami, Brickell City Centre began vertical construction in 2013 and the first phase of completion is scheduled for the end of 2015. A second phase of construction will begin in the first quarter of 2016. 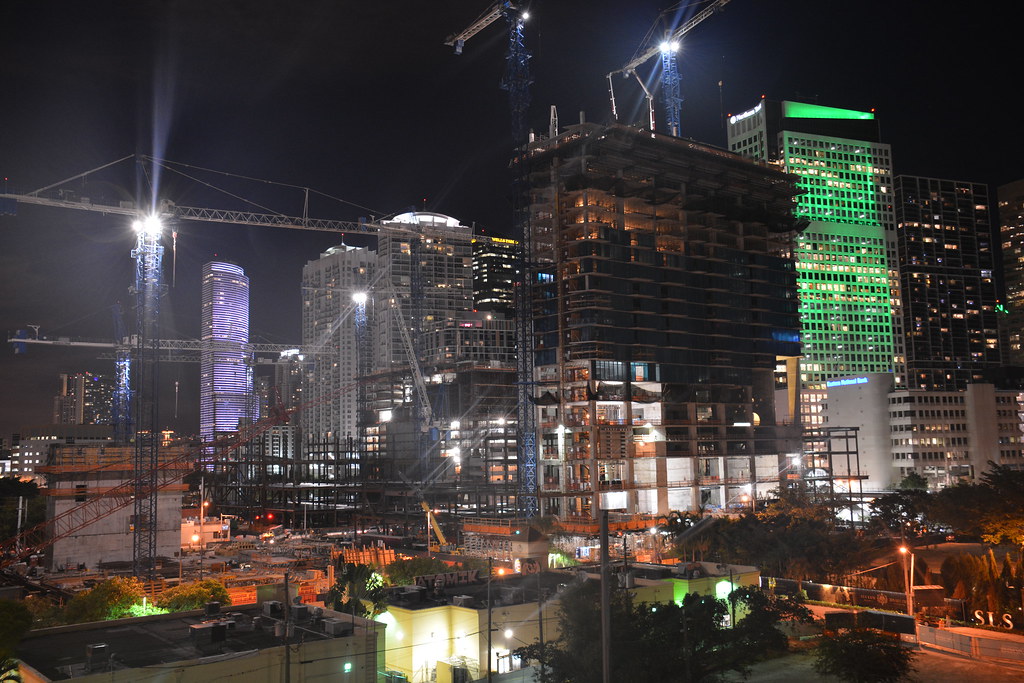 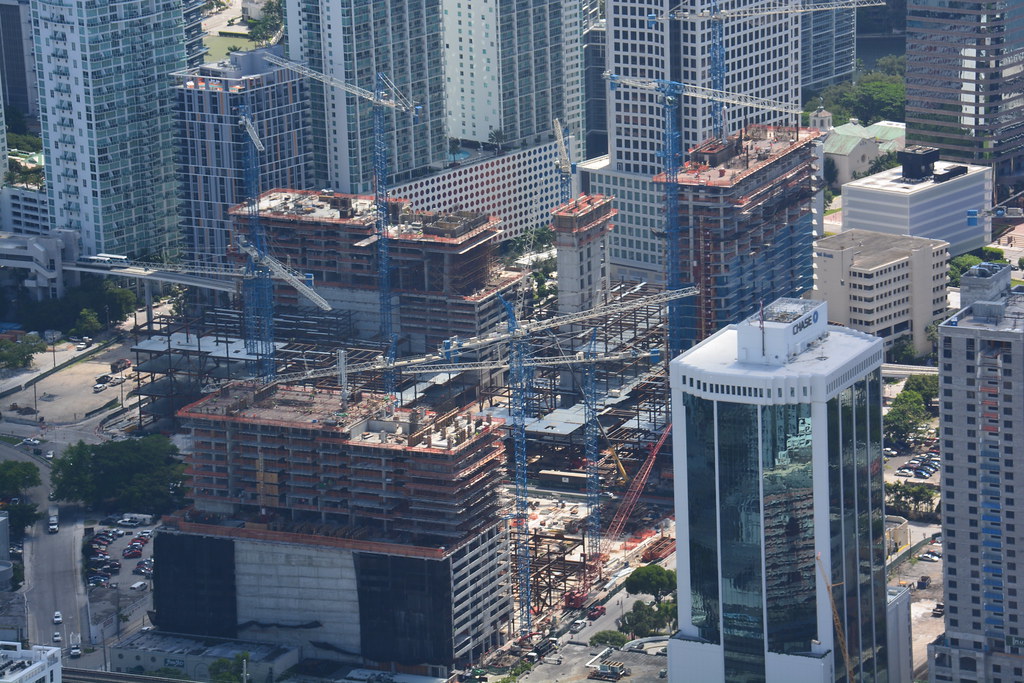 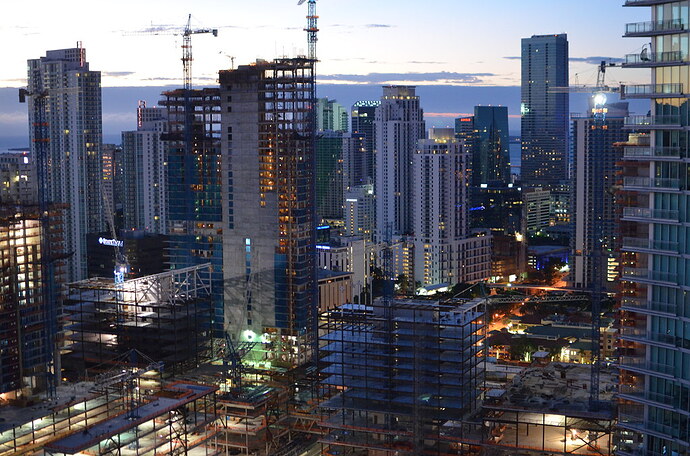 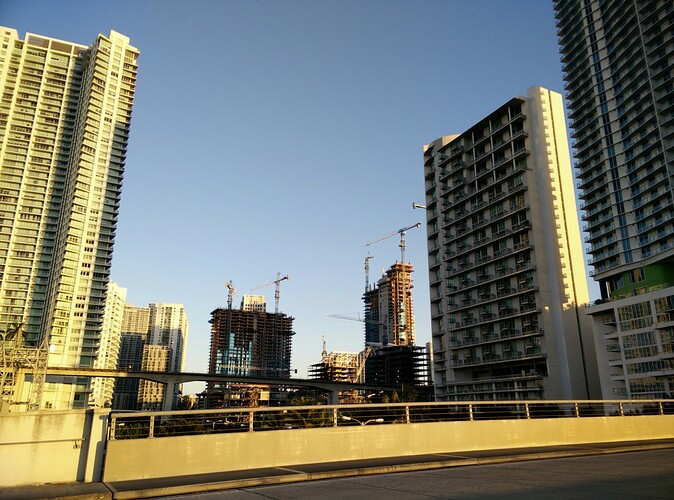 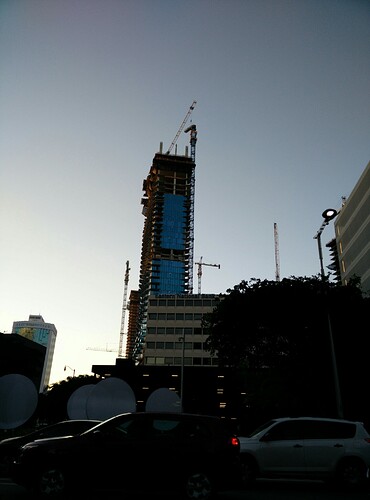 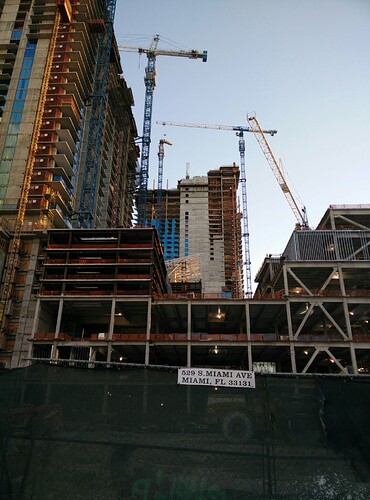 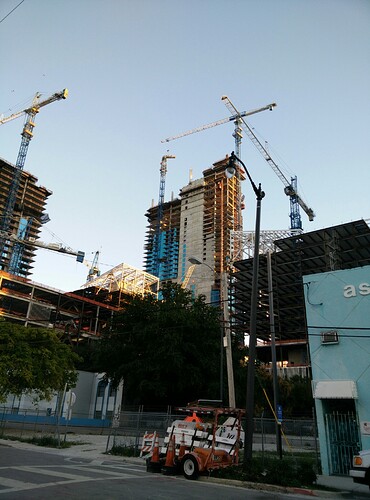 The first tower at Brickell City Centre is now topped off, and crews are already in the process of removing the first tower construction crane (see photos below).

The topped off tower is the EAST hotel tower, which will include 263 hotel units and 89 serviced apartments. There will also be 24,000-square-feet of event space and a 20,000-square-foot pool deck.

Swire Properties is planning to open the hotel in late 2015. 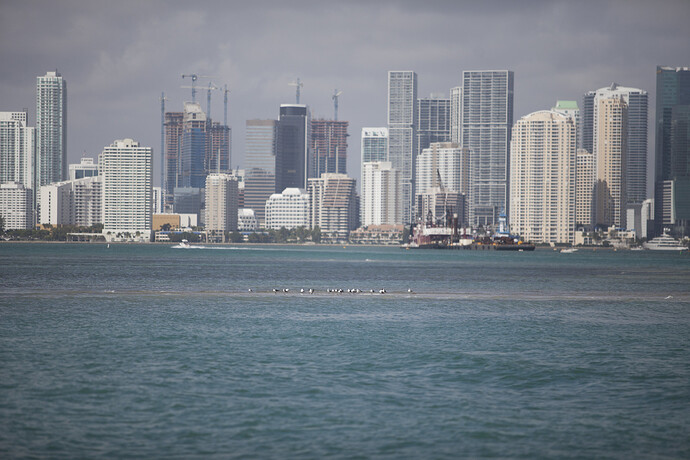 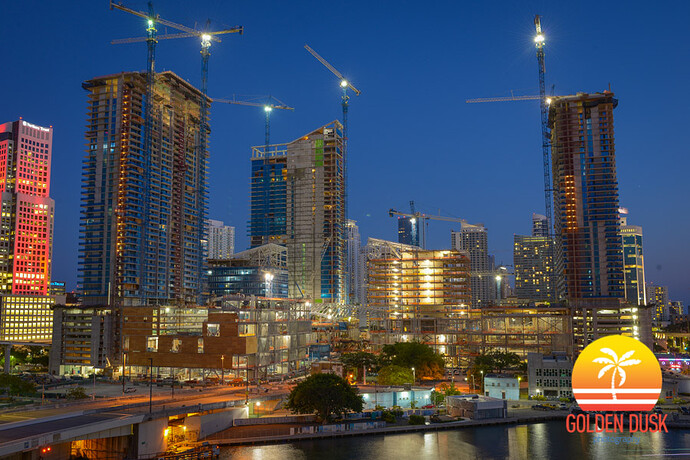 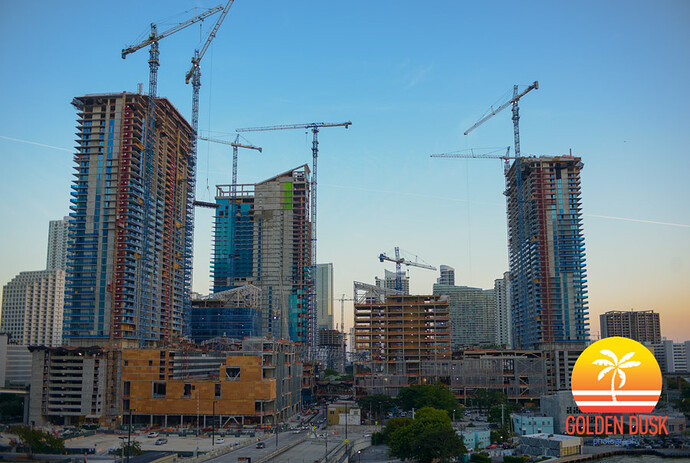 The mass that is DT Miami:

Can’t wait for some super talls to join the rank. The Manhattan of the South. 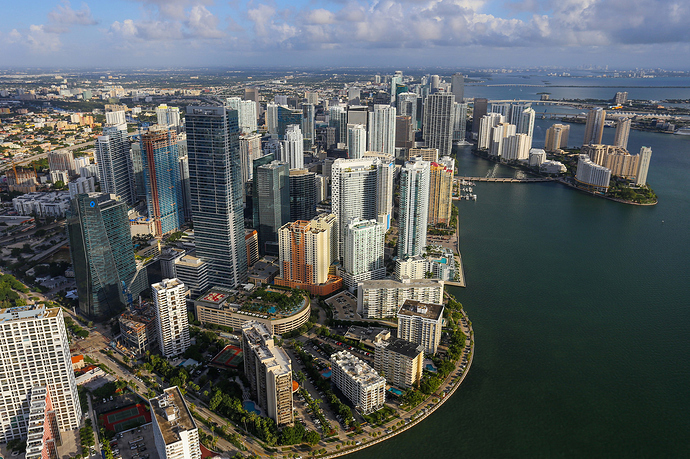 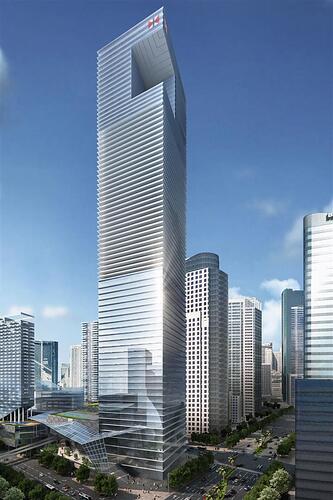 Next door, Swire also owns the former Miami Today headquarters, which has already been demolished, and another office building currently being used as a sales center for condos at Brickell City Centre. The properties will be combined to become the site of the 1,049 One Brickell City Centre mixed-use tower.

I don’t understand the excitement for this tower. It’s ok, but it’s nothing great. If this were planned for the site of 2 WTC or One Vanderbilt, I’d be really disappointed . 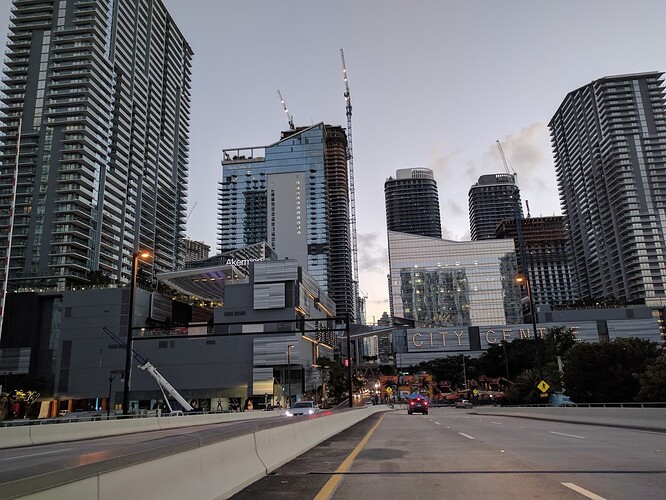 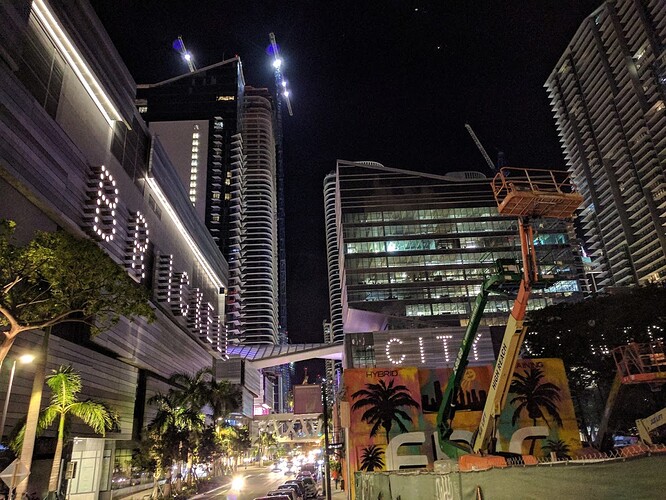 A bit older, but this angle is great. This complex is huge. Can’t wait for the supertall phase to come. 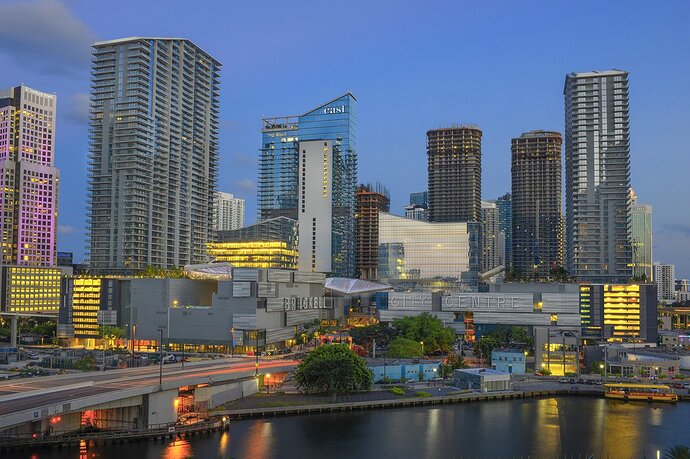 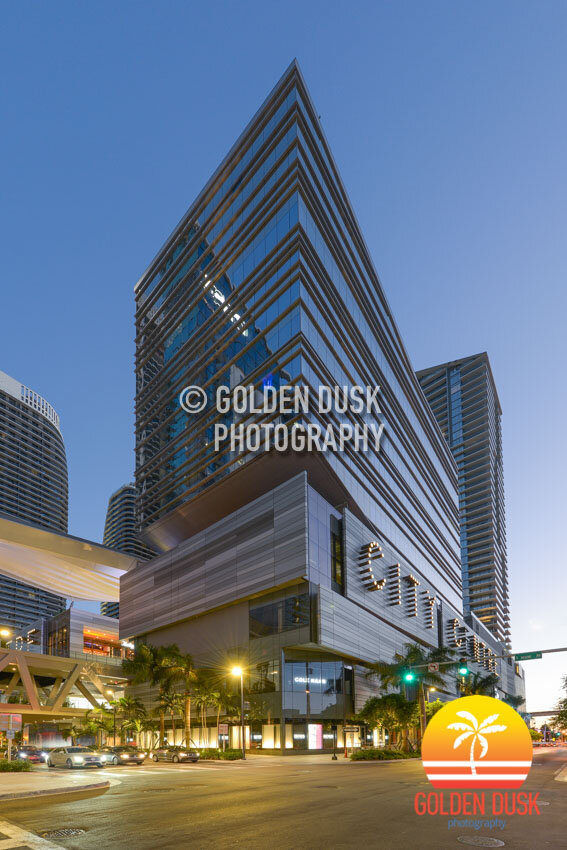 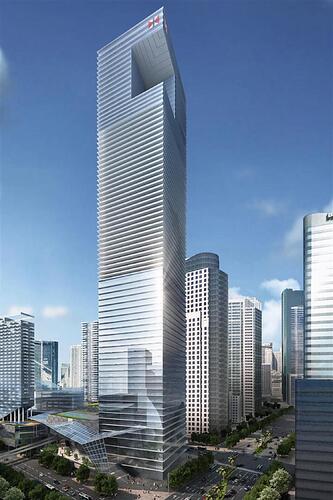 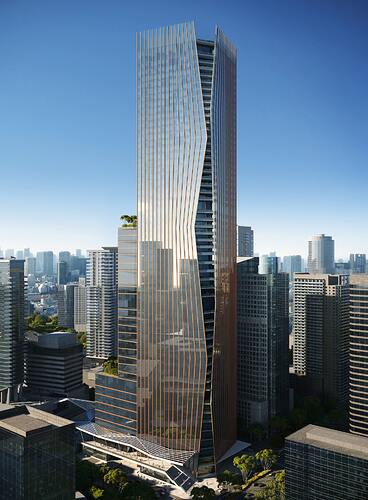 Approval today came just a week after a commissioner demanded more information on a deal to build a new fire station at Brickell City Centre, delaying a vote.

Floorplates in the 80-story building will be the largest ever built in the city.

In a statement released following the vote, a representative for One Brickell City Centre said that construction will begin in early 2023.

Demolition permits will be filed in the coming months, the representative added.

“One Brickell City Centre will be the most dynamic office building in the city,” the statement said.

The commission vote to approve the expanded floor plate size “will enable the world’s leading companies to foster greater collaboration and connectivity among their employees,” according to the developers.

The developers have previously said the project will have 1.6 million square feet of Class A office space. 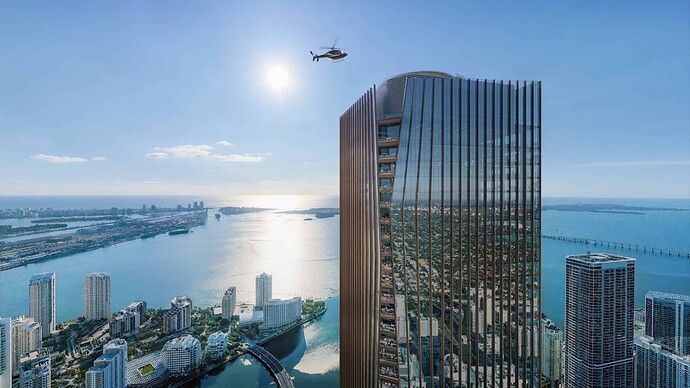