An application has been filed with the Federal Aviation Administration for yet another 800-foot tower in Brickell.

Plans for the new tower were filed with the FAA on August 3.

The tower is planned to top off at a height of 853 feet above ground, or 874 feet above sea level, the filing states.

Construction is estimated to begin in July 2023 and run through October 2026, according to the filing.

The project is known as 75 Broadway, according to the website of Ytech, the company that owns the property.

Across from 75 Broadway to the south is the Simpson Park Hammock, a nature preserve since 1913, and a remnant of what the landscape used to look like in the area .

To the north is the Cipriani Residences site, where construction on 3 towers rising as tall as 950 feet will soon begin.

Got a little confused at first but this is different than 1428 Brickell (super tall). Note the location: 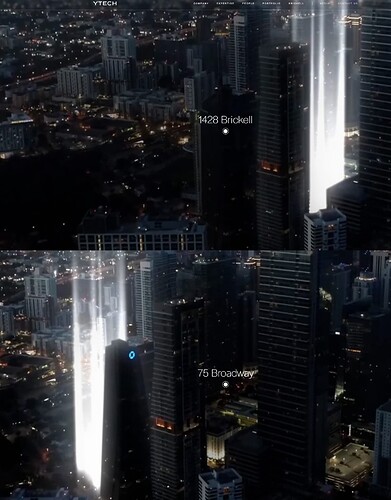 Brickell will have so many 1,049-footers lol

Isn’t that the FAA cap in Miami?