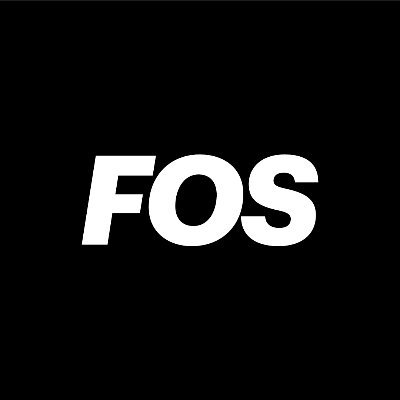 @FOS
The Kansas City Royals have proposed a new, $2 billion downtown ballpark district. It would be the largest public-private development project in Kansas City history. https://t.co/6RjAT0sTtJ 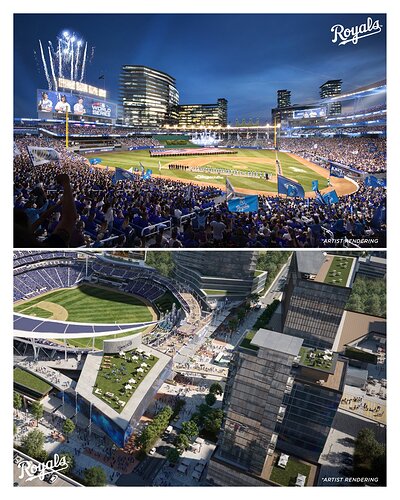 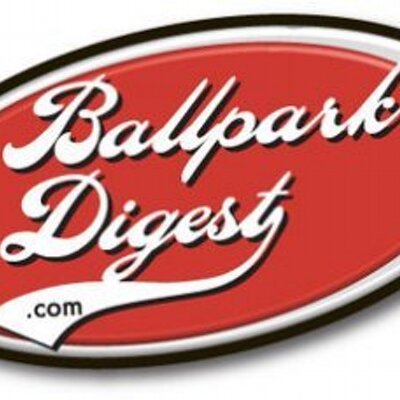 @ballparkdigest
It's a model that has worked in other markets: The Kansas City Royals are proposing a new downtown Kansas City ballpark as part of a $2 billion development. #MLB #sportsbiz #baseballbiz ballparkdigest.com/2022/11/15/roy… https://t.co/WnxIz2ilZc 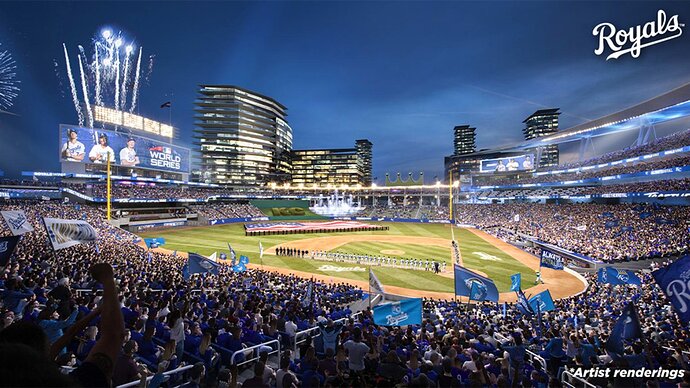 The club’s lease of Kauffman Stadium does not "run out" until after the '30 season, but the Royals are “considering the possibility of a move" in time for Opening Day ’26. 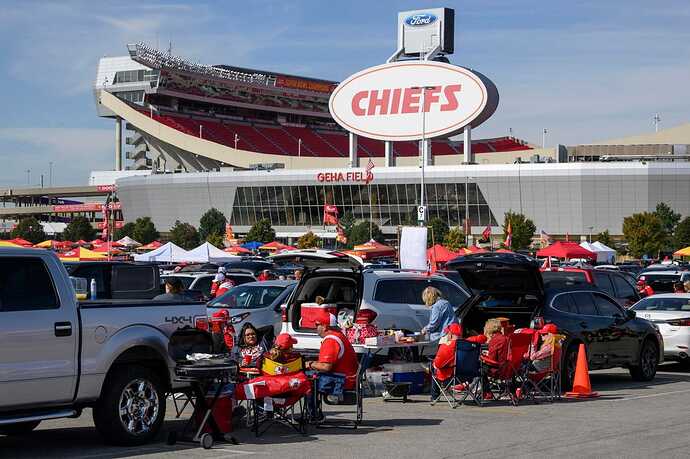 The Kansas City Royals have taken another step toward building a new, downtown stadium. Here's how that might impact GEHA Field at Arrowhead Stadium. 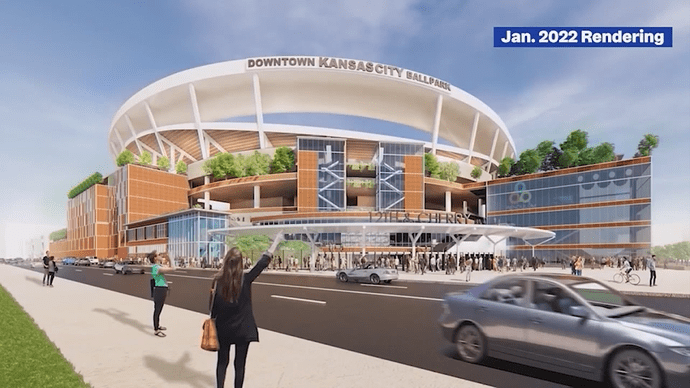 KC-area architecture firm gives insight into stadiums of the future

Downtown baseball continues to be a hot topic less than a week after the Kansas City Royals announced their intention to move away from the Truman Sports Complex.

I can’t open this link in german can you post some info please.

KANSAS CITY, Kan. — MANICA Architecture worked on the Chase Center in San Francisco, home to the Golden State Warriors. It’s nestled within an entertainment district that has retail, restaurants, bars and offices.

“They offer synergies between the two,” company President David Manica said in an interview with FOX4 Monday about the development of both a stadium and an entertainment district around it. “Obviously the foot fall and the traffic that the stadiums and arenas welcome energizes surrounding developments and vice versa.”

Manica said those districts give people the opportunity to come earlier, shop, eat, then go to the game, and they can go to the entertainment district afterward.

“What I’m sensing in my work is that it’s becoming more and more of a model to drive success and reenergize entire neighborhoods of downtown cities.”

Manica’s comments come six days after Royals Chairman John Sherman said he wants a ballpark district for the team, along with a new stadium in the future.

“Often times a stadium can sit dark, and if it’s in the middle of a parking lot, then there’s no reason to go there,” Manica said.

Manica wasn’t talking about the Royals situation in particular, but he did say the T-Mobile Center in the Power & Light District is a perfect example of a sports venue with shopping and entertainment around it.

“The number of events that you can bring through the building always generates more revenue for everybody, not just the team but for the city, for the staff, the employees, the people of the city that work in those buildings, so more events always means more revenue,” Manica said.

“But what we’re looking at outside even in football stadiums, in soccer stadiums, or indoor arenas are ways to bring more content to the building and thus generate more event days.”

That’s where firms like MANICA can help sports teams out. He said team leadership are never just concerned about the play on the field anymore.

“A building doesn’t have control of what happens on the field of play,” Manica continued. “So a home team may win or lose, but win or lose, it’s important for the building and the venue to provide a good guest experience that people want to come back to.”

In the Royals’ three-page letter to fans, Sherman said they’re going to have a listening tour with the public about what they envision their new stadium and ballpark district to look like, but there’s no word when those will start.