The City Council is considering rezoning the Bates Street Redevelopment Plan, a no-mans-land between Centre Street/I-78, Grand St, and Bates St, to allow four 50-story buildings. In exchange, the developers would provide 20% affordable housing and a community center in Bergen-Lafayette.

Wealthy brownstone NIMBYs in Van Vorst Park are already mobilizing against it.

Here is Councilman Jermaine Robinson’s op-ed in favor of the plan (this is in his district): 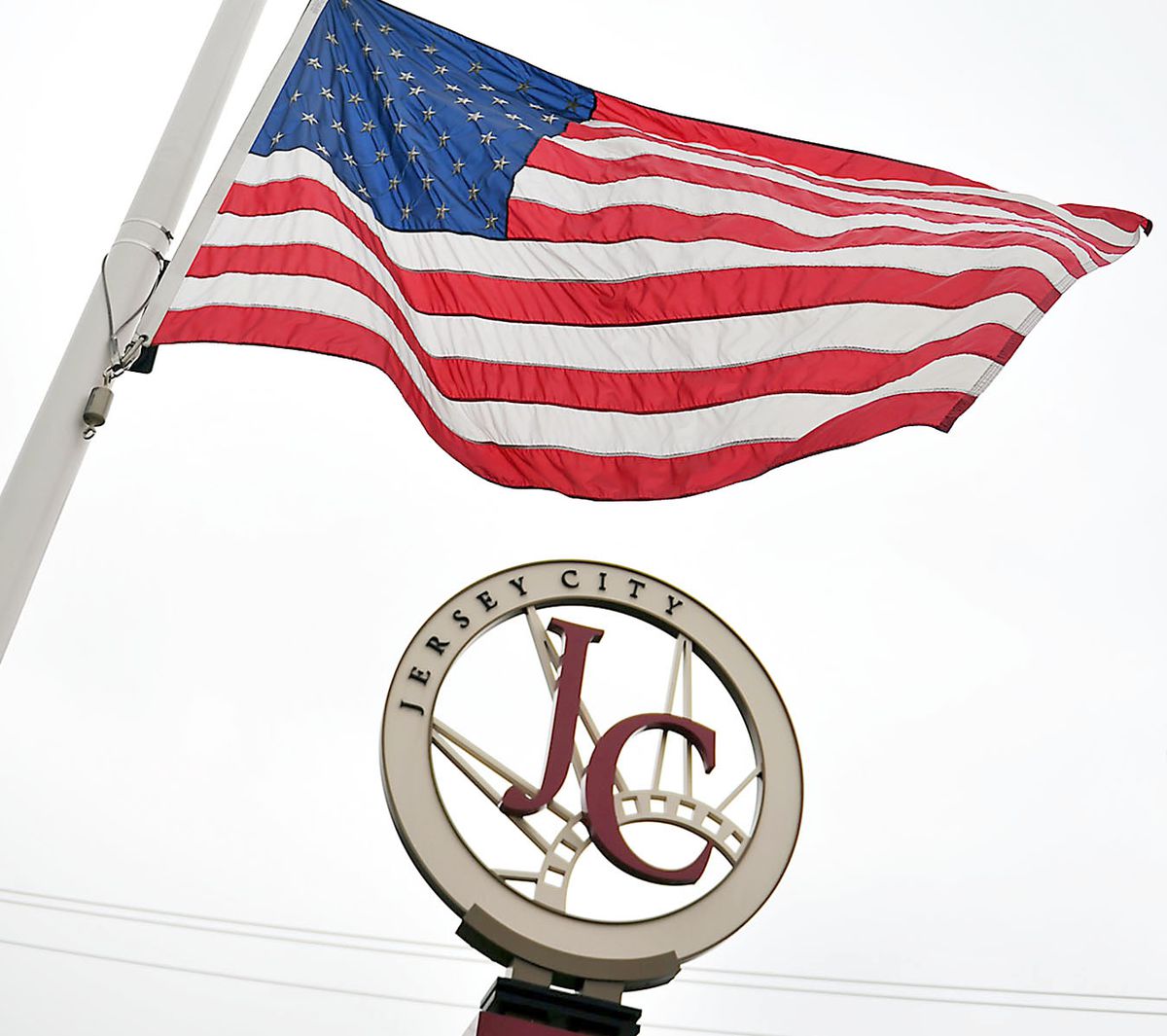 A current redevelopment plan calls for a wall of luxury apartments, all looking inward.

And attend public meetings on the issue. There was one today, I will try to post next time there’s another one.

Yes please, keep us updated about the next meeting. I don’t understand the opposition. Perhaps I’d add more affordable housing considering there are four 50 story buildings. It went from a midrise redevelopment to skyscrapers! That’s crazy

While the company’s subsidiary, Bates Redevelopment LLC, was designated a redeveloper at the JCRA’s November 21 meeting, their vision for the area has changed significantly. Designed by New York-based Studio V Architecture, Manhattan Building Company is now proposing 2,360 rental units in four towers that rise fifty stories each, with shorter three and four-story sections designed to look like brownstones in the area connecting the high-rise portions.

Several of the towers employ a tiered design and are more slender than the “wall” of buildings that’s allowed under current zoning, a move the developer says was made to preserve the city’s view corridor. The development would be built between Center and Bates Streets, feature some retail space, and include one indoor parking spot for every two units, for a total of 1,180 spaces.

To build its proposed vision, Manhattan Building Company would need to utilize bonuses within the Bates Street Redevelopment Plan. 360 units are permitted at the properties without the bonuses, so adding an additional 2,000 units to the project would generate $11 million in fees towards an Open Space Trust. Possible uses of the funds, according to the presentation, include adding a spray park and basketball courts at the Booker T. Washington apartments, making improvements to Van Vorst Park, or the development of a community center somewhere in Ward F.

Manhattan Building Company additionally told residents during the meeting that they would make a $2.5 million donation towards building a world-class recreation center, also in Ward F.

…already speaking to the state’s Department of Transportation about the possibility of cleaning up the highway’s underpass to create a walkable corridor to Gateway Field.

Manhattan Building Company stated during the meeting that they aren’t looking for any type of tax abatement and are committed to providing job opportunities for local minority contractors by working with Jersey City’s Office of Diversity.

Manhattan Building Company says they are willing to make significant infrastructure upgrades to move the project forward through the establishment of a Special Assessment District (SAD). All property owners in the area would need to agree and sign off on the SAD, which would raise four blocks of roads, including Center Street, to prevent flooding. The work would also separate an existing combined sewer in the area into two systems, remove combined water lines, and build new stormwater and sanitary systems. The work is estimated to cost around $15 million and would be paid for by the developer, who would install the infrastructure in phases as the project gets built out.

More info in the link above! This is amazing news. They are really investing in the neighborhood and hopefully the meeting they have with the community goes well. This is great and will bring life to an area that needs redevelopment. I’m excited to see what they have planned about a walkway/ corridor in the highway underpass next door! I do hope they raise the amount of affordable housing from 20% to something more (35%?) considering how many units they are proposing (2,360).

This is awesome. Hopefully they get the approvals. Seems like they want to work with the community, not asking for tax breaks, including affordable housing, paying for infrastructure improvements, and adding community centers. The parking space thing will be an issue for some though.

Also this area is an absolute dump and it would be nice to improve the area.

Well it does not seem like this plan will come to fruition in its original form. Several of the sites currently have buildings proposed or recently starting construction:

100 Colden Street site had all the material cleared. No new equipment yet though.

Next door site was fenced as well

460 Grand - inching towards the finish line

Is this project approved?

100 Colden St was approved several years ago I think. It’s just taken some time to get started

Is the project still 4 buildings with 50 floors?

Speak of the devil…

Looks like they just put out updated plans for the project.

As for the 50 floor buildings, others have more information than me, but it does not appear they will happen. The proposed redevelopment met with resistance from the neighborhood association and at this point it appears that several smaller projects will go through instead - among them 100 Colden Street (12 stories), Brook Street (10 stories) by Manhattan Building Co who was the proposed redeveloper for the whole area, and another 5 story proposal for one of the other blocks. Also, Mecca Properties (the sub-developer under the original redevelopment proposal) still owns their properties which surround 460 Grand St and 100 Colden St, so they will be proposing something as well.

So the answer is - it appears this area will be midrise buildings instead.

Hmm. I wonder if the money being given to the community for improvements are now moot since the larger development didn’t go through.

460 Grand - Marketing is up - I’ll consider this done, finally

Working with Jersey City-based Urban Architecture LLC to overhaul the scheme, the final version of Bates Lofts is set to rise six stories and top out at 70 feet. A total of 80 units will be built within the development, breaking down as eight studios, 37 one-bedrooms, 24 two-bedrooms, and 11 three-bedrooms.

While the development will not include any affordable housing units, it will feature a ground floor commercial space spanning 1,806 square feet. 80 parking spaces within a garage will occupy much of the first and second floors, which will also incorporate spots for 40 bicycles.

There was originally affordable housing included but now they are just building what is currently allowable, with two small variances. The NIMBY pushback now means there are no community benefits or affordable housing… In an area that needed it.

Unbelievable. While the architecture looks nice, the lack of affordable units is terrible. The biggest loss IMO is the renovation/rejuvenation of the 78 underpass to help integrate surrounding areas with downtown and add desperately needed green space. Just unconscionable that the NIMBYs were able to block the original proposal.

I was looking forward to seeing what could be done under the underpass. The underpass in Hoboken could have been a prime example. There are so so so many missed opportunities in this city…