Manhattan Building Co., which has already finished the first of several developments along Jersey Avenue near 17th and 18th streets, last week broke ground on Cast Iron Lofts II, a 232-unit luxury rental development that should be completed in approximately 22 months.

The project is being built with $250 million in what Greer described as “private financing” and will create a total of 800 to 1,000 construction and permanent jobs.

Manhattan Building is also in talks with the city to develop another nearby site that could be home to a third development, a two-tower, 400-unit project that would complete the Cast Iron community.

Given its proximity to Hoboken, Weiss has taken to calling the area SoHo West, as in “south of Hoboken,” an obvious nod to the better known SoHo and Soho districts in New York City and London, respectively. 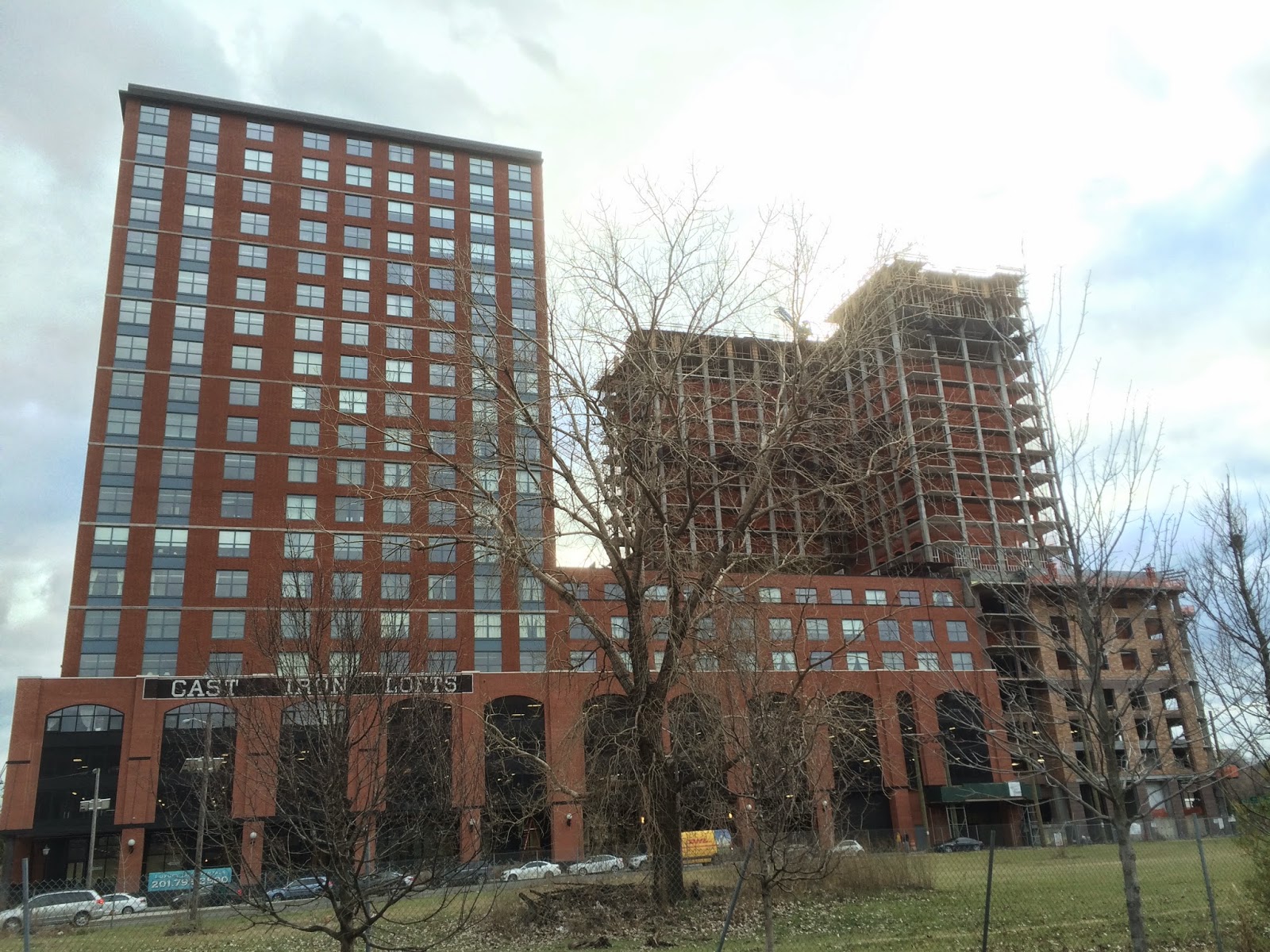 Taken a week ago.

These 2 buildings in the foreground (between 15th and 16th st) are part of cast iron lofts (i think? -there is an add for cast iron lofts on the new tower so i assume it is all marketed as cast iron lofts). The other 2 behind it on 18th st were completed a while ago.

The second tower is now topped out. Taken today from behind christ hospital in the heights.

From the Morgan in downtown jc. 9/3