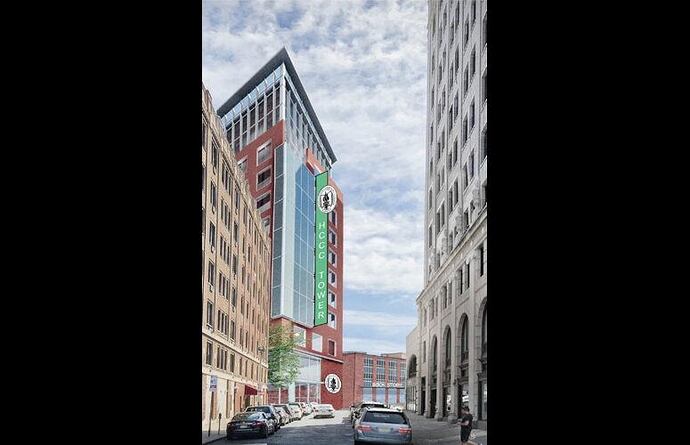 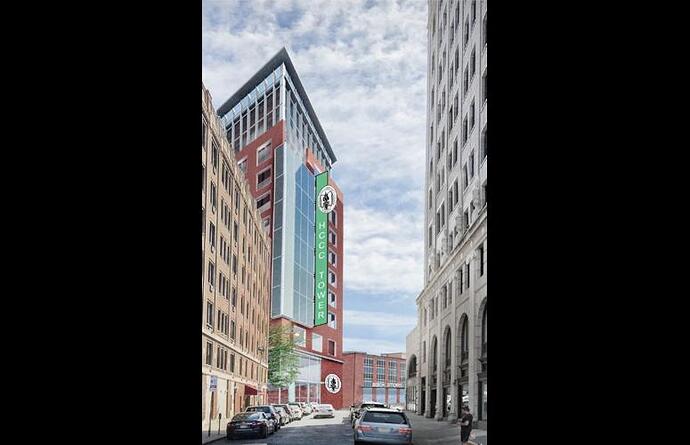 Hudson County Community College (HCCC) Board of Trustees Chair, William J. Netchert, Esq., announced that the College plans to begin accepting bids for the construction of a new, 11-story, 153,186 square-foot academic tower facility in the Journal... 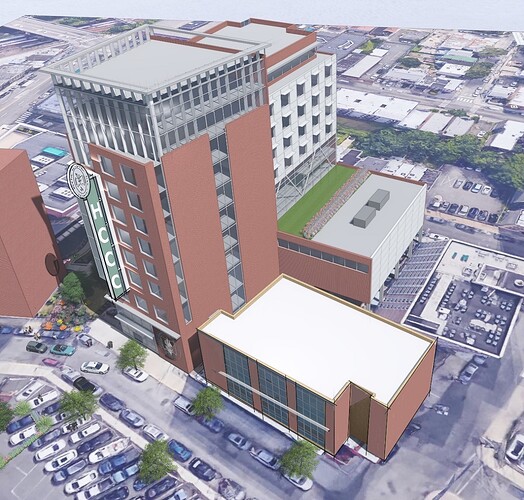 I think it looks nice, but I don’t understand why they’re building to less than half the allowed height. Why not build a building with half the footprint, at the height allowed by the zoning (27 floors)? Then they’d have just as much classroom space as they’re getting now, but be able to expand in the future on the underbuilt side. As it stands, if they want to expand in the future they’ll either have to demolish some of their substantial structures (causing a space crunch and disruption to classroom activities for years between the demolition of the old structure and opening of the new structure) or buy more land (expensive).

The county did the same thing at the courthouse site. Built to only 6 stories even though 27 is allowed. The new courthouse has fewer floors than the old 1950’s courthouse! And they had to demolish millions of dollars of buildings and displace people in order to get that huge footprint. Including a supportive housing building.

We have the address, height for it in feet, and corrected number of stories (12) from the official city development application now: