Six years ago, Triad Development teased Seattle with plans for a massive project on the block along Fourth and James called Civic Square. At the time, the city gave them until the end of this year to close the purchase on the land or pay $1M in extension fees. Instead, Triad has agreed to provide $1M promissory notes that hold its principals responsible.

As the last key piece of the City’s 1999 Civic Center Master Plan, the Civic Square will give downtown Seattle a vibrant open space for the public to enjoy.

This public-private project will feature a large public plaza with open space and retail spaces on the southern portion of the site and an office and residential tower on the north.

Located on the site of the former Public Safety Building, the new Civic Square will be just west of City Hall at 4th & Cherry and will include a redesigned 3rd & James Transit Tunnel entrance.

Vision:
The public space is designed to deepen the community’s civic identity, accommodate a broad range of events, foster dynamic interaction with stores and restaurants, and provide a beautiful gathering place for citizens and visitors.

The tower is designed to integrate with and literally reflect surrounding buildings. It is envisioned that residents and office occupants of the tower will naturally merge with the larger community in the public plaza.

Schedule:
The project is currently in the design phase.

So, does anyone have any news about this? is it completely dead? will we be stuck with that pit there for the next 20 years?

Still in the design stages. It takes time, and Foster/Partners has a habit of not releasing data until it is finished.

Are there any plans to relocate the homeless population across
the street?

I don’t think so lol. There are shelters that they can go to. 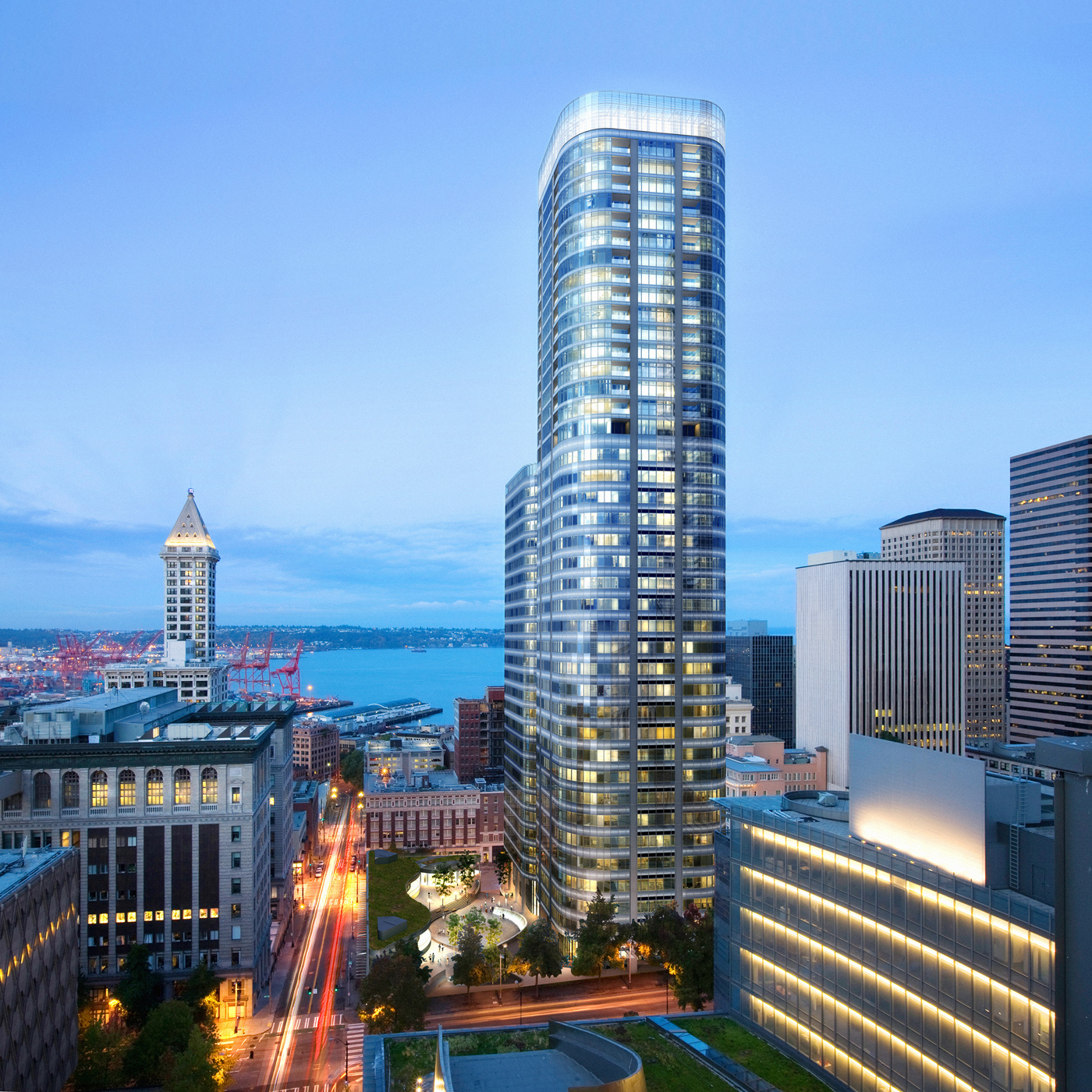 Forgot to mention. but this project is happening. Was stalled for a really long time. Construction will happen in 2016.