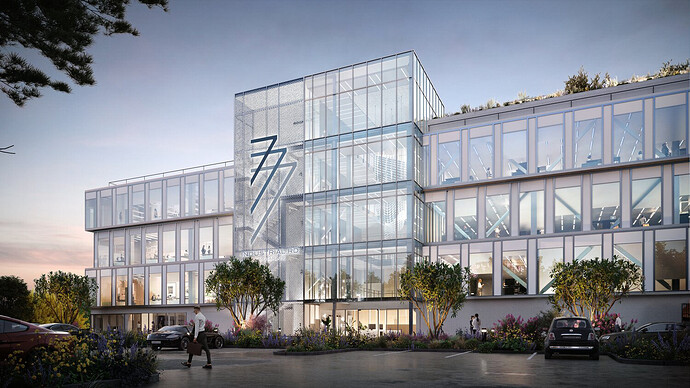 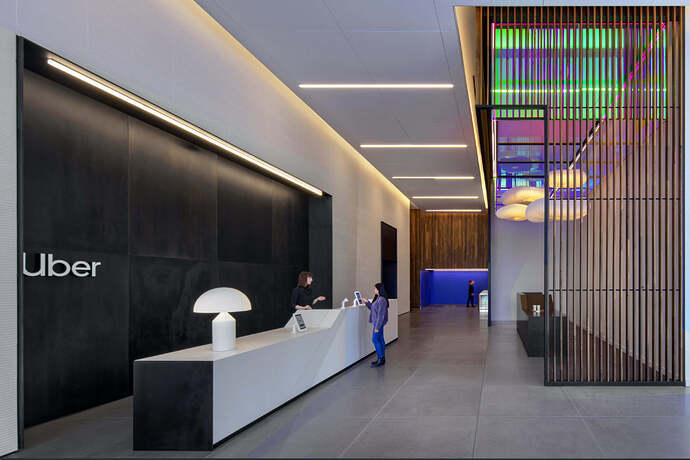 Huntsman has designed new interiors for Uber's headquarters in San Francisco with a colorful installation and themed workspaces. 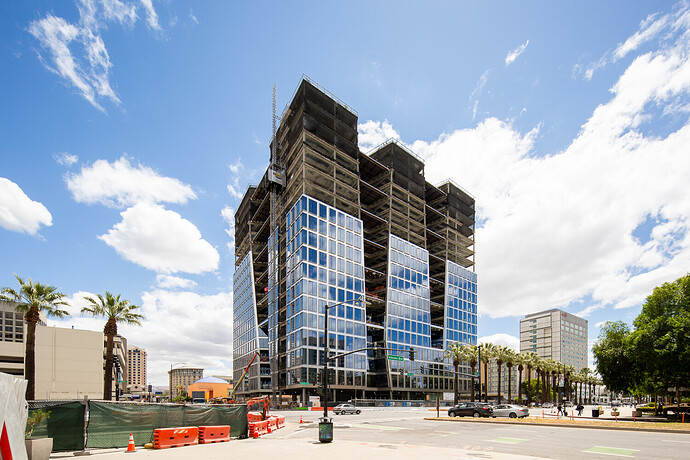 I wonder what will replace the Six Flags that’s at the heart of Silicon Valley. 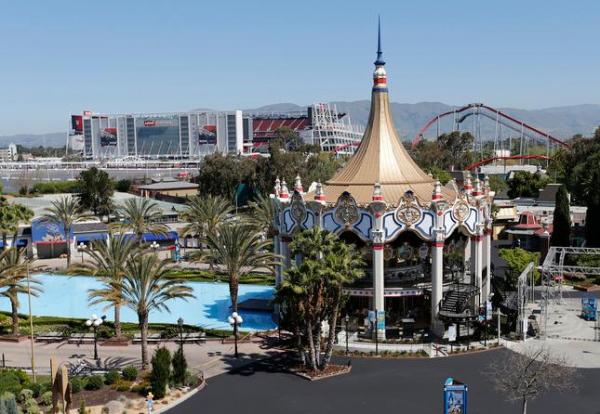 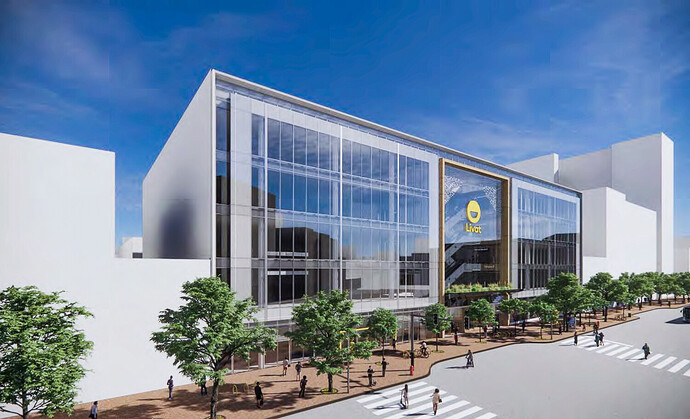 Ingka Centres has filed updated plans for the future home to IKEA at 945 Market Street in SoMa, San Francisco. The project will provide a major tenant...

This story was exciting to see since the so-called ‘construction launch’ a few of us reported months ago was more accurately the ‘launch’ of street-level signage.

As for the renderings, you can see the unedited version filed by Ingka on Biz Journal. A little touch-up went a long way! 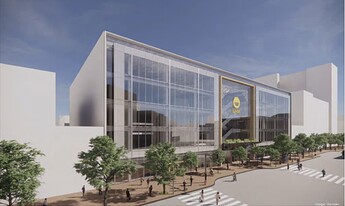 Gensler also included my photograph of Serif SF in the planning document! It’s cool to see what we do at YIMBY being distributed in so many ways. Part of why I like getting out and actually photographing projects with a professional camera & tilt-shift lens is because I feel it is important for our cities to be well-documented for posterity. 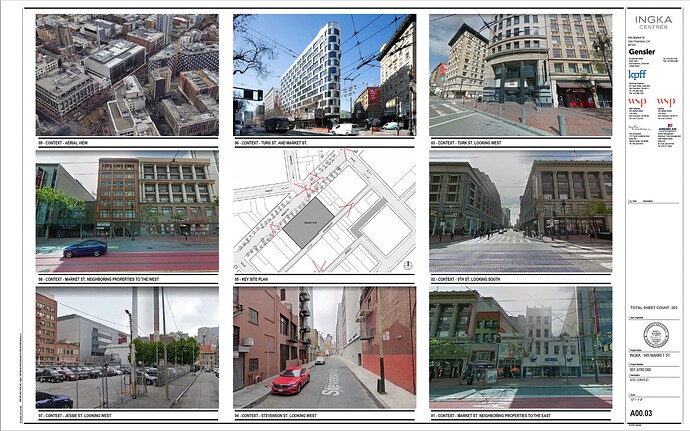 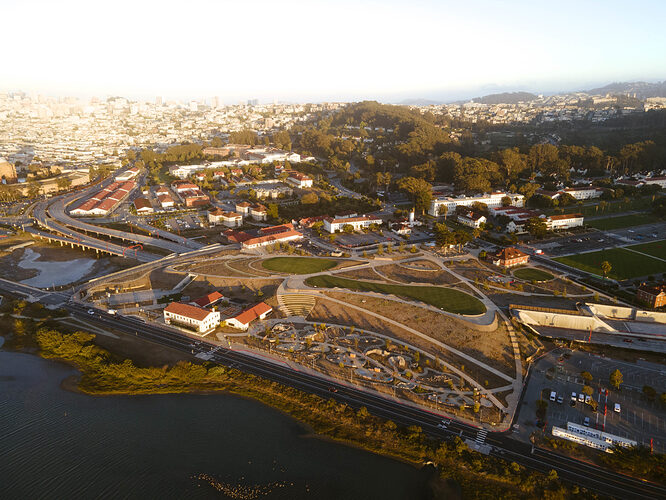 We were this close to greatness 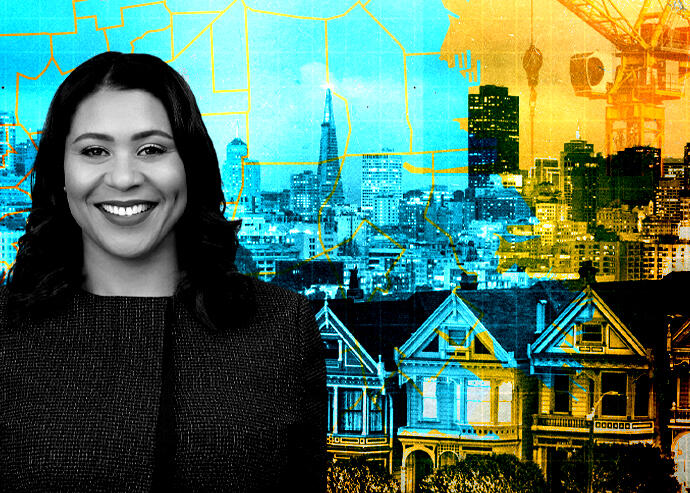 Mayor London Breed has vetoed a law that ends single-family zoning in San Francisco and permits fourplexes across the city and six-unit homes on corner lots. 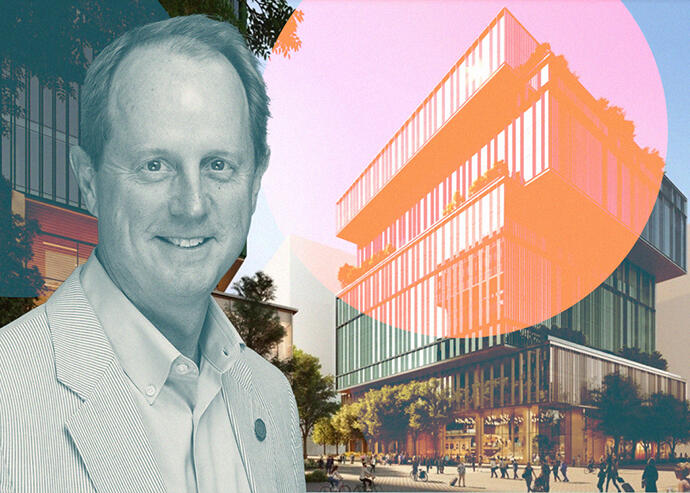 A massive mixed-use development by Google in Downtown San Jose may be joined by a tandem complex of office towers, shops, restaurants around a central plaza.

Unfortunately the underground light-rail extension to Chinatown will not open this year after all. What a disappointment. 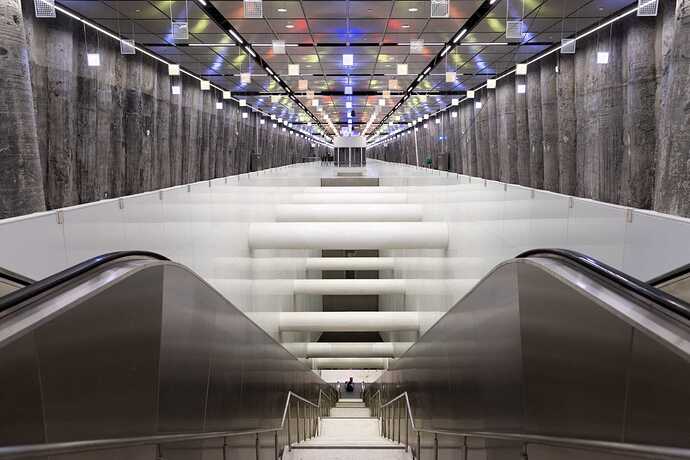 S.F. Muni’s long-delayed Central Subway has had another setback. When will it...

San Francisco’s decades-in-the-works Central Subway extension has been delayed once...

Mildly makes me want to scream.

expected to delay completion of the Central Subway by six to eight weeks, Jonathan Rewers, SFMTA’s acting chief financial officer, told the agency’s Board of Directors

“We’re still planning for revenue service this fall” Rewers told the board. 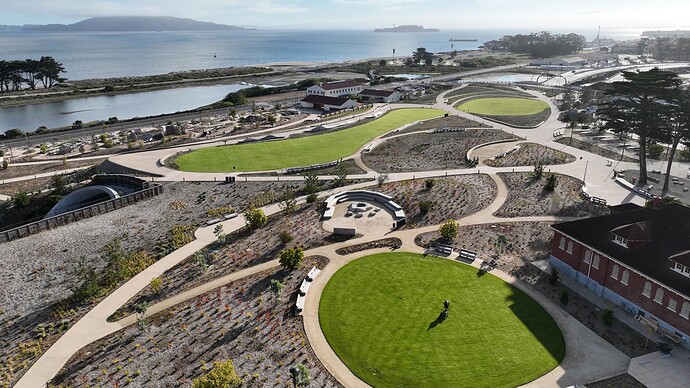 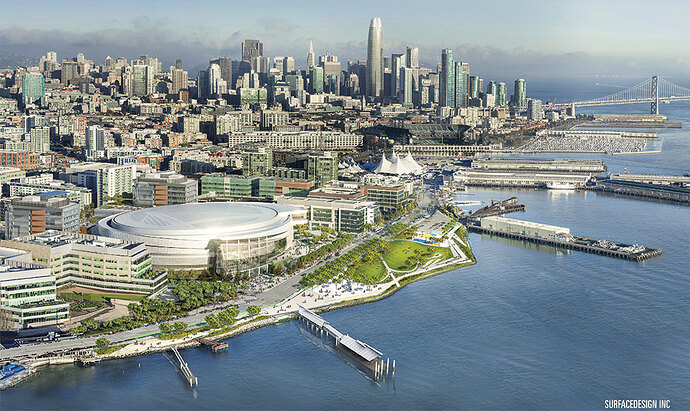 City celebrates the start of construction for Bayfront Park, a planned 5.4-acre open space anticipated to be completed in fall 2023. 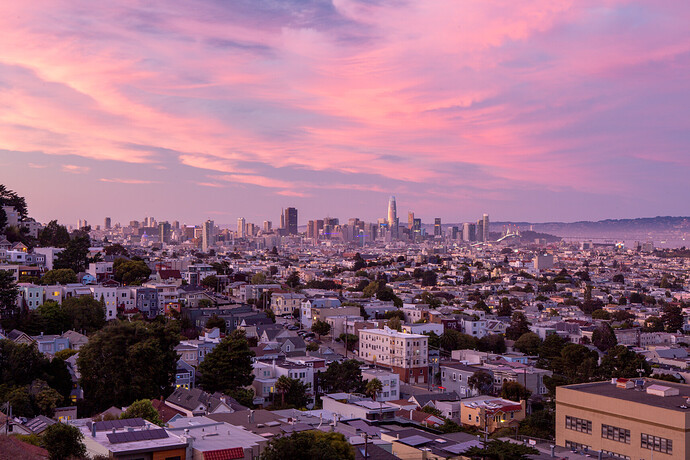 San Francisco takes longer than any other city in California to approve new housing. For this reason, the State of California’s Department of Housing... 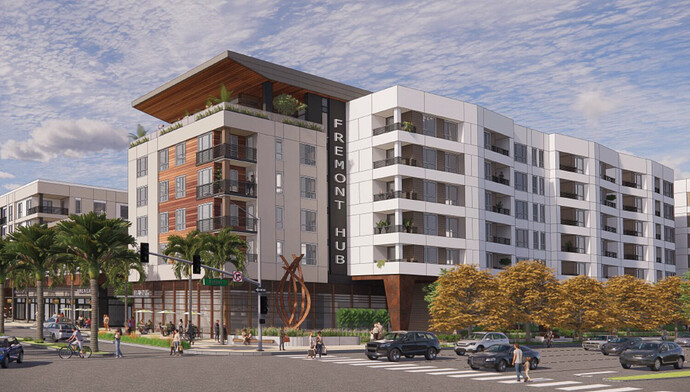 Kimco Realty Corporation has announced plans to redevelop a corner of the Fremont Hub Shopping Center with a residential infill in the city of Fremont...

There’s lots of mid-rise buildings going up in the peninsula, but glad to see something happening on the east bay side as well. 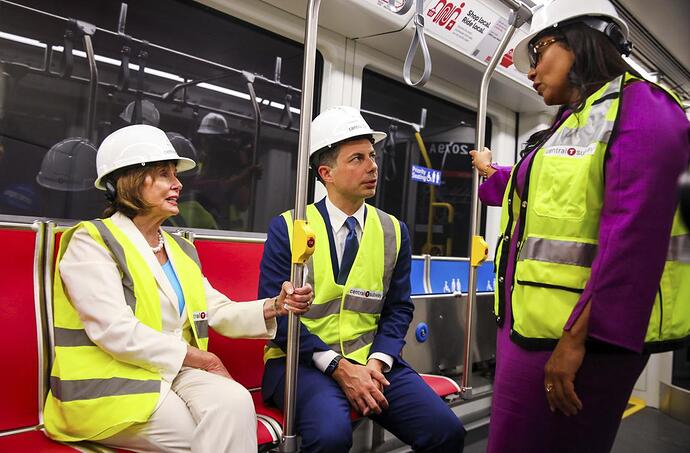 The U.S. Secretary of Transportation was in San Francisco Thursday to tour the transit...

Incredibly excited for this line to open. I’m hoping it’ll make the SF Caltrain Station a lot more useful for a whole new part of the city, the current light rail by the station goes through the slumping FiDi area. I remember reading that Chinatown has the highest use of public transit of any neighborhood in the city, so this underground lightrail should be well-used!

I know this article is really old, but what other 2 supertall sites could it be referencing besides Salesforce?

No clue o.o would love to have this mystery answered! No clue about plans for twin terracotta-clad towers. Tempted to reach out to the architecture firm to see if they have answers in their personal archives.

That’s an ancient proposal from the early days of Transbay district planning. Sadly, nothing ever came of it, and the district has been built out very differently. You can read about it in this unbuilt SF article by SPUR. 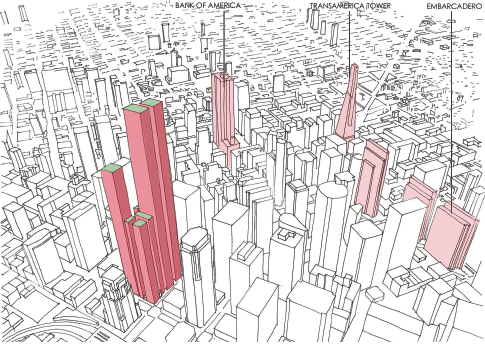 It is equally true of the five reed-like towers that another Pritzker Prize winner, architect Renzo Piano, conceived for the northwest corner of First and Mission Streets in 2006. Piano likened the septet to a cluster of bamboo stalks — albeit bamboo stalks climbing 600 to 1,200 feet, amid alleyways and older buildings just a few stories tall.

“It’s a sad story . . . I loved that project,” Piano said later of his scheme, which never saw the light of day beyond an article in the San Francisco Chronicle when the initial plans were filed with the city. It’s a project that, in retrospect, signaled the high tide of a boom, the mass delusions that come when the good times are so good that developers convince themselves that this time things are different, this time the bubble won’t burst. How could economics justify straight square towers reaching 300 feet beyond the Transamerica Pyramid, yet so slender that their typical floors would be less than half the square footage of other towers nearby?

The subway line to Chinatown will open on November 19, but at first it will only run on weekends and only as a shuttle between SoMa and Chinatown. In January it will transition to daily service and will run through trains to the Third Street line. 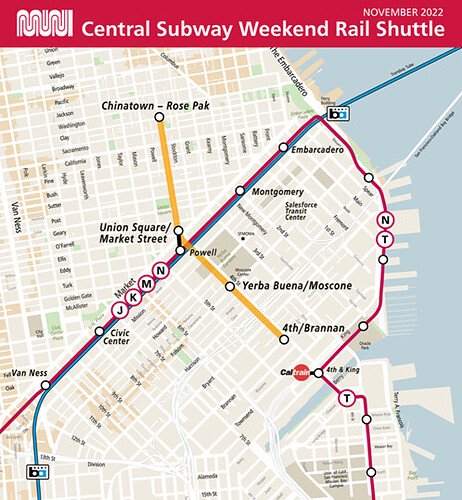