Our diversified real estate presence around the world.

A scary construction mishap on this project has triggered an evacuation of the area today. Reports are that a 2,000 lb concrete slab is at risk of falling. 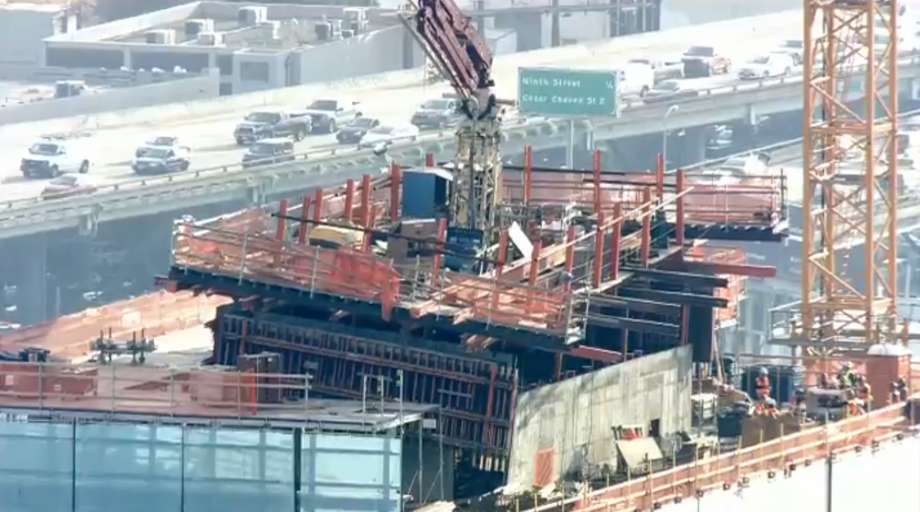 Wow scary stuff. Any insight as to what went wrong? 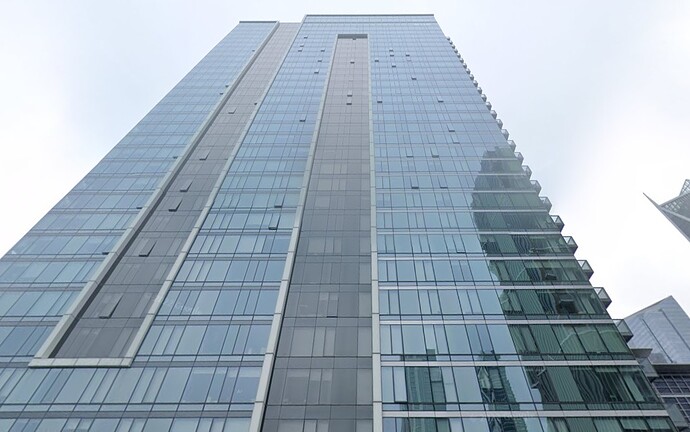 Residents say they have no idea when they may be able to return home. 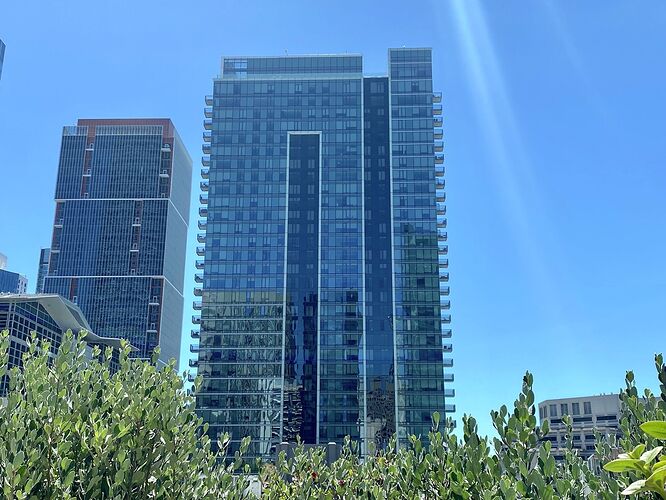 "An entire swimming pool, cascaded down through the building."

Imagine what will happen to this building as it ages or in an earthquake. 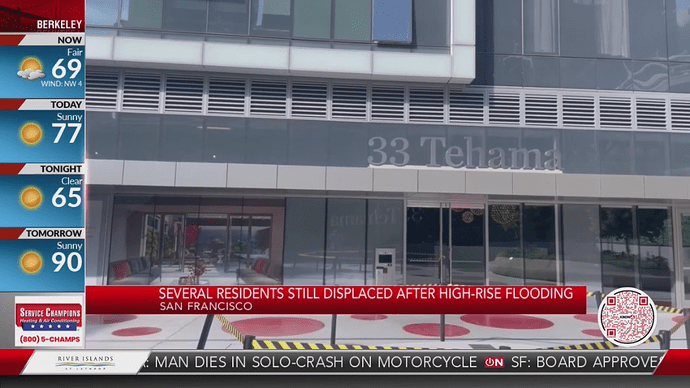 (KRON) — It’s been more than two weeks since water flooded a San Francisco high-rise apartment building displacing hundreds of people. Residents at 33 Tehama are still left in limbo and… 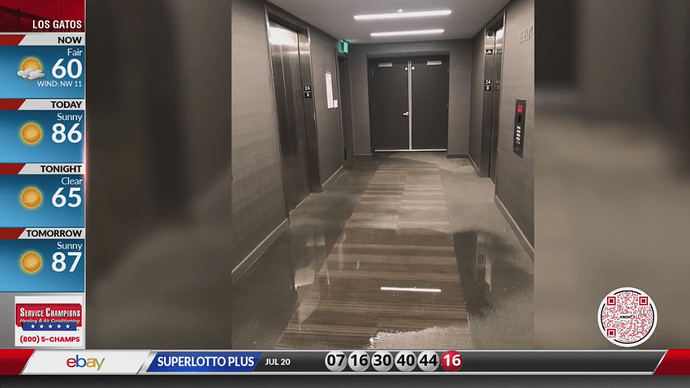 Troubles continue at 33 Tehama after flooding

SAN FRANCISCO (KRON) — Troubles continue at the high-rise building 33 Tehama St. where 500 San Franciscans were displaced at the beginning of last month after a water main failure. Some resid…

This apartment building will be a wrap, aside from its many other issues. People are already “getting their belongings” and terminating their leases as per the video.

I’m extremely curious to learn what the reason is for this project to have such an existential water crisis. I wonder if it’s related to the 2017 construction troubles? 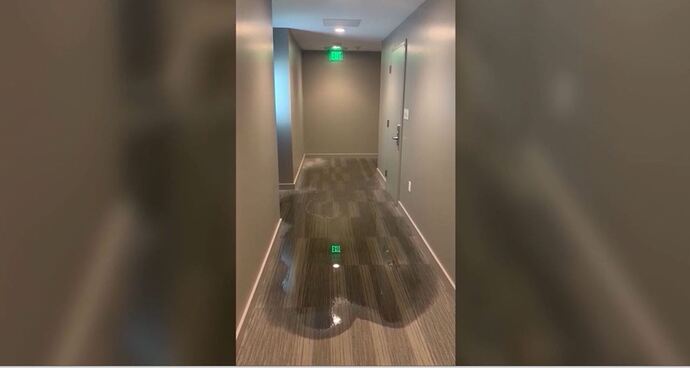 SAN FRANCISCO (KRON) — The luxury apartments at 33 Tehama Street in San Francisco have flooded for the second time in just two months. No one’s lived in the building since the first wat…

Just me but I would have cleared out and put everything into storage at the earliest opportunity.

One resident believes a checkbook left on her nightstand was taken.

@Stache looks like that would have been smart for two reasons!

Other than imminent collapse, explosion wildfire etc. start grabbing things on your way out. Don’t let them rush you. I’ve heard of this situation from more than one person where the fire dept didn’t let someone grab a coat in the winter for example. Of course you have to use common sense about this.
Something similar happened here in NYC years ago where guys were caught on video stealing jewelry etc. from vacant apartments. 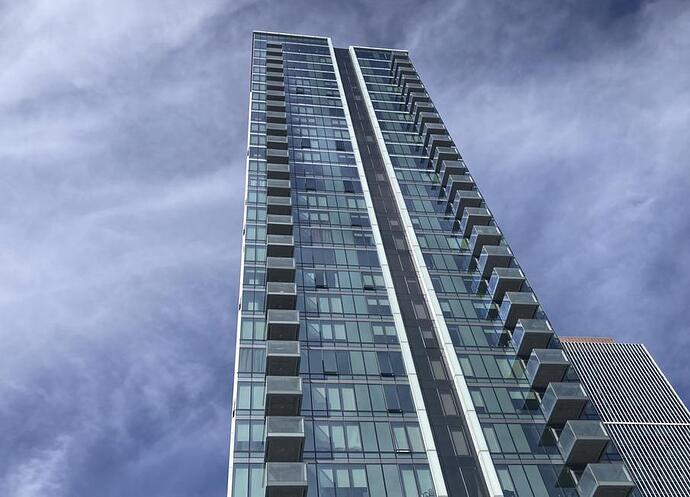 Inside the ‘nightmare that never ends’ at San Francisco’s 33 Tehama St.

Residents of 33 Tehama ran up thousands in credit card debt, crashed in hotels and with...

Tyler Hayes was at a Silicon Valley office when his phone buzzed with a string of frantic texts from his girlfriend: Water had seeped into their one-bedroom apartment at 33 Tehama St., a swanky, glass-skinned tower [in San Francisco’s South of Market district.

Hayes’ girlfriend caught the first sign of trouble — a pool forming at the doorway — as she cooked dinner. When she opened the door, she found the outer hallway so soggy that her shoes left footprints in the carpeting. Glancing toward the stairwell, Hayes said, she saw “a river” cascading past the 29th floor where they lived down to the tenants below.

“I tell her, ‘You need to leave the building,’” said Hayes, the CEO of a robotics company. He hastily excused himself from a meeting and rushed to the nearest Caltrain station.

“It’s like a nightmare that never ends,” Maarya Abbasi, who lived in a one-bedroom on the 12th floor and said she’s spent thousands of dollars on hotels [since the pipe first broke, while devoting hours each week trying to get compensated by Hines, the property management company for 33 Tehama. She’s been living out of two suitcases, unable to retrieve her bed, couch, artwork, family heirloom jewelry, Polaroid photos and other possessions since the second pipe rupture and flood on Aug. 10.

Abbasi, Hayes and other residents have spent nearly three months in a purgatory, shuttling between hotel rooms, maxing out their credit cards, ordering meals from delivery apps or the hot bar at Woodlands Market on Folsom Street. Those who are low-income and lived in the below-market-rate units at 33 Tehama are uncertain they will find anything comparable in San Francisco. Even the higher-income tenants fear they will be priced out, or unable to return when the building reopens in 2023 according to Hines’ projections.

While repairs grind on, many residents have become increasingly concerned about the belongings they’ve left behind, particularly after reports surfaced last week that security footage captured one of Hines’ contractors stealing items from a unit. In a letter to two representatives of the company, Supervisor Matt Dorsey, who represents SoMa, said he had discussed the thefts with Assistant Police Chief David Lazar and was advised that officers were investigating.

Paul Paradis, senior managing director at Hines, acknowledged the contractor theft and said the employee had been terminated. Since then, he said, “we’ve increased video surveillance” and added security guards.

The building that once symbolized downtown swagger and prosperity, with apartments and penthouses priced at up to $5,000 a month, Hayes said, had become the city’s latest high-profile construction calamity.

Records from the Department of Building Inspection show 18 complaints filed since 2017, the same year a 2,000-pound wall of concrete hung precariously from the high-rise when it was still under construction, briefly threatening nearby offices and the westbound exit ramp of Interstate 80.

As of Thursday, three complaints remained open, all filed since June 6 for plumbing disasters. The Department of Building Inspection issued its latest violation notice Tuesday, with a 10-day deadline for Hines and its contractor, Turner Construction, to obtain a permit and fix the pipe. The companies had failed to deliver an action plan that city inspectors requested last Monday, and the floors remained sodden, the elevators out of service.

While Department of Building Inspection spokesperson Patrick Hannan said it is not unusual for new high-rises to draw 18 complaints in five years, the history of mishaps has led some to wonder whether the parcel at 33 Tehama was cursed from the beginning.

Hours before the first huge leak that sprang from the 35th floor in June, building managers sent a series of emails about false fire alarms, Hayes said, leading some residents to believe they were testing the sprinkler system. The August leak started from the same pipe on the 37th floor, spilling water down staircases, corridors and into electrical closets, saturating elevator shafts and cabs, according to an incident summary from the Department of Building Inspection.

Paradis, the senior managing director at Hines, said the company’s staff triaged on the night of the first flooding, offering stipends for hotel rooms and discounts on rent — or rent forgiveness for people who stayed with friends and family members.

“We’re trying to do the right thing by the residents,” Paradis said, insisting that Hines had “put a great system in place,” notifying residents when Hines staff members realized they could no longer provide living accommodations and working with the Mayor’s Office of Housing and Community Development to seek new below-market-rate units for lower-income tenants. A spokesperson from that office said officials had enacted an emergency authorization to reserve vacant affordable dwellings for that group.

But Hayes and Abbasi said the company’s lines of communication have been spotty, that representatives were sometimes confusing and dismissive and that it often took persistent badgering to get the payments they were due.

Abbasi recalled that several weeks passed before she saw any money, and in the meantime she had to pay thousands of dollars out of pocket and extend her credit limit. She continued paying $400 a month to park in a garage that she and other residents couldn’t use, and has yet to receive a full refund.

Hayes said he believes he over-drafted about $10,000 from his checking account during this period. He and others said the most consistent information came from an online community managed by resident Jameson Lee, who left to live with his family in Orange County during the flooding. Lee is trying to help other tenants search for housing and said he’s called 15 apartment complexes to compare listings.

Asked whether he had paid rent, Hayes let out a clipped laugh.

“I’m not gonna pay any rent, everyone else is not paying rent — that’s insane,” Hayes said.

He misses the life he and his girlfriend had in 33 Tehama, where they enjoyed waterfront views through their apartment window, lounged on the roof deck and chopped vegetables on the granite countertops in their kitchen, all for $3,500 a month. They’ve spent the past few weeks apartment-hunting. Abbasi signed a lease for a home in Oakland.

Before the first flood, Hayes said he was considering an upgrade to a two-bedroom apartment at 33 Tehama. He remembers that on the third day of the first flooding saga, when he and his girlfriend were draining their savings to stay at the Clancy hotel on Second Street, the Hines leasing agent called to ask whether he was still interested.

At that point, Hayes decided the company was “clearly in denial.”

Just goes to show you that even people with comfortable incomes can run into trouble if disaster strikes. 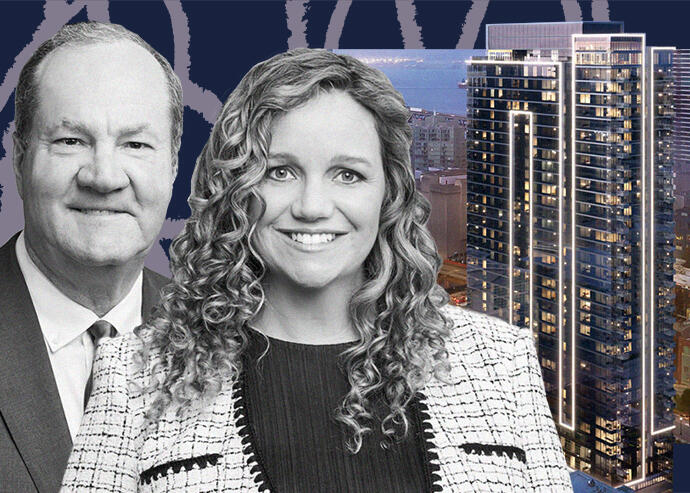 Hines Apartment Building Uninhabitable Until at Least Early Next Year 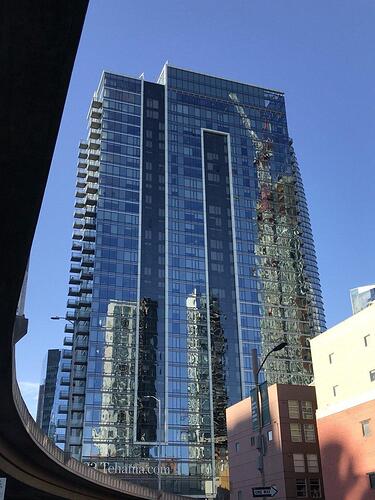 A suit accuses the owner of the 33 Tehama St. tower of violating tenants’ rights by...

Fun fact, all those little streets south of Market were named after whores.