Revised plans for a shorter tower in Rittenhouse Square have been revealed.

Here’s a render for those of you who don’t want to read or can’t click the link. 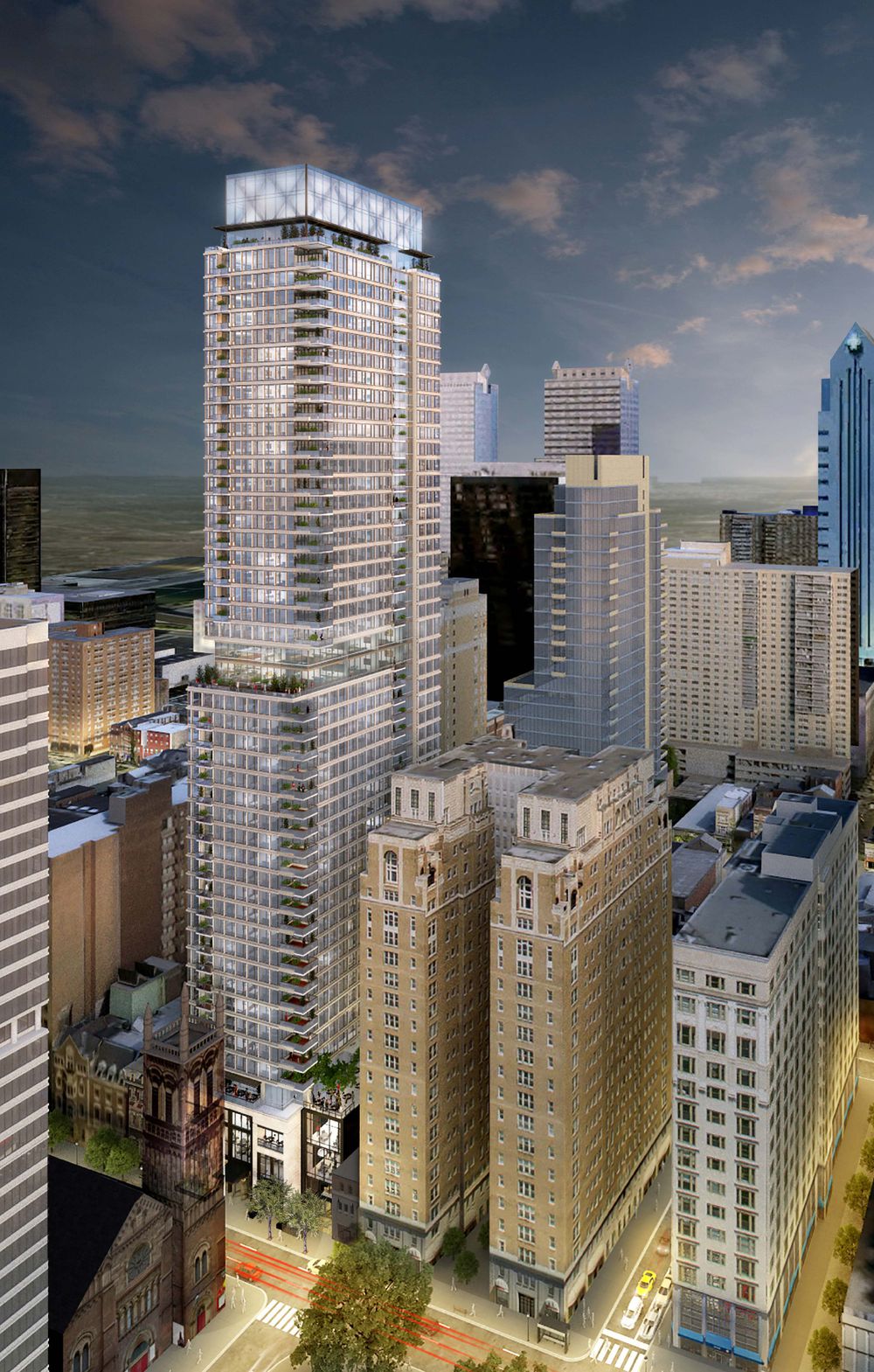 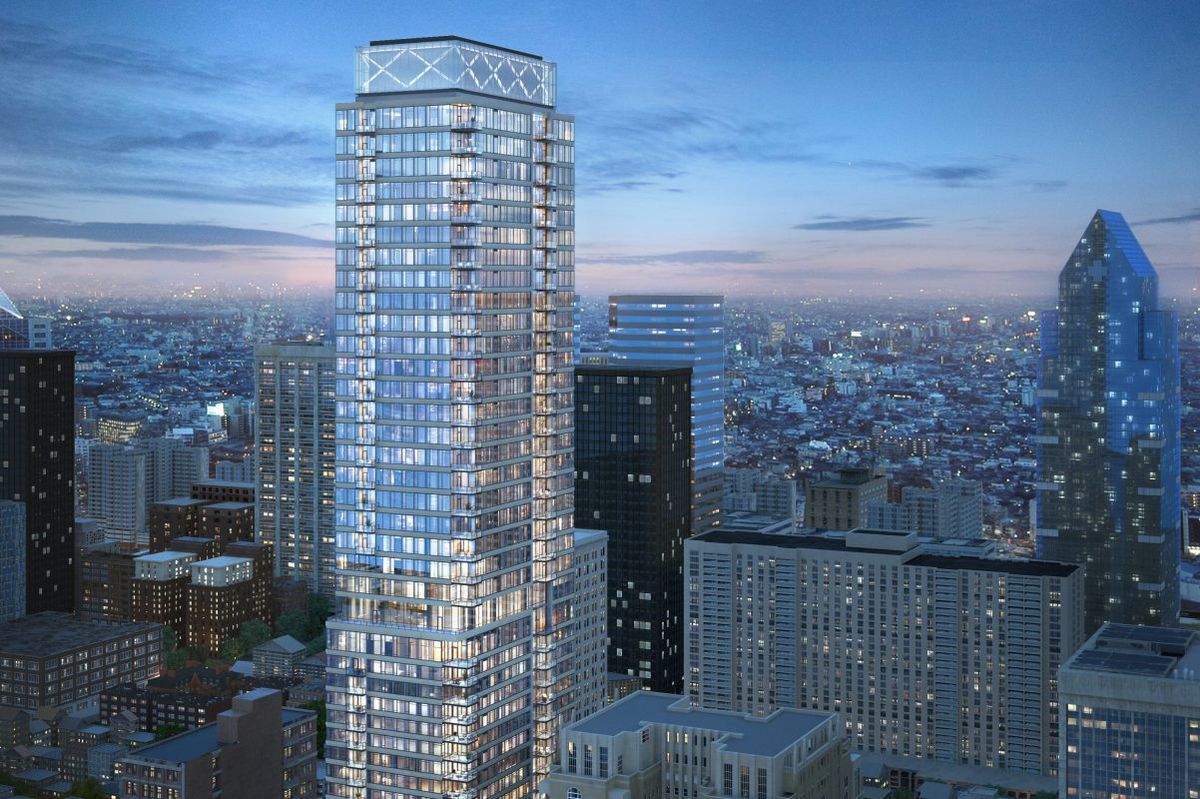 Southern Land Co. decided to offer stays of as little as a few nights at a time in furnished units within the 48-story tower at 1911 Walnut St. in response to demand for hotel-style accommodations in the upscale section of the city 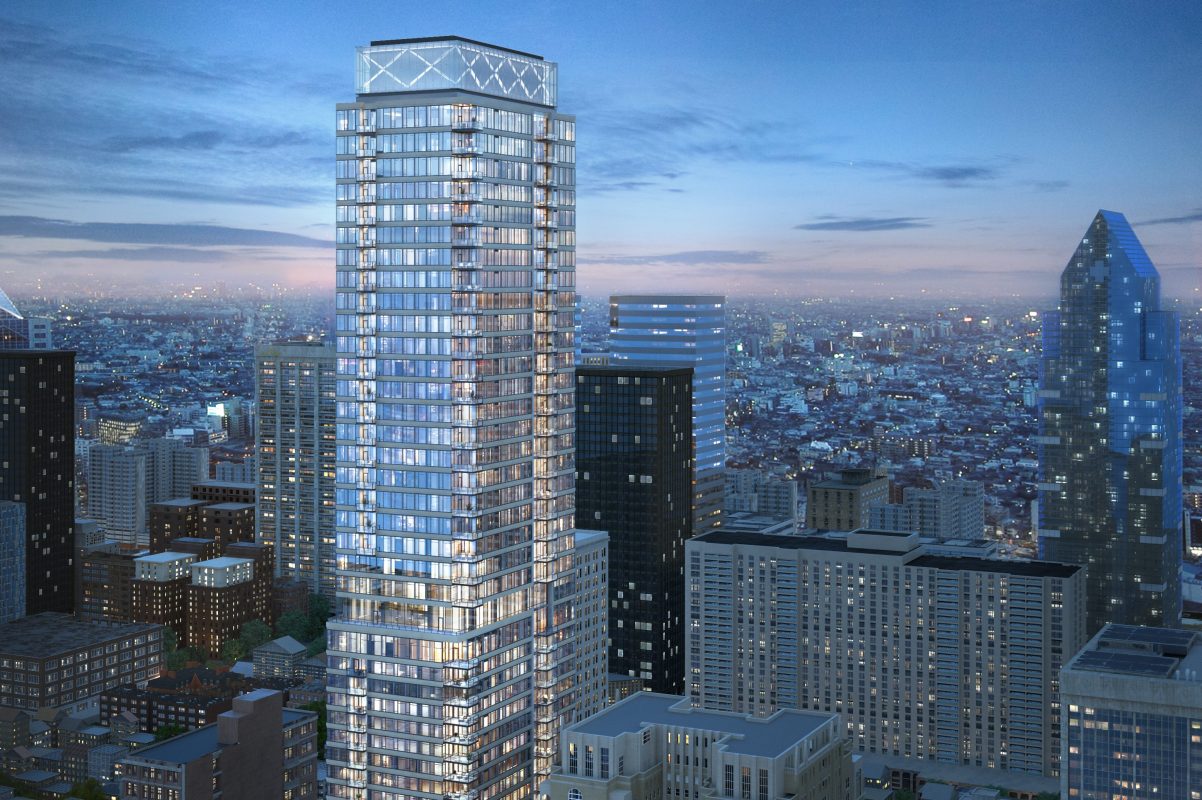 "On Wednesday morning, a ceremonial ribbon cutting will take place for Lincoln Square, a new $160 million mixed-use development on South Broad Street in Philadelphia and then late in the afternoon the following day, ground will be broken on the Laurel, a new $300 million luxury condominium tower that will rise on the last developable parcel around Rittenhouse Square.

Southern Land Co. of Tennessee is developing the Laurel. The company’s CEO, Tim Downey, is smitten with Philadelphia — especially Rittenhouse Square — and wants to “set the market” with the Laurel and its 74 condominiums and 24,000 square feet of retail. Southern Land is confident it will have buyers for the Laurel’s units, which will start at $2.5 million. Philadelphia has proven in recent years that there is a market for super high-end condos.

Checking in with Rittenhouse’s newest luxury apartment tower, the Laurel

The project is on track, with plans to wrap up in 2021 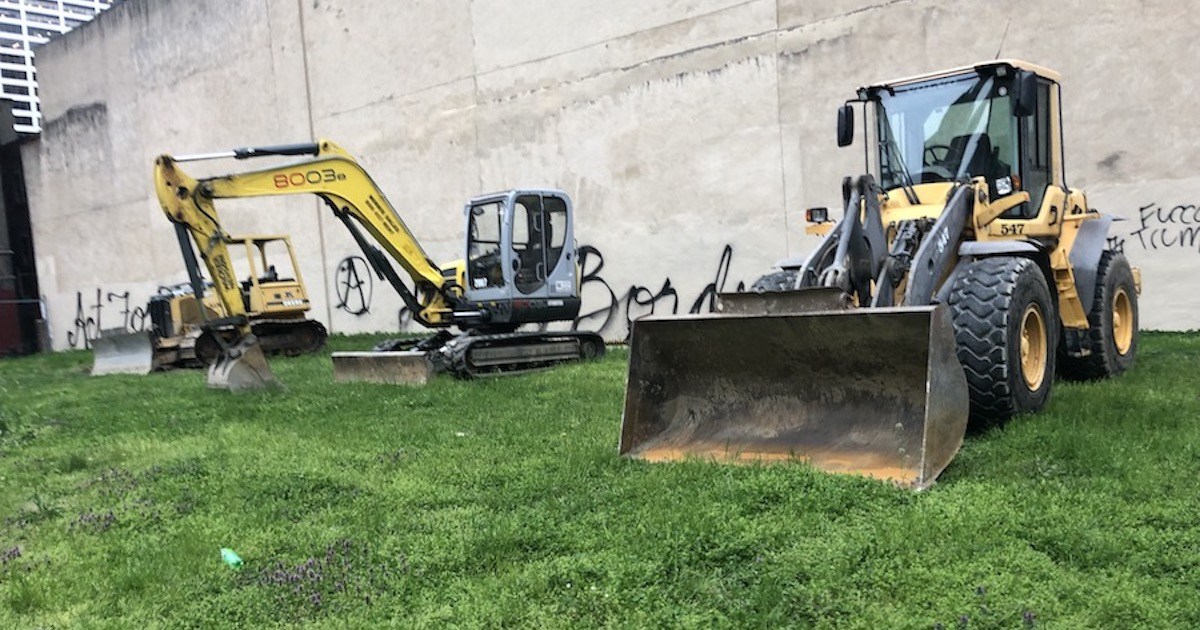 The Laurel Will Finally Break Ground for Real Over in Rittenhouse Sq. Within...

The actual start of construction just happens to come six months after the six-month-early ceremonial one.


"Southern Land Company was eager to show off how strong demand was for condo units at the Laurel, the eventual tallest residential tower yet built in Philadelphia. So eager were Southern Land officials that they staged a ceremonial groundbreaking last September, six months ahead of the date they had planned to break ground.

Since then, many observers have passed the grassy lot at the northwest corner of Rittenhouse Square and wondered when the dirt was actually going to start flying.

Here’s the latest from Southern Land: It will start flying either next week or the week after, depending on when all the paperwork is complete.

That just happens to be six months after the ceremonial groundbreaking, so the project is actually right on schedule.

Southern Land’s Philadelphia development manager, Brian Emmons, told Philly Mag yesterday that relocation of utilities beneath Moravian Street and administrative and regulatory matters with the Department of Licenses and Inspections accounted for the lag time between ceremonial and actual groundbreaking. Final construction permits should be in hand by the end of next week, he added.

As of now, 25 percent of the 74 condominium units on The Laurel’s upper floors have been pre-sold. The company celebrated this milestone yesterday with a preview event where guests deposited items in a time capsule that will be built into the building’s foundation and opened a century hence.

The 600-foot-tall Laurel remains on track to meet a scheduled 2022 completion date."

One of five original squares planned by city founder William Penn in the late 17th century, Rittenhouse Square is considered one of the finest urban public spaces in the United States, and Rittenhouse Row has long been home to Philadelphia...

prep work has started. photo by jsbrook on ssp 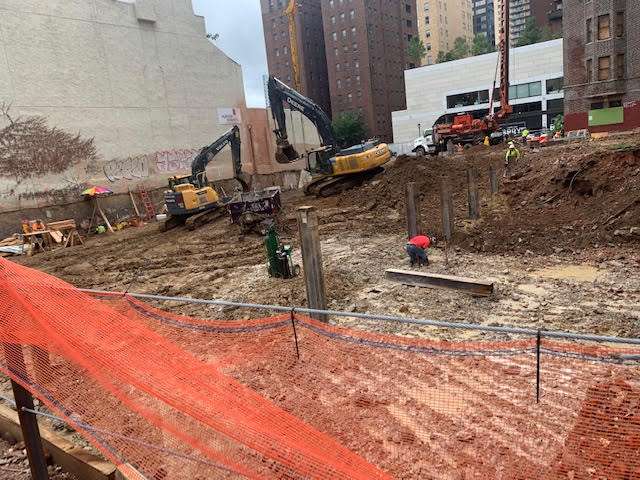 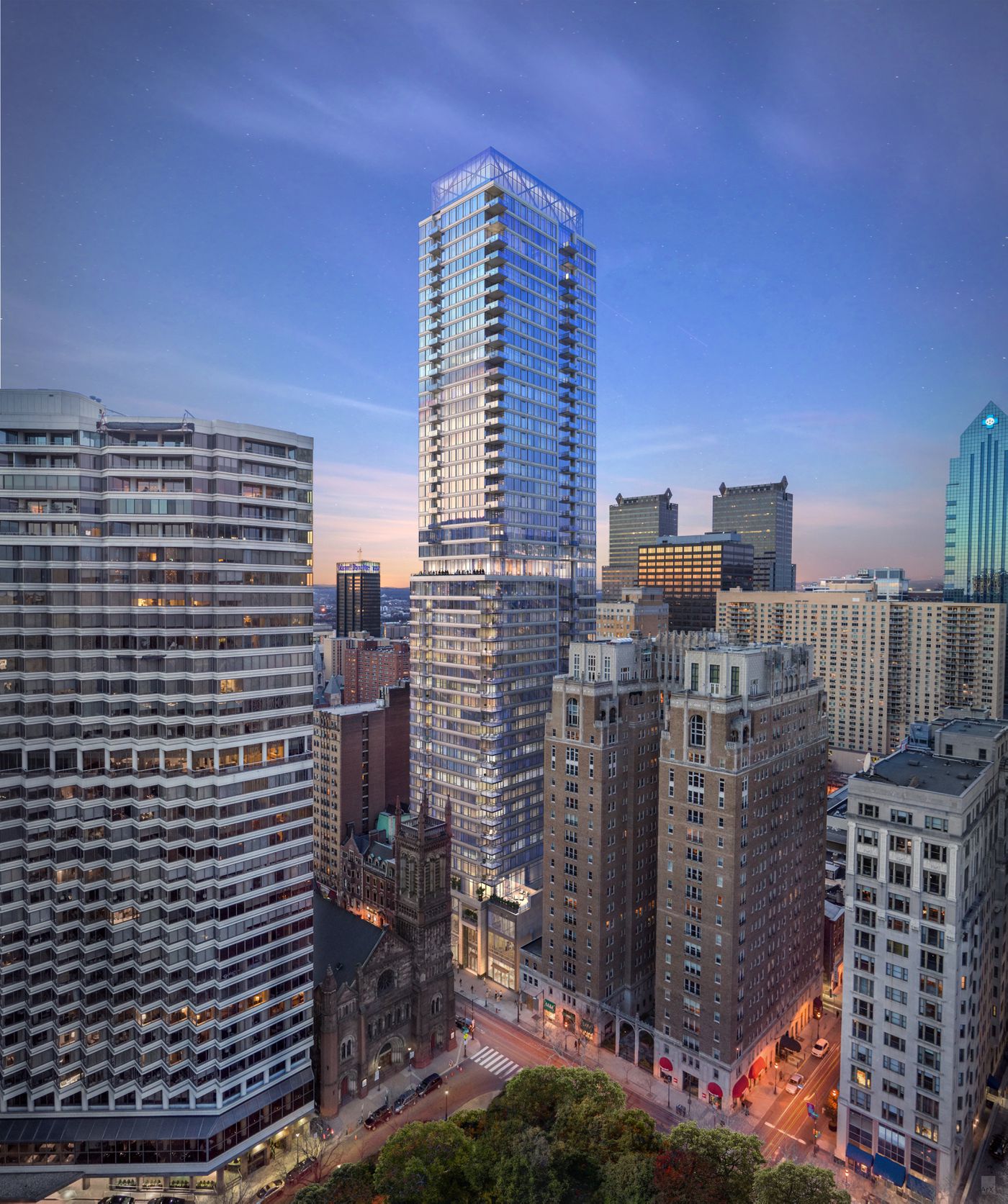 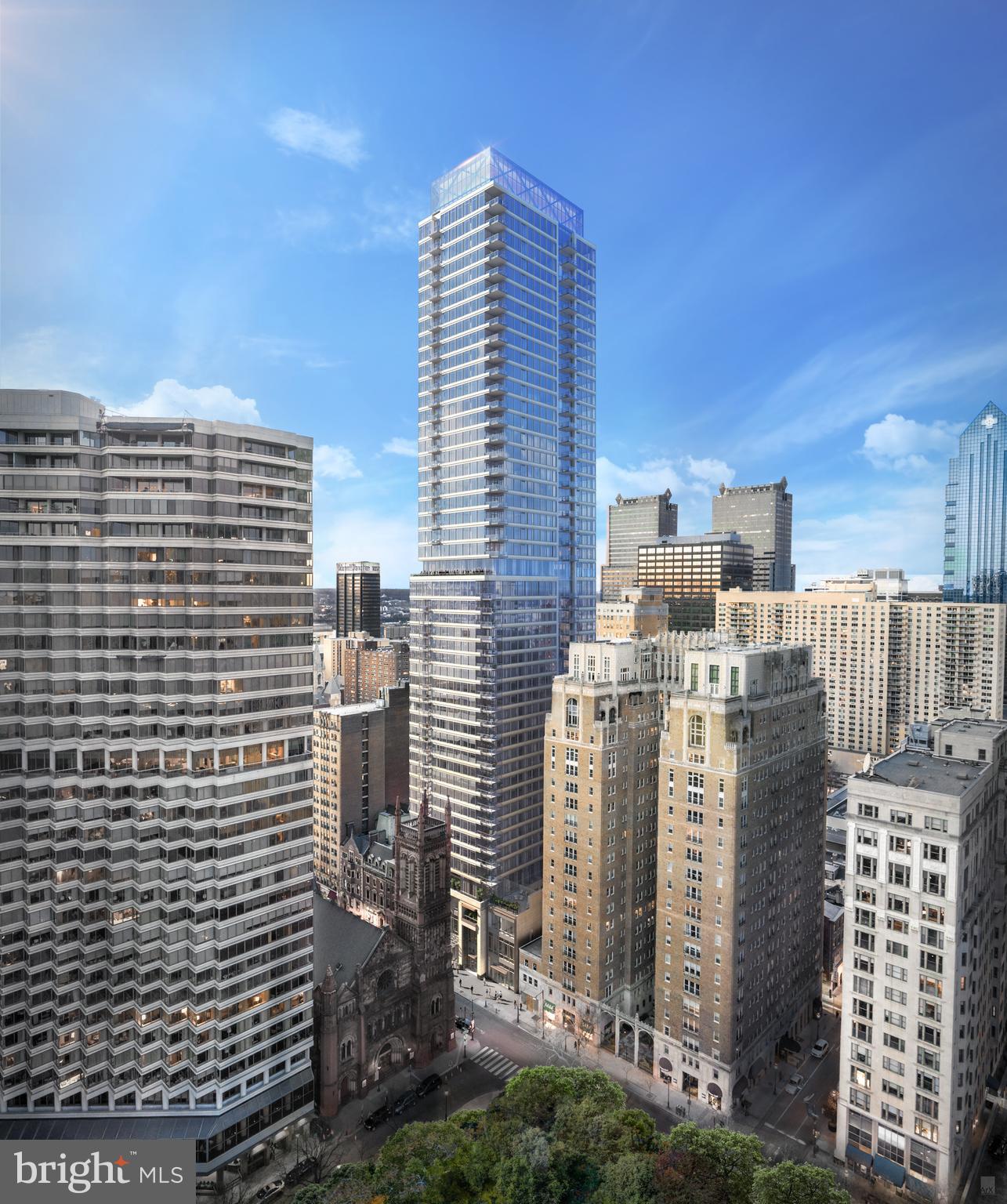 I know it doesn’t make much of a difference overall, but it’s annoying this thing isn’t 1 foot taller. Someone should go up there when its finished and install a 1 foot spire lol