If nothing big is to be built here, this topic can be merged with the corresponding topic later.

„It was a huge disappointment to see these buildings get demolished and we feared that we would have to live with a blighted lot in Rittenhouse Square for years to come. All three properties were under different ownership at the time of the fire, making consolidation and disposition efforts difficult. Further complicating matters, the properties are within the Rittenhouse / Fitler Residential Historic District. So, any new development on the site has to be approved by the Philadelphia Historical Commission and the facades of the now demolished buildings have to be reconstructed. In our opinion, it looked like we wouldn’t see these properties trade hands or get developed for a long time.

Well, it looks like our thinking was incorrect. It was reported today that a New York company purchased all three properties for $15 million. Combined, these lots total nearly 11,500 square feet and with their CMX-5 zoning, they should be able to accommodate a tower. At a $15 million purchase price, we imagine the buyers have big plans.„ 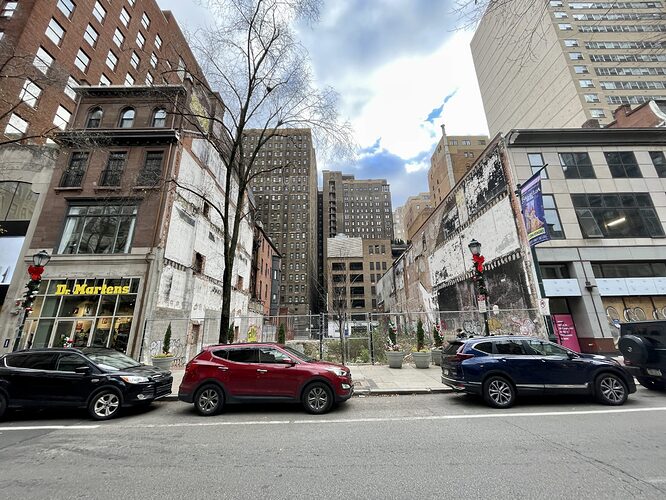 If you’ve been in Rittenhouse Square doing holiday shopping on Walnut Street recently, you probably noticed the gaping hole in the high-end commercial corridor. Three historic buildings at 1706, 1708, and 1710 Walnut Street were demolished in early...

I hope something big comes along, yeah…

There was a lot of local talk about how much the media played down this fire.