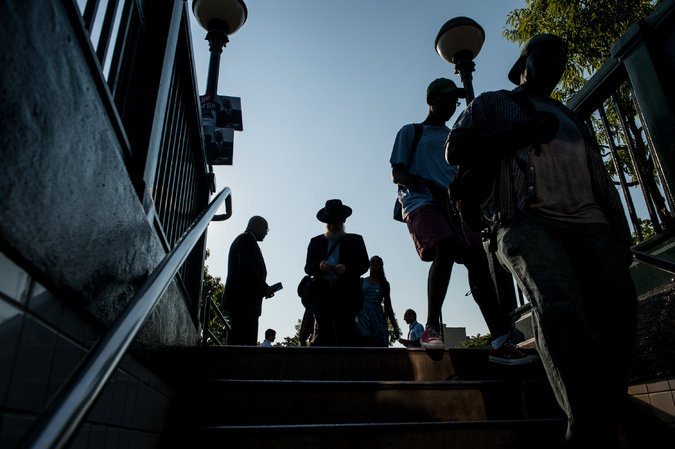 Among the far-reaching ambitions of Mayor Bill de Blasio’s OneNYC plan, one proposal stood out in the transportation world on Wednesday: the study of a new subway line along Utica Avenue in Brooklyn.

The concept is hardly new; it has been debated for at least a century, with no discernible results.

A 1910 article in The New York Times, under the headline “Transit Outlook Bright in Brooklyn,” said “a strong movement” was afoot to construct it. Another effort was made in 1928. More recently, an attempt in the 1970s failed after a City Council member from Brooklyn complained that the area did not have a large enough population to support the line.

Nonetheless, the de Blasio administration placed the concept back in the spotlight, suggesting that the area was a prime spot for expansion because it is one of the most crowded parts of the city without direct access to the subway.

The mayor’s request for the Metropolitan Transportation Authority to examine bringing No. 3 and 4 train service down from the Eastern Parkway branch, through East Flatbush, came as a surprise to many.

“No one expected this,” said Mitchell Moss, the director of the Rudin Center for Transportation at New York University. “It’s refreshing to see a proposal to extend mass transit into areas of Brooklyn that are transit-deprived. It’s obviously an idea that will take more than a decade to be carried out, but you have to start with an idea.”

Transit advocates quickly pointed out that Mr. de Blasio had not offered a financing plan for an extension, and that the authority already had a $15 billion gap for its five-year capital plan for improvements to the aging system.

“The issue is: Where’s the check?” Gene Russianoff, a staff lawyer for the Straphangers Campaign, an advocacy group, said of the Utica Avenue idea. “It’s only credible if the city is willing to help finance it.” 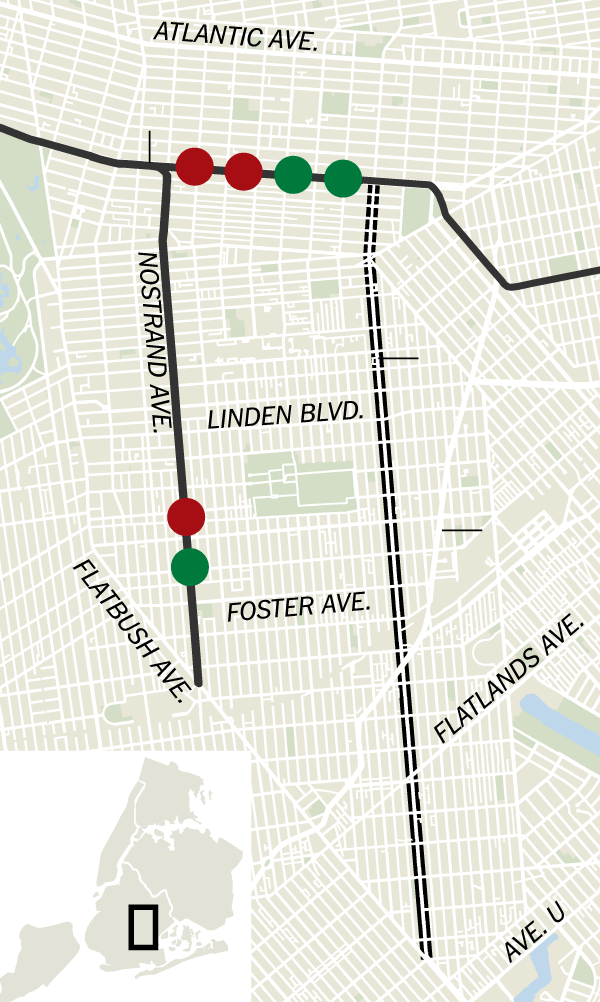 By The New York Times

“I’d like to talk about it more when the Second Avenue train is completed,” he said with a tone of skepticism. “But I’m happy the mayor is talking about transportation issues in South Brooklyn, because too often it’s left out of the discussion.”

Mr. Russianoff agreed, saying that Mayor Michael R. Bloomberg had instead prioritized extending the No. 7 line to the Far West Side of Manhattan — a project that has been delayed but may finally open this summer. (Mr. Bloomberg directed the city to pay for the $2.4 billion project, the first subway extension paid for by the city in more than 60 years.)

The dream of a Utica Avenue line has had plenty of false starts.

Its plight was outlined in the 2013 book “The Routes Not Taken: A Trip Through New York City’s Unbuilt Subway System,” by Joseph B. Raskin, a former New York City Transit employee. Past proposals would have connected it to the No. 3 and 4 lines, the A and C lines, or even to Lower Manhattan. “It’s always been to me one of the lines that should have been built all along,” Mr. Raskin said. “The question was always what line is it going to plug into — and the cost.”

More info. on subway routes that never were built.

Good stuff! Expansions, like the Utica Avenue branch, are incredibly important for the city right now.

Last week, everyone loved transit. Mayor de Blasio had the idea for a whole new subway. Not to be left out, Gov. Cuomo reminded everyone that he’s going to build four new commuter-rail stations.

But New York’s transit system is in a lot of trouble — because everyone wants to start mega-projects without finishing what other pols started.

Consider the mayor’s idea: a subway on Brooklyn’s Utica Avenue, parallel to the F train four miles west. The state-run MTA would extend the 3 and 4 trains southeast from Eastern Parkway.

That’s fine. Southeast Brooklyn, as the mayor noted, is one of “huge swaths of the outer boroughs that don’t get enough service, and this is an example of a line that might make a lot of sense.”

…It’s hard to take de Blasio and Cuomo seriously when they show no interest in paying for the old — let alone the new. Cuomo has allowed the MTA to add hundreds of millions of dollars to its annual costs, with big raises to LIRR and subway workers and little reform on retirement costs and work rules in return.

De Blasio has added billions to the city’s annual labor costs. That’s money that could have gone to finishing what we already started.

But this year, Cuomo allowed the MTA to slash its planned fare hike in half, making it necessary to borrow more money for new projects.

Neither the mayor nor the governor has said whether he supports charging drivers to enter congested Manhattan, as a new plan proposes. (Whether you like that idea or not, somebody has to pay.)

As for Utica Avenue? De Blasio doesn’t even want to pay the few million dollars to study the new subway. That’s the job of Cuomo’s MTA, the mayor’s staff says.

Longer-term, the city’s solution is to wait for more money from Washington, de Blasio’s chief deputy reminded reporters Friday. But the MTA is already counting on $6.3 billion in new money from the feds — and it’s not as if the rest of the country is eager to give the richest city in the country any extra money.

So don’t plan on riding the subway on Utica Avenue or Metro-North from The Bronx any time soon.