Quadrum Global plans to add a 173-unit residential building to the Brooklyn waterfront. 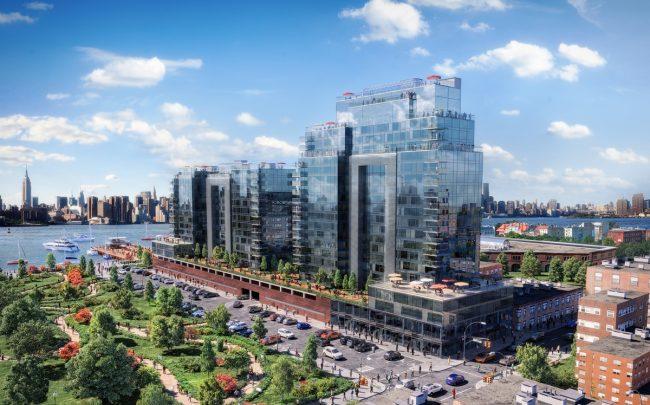 Another Adjmi for the Brooklyn waterfront, nice.

Under construction as of today 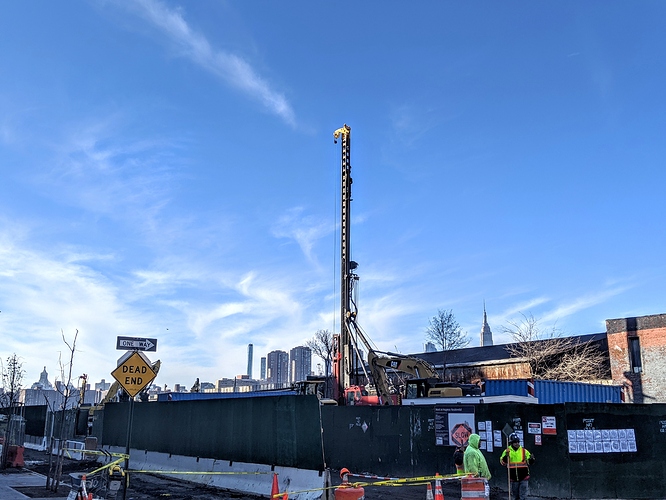 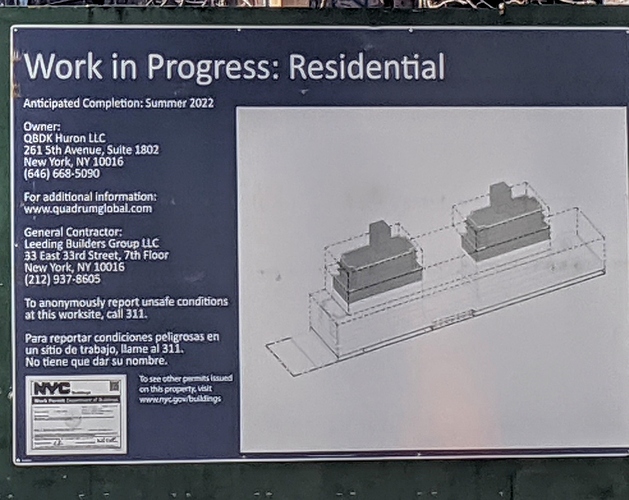 Might be something to watch. Something will rise here.

This is a bargain btw in the NY real estate game. Given what we know about the proxy towers and developments nearby, this will further catapult the East River skyline stretching from DoBro to LIC. 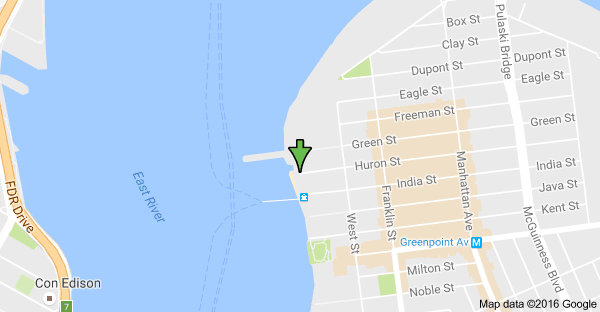 A 1.5-acre waterfront parcel in Greenpoint has hit the market for $60 million.

The development site, at 1 Huron St., is in the midst of several major apartment tower projects—a wave of development that will transform the once-industrial area into a sprawling residential enclave.

Parcel owner Quadrum Global has hired James Nelson, Mitchell Levine and Brendan Maddigan, a team of brokers from Cushman & Wakefield, to market and sell the site.

The property has a vacant 80,000-square-foot, two-story warehouse that could be razed to make way for about 180,000 square feet of residential development. The site borders a higher-density residential district, opening the possibility that a buyer could seek an upzoning of the site in exchange for including a significant component of affordable housing in a project. Under that scenario, 330,000 square feet of residential space could potentially be built.

Levine said the large footprint could allow a developer to include sought-after amenities such as private park space, which could be built on top of parking that is required as part of any residential development on the site.

“You could deck over the parking and have a private park here,” Levine said. “Being right next to the water, this is a development that can have exceptional features.”

Developers Brookfield Properties, Mack Real Estate and Joe Chetrit are all in the process of raising residential towers near 1 Huron St. Another builder, Park Tower Group, is planning to develop 5,500 units on 22 acres it owns in the area.

That development is enticing to potential buyers of 1 Huron St. because it suggests the neighborhood will dramatically change in the coming years. The huge number of units, however, also represents competition at a time when residential builders have become nervous over the growing supply of luxury apartments under construction in Brooklyn.

Nelson said that large pipeline of development would not weigh on the desirability of the site because there are so few available parcels in Greenpoint, a coveted residential neighborhood.

“There are so few sites available, developers are running out of places to build in places like Greenpoint,” Nelson said. “We think interest will be very strong.”

Maddigan said 1 Huron St. will connect to a waterfront esplanade that city planners plan to eventually build, connecting Brooklyn Bridge Park to Williamsburg. That opens the possibility for retail space on the building’s ground floor along what will one day be a heavily trafficked leisure-way.

“You could have a café and a bike shop, uses that will compliment the esplanade,” Maddigan said. 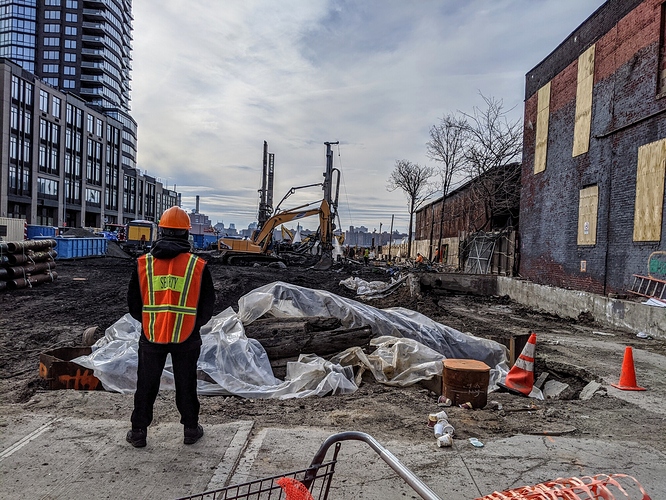 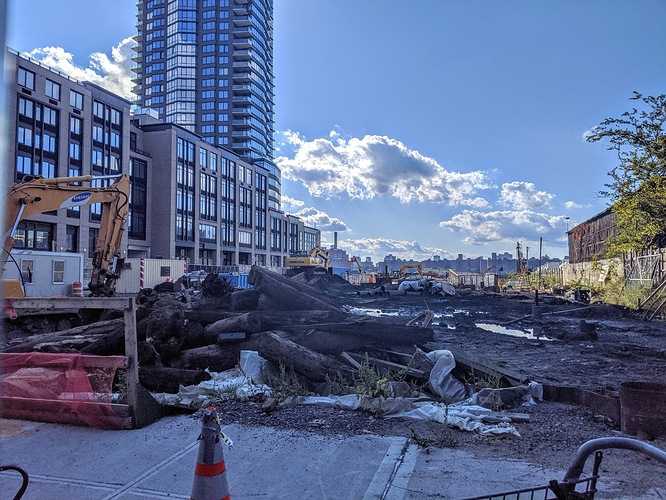 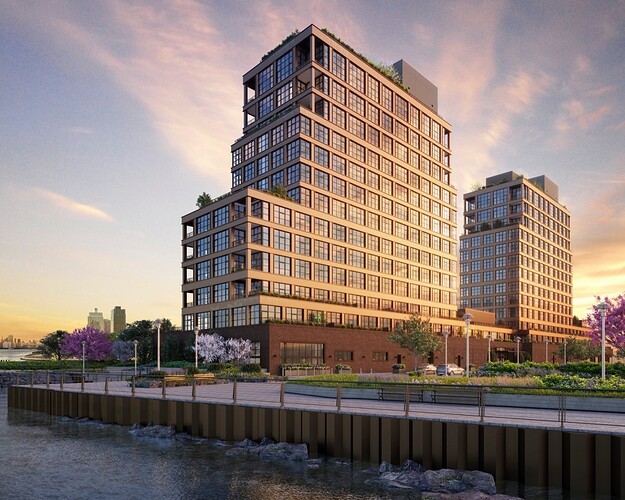 Currently on the rise in Greenpoint is 1 Huron Street, a new residential building comprised of two 13-story towers connected by a brick podium. The oversized factory windows will provide residents with exquisite views of the East River. Residents will also enjoy a robust amenity package, including a beautiful indoor pool with unobstructed views of the Manhattan skyline.⠀⠀⠀⠀⠀⠀⠀⠀⠀

The architectural design has turned out nicely; aesthetically a cut above generic (or building standard) architecture.

The cost, current construction industry capabilities, regulatory complexity, and quick completion requirements for building in the NYC metro area are daunting to say the least; so Architects, developers, and builders doing anything more than ‘building standard’ deserve rave reviews IMHO.

This one looks ‘lovely’… 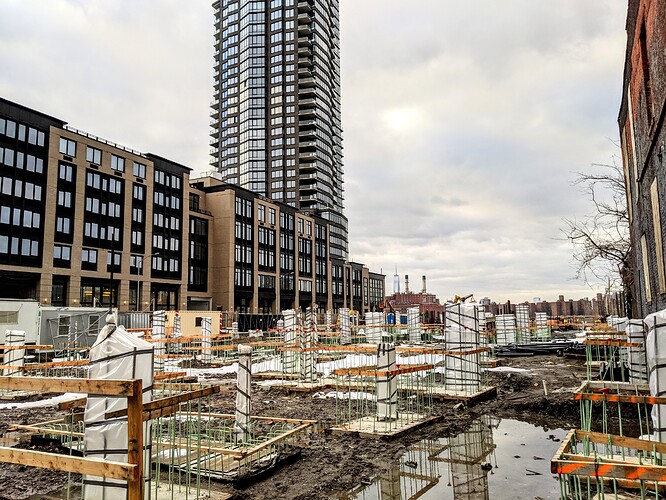 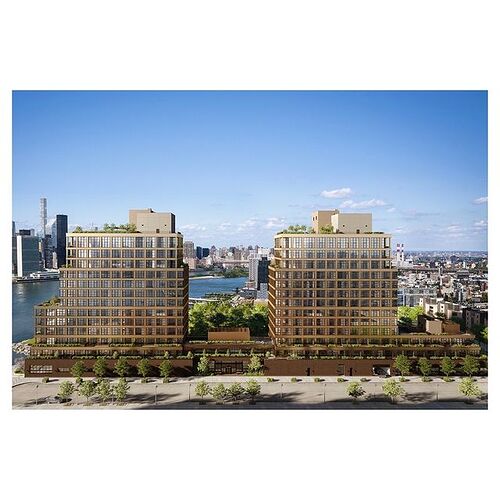 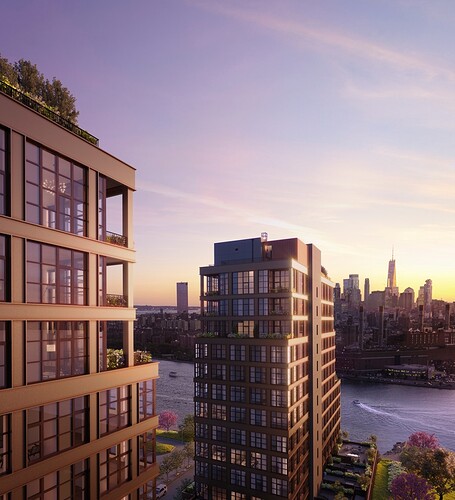 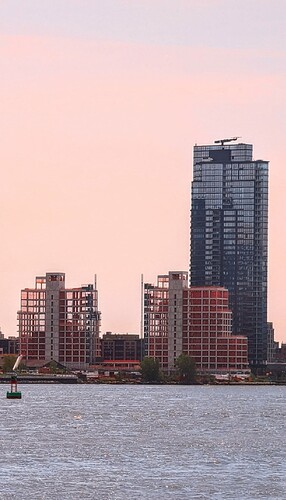 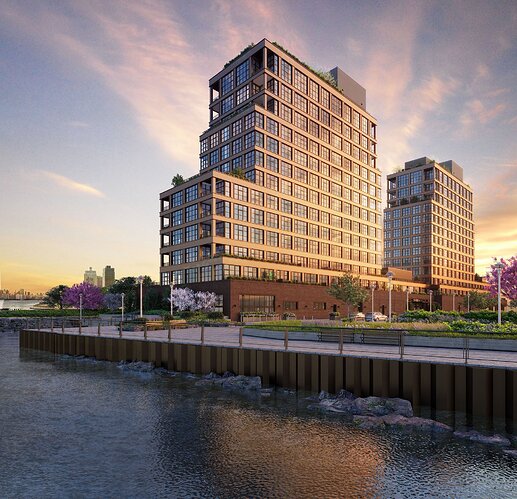 The Huron Two-Tower Development Tops Out at 29 Huron Street in Greenpoint,...

Construction has topped out on The Huron, a 13-story two-tower project from Morris Adjmi and Quadrum Global at 29 Huron Street in Greenpoint, Brooklyn. 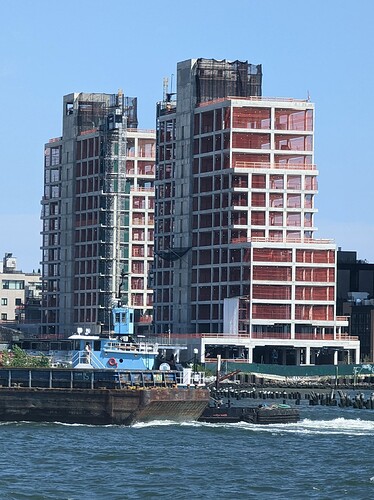 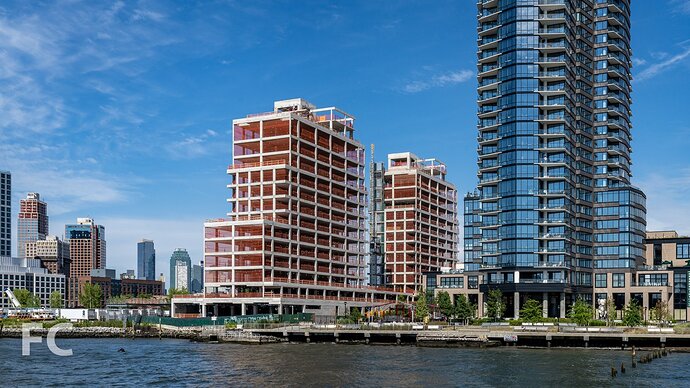 Superstructure has topped out at Quadrum Global’s residential development The Huron on the Greenpoint waterfront in Brooklyn. Designed by Morris Adjmi Architects, the project features two 13-story residential towers with a two-story base of... 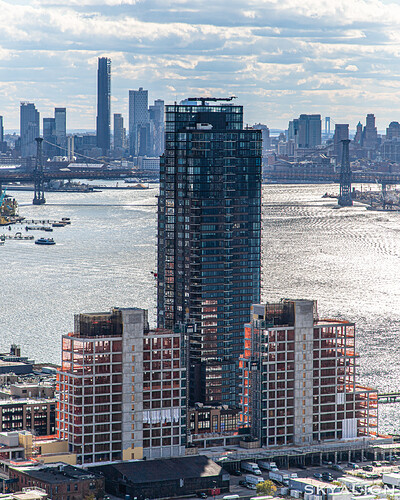 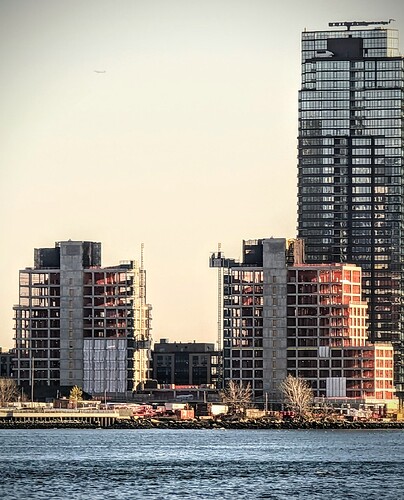