It seems Pendry Hotels will operate the hotel tower which will be the fourth new building in the campus. In addition to the luxury hotel, the building will include 45 condos.

Designed from the ground up for the modern luxury traveler, Pendry Manhattan West satisfies the desire for refined comfort and engaging experiences.

on the main page of the MW website, the hotel is now listed at 21 floors. Maybe the condos were ditched?

Looks like this should start to go vertical soon. The foundation work looks like it is almost complete now. 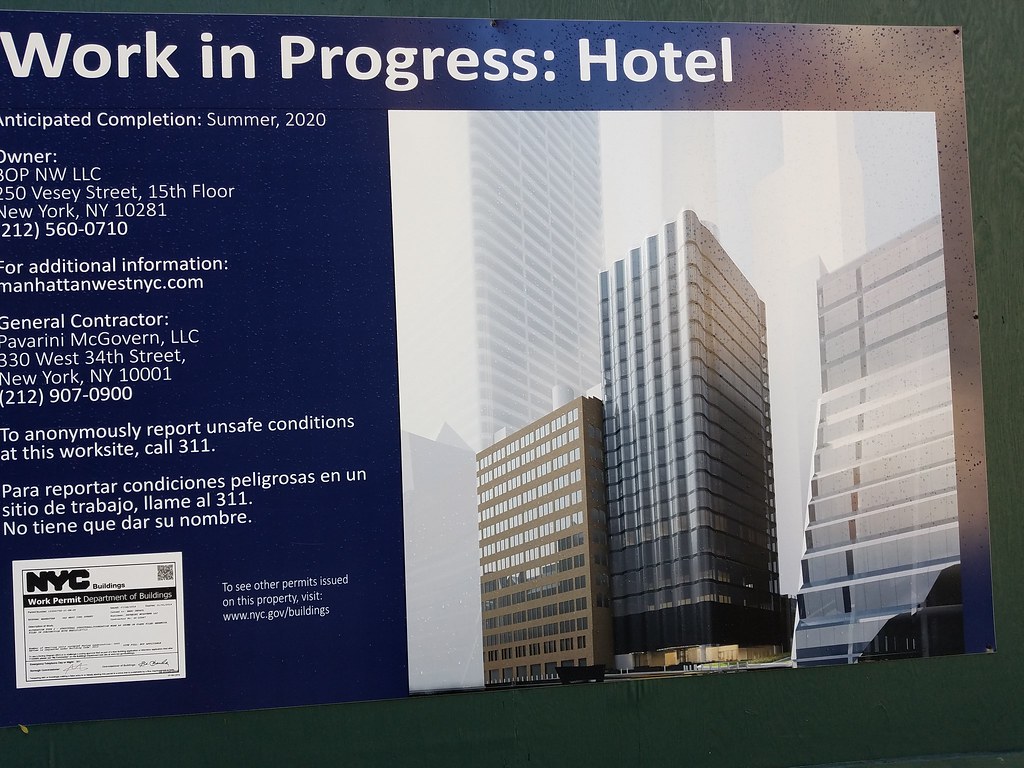 50 years in the making, Manhattan West, the eight-acre, seven-million square foot, six-building mixed-use development, will have a hotel run by Can we get something other than blue glass in the HY area?

Might as well paint the roads blue at this point.

Maybe even if the glass was a silver color. Or if they kept 5 Manhattan West’s concrete sides instead of the same reflective glass.

Too much glass for my liking. The designs are great, I just wish they had a larger palette of materials to work with

What is the building in between 1MW and this?

I wonder the same thing. It makes the area look very… compact… in the renders.

I think it is part of the MW megaproject. I think they are renovating it to become office condo suites.

The only good info I got was from 2014 articles, when Planned parenthood and other tenants occupied it, and it also had a different owner. Real Estate Weekly had an article saying “Tearing it down would create enough space for a fourth tower to replace the low-rise buildings currently planned around Vectra’s building.” But it seems it’ll just be built along side it.

I think it’ll probably come down in the near distant future for more open space, if this remains true today. It isn’t bad of a building but in an open complex of glass buildings, it’s a blight.

Does Brookfield own this building?

It is 4 manhattan west and is part of Brookfield. They are calling it the lofts.

The lofts is actually a separate building; the old one in the campus that is being converted into, well, lofts. This is a new construction hotel.

I think we have been responding to mrmaymans question of what is between the hotel and 1mw.

Oh, I thought this was 4MW.

The Eugene is 3MW, correct?

Pendry is 4, Eugene is 3, 5 is that ex-brutalist thing, and the older building is lofts.