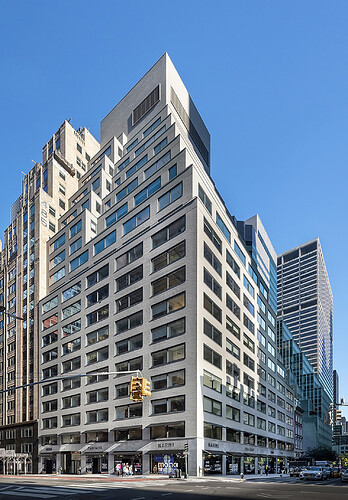 Retail by MONA, the leasing and advisory firm guiding tenants and landlords through an evolving retail landscape, announced today that FedEx has signed a long-term lease for 2,276 square feet of retail space at the newly repositioned 477 Madison...

This building sucks. I’m really disappointed that it wasn’t razed.

Are the buildings opposite GC available to develop or are they landmarked?

The whole block south of the Grand Hyatt has all landmarked buildings and all the buildings surrounding it are landmarked as well (GC, Graybar, Chrysler, Socony Mobil, Chanin, etc). However none of the buildings surrounding One Vanderbilt are, aside from Grand Central Terminal. This is unfortunate since it would be nice to see One Grand Central Place’s façade restored at the top from it’s current botched state. 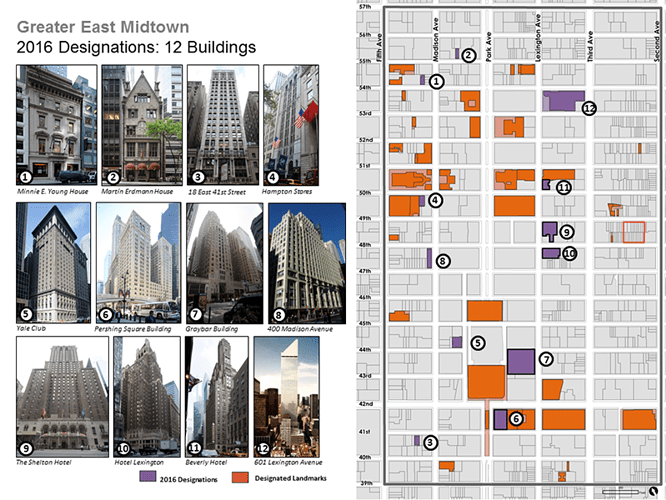 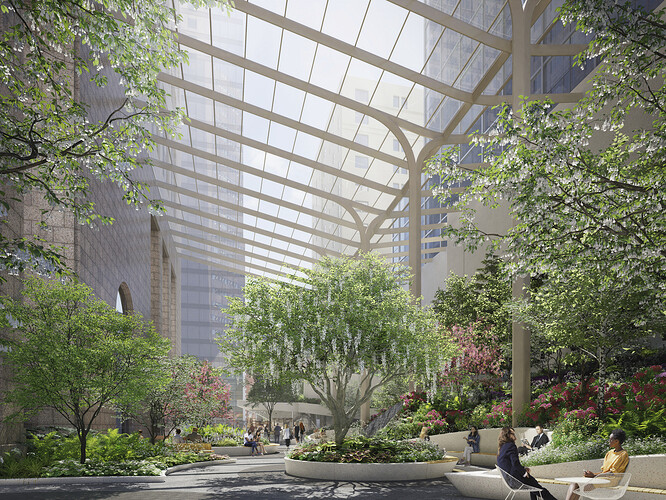 Construction is nearing completion on Snohetta's landscaped plaza for RXR Realty and The Olyan Group at 550 Madison Avenue in Midtown East.

A list of buildings which are on the works in this area?
There haven’t been news in a long time since rezoning tbh.

Off the top of my head. 343 Madison is undergoing demolition, Grand Hyatt will soon be shutting down and preparing to do the same, 270 Park is being built as we speak and 415 Madison just had plans refiled

is there a chance of a supertall on 415 madison?

JPMorgan’s Headquarters Plan Paves Way for Another Manhattan Tower [image] JPMorgan Chase & Co.’s plan to erect a new Manhattan headquarters is clearing the way for the demolition of a nearby office building that would be replaced by a new tower. Rudin Management Co. has approached city officials about a proposal to tear down 415 Madison Ave., a 24-story office building that is located about 500 feet from JPMorgan’s planned headquarters at 270 Park Ave. , according to people familiar with t…

I’m not aware of any 3D based depictions (or any maps that show the buildings besides their lot outlines and streets) showing the inclusion boundary of buildings under the Midtown East Rezoning so I made my own depiction showing it. It probably would’ve been easier to read if the colors were different but I thought this scheme would show the density better by having all the colors be the same and just be different shades.

It was actually difficult to do this as the FAR changes do not follow any specific lot geometry and just slice straight through a number of buildings (really almost every single one) so I depict the different FARs that run through buildings as using the one that had the most area covered. 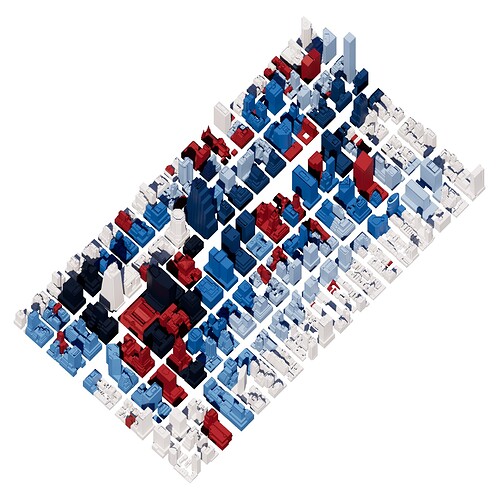 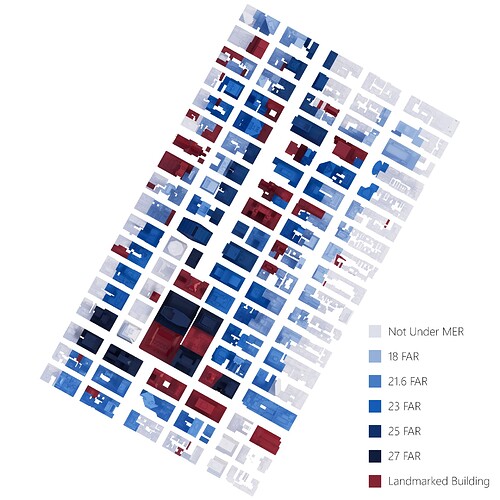 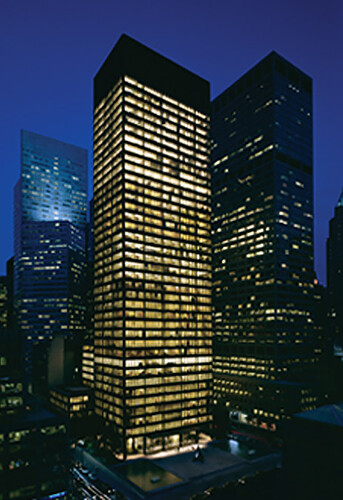 Anyone know the FAR on the phizer site?
And isn’t it directly next to the Chysler building?

It’s 21.6, but it’s not by the Chrysler building exactly, it’s on the same street on the east edge (in blue) on my image a few posts above.

Okay cool. It’ll be interesting to see what comes about there.

If it’s a commercial tower (which seems more appropriate for a site of that size and the area it’s in) without any additional air rights, I don’t think it will be that big, a residential tower could prove to be big, but would seem out of place (function wise).

What are you talking about?

I imagine they’ll go office. On the other hand however, those views of the Chyrsler, 1 Vandy and in the future 175 will make the suites sell like hotcakes.