It is one of the largest privately funded parks in the country, and it will soon be off Manhattan’s western shore.

Construction of the park, financed primarily through the couple’s private foundation, will begin in 2016 and include the demolition of the old Pier 54, which has been unused for years. The new pier will be called Pier55, and Mr. Diller has created an independent foundation that will build, operate and provide cultural programming for it in cooperation with the Hudson River Park Trust.

The city is providing $17 million, money that was allocated for the project under the Bloomberg administration and reaffirmed by Mayor Bill de Blasio . But the vast majority of the financing, more than $100 million, comes from Mr. Diller, the 72-year-old chairman of IAC/InterActiveCorp, a New York-based media company. New York state isn’t contributing funds to the park but will provide $18 million for construction of an esplanade leading into it.

In an interview on Friday, Mr. Diller said that when he was initially approached, the idea for the park was fairly prosaic—“a flat pier with some trees on it.”

His vision for the pier was more ambitious. “After all, you’re doing something kind of insane,” he said. “You’re building a park on the water.”

Mr. Diller tapped Thomas Heatherwick, a British artist, designer and architect known for creations such as the Olympic caldron at the 2012 London Games. For the New York project, he took inspiration from remnants of old piers that look like “dark fingers poking out of the water,” Mr. Heatherwick said.

The park will be composed of 264 undulating cast-concrete supports in 25 to 30 different sizes and arranged like colonnades rising from the water. Two gangplanks will connect the pier to entrances near West 13th and West 14th streets. The pier will include wandering paths, an open-air amphitheater and a plaza that can be used for performances.

‘Hollywood on the Hudson’ construction halted by appeals court

A Manhattan appeals court stopped construction on a $130 million park project dubbed “Hollywood on the Hudson,” which is being funded by media exec Barry Diller. Workers were to install pilings at …

marine life? What? If anything it will create a habitat once completed. 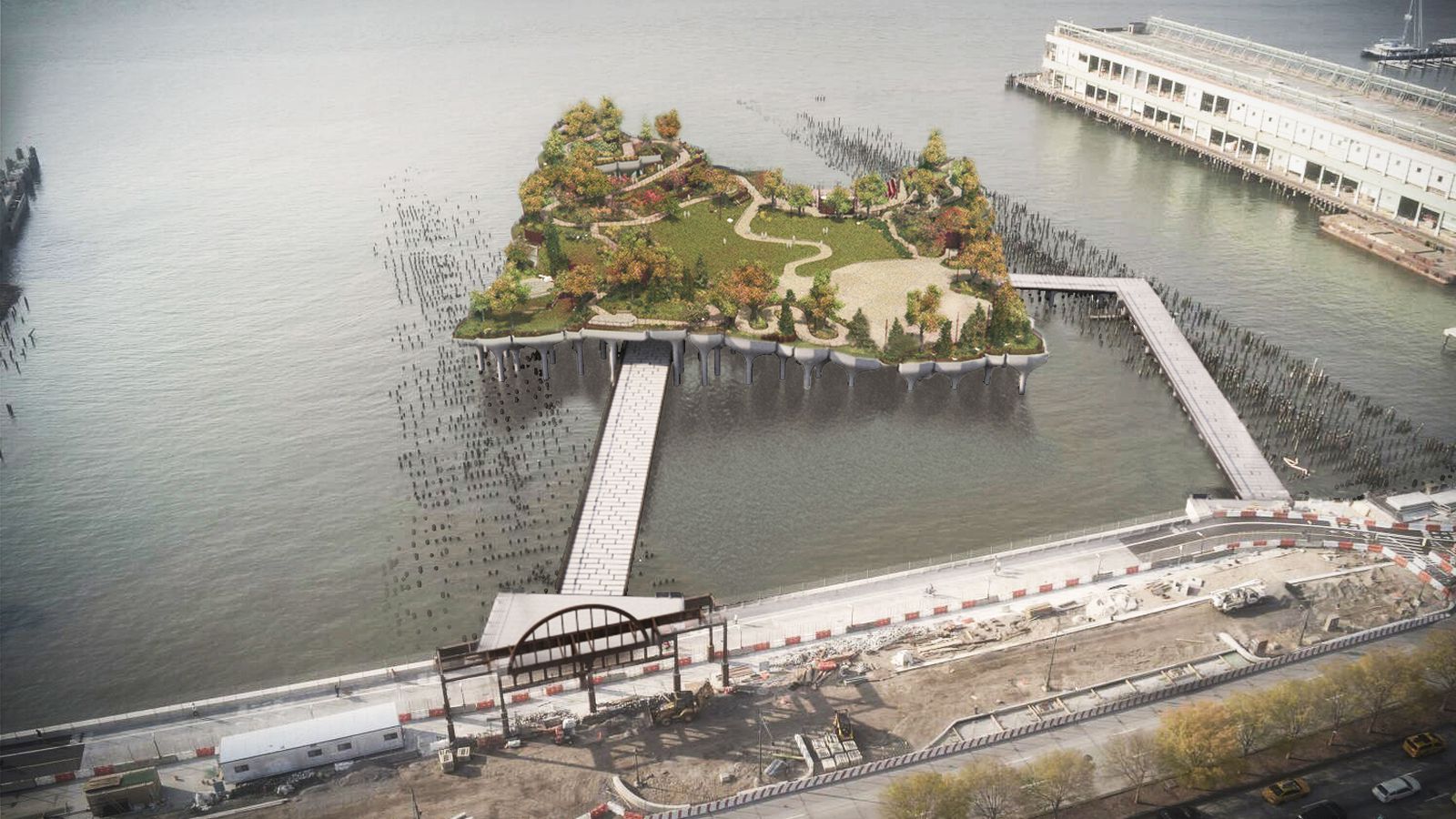 The $200 million Diller Island has received another setback.

I walked by on 3/24 and it appears that at some point over the last year they started the new pilings but one of the many court orders to stop construction has left this idle for a while.

Some of the piers are disgusting. Pier 40 is heinous. 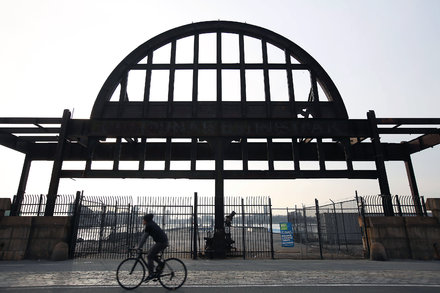 After six years and numerous lawsuits, and with the cost now estimated at $250 million, Barry Diller says it’s “no longer viable for us to proceed.”

After Cuomo intervenes, Pier 55's floating park is back on

The City Club of New York will also cease from filing any more lawsuits against the project.

The two walkways leading to the pier from Hudson River Park have mostly been laid. UPDATE 7.16.2018: Construction is moving along at the Thomas Heatherwick-designed Pier 55, according to the latest photos taken by CityRealty last

Forgot about this one. I didn’t realize it was a Heatherwick design. Same designer as the Vessel and one of my favorite Olympic cauldrons (from London 2012). At the end of the Olympics, they presented each participating country with one of the petals that made up the cauldron:

Yes!! This seemed like a pie in the sky vision, so glad it’s back on!

They should build a raised platform over 11th avenue for accessibility, and then connect it to the High Line over 13th St. It would run next to the Solar Carve gardens. That would be awesome.

Awesome, was the site active today?

I couldnt tell how much they were actually doing today. The cranes didnt seem like they were moving. It looks like they have made some progress on the piers though.

I really do hope that they integrate it in with the High Line. It’s inevitable that people are gonna see it from the HL and want to run out to it, might as well make a straight connection (and lots of tourists + 11th ave is a recipe for disaster)

Not a great pic but shows plenty of activity on site.
https://www.instagram.com/p/BimqAInF1WZ/?taken-by=kirkmcguiresculpture 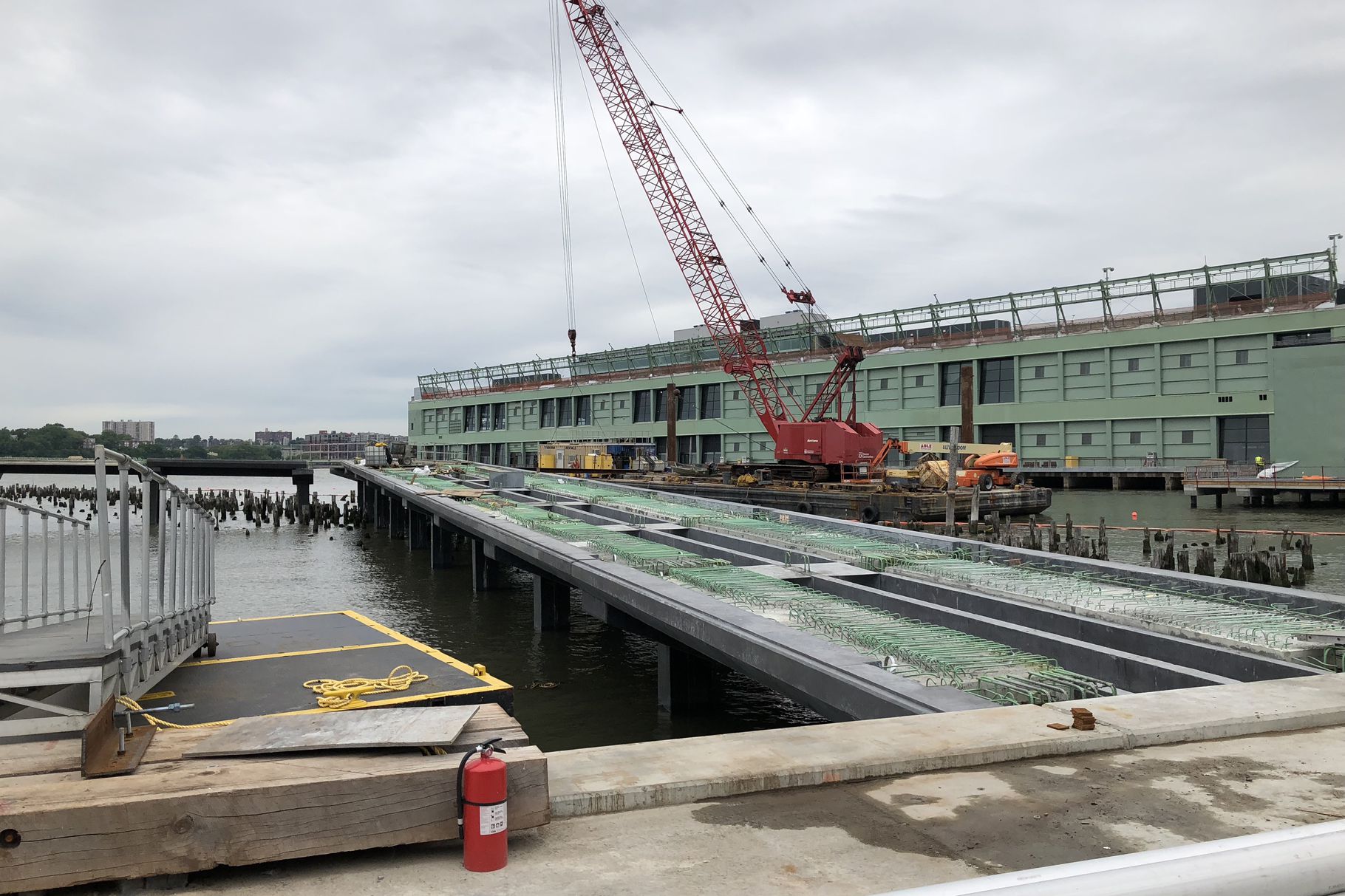 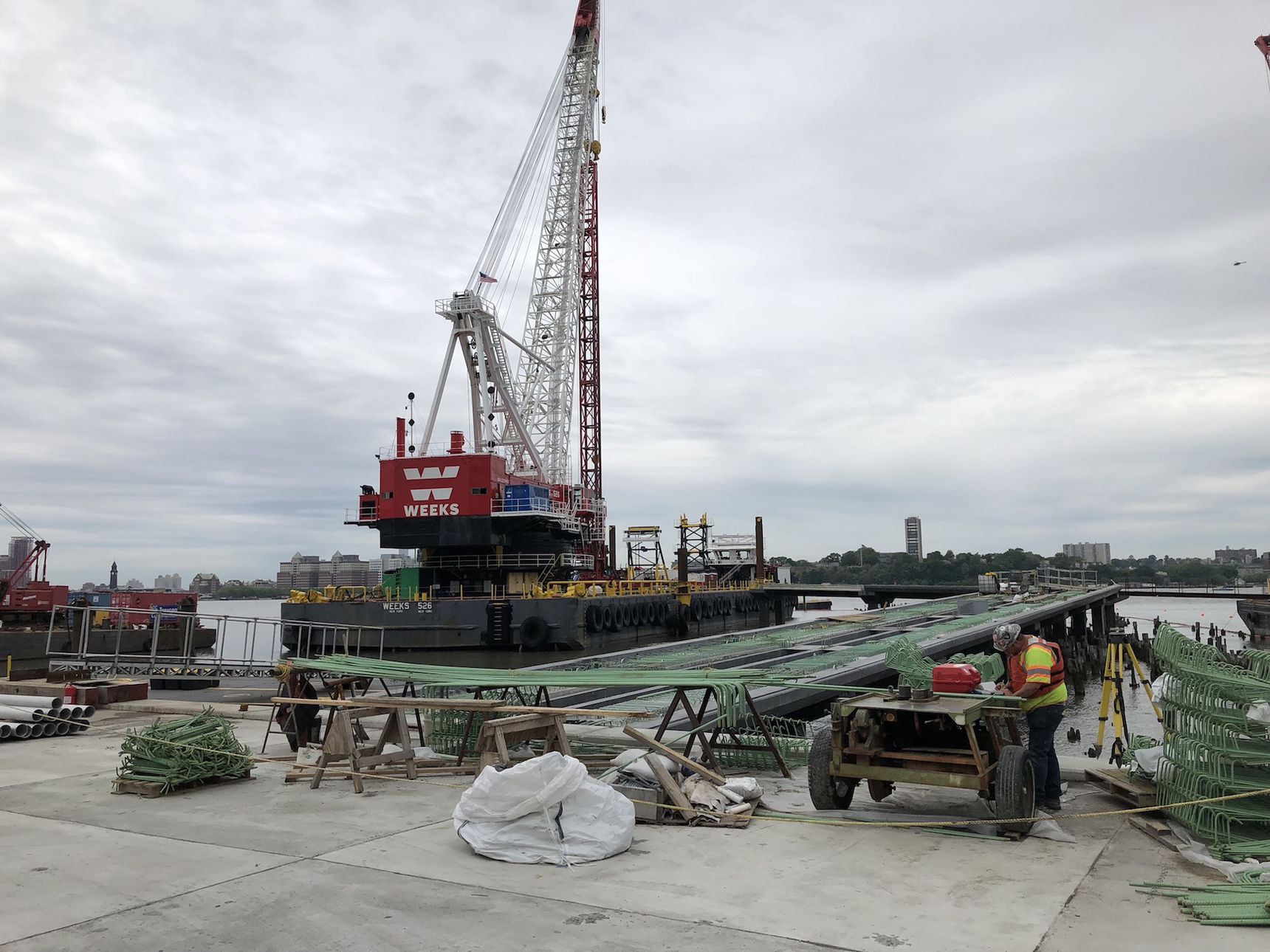 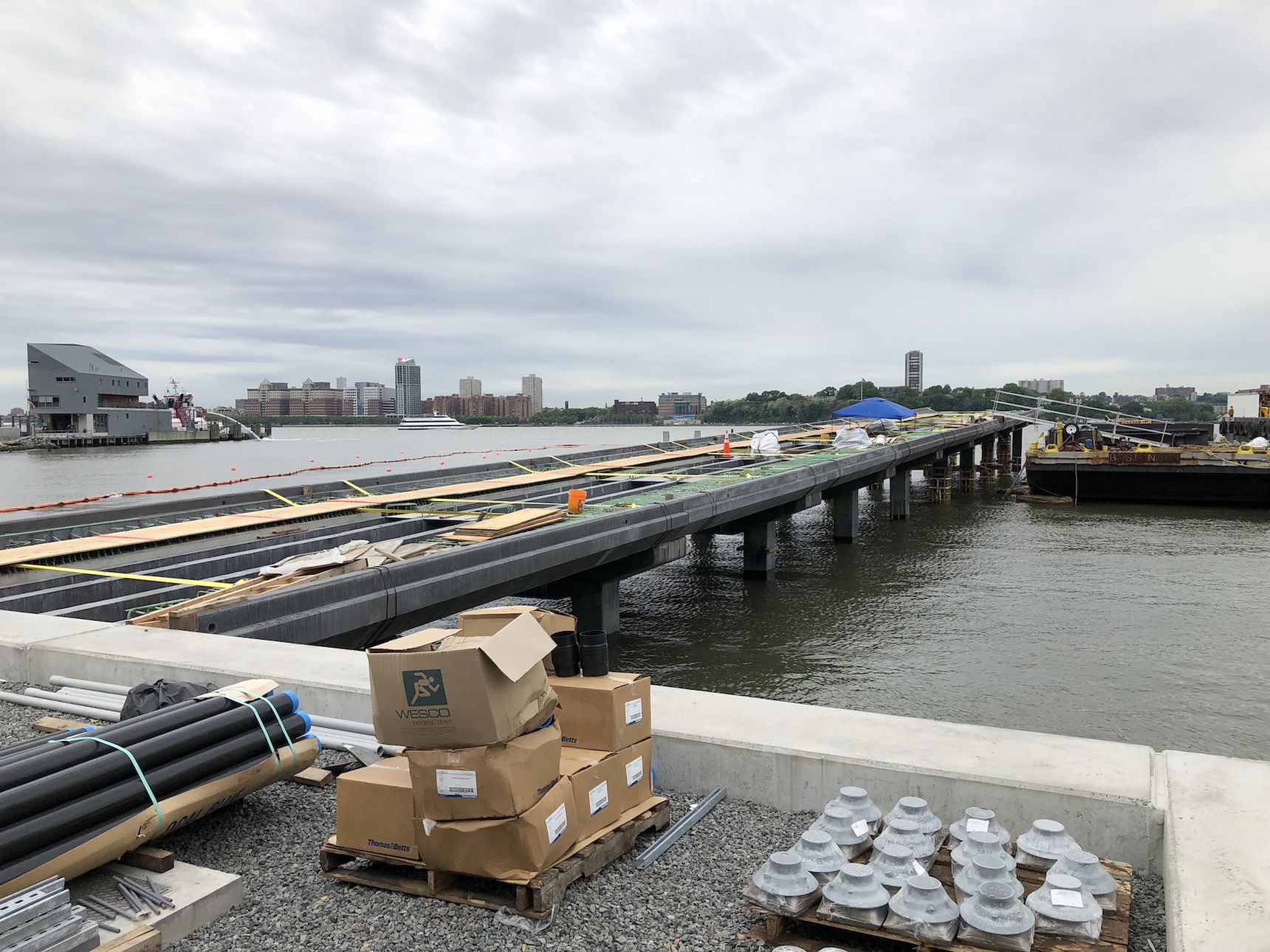 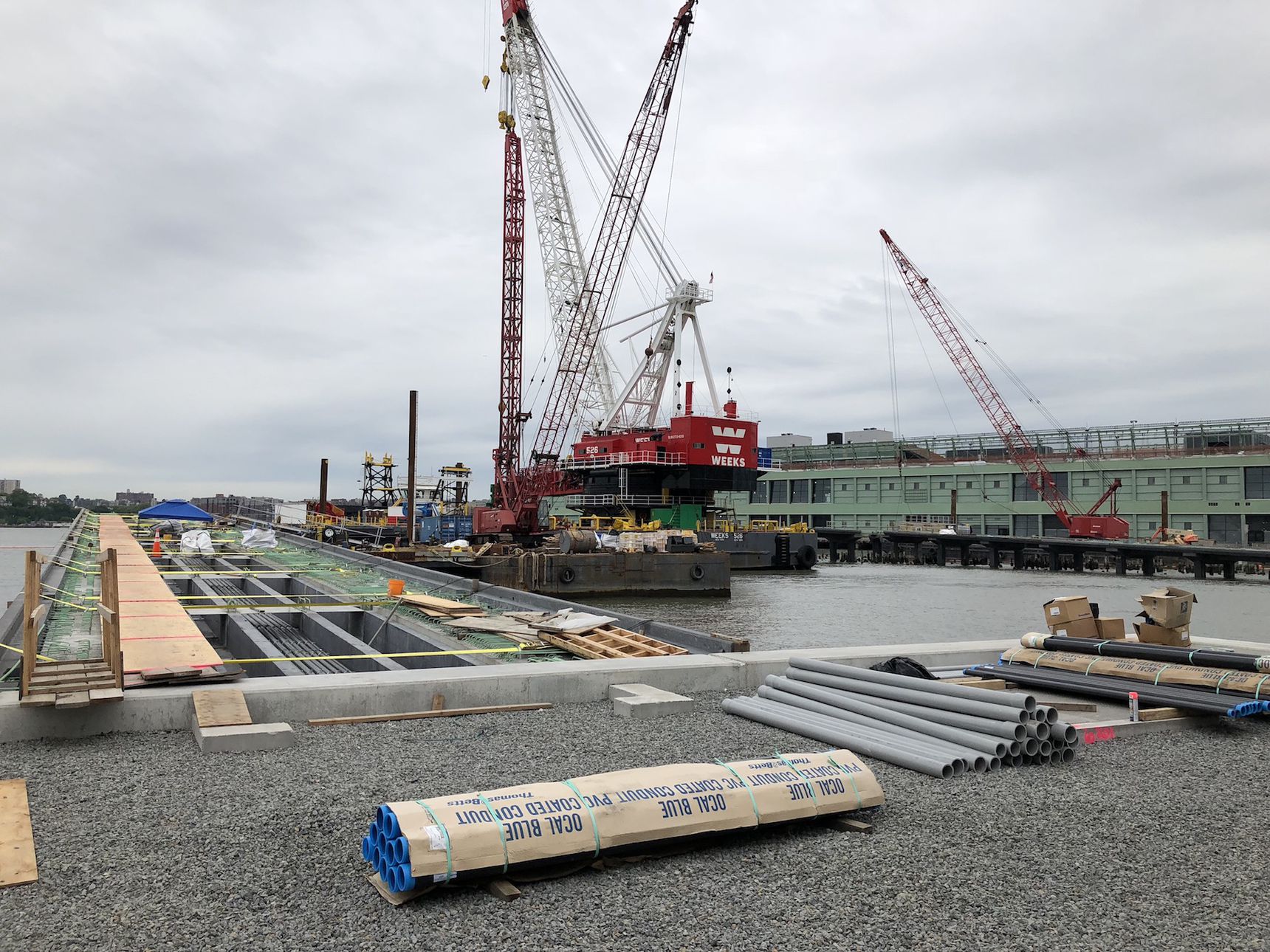 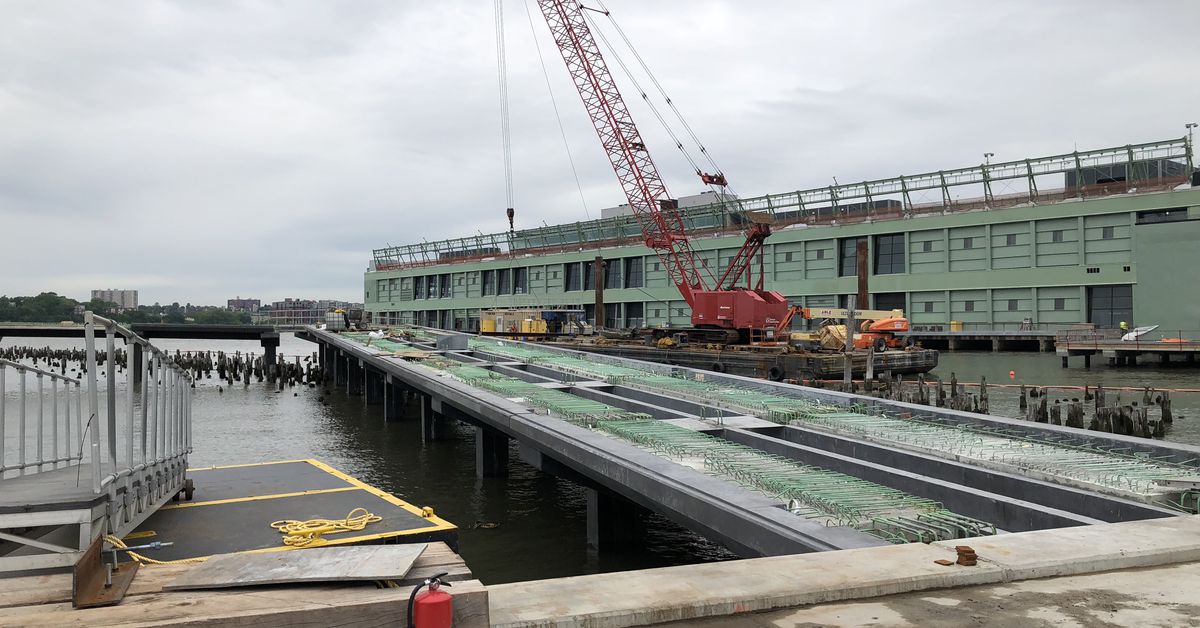 Work on installing the 480 piles that will support the park will begin next month. UPDATE 7.16.2018: Construction is moving along at the Thomas Heatherwick-designed Pier 55, according to the latest photos taken by CityRealty last