After months of negotiations, $2B Innovation QNS will be approved for Astoria 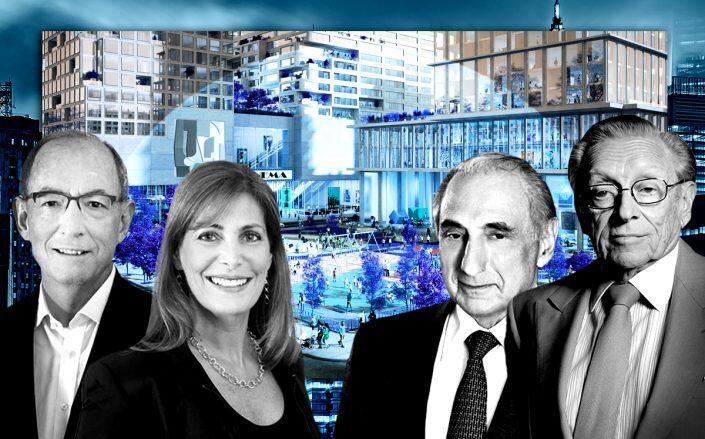 Silverstein Properties, BedRock Real Estate Partners and Kaufman Astoria Studios have come to terms with the City Council for approval of a controversial megadevelopment in Queens.

The $2 billion Innovation QNS will bring about 3,200 apartments to Astoria, 45 percent of them affordable. The deal was struck just before a Council subcommittee vote on the project Thursday morning and comes after months of negotiations, which often spilled out into the public.

The agreement calls for 1,436 affordable units including 500 for households earning 30 percent of the area median income and 157 for homeless people.

In a statement, local Council member Julie Won said it includes a $2 million anti-displacement and anti-tenant-harassment fund. Won said she is “diligently finalizing negotiations for commitments from the developer and the mayoral administration,” but the announcement means the rezoning is essentially secured.

Innovation QNS became the subject of Queens political infighting as Won and Borough President Donovan Richards butted heads over how much affordability was enough. Richards feared Won’s demand that 55 percent of units have below-market rents would render the entire project financially infeasible.

Initially, the developers proposed to make 25 percent of the apartments affordable, in line with the city’s mandatory inclusionary housing minimum. It was the standard opening offer from a developer needing political approval, and initially the drama played out to the usual script, with Richards and Won saying they would not support Innovation QNS without greater affordability.

Then things took an unusual turn.

Richards negotiated with the developers for 40 percent affordability and became an outspoken booster of Innovation QNS online and at rallies. Mayor Eric Adams weighed in on Richards’ side.

But Won blasted the proposal, saying the added low-rent units relied on city subsidy, and demanded another 15 percent of the apartments be made affordable on the developers’ dime. She claimed the project would trigger gentrification, pushing up rents in Astoria and forcing tenants to move. The mayor said the project would provide desperately needed housing, both affordable and market-rate.

Won’s disagreement with Richards became a public drama, and as she drew lines in the sand, City Council Speaker Adrienne Adams got involved to ensure an agreement was reached before the rezoning application expired around Thanksgiving. “The speaker is driving the train now, not Won,” a source close to the negotiations said Thursday morning.

In October, Won emailed her Council colleagues asking them to support her and maintain the tradition of member deference, in which the full Council votes with the local member on land use issues. Her overture was a sign that she might be overridden by the chamber, which the speaker had vowed would not become known for blocking housing.

“I reject that this will be a Council that says no to housing, given the scale of the crisis we face,” Adams had said in a September statement to the New York Times.

Member deference has only been ignored once since 2009, but a recent rezoning battle in Throggs Neck threatened to upturn the tradition until Council member Marjorie Velázquez and the developers reached an 11th-hour deal last month.

Last night, Rep. Alexandria Ocasio-Cortez, whose district includes Astoria, called on the city to provide a substantial subsidy to boost the project’s affordability levels. She stopped short of setting a numerical minimum, but supported Won’s push for greater than 50 percent affordability.

Although members of Congress have no formal role in city rezonings, AOC’s blessing was important to protect Won against a potential primary challenge next year from the far left of the Democratic Party.

Local 79 laborers, 32BJ SEIU, District 9 Painters supported the project, which will be built and staffed by their members.

The deal is the latest in a series of victories for developers, the Adams administration and pro-housing groups as the political winds shift in favor of mixed-income development. Progressive Council member Tiffany Caban approved the Durst Organization’s 1,400-unit Hallett’s Point, arguing that a combination of deeply affordable and market-rate housing is better than a warehouse development, which would have been likely under the existing zoning.

The full Council will vote on the rezoning for Innovation QNS as soon as next week.

Such encouraging news. Maybe the political winds will start blowing in a more pro-development direction? 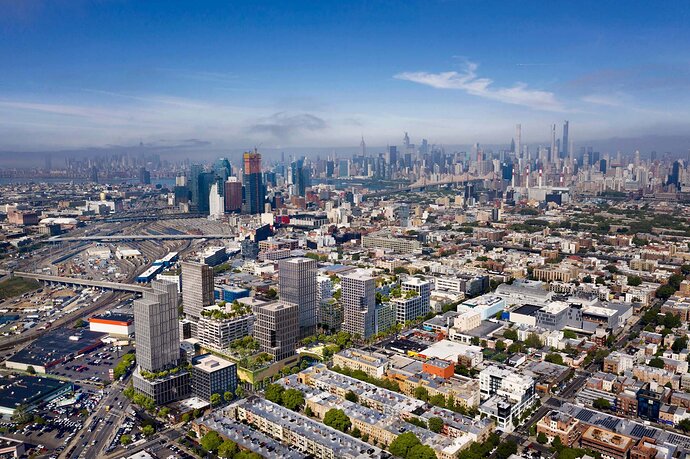 Two major projects that would bring 3,200+ affordable homes to Brooklyn and...

The New York City Council Committee on Zoning and Franchises on Thursday voted to approve rezonings Innovation QNS and Innovative Urban Village, which together would create more than 5,000 units of housing. 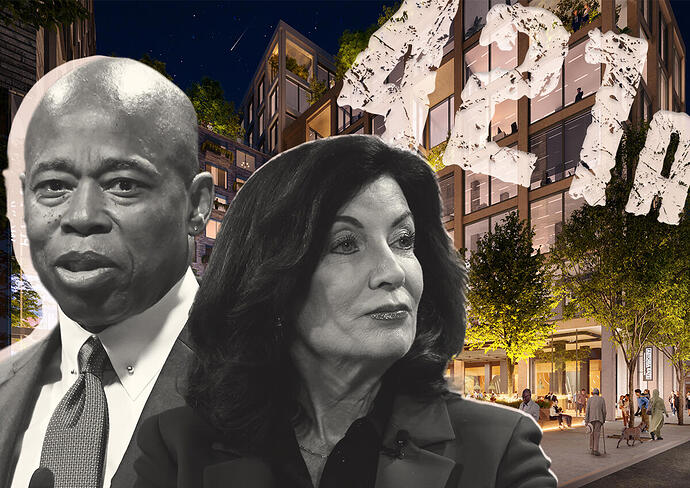 Innovation QNS Future Uncertain Without 421a

Some in the real estate industry worry that Innovation QNS will not get built unless lawmakers reinstate the 421a property tax break.

Sunset rendering, some of the building heights have been lowered. Overall, this development is massive, a city within a city. 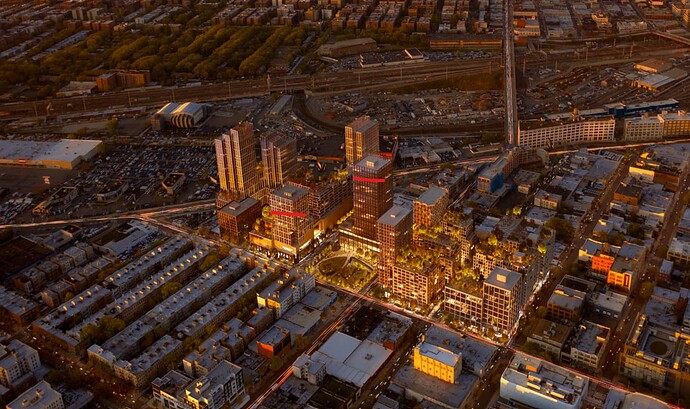 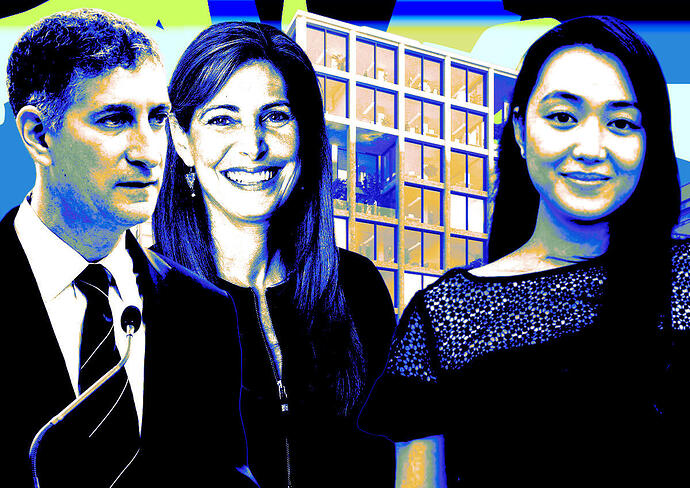 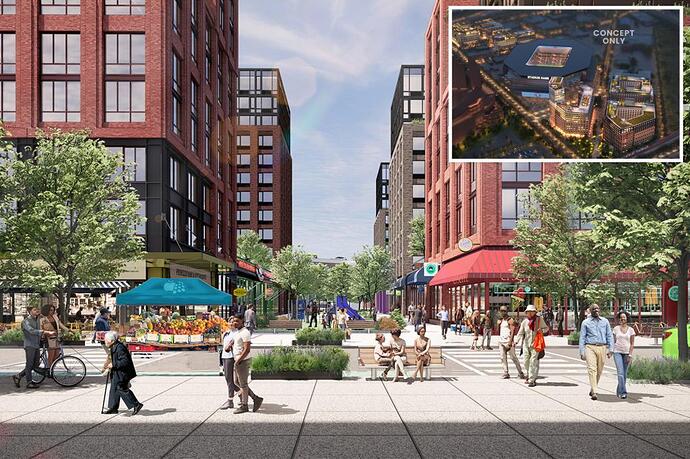 The City Council approved what is touted as the largest private affordable housing project ever to be built in the borough of Queens — a 3,190 apartment complex along five blocks in Astoria.

between this and Willets Point, such amazing news for new housing. 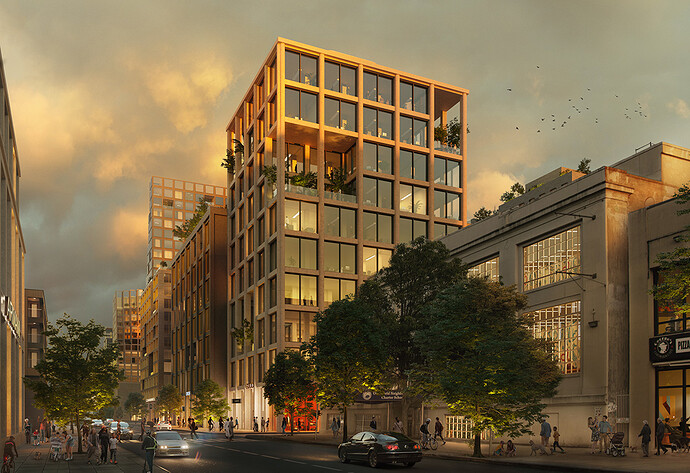